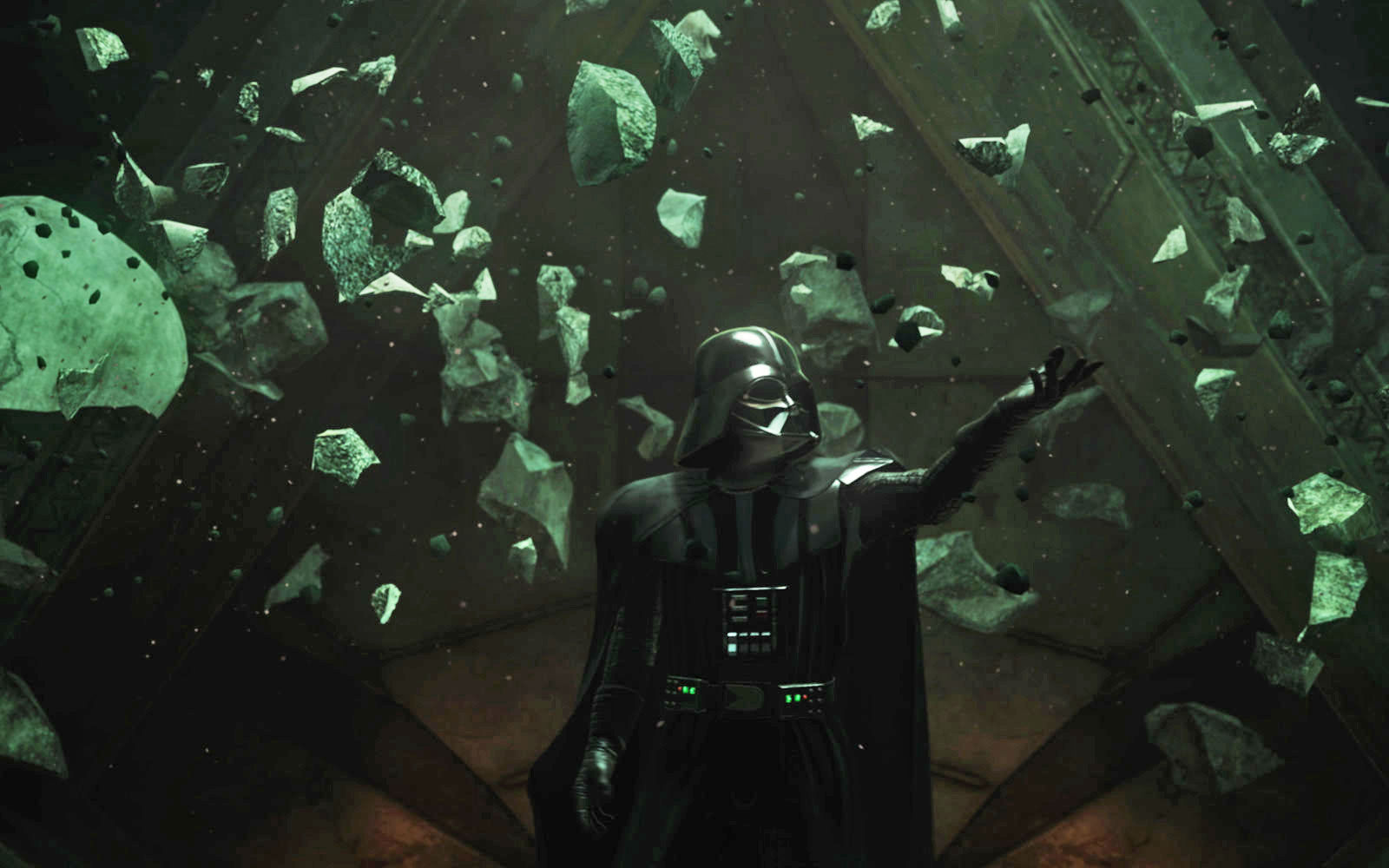 The deal is done: it cannot be altered

It’s hard to believe that the inaugural episode of Vader Immortal, a VR (and Oculus)-only experience came out in May.

Although it was very hurried I was hooked from the first run, and needed to see where it all ended. Naturally it can’t go full crazy and have you kill Darth Vader, but the mystic elements of the Jedi/Sith are concepts that aren’t as fully explored now that games like KOTOR are in the rear-view.

[You can read reviews for Episodes 1 and 2 here.]

Episode 3 is what a lot of us have been waiting for: blasters, all-out war with Vader, and a sense of really becoming a powerful force-wielder in VR.

I’ve mentioned literally “looking up to Vader” (as the game tracks your real height) multiple times before and it never gets old. Oculus was smart to really push this on the Quest: not only due to how accessible the device is, but to showcase the freedom of movement and how far this thing can push the envelope. Zooming up on Vader’s castle while taking in the sights of Mustafar feels empowering on this portable machine, even if it still never manages to push into “full game” territory.

Clocking in at roughly 40 minutes, Episode 3 is a crescendo blast, but still very low-key in the grand scheme of things. There was a moment where I was force-choking a Stormtrooper with my left hand, deflecting blasts with my lightsaber in my right hand, then grabbing an errant blaster out of the air with force pull and taking down more enemies, where I didn’t want it to end. I get the necessity of the slow build with the first two episodes, especially given that they each have their moments of gravitas, but this is what people wanted all along.

It also has a few fleeting instances of that cheesy George Lucas spirit without going as far as Darth Icky silliness. Several of these are woven into Vader Immortal effortlessly, like a chance to battle a TIE-Fighter on foot or gatling-gun-down an AT-ST as a giant army assaults Vader’s troops. Speaking of Vader, you finally do get to duel him, which, true to the spirit of Vader Immortal, is a brief bit of fun.

There’s plenty of opportunities to tell stories like Vader Immortal in this post-Disney acquisition era: ILMxLAB and Respawn have proven it. The former did a great job of taking an existing expanded universe storyline and making it their own, but naturally the allure of one of the most iconic villains of all time helped their pitch. This might be the end for now, but hopefully now that the groundwork is in place they’ll give us something more substantial and non-episodic. A new Half-Life and a full Star Wars fantasy would do wonders for VR in 2020.