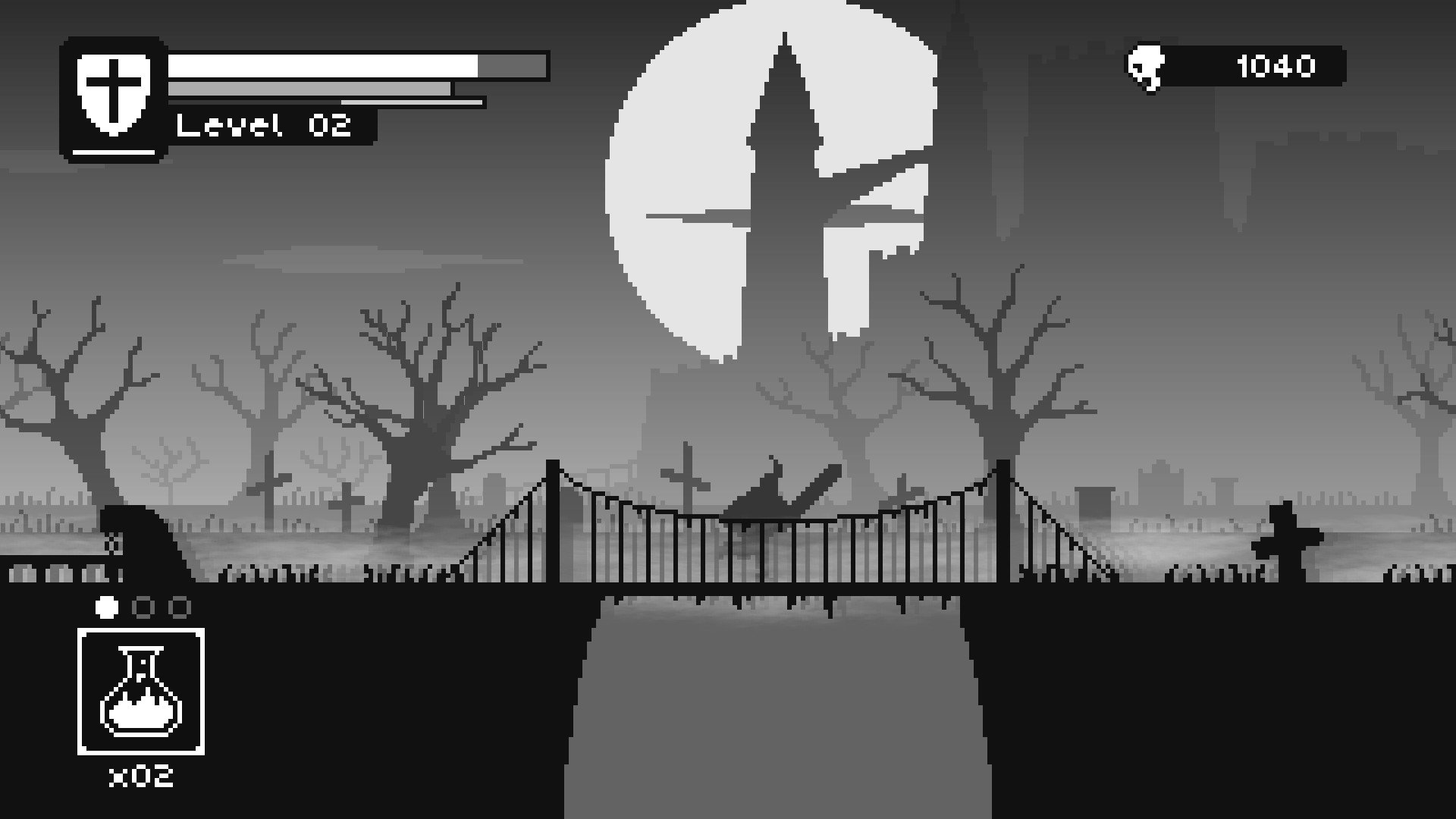 It is somewhat surprising we haven’t seen more games try to ape Dark Souls in the wake of its success. While there are a few big titles with similar mechanics (Nioh, Lords of the Fallen, and The Surge come to mind), most of those games are from the last few years and all of them released after Dark Souls’ own sequel. You’d think by now, we’d be swimming in a sea of “Souls-like” titles trying to emulate what FromSoftware did so well.

In the indie spectrum, there have been a few more games. Unworthy is one such game, releasing just a few weeks before E3 and practically getting lost in the storm of gaming news this month. Once the show died down, I gave it a shot and am wondering why more people weren’t talking about it.

This certainly isn’t another Dark Souls or even a genre-defining classic, but diehard fans of From’s franchise should find something they can enjoy with this game. 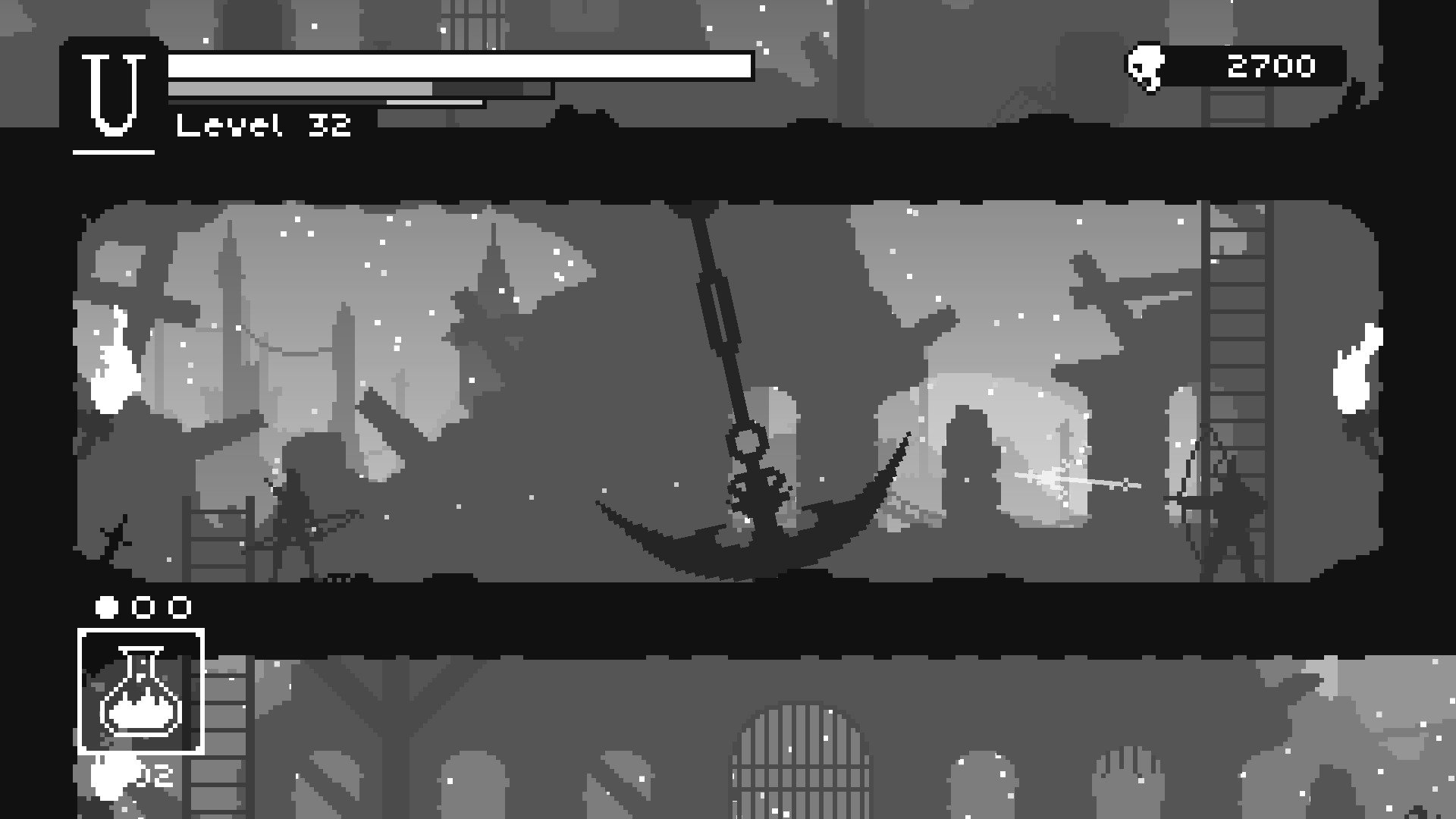 Much like FromSoftware’s famous series, Unworthy has a plot that takes place in the background. There is something about a religious cult and your character not being worthy of death, but the real star of the show is exploring the desolate world and fighting your foes. You’ll travel to different parts of the map and rack your brain trying to remember techniques you’ve acquired so that you can continue fighting foes and leveling up.

Progression through Unworthy is actually handled like a metroidvania. You won’t be able to take off in any direction you desire and keep plugging forward until nothing is left. At some point, you’ll come across an impossible-to-traverse gap that will require a different weapon and skill to deal with or a locked door whose key is being held by a boss. The map screen (which you’ll become very familiar with) fills in like the classic Symphony of the Night, though it won’t inform you of rooms you haven’t yet entered. With this in mind, your options for exploring deeper are more limited than From’s offerings.

That limitation keeps Unworthy moving at a stellar pace. You’re never without something to do and figuring out where to go next is as easy as looking at the map once you hit any walls. You’ll be able to see where rooms connect, so if you can’t keep walking forward and the room above you has a door, you’ve now got somewhere to shoot for.

Combat works pretty similarly to Dark Souls, albeit with fewer options to keep track of. Rolling and attacking are governed by a stamina meter and you’re given a limited supply of healing items that will refill at checkpoints. There’s only a single attack button you use and it can be held to modify your attack depending on the weapon. Each weapon has a specific secondary ability that is either passive or active. The starting option, a sword and shield, comes with an auto-block ability that has a cooldown after deflecting an attack while the hammer you’ll find has a shockwave option that can deal with foes at a short distance. That hammer can also break heavier foes’ shields. Figuring out which weapons work best for you is all part of the risk/reward loop that Unworthy has going for it.

Sadly, this is where one of my big problems comes from. Your character only has two open slots to equip weapons with, but certain areas will demand that you use more than two abilities to traverse. The best example I can give is using your hammer to knock down platforms and then taking out your spirit bow to teleport around. You won’t know this going into a room, so trying to piece this together on the fly means you’ll need to go into your equipment menu to change weapons, but the game won’t pause to allow you to do so.

It starts getting bad in boss fights when you’ll run in with a particular idea, but then the boss’ attack pattern demands you use a specific weapon and you can’t quickly swap over. I know the whole loop of Dark Souls is based around learning enemy patterns and coming up with strategies after repeat failures, but FromSoftware knew to allow for three weapons to be equipped in each hand so as to mitigate issues of people happening upon enemies that their preferred weapon wasn’t good against.

It just mainly becomes annoying when you’ll have two specific weapons selected for an area, move to the next room, and then need to change out one to keep progressing. It makes backtracking a pain in the ass which becomes doubly aggravating when you keep dying to a boss and need to repeat that process. With that being said, I’m also underwhelmed by the functionality of certain weapons. 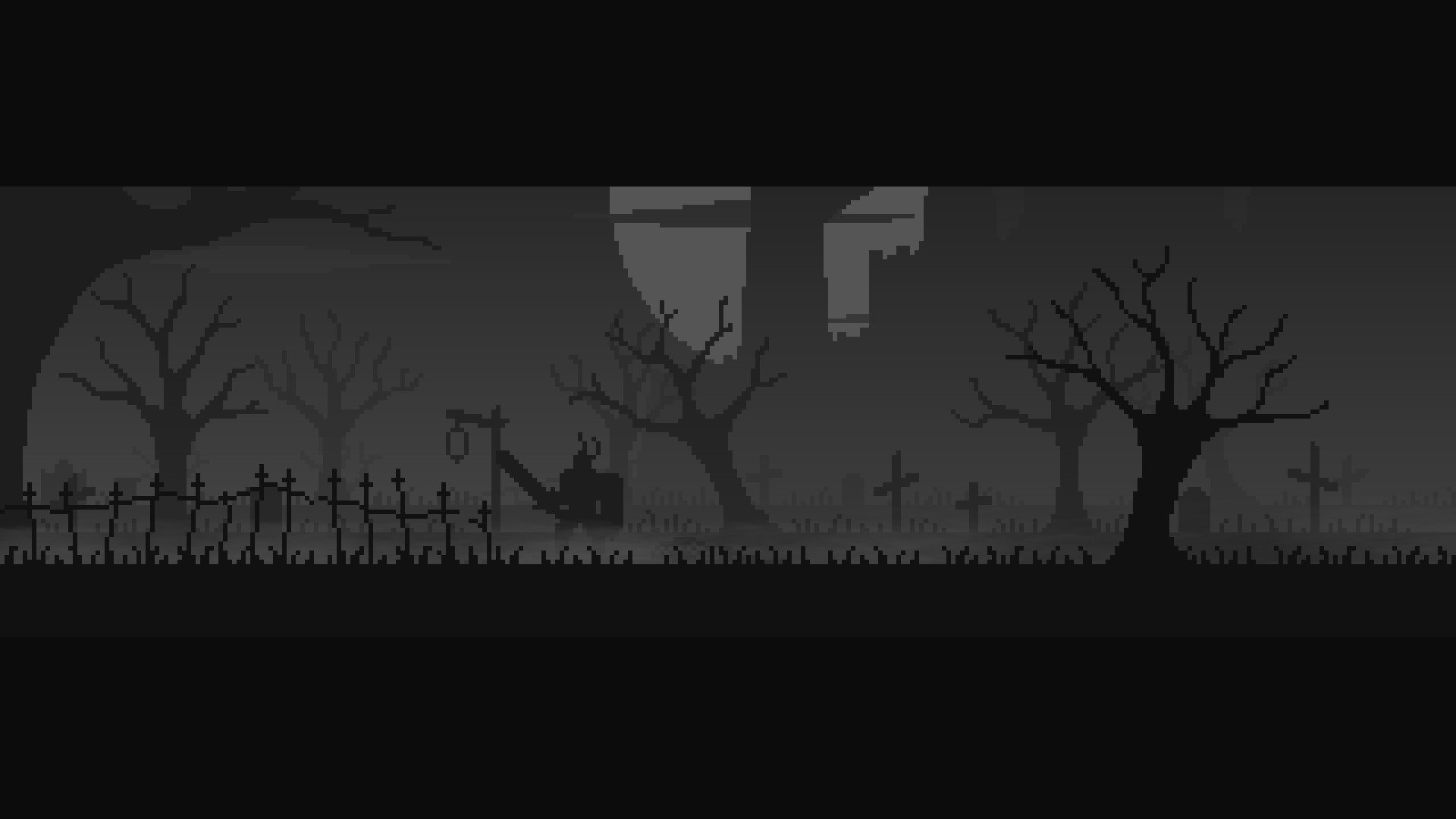 Blocking in Dark Souls is vital for most people. Trying to keep up with the ridiculous attack animations some enemies have can be a nightmare and you won’t always have enough stamina to roll past attacks. It is nice that a block is available in Unworthy, but trading your buffer for mistakes just to get slightly higher damage output doesn’t feel worth it. For nearly the entirety of my playthrough, I stuck with the starter weapon because it allowed me to make mistakes and not immediately die from them.

One weapon in particular, the Soulflame Gauntlet, doesn’t seem to serve many purposes. You acquire it very late into the game and its use for traveling the world is extremely limited. There isn’t a point in learning a new tool at that stage and its damage output is so painfully low that using it against enemies feels like an artificial difficulty boost. It certainly looks cool, but I would have liked to see more of a practical use for it (and basically every weapon).

For that matter, even the visual design of every area is a bit too similar throughout. I know the aesthetic choice was to make a grayscale environment with more of an emphasis on background detail, but each area bleeds together and it becomes confusing trying to figure out where you’ve been and where you’ll need to go next. Just some color on the map would change this (highlighting if you’ve done everything you can in a room), but providing more detail into each environment could go a long way towards making Unworthy a bit more memorable.

At least in the area that counts, Unworthy feels great. The combat is meaty and satisfying and requires a lot of patience to surmount. Trying out the different weapons is fun mostly because the animations for your attacks are so wonderfully executed. Even the enemies have this same level of detail, looking like poetry in motion when they’re slicing your face off. Their attacks are incredibly varied and you’ll constantly be on your toes trying to figure them out. 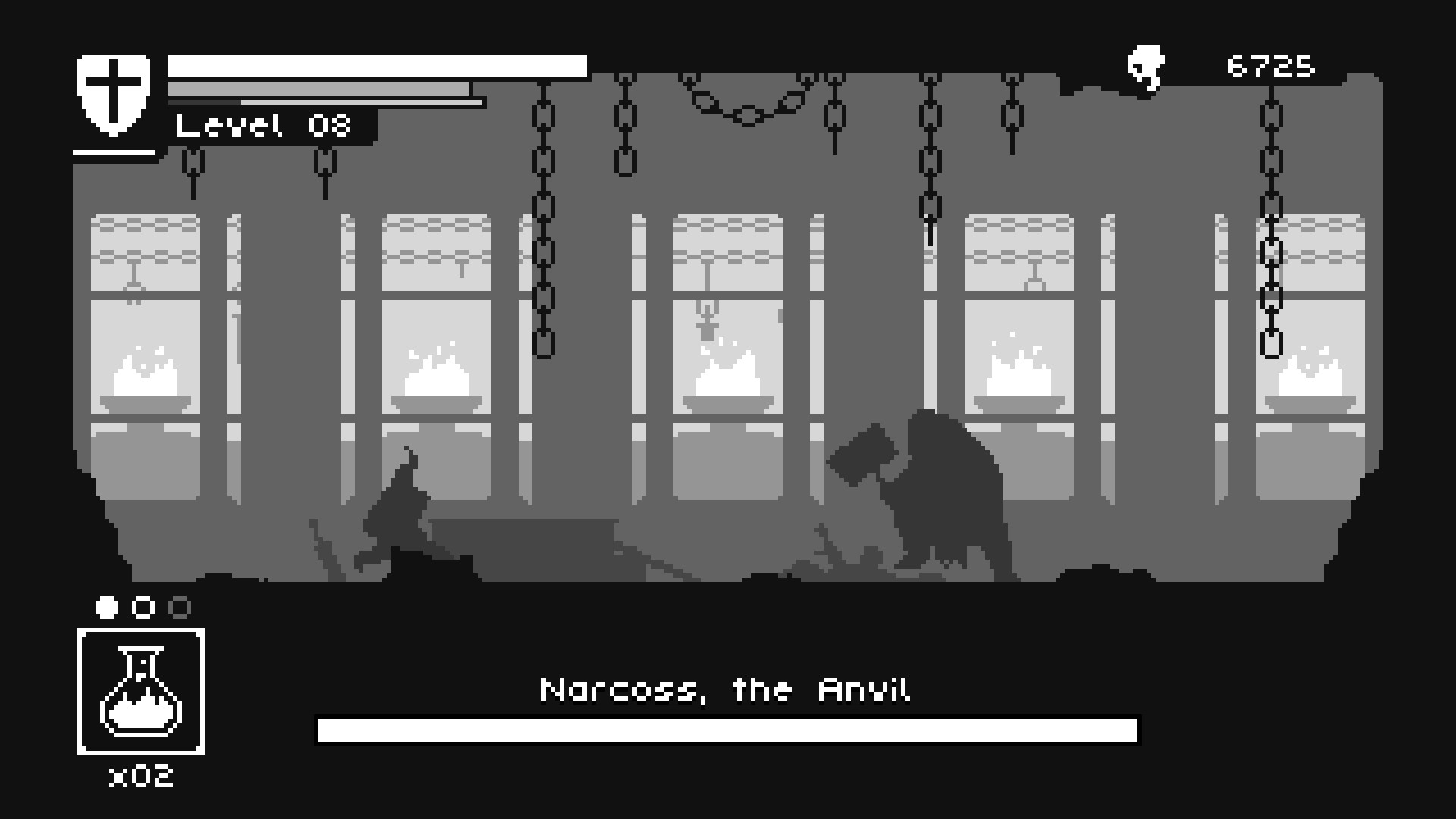 The boss battles steal the show, providing something different with each encounter. They can, sadly, all be taken down the same way, but figuring out their tells and patterns echoes some of the majesty that FromSoftware has gotten down to a science. Unworthy may be limited to a 2D plane, but that chosen limitation has given way to some creative fights that will get your pulse pounding. I died more times than I care to admit to some foes, but finally defeating them felt great.

The biggest problem is just that the rest of the game surrounding those moments doesn’t feel as tightly constructed. Certain generic enemies have overly punishing attacks and can even get your character stuck in damage loops that you’ll just have to soak up. The different areas don’t really offer unique puzzles to overcome, just the same kind of platforming challenges turned up a degree. Some areas are also weirdly devoid of checkpoints, making death a maddening affair when it means repeating upwards of 15 minutes of backtracking.

There is one key change from Dark Souls’ formula that, I believe, is intended to cut down on frustration. Dying won’t reset your experience points, just your currency (which is calculated as “Sin”). What FromSoftware got so right was the penalty a player would suffer from failure, meaning you always had to be careful and play at your best. With Unworthy, you can spam out a few easier enemies, level up a bit, and then steamroll the areas that are giving you trouble. This completely derails the careful difficulty balance of the game and makes the ending drag on a bit. 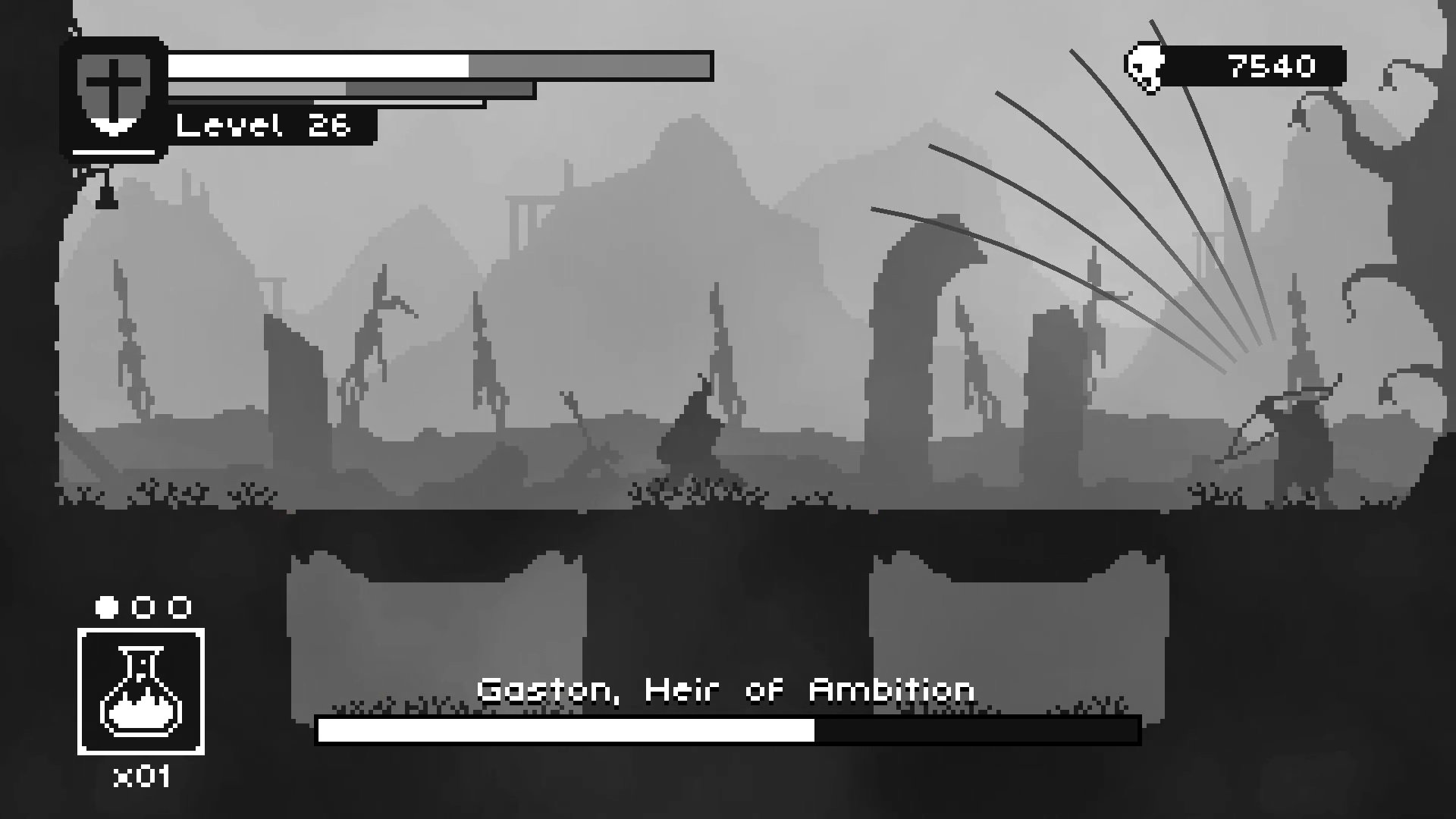 Even with those flaws, there were moments of wonder in Unworthy that kept me going. A couple of scenes are littered with environmental details that make the world feel lived-in. The combat is also well done to the point that I looked forward to tackling foes again and again. I just wish I cared more about the environments I was going through and the puzzles provided as much of a challenge as the enemies.

The fusion of Dark Souls with metroidvania is something that can certainly lead to a great title. Unworthy falls just a bit short. Not much can be done about the level design, but a few key tweaks to item management and difficulty balancing could lead to this becoming a hidden gem. If nothing else, it scratches the itch for more Souls that From has left.