(This review was originally published as part of Flixist SXSW 2018 coverage.)

Blumhouse is on a roll right now. They’re making some of the biggest hits in horror, and, of course just pulled in an Academy Award nomination for Get Out. That’s why I was really excited when an untitled Blumhouse horror film was going to open the midnight screeners at SXSW.

What the untitled surprise film was was a spiritual sequel to Unfriended, the horror film that took place entirely on a laptop screen. That movie turned out surprisingly well despite being based entirely on what can only be called a gimmick, but it looks like Blumhouse wants to take this gimmick and turn it into another anthology of horror films about people getting murdered while on their computers. After seeing the new film, Unfriended: Dark Web, I’m not entirely against the idea. 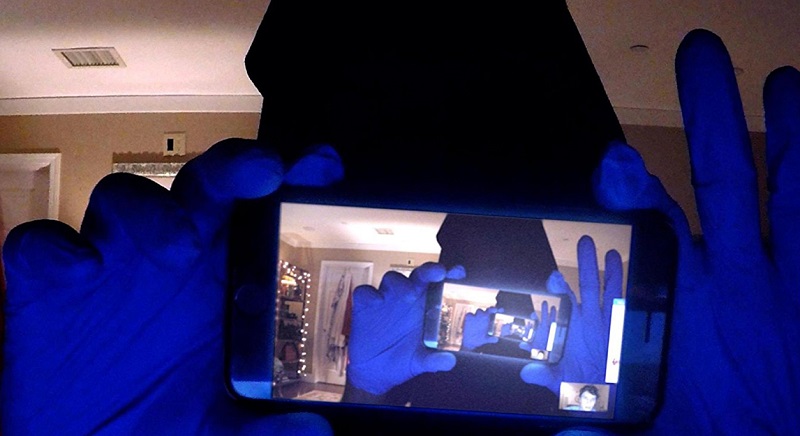 The movie plays much like its predecessor, completely locked into a single computer screen where chat videos, social media, and other apps pop up as terror is struck on an unwitting group of friends. Other than thematically, the movie is completely separate from the original. In this film Matias (Colin Woodell) finds a laptop at a coffee shop he works at, and after it isn’t claimed he decides to take it home so he can have a computer that doesn’t suck, and also finish working on an app that helps him talk with his deaf girlfriend. However, upon opening it to start up game night with his friends over Skype he discovers its actually owned by a killer who works for a group of people that pay to watch murders live. You can imagine how things unfold from there.

The key to these films, it is now clear, is to keep them short and sweet so that the gimmick doesn’t wear thin, and the single screen focus doesn’t get old. Dark Web understands this clearly and plays short and sweet. There are moments, much like in the first one, where the hackers ability are somewhat godlike, and don’t make much sense, but that’s a pretty standard trope in most horror films. In fact the limited views, and fixed cameras actually add to some of the horror that is going on. Your inability to know what’s happening anywhere but on the screen ramping the horror up since, as many horror movies forget, its often what you can’t see that’s the scariest.

The film plays out in real time, and the actors basically did everything in one continuous shot, which is impressive. It adds an air of a horrific stage play to the proceedings or maybe even a Hitchcockian element. Not that the tension or quality ever rises to the level of the greatest suspense director in history, but it has flavors of his work that are quite welcome. This functions more as a thriller than a horror really, with the suspense built around the situation and not impending death (though there is plenty of that).

The unfolding mystery of who is behind everything and why they’re terrorizing this group of friends is the films weakest point. While it starts out somewhat compelling things start to get a little silly by the end, and the bare bones narrative struggles as they try to put meat on it. But it really doesn’t need the meat, it’s bones are strong enough. As such things get a little too contrived by the end, and the film loses both its narrative and structural components. Despite this it can still stick with you a bit, especially when you come home and boot up your computers. The ubiquity of the computer screen in our everyday lives leads to a level of simmering fear from the film that you don’t find that often.

Dark Web is a surprisingly welcome sequel. It’s not going to be a horror classic, but it plays with its concept enough to feel like its different from the original. I’m not sure how long Blumhouse can stretch the idea out into a full fledged horror franchise, but for now the gimmick still works.

Filed under... #Film or TV#Flixist#Horror#SXSW