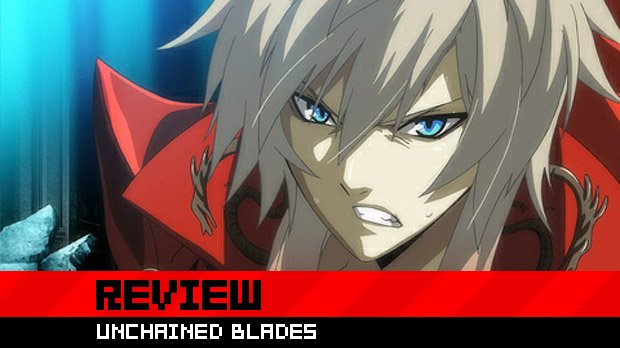 I’m not the biggest RPG nut, but over my last decade of gaming, I have appreciated most of the RPGs I’ve played. After starting on Pokemon, I’ve played a Final Fantasy or two, and even delved into Persona. But until recently, I’d never even bothered trying the dungeon-crawler subset, specifically the type inspired by Wizardry.

Wizardry was surprisingly popular in Japan, leading to numerous spin-offs and games based around exploring labyrinthine dungeons in the first-person. These games are usually very light on story, focusing on navigating an area and fighting lots and lots of monsters. Because an RPG’s story is usually more important to me than the actual combat, it makes sense that I’d avoid this sub-genre, though I might make an exception for intriguing battle systems.

Unchained Blades places a greater emphasis on story than most games in the Wizardry tradition. It features a multitude of playable characters designed by various manga and anime artists and an overarching reason for traipsing through mazes. It also adds new systems meant to play off of the fact that characters have a personality. While Unchained Blades features elements that might draw in players like me, it sadly takes more than a narrative and unique systems to make an engaging experience. 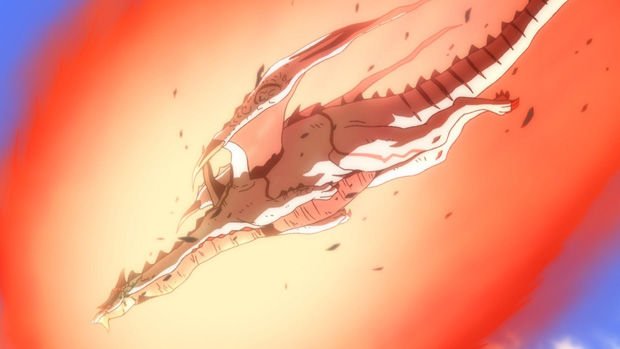 The game introduces Fang as the Dragon Emperor, one of the most powerful beings in the world. In his hubris, Fang approaches the goddess Clunea in her sky temple and demands to be told of the strongest monster in the world, eager to test his strength. Understandably, this offends Clunea, who sends him crashing back to earth as a fledgling, the weak, human-like form of those still too young to be true dragons. To gain his power back, Fang must go questing through Titans, giant living dungeons, in order to be granted a wish by the goddess. Along the way, fledglings from other monster clans will join him, each with their own wish to be granted.

It’s a cool premise for an RPG, but even though Unchained Blades has more story than most dungeon crawlers, its influence on the core experience is very light. It doesn’t change the fact that the story still centers around trekking through mazes and fighting tons of enemies. It does try to shake things up by focusing on different characters in different chapters, but then it’s right back into fighting through dungeons.

The numerous party members are almost all human versions of the monsters you would usually fight in RPGs, like golems, phoenixes, reapers, and Medusas. It adds some novelty to the usual band of adventurers, but it doesn’t mean they’re well-developed. All the characters can be boiled down to a simple character trait: Fang is an overconfident jerk, Lapis is a shy cute girl, Tiana is a hot-headed princess. You can attempt to learn more about a character by talking to them at a campsite, but they rarely give any valuable insight. For example, I talked to Fang and was treated to a soliloquy about how much it sucks to be a fledgling again and how much he wants to get revenge on Clunea. Hm, you don’t say? 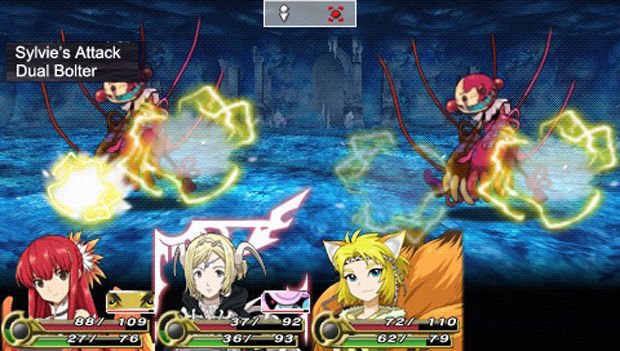 This seems to be the fault of the original developer rather than XSEED’s localization work. They tried to impart more personality to your party, but it doesn’t look like there’s much room in the script to add characterization. Many segments feature voice acting, which helps, though characters like Hector and Lapis can be too cutesy. XSEED deserves a reprimand for the way text displays, though. There’s an extra space after every bit of punctuation. Putting a double space after a period is controversial enough, but putting a space after a comma or even an apostrophe looks amazingly sloppy, like I was reading a fan-translation hack.

The diverse characters also run into a slight problem in terms of visual consistency. Fourteen notable anime, game, and manga artists contributed character designs, and as a result some of the characters don’t mesh well, either because of their clothing or because of their face, especially the eyes. In particular, the delicate design used for the reaper clan’s Sylvie looks strange when introduced alongside the spirit fox clan’s Niko. It isn’t too annoying, considering that all the characters are from different clans, but it’s still distracting, as if seeing a CG-generated character mixed into a hand-drawn crowd.

Conversely, customizing your characters’ skills is one of the best parts of the game. The skill map is made up of numerous rings full of stat boosts and new abilities, similar to Final Fantasy X‘s sphere grid. Every additional level gives the choice of two new bonuses, with further branches offering new possibilities. Furthermore, gaining all the bonuses on a single ring opens access to the skill in the center, which is often more powerful. It’s a matter of balancing the accumulation of nearby skills with progress towards the farther, juicier skills, and I really liked the control I had over each character’s build. 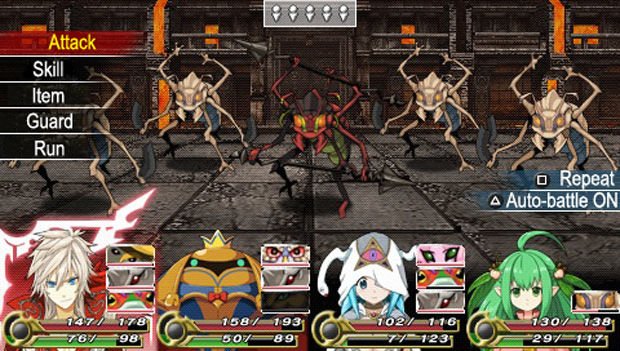 But enough about the story and characters, dungeon crawlers are all about crawling through dungeons, and boy, do you crawl. It’s easy to forget where you’re headed in the first-person dungeons when the same undetailed tiles are repeated everywhere. In fact, once you’ve uncovered the map by exploring the area, it’s more useful to look at the map than the actual environment.

Naturally, you’re forced into random encounters every so many steps. The usual turn-based battle elements are here: attacks, special skills, items, and running, as well as powerful “burst” skills unlocked when a character has attacked enough. Up to five enemies can appear on a screen, though they’ll often be all the same type of enemy. If one enemy differs, it will generally appear in the middle as a sort of “general,” and taking it out causes a “union break” that stuns the remaining enemies in some way. This seems to suggest new strategy concepts, but in practice the middle monster was always the strongest, so I just made it my target every time.

In a Shin Megami Tensei-styled twist, your characters can use their charisma to win monsters over to their side. Charisma rises and falls based on your battle performance, and if it’s high enough, characters can “unchain” weakened monsters. After passing a timing minigame, the monster will join your party. However, it doesn’t fight directly in battle, instead serving as one of up to four “followers” that attach to a character. The higher a character’s charisma, the more likely a follower is to perform follow-up attacks, or even block or fully deflect an enemy attack. Followers will often approach their master after battle and ask a question, and answering correctly can boost charisma, improve the follower’s mood, or earn gifts. 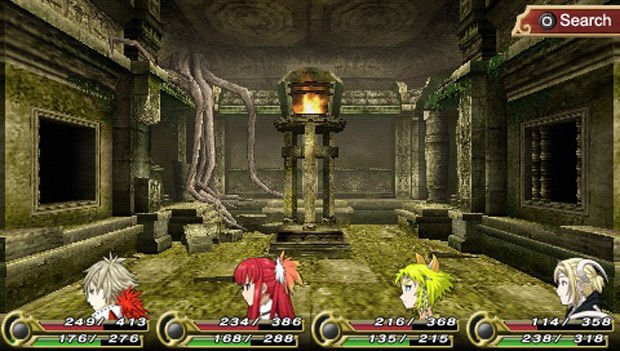 Unfortunately, anything involving followers is random, determined by your charisma score and the follower’s mood, and as a result feels superfluous. The extra damage followers do is negligible, and only useful if a monster has only 1 or 2 HP remaining. There were countless times when I would have really liked the ability to tell a follower to not kill itself to protect a character with full HP, or instruct it to deflect a crucial blow, but there’s no way to control these things. Even their questions seem random, as it’s impossible to check the follower’s personality while they’re asking, This means you have no idea which response will produce which effect. One follower told me I needed to learn to dodge more, and when I agreed with it, it thought I was patronizing it, worsening its mood. When you have more than one of the same monster attached to your party and they have different personalities, it’s very difficult to remember how to sweet-talk them all.

Occasionally, your followers will be forced to fight a boss battle themselves against a massive group of enemies. This involves the followers throwing themselves at monsters and butting heads with little control from the player beyond a scrolling line of arrows that need to be pressed. How long they last before needing the next follower to automatically take over depends on their level. Occasionally, a follower will be forced into a one-on-one fight, which is the signal to mash X as fast as possible to win. These battles are the most superfluous use of the followers. They basically serve to halt progression until the game is satisfied that you’ve unchained enough monsters, even if you can’t equip characters the number of followers they need just to pass the battle. 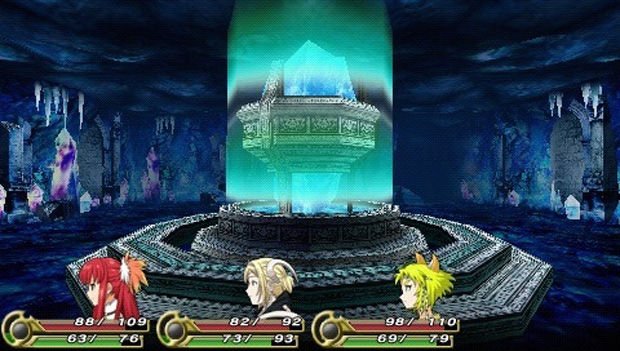 But this is par for the course in a game centered around grinding. Forget going through a dungeon in one go; noticeably stronger monsters show up on each floor, and sometimes even within a floor once a certain point is reached. Instead of providing a smooth curve tailored to the average path through the dungeon, each new section requires the player to stop and grind until that area’s monsters can be handled efficiently enough. Then, it’s time to head back to town, heal up, and try tackling the next area.

The grind gets tedious fast, since the rapid rise in monster difficulty feels like padding to keep players from getting through dungeons too quickly. It’s worse when you realize there’s not much strategy behind battles, as the repetition turns an average, functional combat system into a drag. Even Tsutomu Narita’s well-done soundtrack becomes boring when you’re stuck in an area too long, forced to fight in too many battles to get to the next part of the dungeon.

As if to enhance the sluggish pace, once I finally started to make good progress in the skill map, the second chapter took the initial four characters away from me. I was stuck with a fresh set of characters, all at level one, which stole any sense of momentum the game was gaining. Adding insult to injury, this new party’s first dungeon was the same dungeon I had just spent hours inside with my old party. It undermined any feelings of advancement that I had pushed for in the previous chapter. 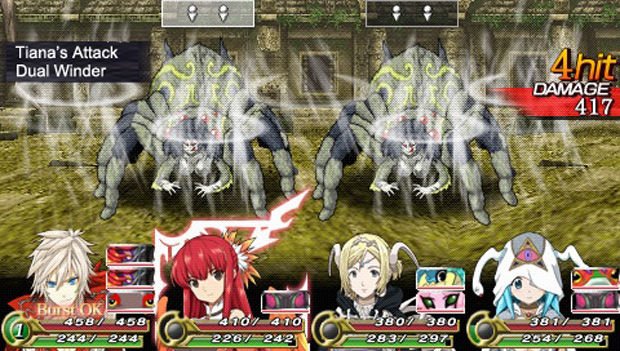 All of the unique features that Unchained Blades tries to add to a standard dungeon crawler aren’t enough to make it stand out. The story is too light to augment the game’s core mechanical focus, while ideas like the follower system feel tacked-on and inconsequential to strategy. Fans of dungeon crawlers may squeeze some enjoyment from the grind, but most players will be turned off by the tedious progression and repetitive battles.