I thought we had said good-bye to Umihara Kawase. After all, the last game in the series was initially known as Yumi’s Odd Odyssey in the west, but it was later re-released under its Japanese name: Sayonara Umihara Kawase. That sounded pretty final, yet here we are, six years later, and a new game has been released in the series.

Umihara Kawase Fresh is the latest game to star the titular swinging fisherman, Kawase. It’s a fresh start for the series, as the gameplay has been taken and shaken up. Rest assured that the same bouncy elastic physics are still here. However, everything wrapped around that classic core has been rejiggered into something new. 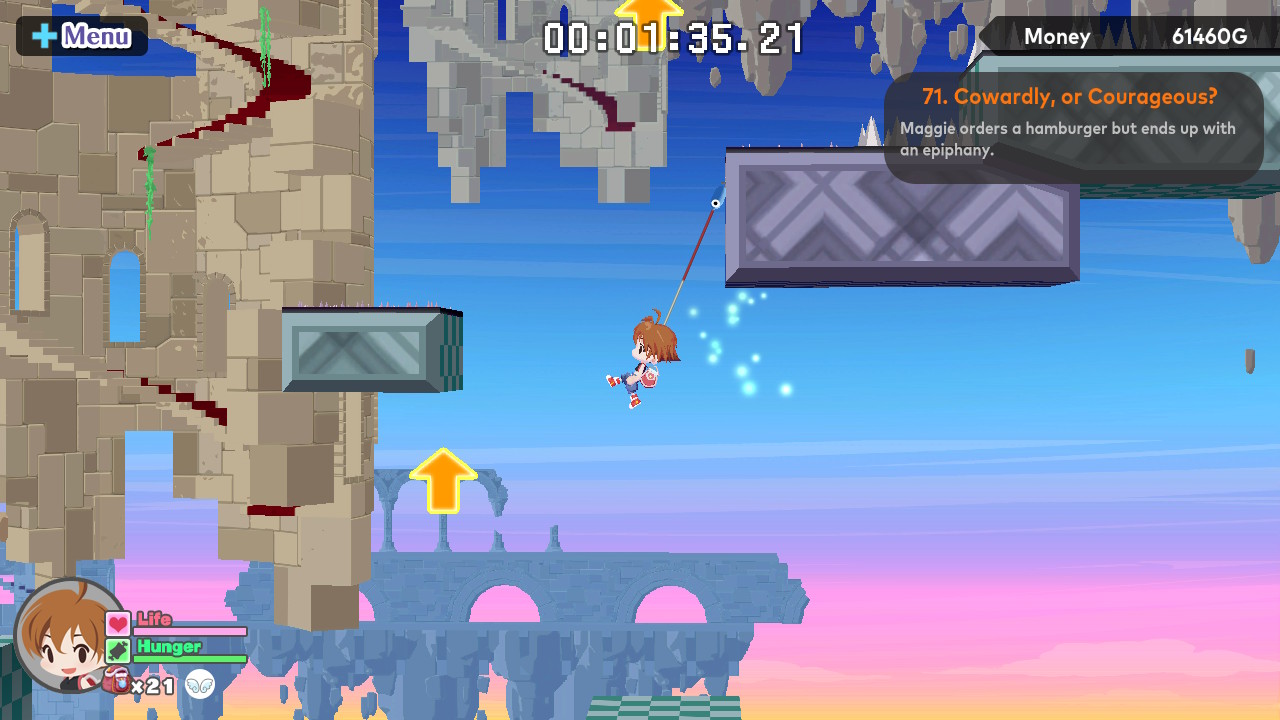 For those uninitiated, the Umihara Kawase franchise is something of a niche collection of games. Originally released on the Super Famicom, Umihara Kawase is a series of challenges centered around the use of a flexible fishing rod. The rod is used to climb walls, swing across gaps, and sometimes fling yourself to safety. It’s sort of like Spider-Man if he didn’t have spider-agility, or Rad Spencer if his bionic arm was made of rubber. You’re tasked with guiding Kawase from the beginning to the end of a course as quickly as possible without getting yourself killed, which is easier said than done. Although extremely cute on the surface, the games are brutally difficult.

They also look and sound like budget games, but looks can be deceiving.

The real charm of the series comes from the high skill ceiling. I’d say it’s easy to learn and difficult to master, but the bouncy physics and unforgiving level design makes it difficult to learn to begin with. However, if you stick with it for long enough, these physics become familiar and you can pull off more advanced techniques.

After three titles, I began to feel that the series had done all it could with the central mechanic. However, with Umihara Kawase Fresh!, things have been taken in a different direction. Rather than being forced through an increasingly more unforgiving gauntlet of levels – filled with branching pathways and multiple endings – you’re instead dropped into a cohesive, interconnected world. Don’t mistake it for a Metroid-style explore-’em-up. You’re instead presented with an ever-growing list of quests, to be tackled one at a time.

The story follows the eponymous Umihara Kawase, now presented as a traveling chef, who finds herself in a town she recognizes from her dreams. She’s quickly employed by a local restaurant and is often sent out on deliveries where she meets the local residents. The story as a whole isn’t very special, but it’s at least succinct. Few cutscenes are longer than a few lines and Fresh! doesn’t waste much time with exposition before thrusting you onto your next quest. 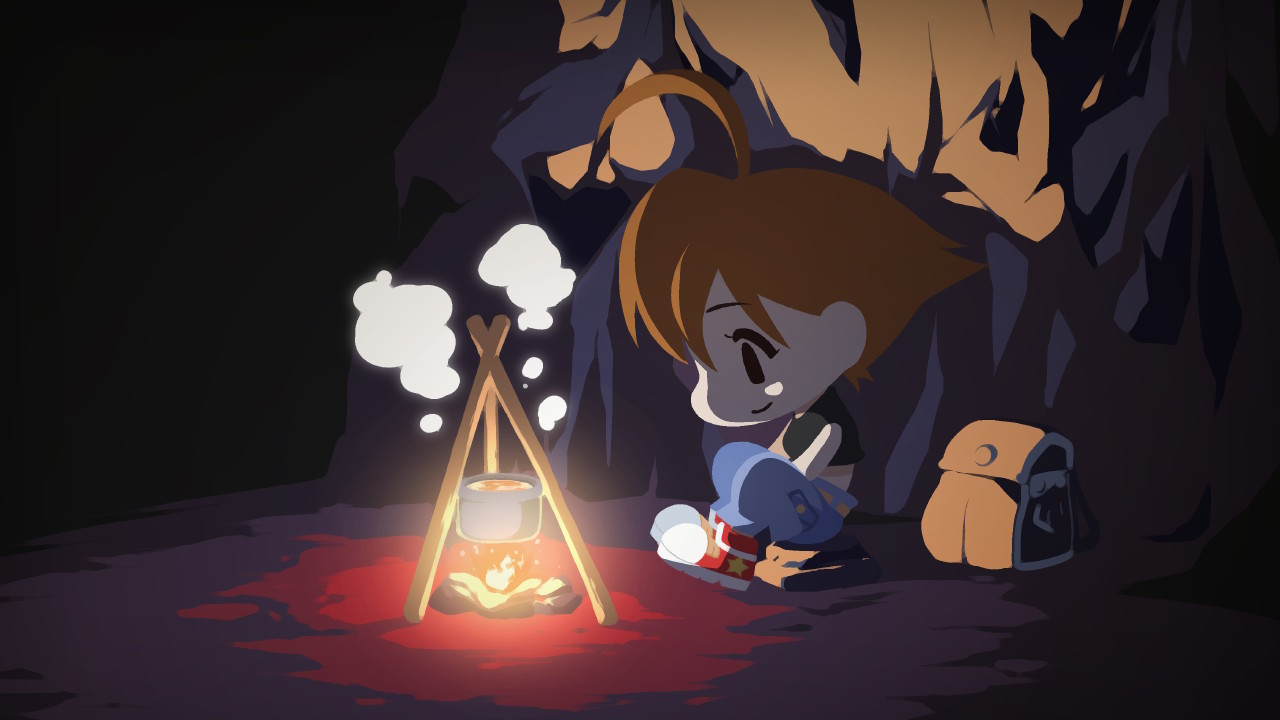 The town is a bizarre collection of floating geometric shapes, similar to the level design of the previous games. Every so often, the house of a resident is dropped on there. It works; the terrain is easy to read and ready-built to swing around in, but it definitely looks pretty spartan. Each of the areas within the world feel distinct, from the floating cluster of the castle to the deep abysses of the caverns.

The lands are patrolled by enemies such as goldfish and loaches walking upright on sexy legs. You dispatch them by stunning them with your rod and then loading them into your backpack. They serve as ingredients for dishes you can make that will buff you, refill your hunger meter, and provide a bit of health.

It can sometimes feel like the interconnected world is wasted with the rather restrictive quest system, but it makes sense when the movement system is taken into account. It’s easy to feel bogged down with swinging, especially when you’re forced to climb to a great height and are under the constant threat of falling and starting again. The quest system ensures that you’re not constantly traipsing back and forth between the same locales, visiting the same places to try and find where to go or who to talk to next. A list of quests does feel impersonal, but it feels like a necessary compromise. The game also doesn’t stop you from leaving the beaten path, even rewarding the adventuresome spirit with hidden bosses and treasures.

While Umihara Kawase Fresh! feels like a more laid-back and relaxing approach to the gameplay, it does have its tense moments as you try to hook your way around cliffs and avoid spikes. The instant-death mechanic has been scaled back through the use of a health bar, that you can refill by cooking and eating food. There are also no bottomless pits to fall into, though losing your progress by falling back down to earth can taste just as sour. You’re also provided with campsites where you can respawn whenever the hazards get the best of you. 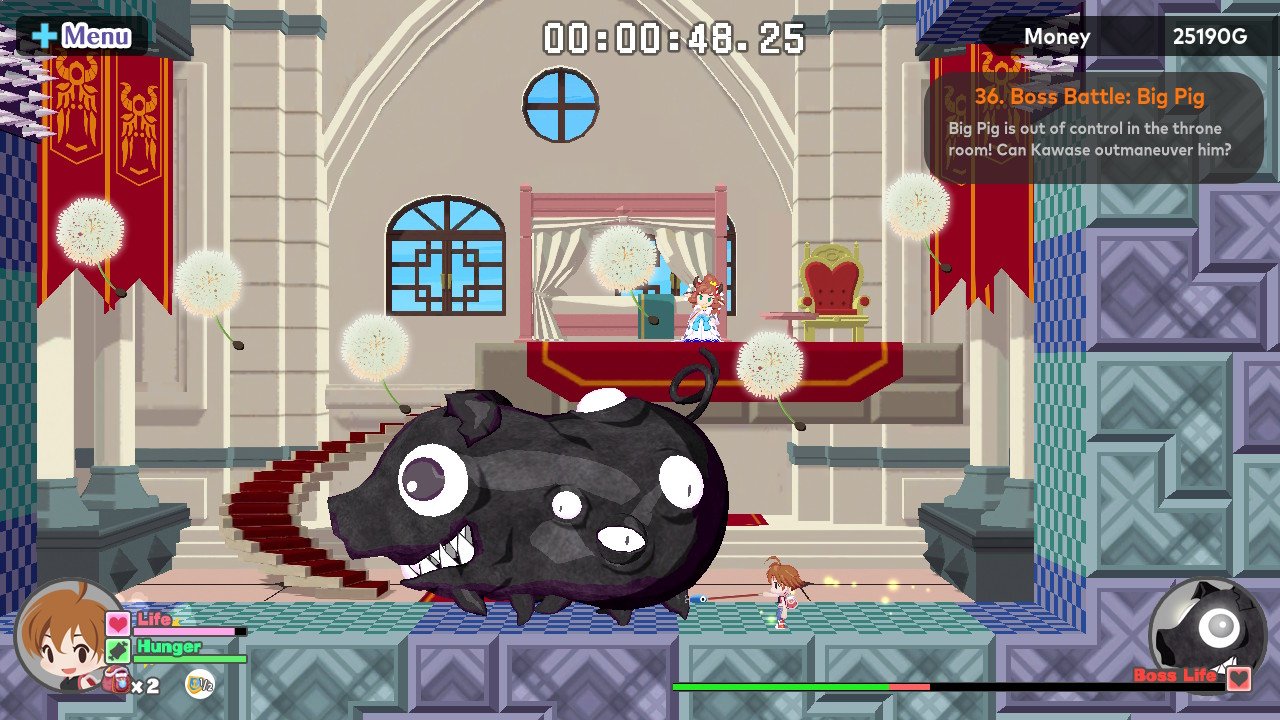 If all these concessions to make things less difficult rubs you the wrong way, you can always try out the games time trial or challenge modes. Both restrict item usage and challenge you in ways closer to the classic titles. That doesn’t mean that quest mode is easy, by any means, it’s just not as brutal as some of the older titles could be. I still found myself cussing at the screen, but I felt like progress came easier than it did in the other titles.

More care could have been taken to even out the difficulty, however. It tends to fluctuate wildly if the quests are tackled in a linear fashion. I think the quest I had the most trouble with happened somewhere around the middle of the game, while even the last few levels I tackled without much effort. Some quests towards the end can still be completed in under 30 seconds, while others can take over 15 minutes. There’s no real consistency.

The bosses are perhaps the biggest letdown, not that they’ve ever been really stellar in the series. The boss encounters in previous games were largely obtuse puzzles, sometimes just requiring you to stay alive. Here, bosses have actual health gauges that are drained by hooking your lure to them. While it’s interesting that the encounters closer resemble actual fights now, it’s really easy to cheese your way through them by buffing yourself and scarfing pancakes whenever your health gets low. 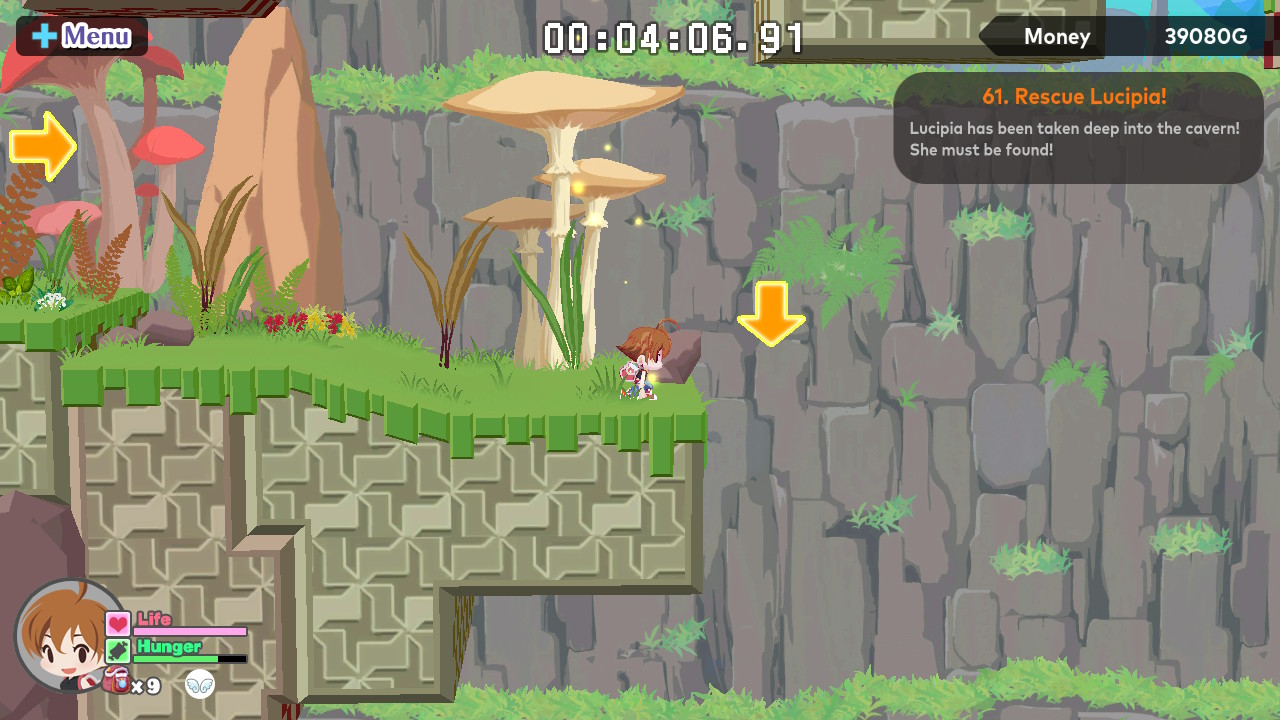 The gameplay in the Umihara Kawase games may be a tough sell to some people, as it requires finesse and familiarity rather than twitch reflexes. However, if you’ve ever been interested in the series, or if you’ve never heard of it at all, Umihara Kawase Fresh! is probably the best entry point. It makes concessions that create a gentler experience and the inviting framework makes for a more engrossing experience. Better yet, it pulls it off without sacrificing the addictive nature of the core swinging mechanics and the high skill ceiling they provide.

Umihara Kawase Fresh! is easily my favorite entry thus far. I hope that the changes to the framework and the added accessibility manage to hook some new fans. Maybe this really is a fresh start for the series.