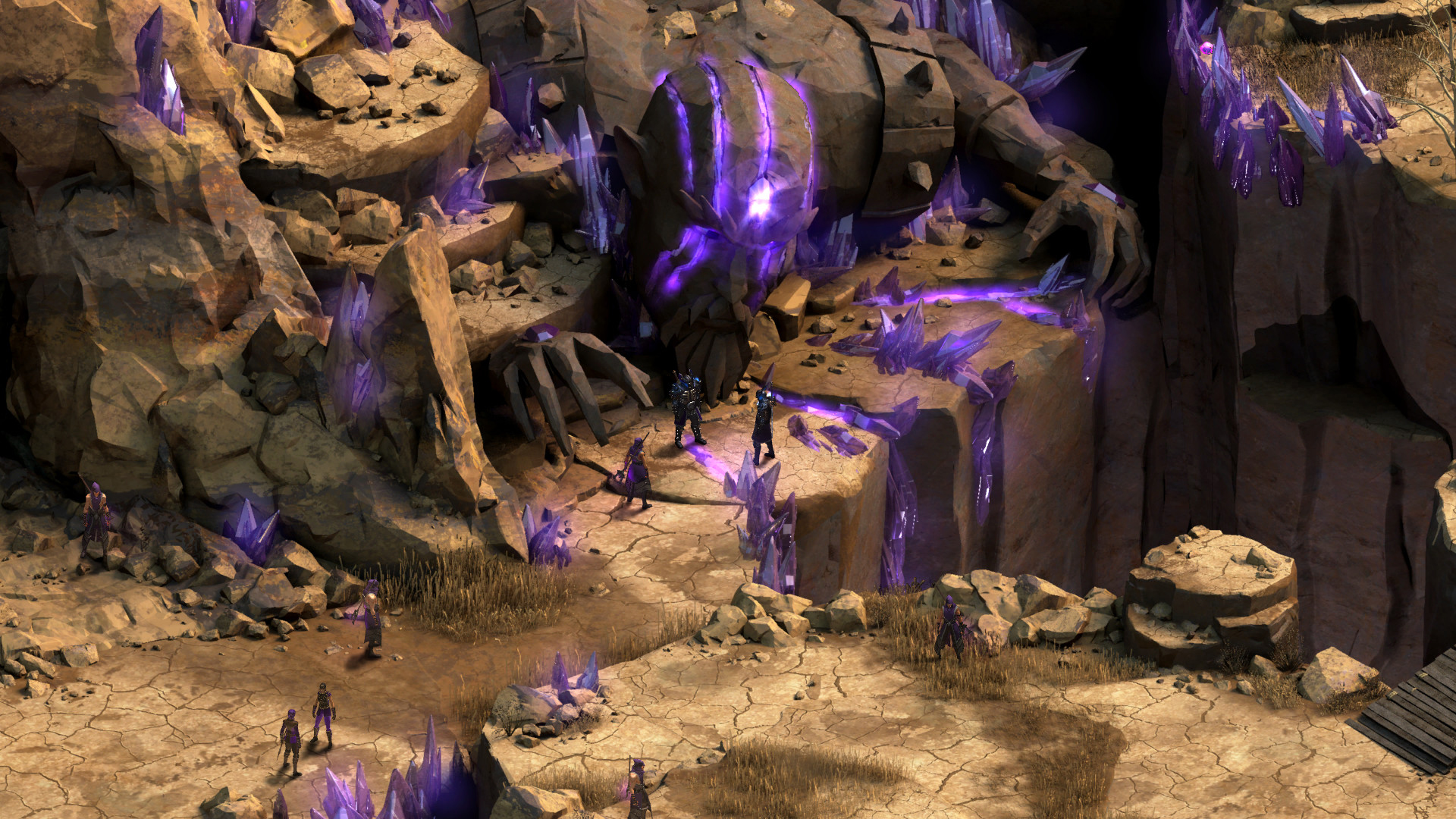 Are you a bad witch, or a really bad witch?

I really can’t get enough of RPGs in the vein of Baldur’s Gate or Planescape: Torment. Those type of games, which I guess we call “cRPG” now, helped shape what I enjoy in the gaming medium. I enjoyed Pillars of Eternity, though it didn’t quite grab me like I had hoped, and earlier this year had a good time with — and it still feels weird saying this — a Baldur’s Gate expansion.

So here we are with Tyranny, another game from Obsidian that I had no idea was even happening until shortly before it came out! While I don’t think any recent entries into the genre have truly captured the magic of the forefathers, I’m still very much enjoying the cRPG renaissance. 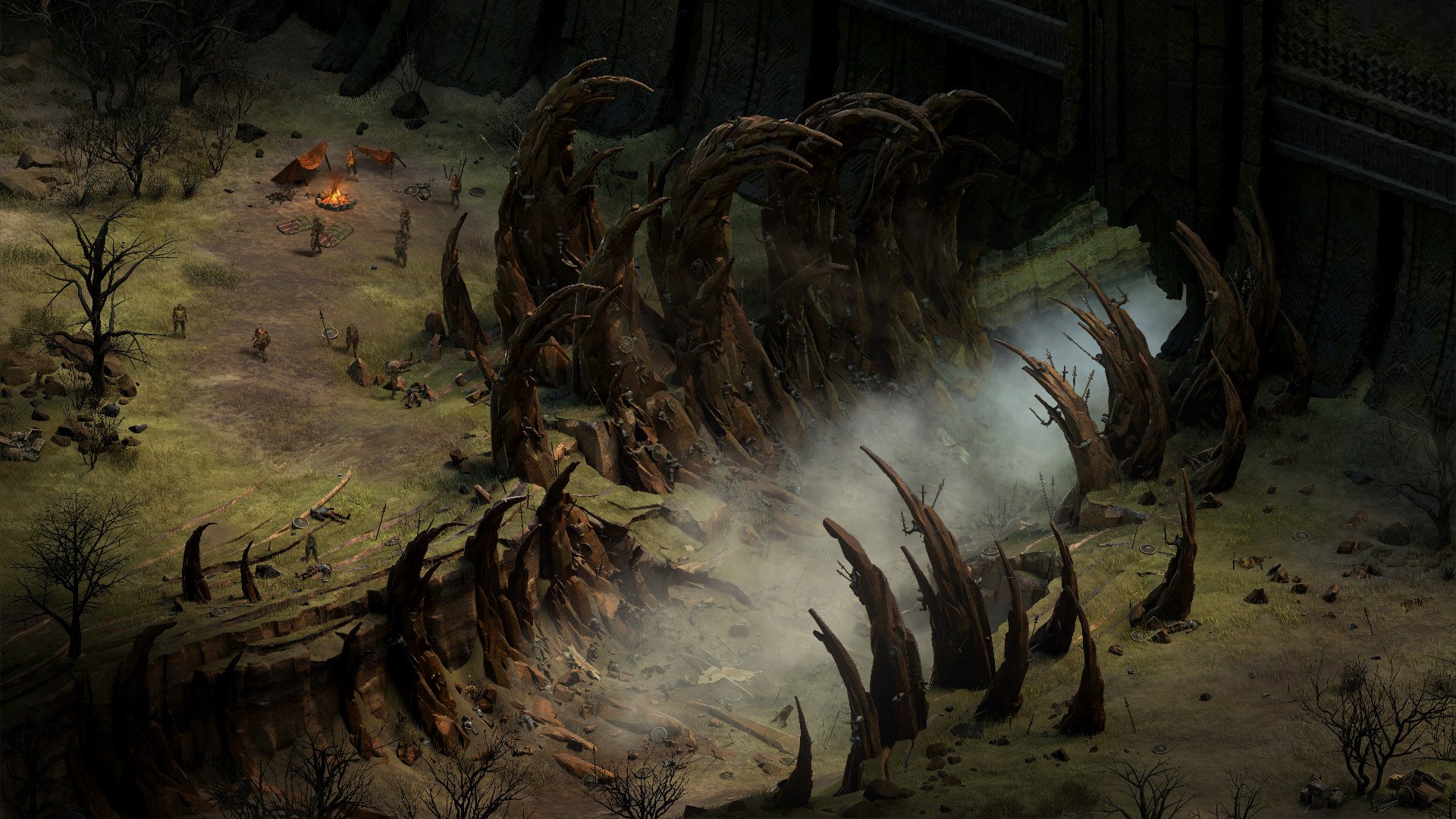 Tyranny instantly drew me into its plot and world. Players are thrown into a choose-your-own-adventure of sorts and asked to make a series of decisions about not only the main character’s backstory, but how the events of the world unfolded. It may seem like a lot to take in all at once, but thankfully Tyranny uses an amazing in-game encyclopedia system that isn’t absurdly cumbersome.

Whenever text is on screen, certain words will be highlighted in different colors. By hovering the mouse over these words, an explanation pops up to detail who or what it is. This happens every time throughout the game, so if you take a week-long break and completely forget who Kyros is or what happened at the Burning Library, don’t worry. This also prevents a lot of awkward explanatory dialogue that would seem out of place for the characters.

What’s immediately interesting about the world of Tyranny is how the entire war between the forces of good and evil is already over. The good guys have been defeated and the world exists in a state of ruin, owned by the ruiners. Players take on the role of a Fatebinder, which is essentially a member of the world’s high court, working for the Overlord Kyros. The choices the player makes as the Fatebinder will continue to shape the world, and they certainly aren’t always easy.

I think calling Tyranny a game of choices would be disingenuous, though. Players will definitely make some seriously impactful decisions, especially in the prologue, but there’s really only a handful of “important” decisions to make after that. Yes, the smaller decisions have an impact on the loyalties of the various factions and party members, but so many just feel insignificant or forced upon the player. There isn’t as much grey area to the list of choices; players will forge their alliances with people and factions and likely stick to them the entire time. After making THE choice rather early on, the rest feels like it’s more or less linear.

The pacing is also rough, especially towards the end. There are three acts, and the third one feels like nothing more than a setup for a future sequel or expansion. In some ways, it works, but after building up to this one singular moment, it’s a bit of a bummer not to experience any of the aftermath. There are many things that felt unexplored and left me with a feeling of “Okay, I guess that’s it.”

The characters themselves also feel relatively unexplored, but I’m not necessarily harping on that decision. There are no character-specific sidequests that you’d find in a BioWare epic, but the player can choose to initiate conversation with the characters at any moment. Decisions made will affect the loyalty and wrath of party members, and increasing either unlocks dialogue options and even skills.

Each character feels as if they actually belong to the world, and I don’t need to help them out on some life-altering quest to understand that. By the same token, these characters definitely don’t feel as fleshed out as many other RPGs that explore entire character arcs through character-specific missions. It’s a weird trade-off that will likely leave many players feeling apathetic toward the cast. I can’t say any characters are stand-outs or amazing though, which is a shame since it’s what tends to make these games so stellar. 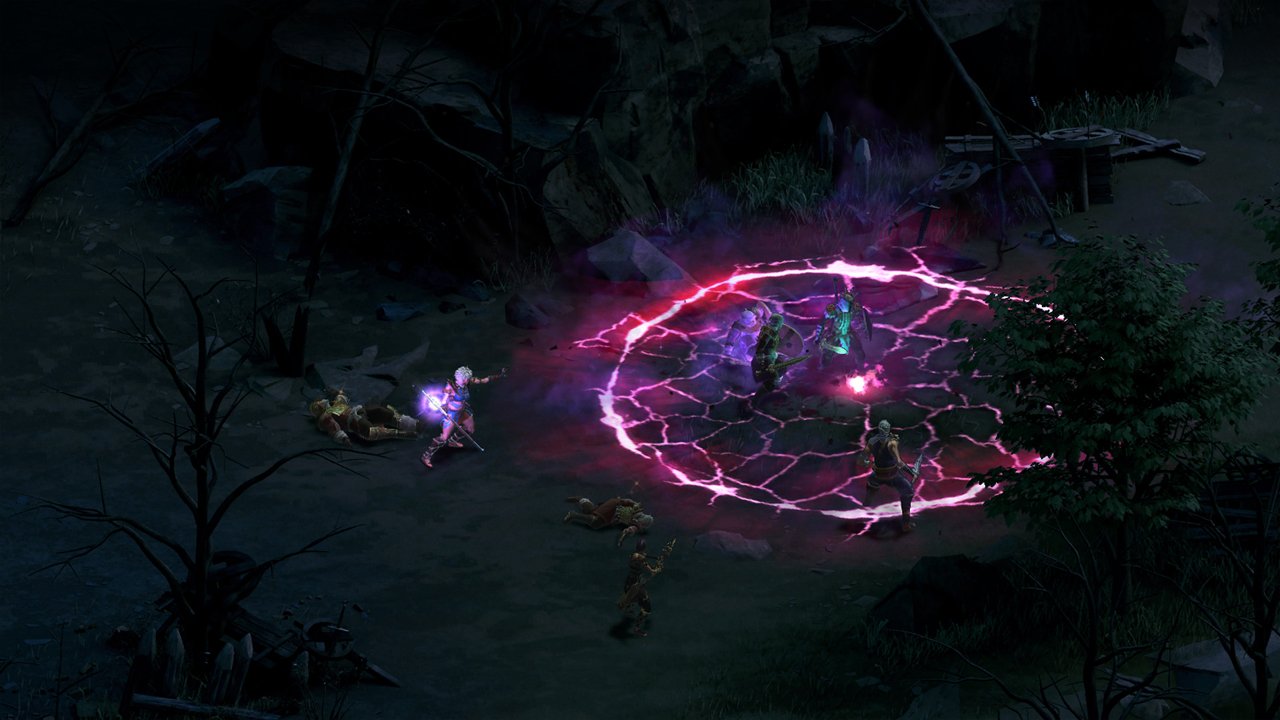 My advice to anyone who has played any previous games of the genre like Baldur’s Gate or Pillars of Eternity is this: play on a difficulty above Normal. I’ve been playing what’s become known as cRPGs forever and the Normal difficulty in Tyranny was a breeze. Sure, I had a party wipe or two, but they were usually the result of “oh whoops, I forgot I had potions.” No fight in the game, save maybe one or two, requires any sort of strategy to complete. Towards the second half of the game, I left “Fast Mode” on even during fights because they were brainless enough that it didn’t matter.

As a result of the difficulty, I barely touched the game’s Spires. These are essentially bases that need to be unlocked through a “puzzle,” and can be upgraded with NPCs and other tools to aid the player. I put puzzle in quotes because really, it’s just a matter of finding three charcoal rubbings in the world to reveal the solution, and then inputting that solution. Sure, players can use ingenuity to solve it with only two, but it’s still far from what I would call a puzzle. I spent some money hiring people to be in the Spires, but never even returned to one because really, why would I? I never had to shop for equipment or forge new items or learn new spells because the combat was a joke.

Seriously, play on something above Normal. It makes the whole game better.

Combat is hotkey-based and rather simple, except for the fact that your AI partners are dumb as rocks. There are predetermined settings available for each character, but even setting them to the desired playstyle does little to alleviate how crap the AI is. I did a lot more micromanaging than I feel I had to: moving characters out of melee range when they had no business being there, actually using half of the spells available, drinking potions when low on health, the list just goes on. 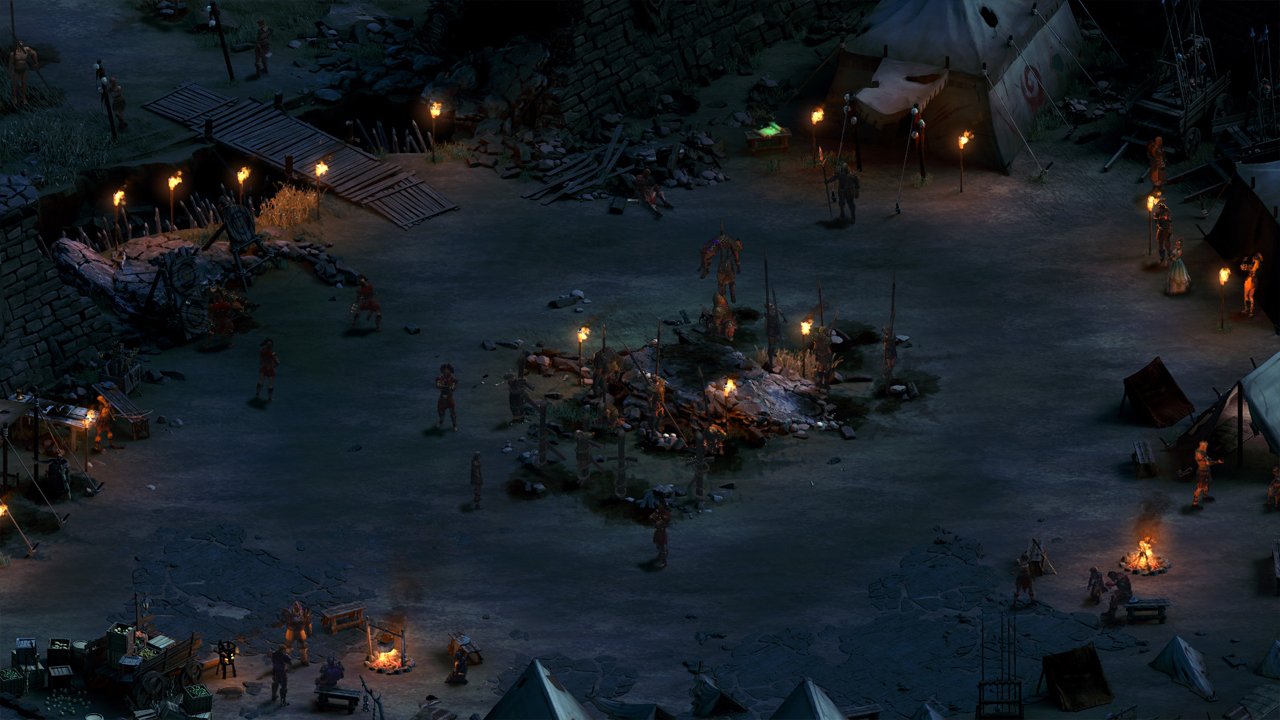 Enemy variety is also sorely lacking. I get that just about everything in the world is a human, but that doesn’t mean everything has to be the same. Some have shields, some have bows, some are magical. Eventually, an astral race called the Bane are introduced, and then you are also dealing with the Purple Bane, the Red Bane, and the Blue Bane (if these colors are wrong please don’t get mad at me, I’m colorblind). There’s one or two more types of NPCs, but the overall lack of interesting designs does not help the feeling that the combat never changes or evolves.

The magic system is interesting and does a great job of blending the mechanic and the game world together. As players progress, they can find and learn signs that can be mixed to create new spells. These new spells can be altered as well — a simple illusion spell can be turned into an area-of-effect sleep spell with the right modifications. Then, to assign it to a character, they need to have a certain amount of the Lore skill. I love that only “students of the world” can learn the more powerful spells, and that characters who don’t know crap (my character) can’t learn much at all.

There are of course, plenty of skills to be learned from leveling up. Every level, a character gains an attribute point and a skill point to spend. The attributes are fairly straightforward, and hovering over a skill (like one-handed) highlights the attributes that correlate to it, which will be a great help for newcomers and veterans alike. The skill trees are rather standard stuff, where moving on to another tier of skills requires spending a certain amount of skill points in that tree. It encourages specializing, but mixing and matching is definitely a fine alternative.

Tyranny is most certainly a tale of two halves. The first half is immediately gripping and combat starts off a bit challenging due to the lack of abilities and options. As the game enters its second half, the plot starts to feel rushed and gameplay becomes an issue of “been there, done that.” The world and lore built here are worth exploring and I anxiously await another excuse to return to this setting, but at the same time, I really hope it comes with improvements to the AI and combat in general.