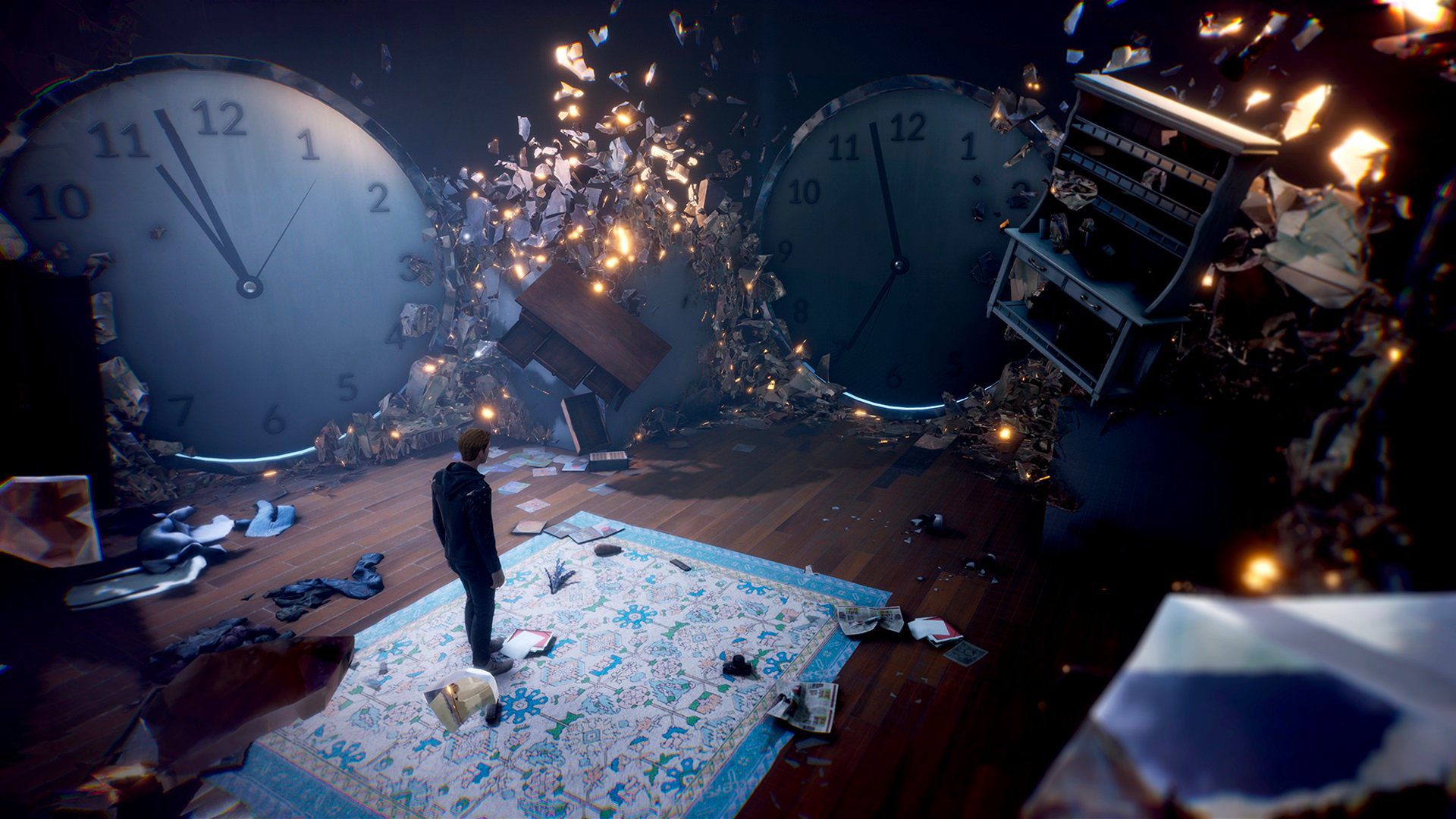 Not enough time for reflection

Things have gone from bad to worse, from unfortunate to bizarre, and from Kinda Suspect to Super Murdery. That’s Dontnod’s MO, and everyone should know it by now. The French developer loves examining personal relationships, amplifying them through the lens of a much larger conflict, and then heaping an avalanche of emotion on top of it all.

Twin Mirror is Dontnod’s first attempt at explicitly leaning into the psychological thriller label, something it toyed with in previous games but never outright committed to. In a lot of ways, it feels like Alan Wake by way of Life is Strange. However, Twin Mirror is also Dontnod’s first self-published game and that might be the reason it falls short of its promise. Everything isn’t quite alright in the end.

Sam Higgs is an investigative journalist who returns to his hometown of Basswood, West Virginia following the death of one of his closest friends. Higgs had a good excuse for running away in the first place. He’s a social pariah after the town’s coal mine was closed down after he ran an exposé in the local newspaper. Popularity isn’t priority number one for a good journalist.

The opening hours of Twin Mirror set a very strong foundation with all the interpersonal relationships it introduces. Former bosses, former lovers, goddaughters, people who straight-up hate Higgs’ guts — everyone has an opinion and there’s a lot of conversation driving the first act. As someone who tries drawing the best out of all these situations, it almost felt insurmountable realizing the odds weren’t great that we could get to a place where Higgs restored his reputation with even a fraction of these people.

That dissipated quickly because Dontnod isn’t able to build on that foundation. Only a few of those relationships matter by the end, and the rest are never really spoken of again. Once we’re whisked off to solve the murder of Higgs’ buddy, Twin Mirror barrels toward a conclusion without a whole lot of breathing room given to all the stuff on the periphery. The pacing is very disjointed in this sense. The opening act takes its sweet time introducing everyone and their stories; the latter half is mostly only interested in major plot beats happening at a breakneck pace.

Even though it’s kneecapped by a short runtime (my playthrough was five or six hours, but felt set up to be much longer), Twin Mirror experiments with some slick evolutions of the Dontnod formula. Higgs has the ability to analytically imagine crime scenes in a place that’s called his Mind Palace. Here, we get to live out scenarios step by step, like what progression of events would cause a truck to careen off the road and into a tree. Through a hologram-type filter, we piece together the correct sequence of events to recreate a handful of crucial scenarios. It adds a new layer to puzzle-solving that’s missing in Dontnod’s other narrative-driven games.

The Mind Palace is neat, but the other side to Higgs’ introspection ends up stealing the show. There’s a character called The Double who lives in Higgs’ head and helps analyze social situations. It’s a wonderful touch for a protagonist who has great difficulty navigating conversation and emotions. The Double offers advice for how to best interact with others, and Higgs is given the choice of whether he wants to listen to his intuition. Interestingly enough, the less you lean on The Double, the less he’ll want to help.

The Mind Palace and The Double start to collide in interesting ways, tearing apart Higgs’ psyche. The conflict isn’t given enough space to meaningfully take hold, though. It’s just another example of how Twin Mirror isn’t quite able to flesh out its most important ideas. Higgs’ inner turmoil, solving the murder of his best friend, and repairing all the damaged relationships around Basswood — it’s all stuff that wraps up before Dontnod can sufficiently do them justice.

It feels like a game that was meant to be significantly larger, but production or budget constraints forced a truncated product. Even after the final showdown, I was convinced there had to be a third, more sinister act upcoming. The story had to unfold into even more drama, because all the conclusions had been reached too hastily to be a proper ending.

Alas, it wasn’t meant to be. Twin Mirror is the rare game where I love the world, premise, and characters, but can’t actually professionally recommend it. The foundation was laid, but a good story needs more than just the building blocks. In hindsight, following Life is Strange‘s episodic model might’ve worked wonders here, as it would’ve bought Dontnod extra development time along the way. All throughout Twin Mirror, people complain that Higgs abandoned Basswood and won’t spend any time there. As it turns out, we need to spend more time in Basswood too.