Once upon a time, the Trine series was heralded as some of the most visually impressive indie games around. Developer Frozenbyte had released the game in 2009 to rave reviews and fan reception in an era when downloadable games were just starting to take form. This was a fully realized 2D platformer in the vein of something Nintendo would make. It may have been a little rough around the edges, but it incorporated ragdoll physics into its puzzle designs in a manner that was truly engaging.

While Trine’s first sequel improved on everything that made the original good, Trine 3 is where things went south. Either because of a lack of experience or a slim budget, the final release of Trine 3: The Artifacts of Power ended up being a dud. It seems the ambitions its developer had were too vast for what it could afford, leading to a game many people weren’t happy with. It also nearly bankrupted the company.

It’s really a sad story and something you’d never wish to see happen to a talented company. Thankfully, Frozenbyte didn’t throw in the towel. After regaining confidence with some smaller-scale releases, the team is returning to the series that made it a household name. Yes, Trine is back with Trine 4: The Nightmare Prince and this game is anything but a nightmare. 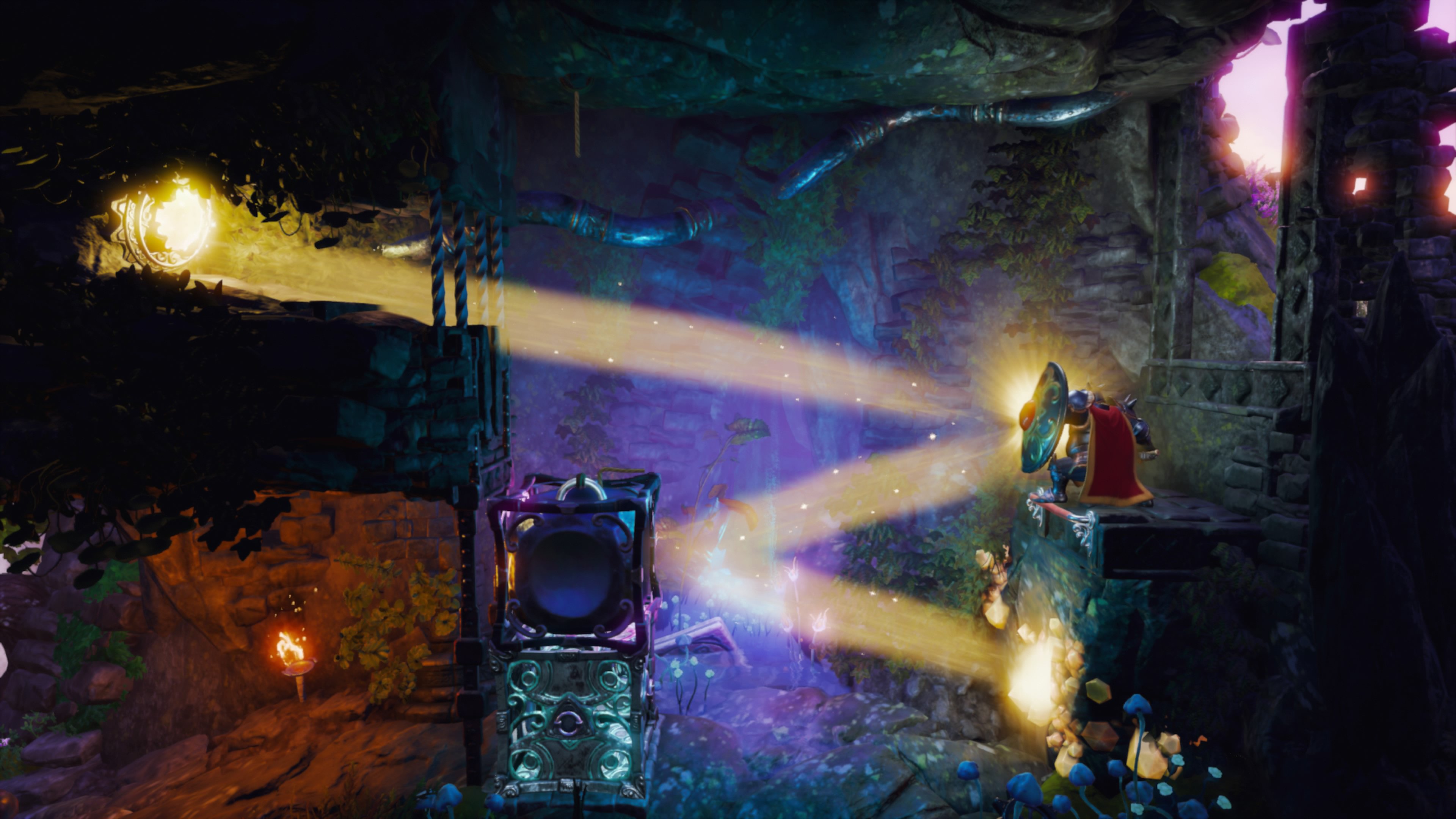 As the title would imply, Trine 4‘s story centers on the titular nightmare prince. A boy by the name of Selius runs away from the wizarding academy and is starting to inadvertently cause trouble throughout the land. He lacks control of the magic within him and his nightmares are starting to run amok for everyone. Not wishing to stand by as he destroys everything, the academy summons Amadeus the Wizard, Pontius the Knight, and Zoya the Thief to retrieve Selius and return him to the academy. After many years apart, the trio reunites after some short tutorials to set off on another adventure.

Despite having not played the previous games in the series, I was actually quite taken aback by how nostalgic Trine 4 feels. From the way the characters talk to how each environment is rendered, this really does feel like one of those “the gang’s back together” films. Everyone reminiscences about the past a little, jokes around with each other, and comments on how mysterious and lively their new surroundings are. It’s pretty touching, even without prior knowledge of these heroes.

From there, I can only assume that series veterans will be right at home. Trine 4 does not break the mold of what I’ve seen and heard from the past. This is very much a puzzle-platformer on a 2D plane that utilizes a robust physics engine. Time has only improved technology, and Trine 4 manages to find new ways to make block-pushing puzzles feel fresh. It’s not revolutionary, mind you, but it’s very competent and rewarding.

The specific new things to Trine 4 are some of the abilities characters have. Amadeus, for instance, can conjure different objects and stack them to reach new heights. He can also materialize a bouncy ball that serves almost no purpose. Pontius can conjure a reflective shield that floats in mid-air, allowing him to redirect light and water for puzzle purposes. Zoya gets a magical tether that allows her to float objects attached to it. These techniques are thrown in as you progress, leading to a real sense of development as you complete levels.

A light RPG system lets you put experience towards specific skills, but it’s ultimately blocked off by story progress. You can’t get Zoya’s double ropes, for instance, until you’re roughly 60% done with the game. This happens for each character with certain skills locked until the game properly introduces them. It’s fine, but it makes the whole experience collecting a little redundant. It’s especially true since combat awards you XP, but combat isn’t avoidable.

This is the biggest stumbling point in Trine 4. While Frozenbyte claims the combat has been improved from past titles, it’s mostly a button-mashing affair. When playing solo, there is absolutely no reason why you shouldn’t just switch to Pontius and spam attack. You may die from time to time, but spamming his sword and stomp attacks will see you get through every single combat encounter with basic enemies. It’s only in the boss fights where you’ll have to utilize more creative thinking. 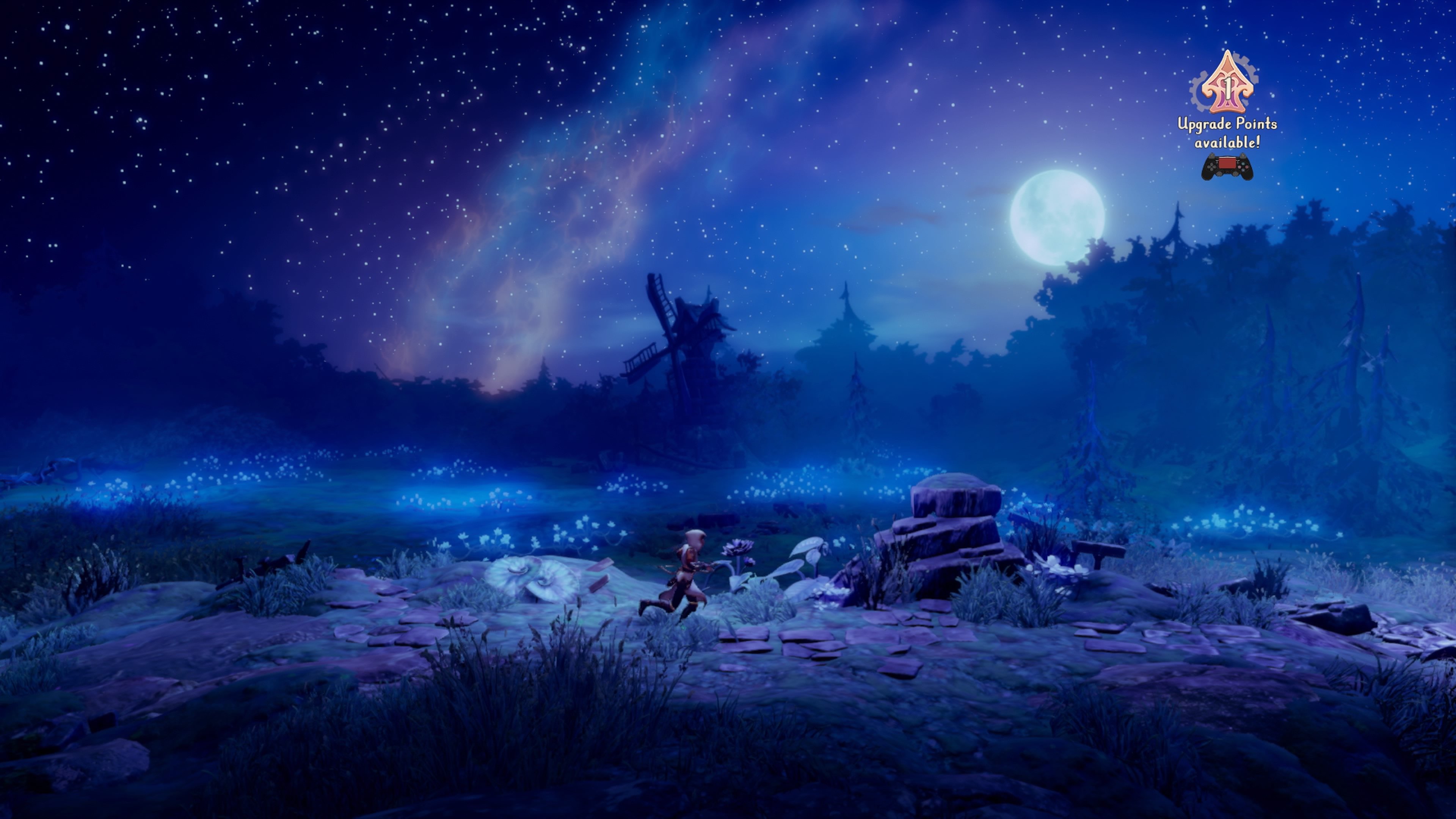 To cap off a few levels, Selius will conjure each of the heroes’ deepest fears, which manifests in a boss fight. It’s a very creative approach to exploring the background of the main protagonists, but the fights are a little drawn out. Amadeus, in particular, gets a boss battle that is entirely a puzzle and it’s very finicky in its execution. You have to move mirrors and levitate portals to cast light and boil a pot, but it just takes so long that it breaks the pacing of the game completely.

Pontius and Zoya fare better, but their fights boil down to very light puzzle solving, then mashing attack. I like them from a thematic stance more than a gameplay one, but these bits are really the only problems I had with Trine 4. Everything else in the game is a breezy jaunt that elicits a lot of joy from its presentation.

Not rewriting the book on how to make a Trine game, 4 at least has wonderful visuals and an absolutely stellar soundtrack. The levels flow together nicely, the story is straightforward, and you aren’t interrupted with obtuse roadblocks. You may get stuck on a few puzzles, but the open-ended nature of Trine 4‘s structure lets you improvise solutions if you can’t discover Frozenbyte’s intended path. Sometimes this leads to Zoya being the dominant character (her freeze arrow can cheese out most puzzles with pressure blocks/platforms), but that’s mainly when playing solo. 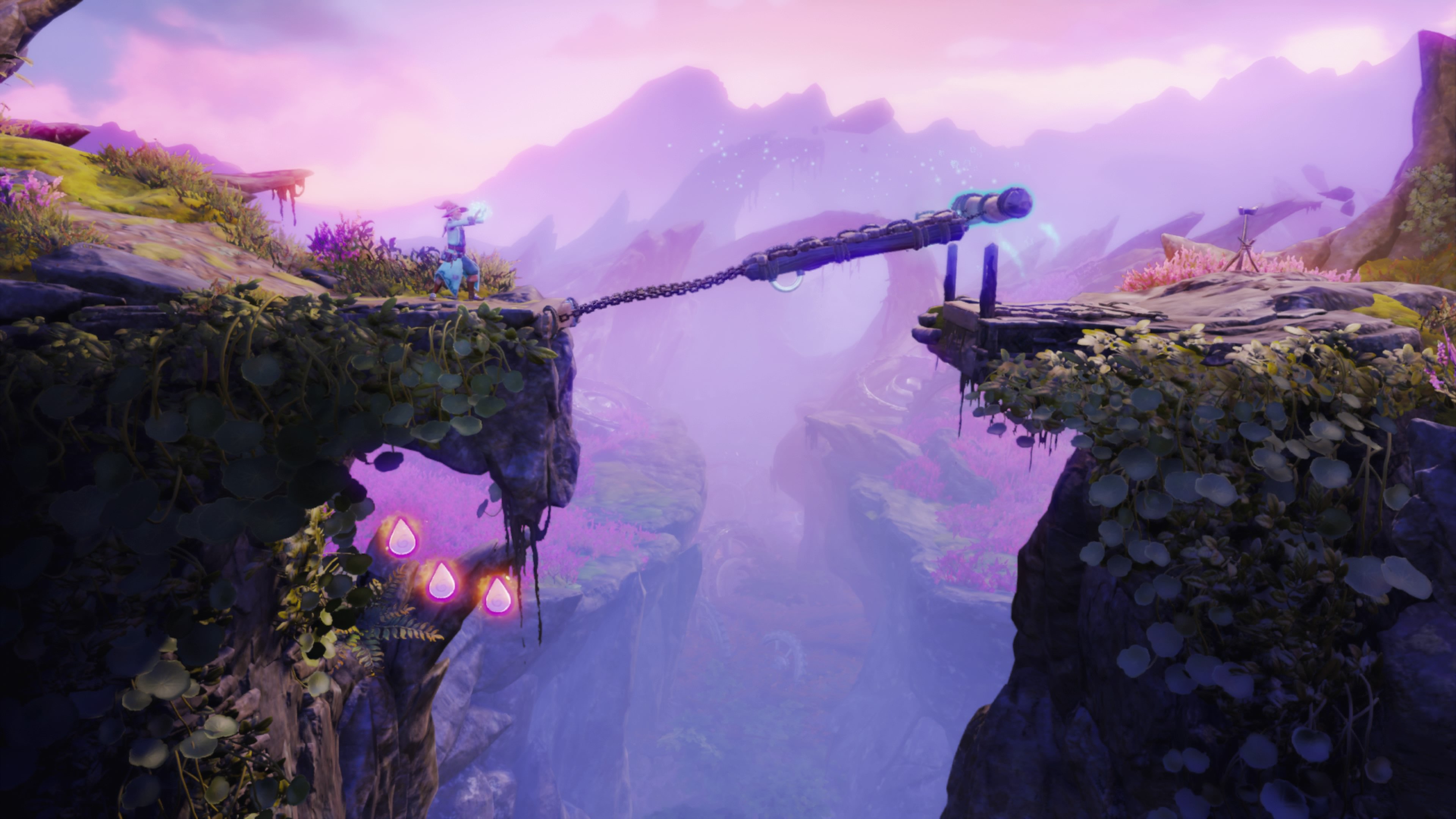 Jump into cooperative play, and Trine 4 utilizes a dynamic system that calibrates puzzles to the playable characters selected. Since you can’t freely swap between the trio in any multiplayer configuration (of which the game allows for four players), you’ll have to really utilize each of their abilities to the fullest. It also means not bringing along Amadeus will remove all puzzles that require conjured items, or leaving Zoya behind will get rid of rope puzzles. It’s interesting, even if a bit underutilized at times. It at least improves the combat a little as you’ll now need to discover ways to keep each other alive instead of spamming attacks.

I wasn’t able to test the new four-player option, but it likely makes the game a total cakewalk. Since there isn’t some unlockable character with different properties, one player has to double up as someone from the cast and I’d imagine two Pontius’ running around would trivialize the combat even further. That isn’t the point of the mode, though. This is meant as a way to get more people playing together, something that the Trine series has always emphasized.

I also just need to mention the excellent map screen. Utilizing a stylized look, I was genuinely pleased with how helpful the game is in letting to gather missed collectibles. Each level has a series of checkpoints you can start from with the game telling you exactly how many orbs you’ve missed. Since these orbs give you XP and hide away some of the more difficult puzzles, it’s very helpful in letting you collect everything to 100% the game. It doesn’t unlock anything special, but an easy platinum trophy makes for some great incentive to seek out these challenges.

Really, that’s how I could sum up Trine 4. It’s an easy recommendation for platform fans, but it’s also just a plain fun time. It’s not revolutionary or trailblazing, but it does what it needs to prove that Frozenbyte hasn’t lost its touch. I wouldn’t necessarily expect a Trine 5 or anything, but clearly, this series has some life left in it.

Filed under... #Switch#Trine#Trine 4: The Nightmare Prince