Rise of the fanfic

High Moon Studios set a decent bar with its Activision-published Transformers games in terms of quasi film tie-ins (though the crown still goes to X-Men Origins: Wolverine, in my book). None of them were mind-blowingly good, but they succeeded in setting their own tone while staying inline with the film series, and delivered a mostly enjoyable action romp with a fun horde mode before it was featured in every game ever.

Here on the advent of the worst-reviewed Transformers film yet is by far the worst game so far in the franchise — it’s a shame High Moon couldn’t have had a crack at it. 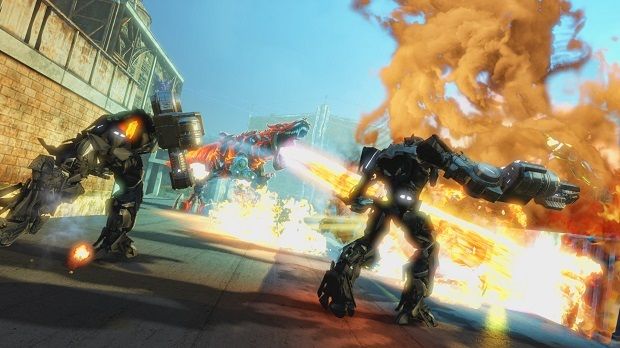 At first glance, Rise of the Dark Spark tries to win over players with its good will rather early. The entire concept of the game is that the campaign and Escalation (Horde) modes are connected — so no matter what you play, you’re working towards some sort of goal, with extra character and item unlocks. But once you drop into the story for the very first time, the ineptitude of Edge of Reality (who has a history as a port studio), shines through.

Simply put, the story, both in gameplay execution and theory, is bad. Over the course of 14 long and painful chapters you’ll switch perspectives between the Autobots and the Decepticons (and a Dinbot, once), trying to once again stop the universe from certain peril. You really don’t have to do a whole lot to make a fun Transformers plotline, but the narrative here truly feels like a poor fan-fiction that attempts to unite the previous games, the movies, and the original Generation One cartoon. There are also zombies in it.

You know the Autobot Matrix of Leadership from the animated film? Well there’s an “evil” version of it — the titular Dark Spark. The mercenary Lockdown manages to grab said spark, and takes you on a wacky time-traveling journey through whatever zone the writers felt like taking you to at that particular moment. Some levels even re-create events from past games, but feel more like an excuse for asset-rips than an actual, legitimate fleshing out of prior events.

From the first moment that I stepped foot into the world, it felt sloppy. You can still use primary and secondary weapons, there’s still a melee button, and by clicking an analog stick, you can still transform into a vehicle of some sort at will. The problem is even on the PlayStation 4, it feels like a poorly optimized PlayStation 2 game, with frame-rate dips, clunky animations, and uninspired locales and enemies galore.

The AI is also woefully stupid, to the point where it will often not even stick its head out from cover to even engage — like it’s broken. I didn’t just come across a few glitches, either — it seems like every stage has a host of areas to get stuck in, and sometimes I’d have to hunt down every single tunnel to find that one enemy that refused to come out of its hiding place before I was allowed to move to the next area.

The one saving grace is Escalation, which is still the tried-and-true Horde mode it always was (competitive multiplayer is out, though). With up to three other players online (the matchmaking is fairly smooth), you can fight off waves of enemies to your heart’s content, unlocking more characters and such in a more fun way. There are always 15 waves to complete, giving you a sense of progression as you blast towards the end. 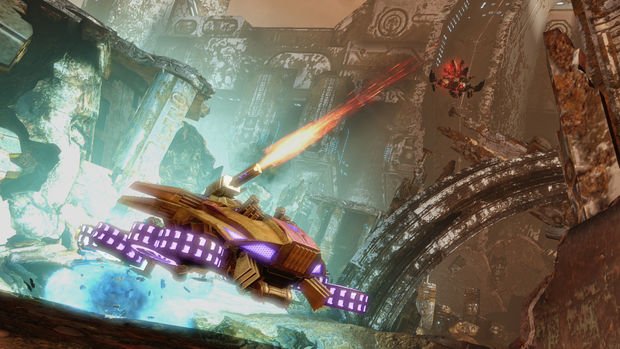 Base-building with credits earned during each fight is a thing now, although it’s a rudimentary version of the trap mechanic from Call of Duty‘s Nazi Zombies mode. Once you start unlocking more characters (the G1 versions, specifically), things get a little more enjoyable, and since the experience is tied to the campaign, you don’t have to complete the story to unlock everything.

If you’re a die-hard fan of the Transformers film series, I would recommend picking up Rise of the Dark Spark when it’s heavily discounted (like, under $10) with a group of friends just to play Escalation. As a side note, the Wii U version doesn’t have Escalation mode — so just avoid buying it altogether.