Before the review begins, I feel it’s my duty to warn anybody who considers purchasing this — there’s barely any mention of the Moon at all. In fact, the Moon appears in the campaign’s end credits more than it appears in the game itself.

Transformers: Dark of the Moon is a big lie. 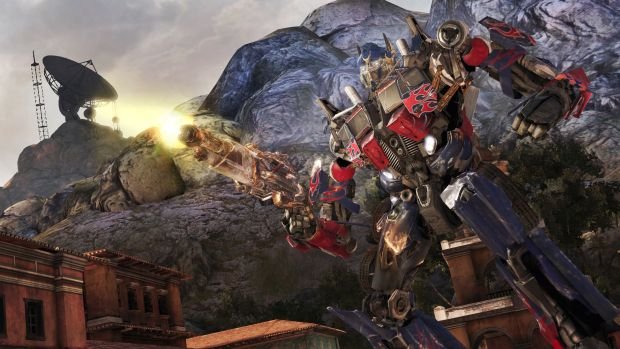 After the success of Transformers: War for Cybertron last year, it would appear that High Moon Studios has become the go-to developer for Transformers games, and with good reason. War for Cybertron was a great game with a fun campaign and excellent multiplayer. It’s hardly surprising that with this interactive accompaniment to Michael Bay’s latest travesty, High Moon sought to change very little about its last effort.

Unfortunately, simply copying War for Cybertron‘s gameplay doesn’t automatically make for a great game, especially when it’s clear to even a dullard that it was quickly squirted out in order to release alongside the film. That’s very much the feeling Dark of the Moon gives me — a very rushed, less spectacular War for Cybertron.

What this means is that Dark of the Moon is easily the best game based on the “Bayformers” license to be made, despite not being great in the least.

The campaign is playable and pleasantly painless, yet you’ll be lucky if you feel anything more than boredom while trudging through it. One major problem is that the game presents itself a cover shooter, but there’s no actual cover system and the levels often consist of wide, open areas or constricted corridors with very little to stand behind. Most combat situations are fairly straightforward, based upon the “throwing a bunch of enemies at you and pretending that’s a challenge” school of design, and level design overall feels bland, grey and flat.

Each level is dedicated to a different Transformer. You’ll start the game as Bumblebee, progress as Ironhide, and get stealthy with Mirage. You’ll then switch to the Decepticon side to play Soundwave, Starscream and Megatron, before ending with Optimus Prime. All told, the campaign takes a handful of hours to beat and feature a range of fairly straightforward, mundane levels with a fair few frustrating sections. The Starscream and Mirage stages are particularly tiresome, respectively based as they are around dodgy flight mechanics and sluggish stealth gameplay.

Every Transformer has access to dual weapons and a pair of special abilities in their robot forms, with two further weapons and a unique ability in vehicle form. These are all fairly standard armaments and powers — assault rifles and plasma cannons are augmented by shockwave blasts, cloaking devices and special guns. One ability recharges on its own while another requires Energon from fallen enemies, and I’ve just bored myself talking about it. High Moon did a decent job of making each Transformer feel unique, though again, the range of powers and the overall gameplay feels rather dreary compared to Cybertron. 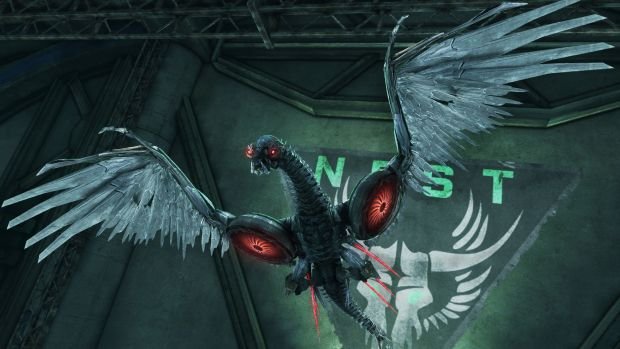 The theme of sub-par War for Cybertron gameplay extends to the multiplayer as well. At its core, the multiplayer offering is almost identical to the one found in High Moon’s previous game. There are four character classes designated by vehicle design, though the “Scientist” class has been changed to the “Hunter” class and made worse in the process, oddly. As with War for Cybertron, players get a limited customization ability for characters and can unlock a variety of new abilities and weapons.

The same issues found in the campaign pop up on the multiplayer as well — namely a mundane level design and the feeling that High Moon quickly pieced it together from bits of its previous title. It’s certainly not bad, but it’s yet again nowhere near as compelling as what the studio offered in its last Transformers game. The fact that nothing new was added — and in fact features a more boring range of weapons and maps — serves to create a multiplayer experience that really has no reason to exist.

Although the game isn’t visually ugly, the grey color palette and awful designs of the robots themselves (the movie versions look like computers that were exploded and put back together by horses) make for unpleasant viewing. At the very least, the voices aren’t too bad, with several of the voice actors taken from Cybertron rather than the films themselves. 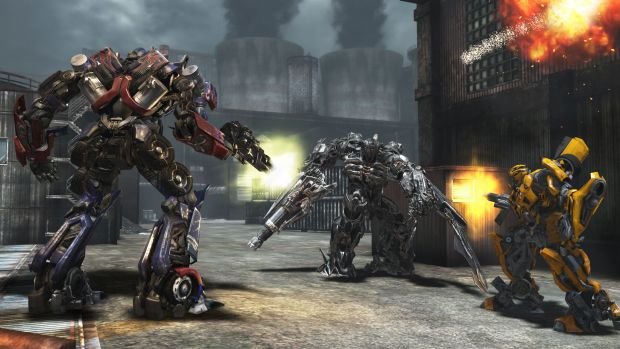 At the end of the day, Transformers: Dark of the Moon is just another licensed game, made a fraction more enjoyable due to its aping of a superior title. Essentially a rushed, less exciting version of War for Cybetron, this quick cash-in is better than most Hollywood money grabs, but that’s really not saying too much. Only the most hardcore fans of Michael Bay’s Transformers movies need to really bother playing it, and even then, they can probably be doing something more productive with their time.