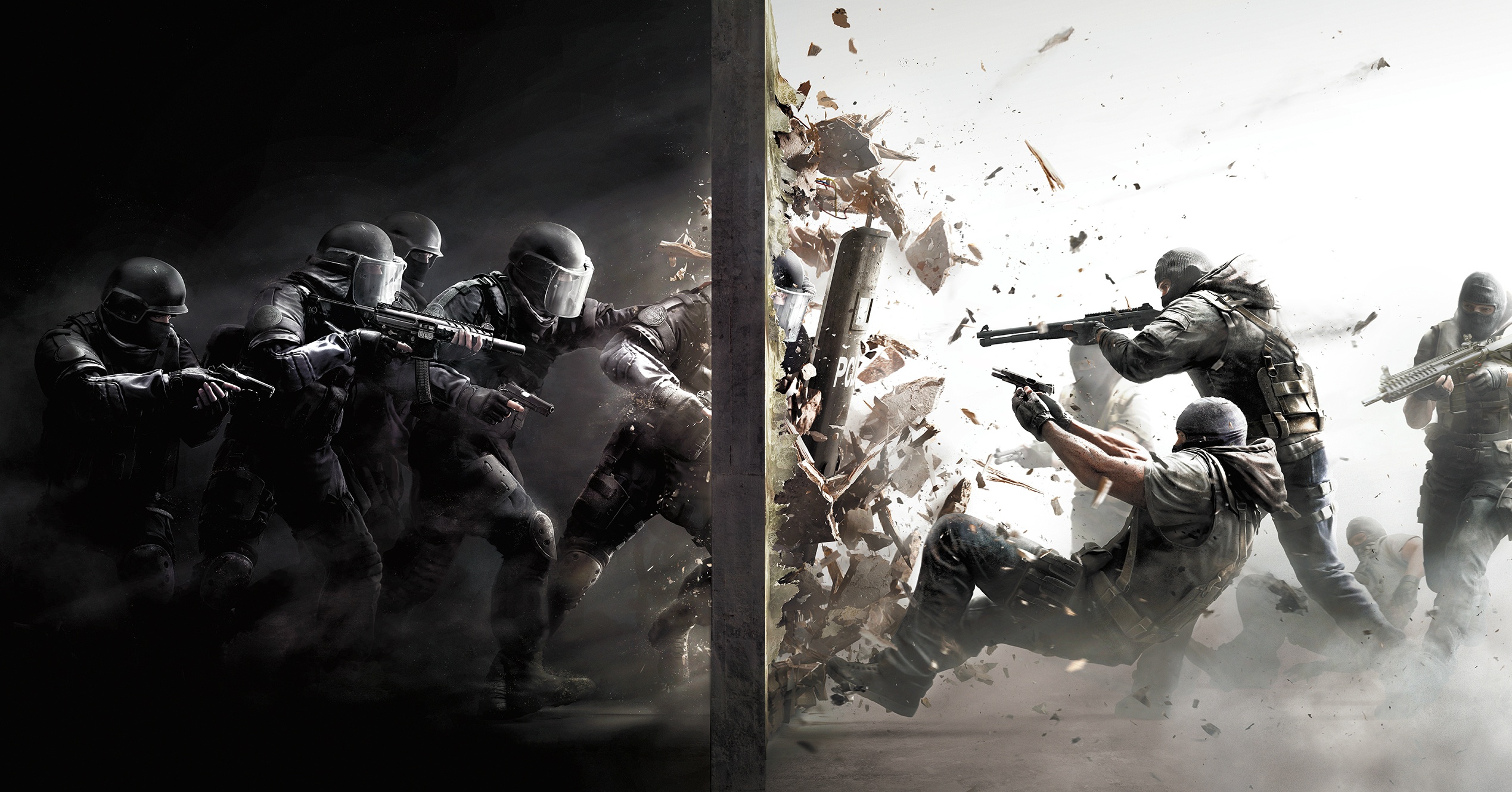 A new taste of Rainbow

The original Rainbow Six was one of the first squad shooters I ever played, outside of the Delta Force series (both debuted in the same year). I still remember hanging out at my friend’s house with his dad, who also played, and all the tense moments that came about. Before that, I had been blowing things to bits in Catacomb and Doom without thinking, and it changed my perspective on shooters as a whole.

Rainbow Six Siege isn’t nearly as innovative, but it’s a really good excuse to blow things to bits and think tactically at the same time. 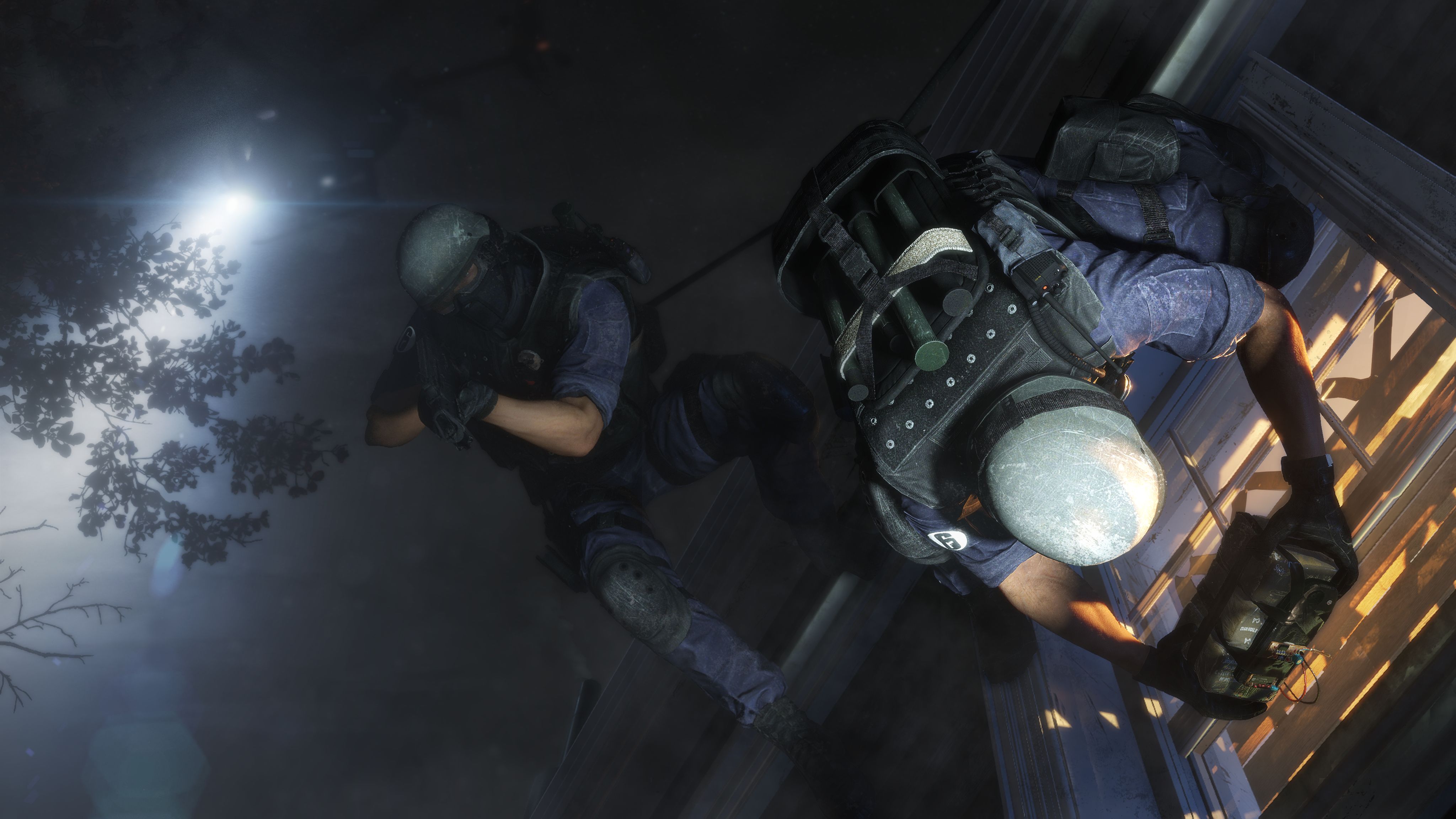 First and foremost, let me make it clear that Siege is still very much a strategic game, despite an increased emphasis on action. The crux is engrossed in the “siege” concept, where two teams of players are placed on opposing sides of offense and defense. The former is tasked with infiltrating a specific area, usually a building of some sort, and the latter will put up barricades and properly booby-trap the zone to protect an objective. Defensive capabilities are quite versatile beyond placing traps, with the ability to patch up windows à la Call of Duty‘s zombies mode, or deploy items for the rest of your team.

The sheer entropy that comes out of this simple premise is lovely. There are so many options for breaching and a litany of defensive options that no one game is the same. Players can rappel up almost any window and break in, sneak around and breach doors with charges or a good old fashioned sledgehammer, or blow up walls and create new entrances. The concept of a destructible environment is not new (games like the original Red Faction have been doing it for ages), but the development team really follows through here, with a good balance of destruction to keep things tense.

Part of the variety comes from the 20 Operators, which are essentially the classes of Siege. Archetypes range from a bruiser, to a “brainy” tech girl, to a medic, but all of them have a unique twist gameplay-wise that sets them apart from one another. It’s also imperative that your team works together, choosing combinations that complement each ability — this is partially forced by the fact that the game doesn’t allow two people on a team to pick the same Operator. In the end though, any combo works relatively well as long as the team is on top of things, and players don’t run blindly into rooms without thinking of all of the options available.

While the 5v5 asymmetrical game type is the core mode, there are also two more facets at play — Terrorist Hunt (PVE) and Situations (single player). The former is a lot like horde mode with a twist, as players will be dropped into levels with randomized objectives and enemy placement, with three varying levels of difficulty to choose from. While I prefer the insanity of playing human opponents given the open-ended nature of the game, I really enjoyed taking breaks with the PVE mode, as it really does provide a ton of different scenarios across its 11 maps.

It’s tough, too, as one bad move can result in a near-death experience, requiring others to rally around your low health pool, and bust out tactics like going in a vanguard formation with a shield-wielding Operator. From what I’ve seen people really attempt to use a mic, and if you strive for a shooter that transcends the “point and shoot” mentality, you’ll find solace with Siege. If desired, players can also go at it solo, which is a nice option for those of you who don’t love being online all the time.

Having said that, there is no campaign whatsoever. Instead, you’ll have your pick of 11 Situations, which are very similar to Terrorist Hunt, but with their own set of challenges. For instance, finishing a level with a certain amount of health or completing specific tasks will net you instant renown. I actually really like this mode, as objectives can be completed individually, even if you fail a mission — so there’s incentive to come back over time and eventually “three-star” each Situation. It’s absolutely not a substitute for a full-on story mode, but it’s one of my favorite non-campaign additions in a while, in a sea of multiplayer-only shooters. 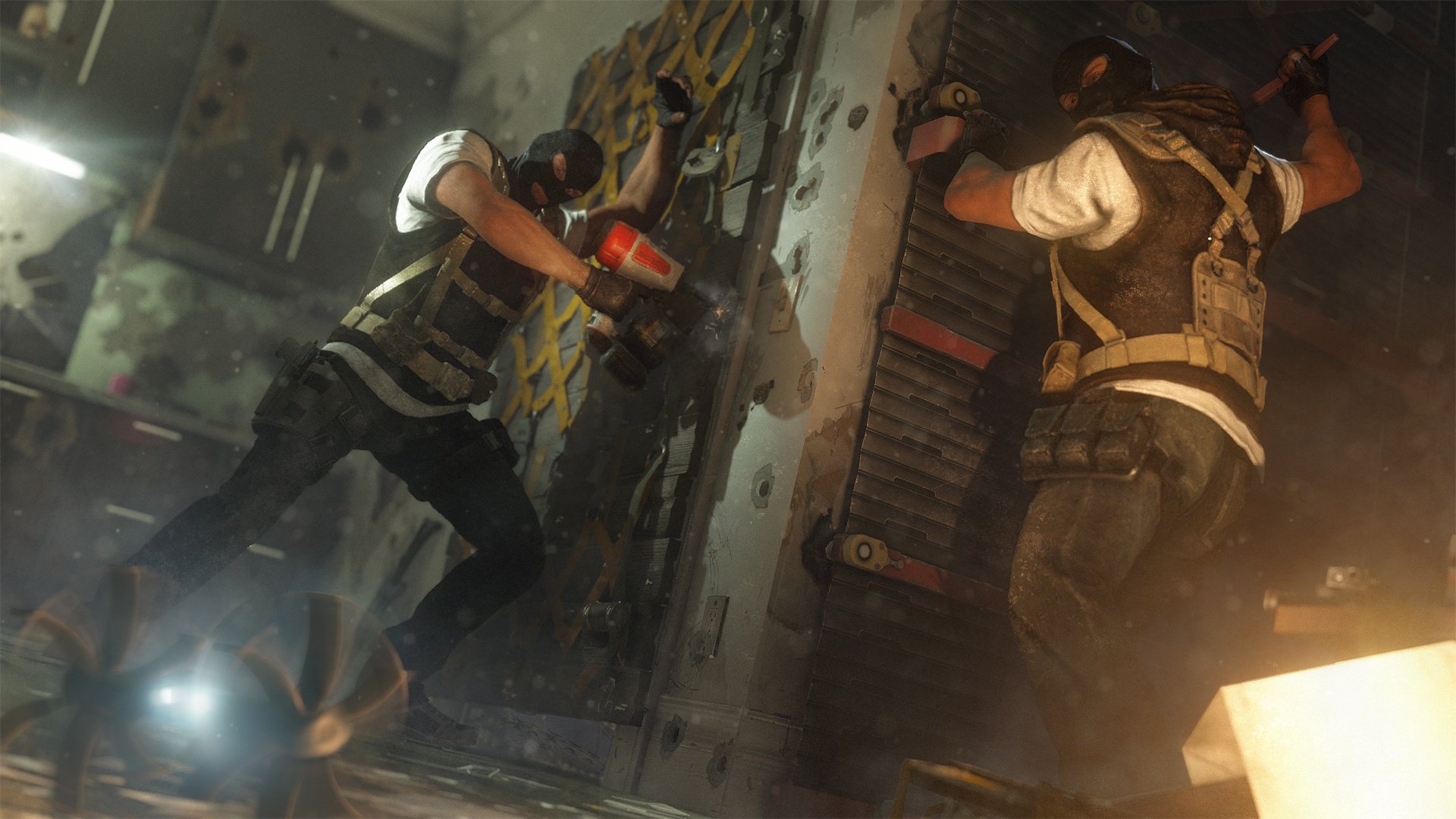 As previously stated, the way these characters are unlocked will likely turn off some, but it’s very much par for the course for the genre, and even ahead of the curve in many ways, actually. In fact, I’m sitting here, having only played the game for a few days, with 10 of the 20 Operators, which isn’t bad at all. If you hate the idea of microtransactions on principle you’ll likely be angry here, but on my end, I was easily able to ignore them and still enjoy Siege. As for server issues, I’ve heard reports of other platforms’ lack of stability, but Siege has been very reliable for me on Xbox One in the past 48 hours. While there are occasional bouts of connection problems after booting up the game, the issue is resolved in seconds, and I’ve played hours-long sessions with no problems.

Rainbow Six Siege has a lot going for it when it comes to the long haul. While three modes doesn’t sound like a lot, the sheer volume of variables involved will result in an experience that constantly stays fresh, even with the current pool of 11 maps. While a few other major shooters have let me down this year, I think Siege is one of the games I’ll be playing the most going forward.