In 1980, while dancing around what can only be described as the second gayest roller rink ever caught on film, Kira – aka Terpsichore, aka one of the nine Muses, aka the goddess of dance and music – sang of a place nobody dared to go with a love we came to know. They call it Xanadu. It’s the proverbial utopia, a paradise, utter perfection; something Tokyo Xanadu isn’t anywhere near. 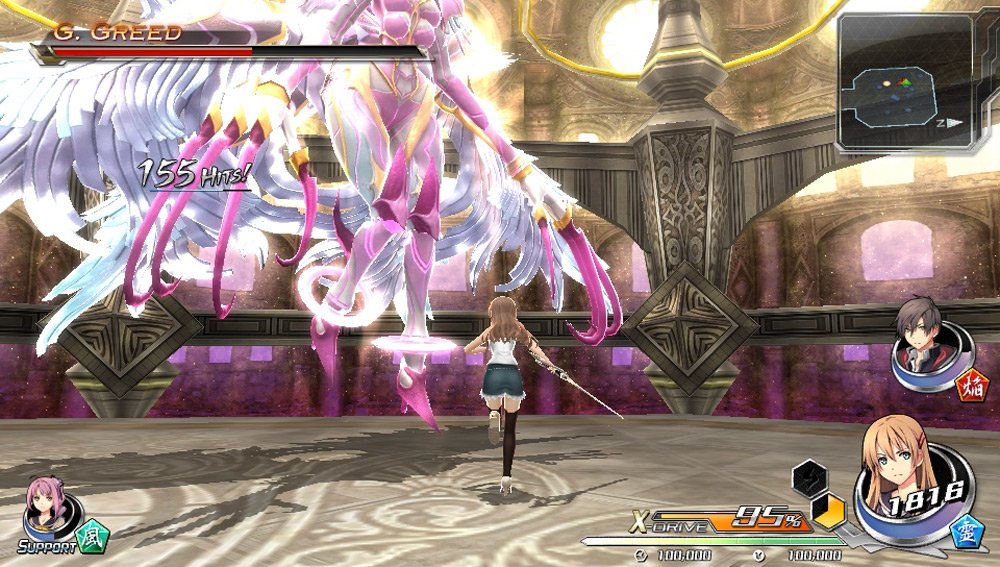 Tokyo Xanadu begins the same way most of the greats do: with an attempted rape. Two thugs follow Asuka Hiiragi, transfer student at Morimiya Academy, to an underpass where they try to get fresh with her. Playing as Kou Tokisaki, the dry, unengaging protagonist of this shindig, I follow the trio and watch as a tear in the world appears, a tear Asuka knew would be there. That’s right, she Hard Candy-ed the bastards and the four of us get sucked into what I will later find out is called an Eclipse. I make my way through this dungeon and catch up to her, finding the thugs down for the count and Asuka ripping her way through demons known as Greed. It’s a promising beginning, a not-too-high standard the rest of the game has a difficult time matching.

Set in the large and equally quaint city of Morimiya, Tokyo Xanadu is a lifestyle JRPG that tasks me with discovering the secret of these Eclipses and what exactly is causing them to appear with such frequency. The Eclipses are supposed to be a secret, one very few people know about, yet I can’t walk five steps without tripping over a supporting character that knows everything about them. It’s like advertising your fight club on Craigslist

Life in Morimiya is quite mundane. I follow Kou to school, to his many part-time jobs, and occasionally, into one of the Eclipse dungeons that pop up around town. Before work, I can wander around the city, talk with people, complete quests for strangers, or get to know the central cast more by spending “Infinity” shards. These episodes usually feature Kou and whoever I have selected to hang with either having a short conversation or completing some unremarkable task. The interactions are always oddly abbreviated, with much of the action explained away in a sentence or two preventing me from becoming attached to anyone.

Kou is a bit of a loner, moody, and often unable to take a joke. He has friends, but he doesn’t really keep up with them, instead focusing his time and effort on his jobs and expanding his army of Eclipse exterminators. While hesitant at first, Asuka eventually lets Kou team up with her. Soon, but not soon enough, the two are joined by several others creating a group dedicated to examining the Eclipse threat.

When I reach that point in the game, when my squad is assembled, I actually start to have fun. Before, through the first five chapters and inexplicably long “intermission,” I’m not really enjoying myself. Each new ally is introduced in their own, self-contained chapter, a process far too slow to be captivating. Honestly, those first chapters and intermission could be reduced to two or three chapters. That would improve pacing and still have the same overall impact on the story.

Kou never becomes the breakout protagonist he should be, but the supporting cast of classmates, teachers, idols, Yakuza, gang members, and mascots breathe some life into this rote tale. Ryouta is amusing as the comedic relief and most joyful member of the cast, but the day-to-day lives, interests, goals, and fears of these kids are par the course for the genre. Nothing they go through is new or groundbreaking, and because Morimiya is such a lifeless city, it makes their stories all the less interesting. 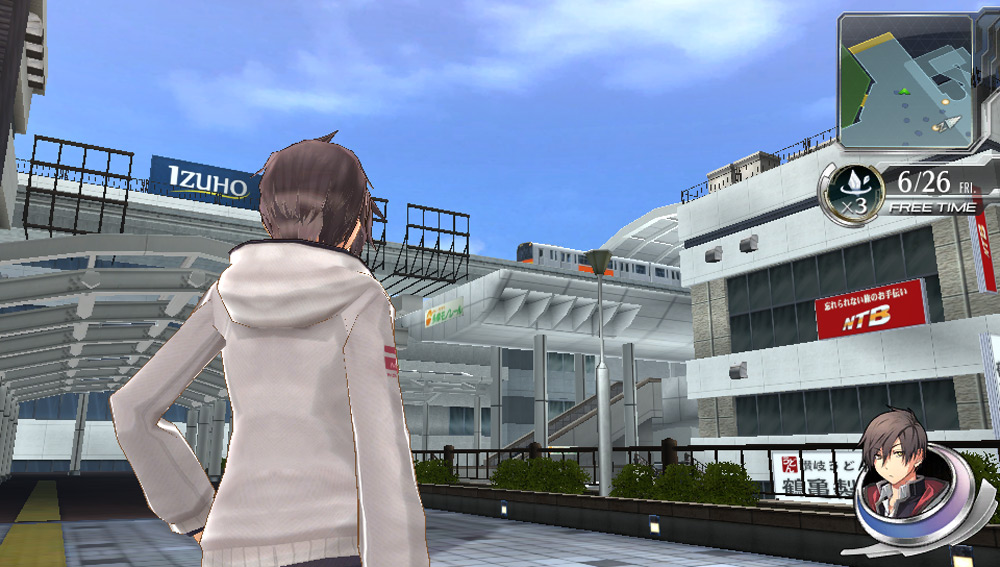 My enjoyment of Tokyo Xanadu reached its crescendo in the penultimate chapter before crashing to the ground in its final set of dungeons. If the first half of the game felt too thinly spread out, this final chapter is far too condensed with an unbelievable number of straight-up dumb moments that punctuate its fall from its high point just a few hours prior. I can suspend belief that teenagers with magic cell phones can materialize weapons to fight monsters known as Greed, but I refuse to be on board with nearly everything that happens in the finals hours of this adventure.

The dungeons fare far better than the story, though they also have issues. Nearly all of them are extremely linear in layout, feature unexceptional designs, lack memorable gimmicks or centerpieces, and are accompanied by music best described as derivative. Exploration is non-existent and if there are puzzles, they’re not stumping anyone. This is the case for the first half of the game. Later dungeons do show signs of effort in both design and music, though I can’t tell if that effort is actually significant or simply a bit more than what was put into the early labyrinths.

If there is ever a saving grace for this game it’s the combat. Like James Franco’s pie, it’s so good. Tokyo Xanadu is an action JRPG and while I can have three people on my team in any given dungeon, I only control one of them at a time. Each character has limited number of attacks. Spamming “X” is their combo and pressing square performs a distance attack while holding square will initiate a charged attack. I can jump by pressing circle, allowing for flying jumping attacks that can also be used to clear gaps and lava in the ground. “R” and “L” perform dodge and lock-on respectively and pressing the triangle or right on the control pad will swap in one of my other teammates. 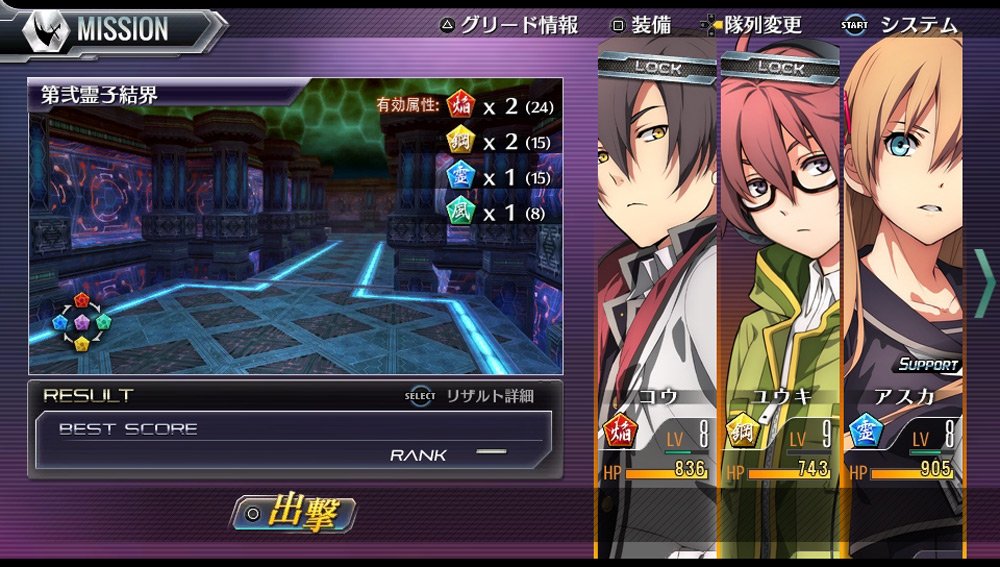 This swap function is critical to the game. Each character can have one element assigned to them. Before each dungeon, I am given a rundown of what type of enemy elements I will encounter so I can plan accordingly. Characters also specialize in certain attacks. Kou’s combo ravages, karate kid Sora’s charged attack devastates, and Mitsuki deftly chips away at health from afar. It’s a fun rock-paper-scissors format with strong RPG mechanics that forces me to switch my characters in an instant if I want to succeed. The game is at its best when I’m constantly rotating my through my team, fending off the waves of Greed.

Enemy design is also worth making note of, though there are very few different types of enemies in the game. Mostly, I’m just fighting the same creatures in each dungeon with a different element assigned to it. Bosses are huge and a choice few look like they fell straight out of Paradiso and into this game. The size of these bosses does handicap the experience in the closing hours as they often make it impossible to figure out what the hell is going on, but overall I was pretty impressed by the imagination applied to these enemy designs and seemingly nowhere else.

The combat here is good, really good, and for some, that may be all they need. For you, that may be enough to convince you to plop down your $40 for this game. For me, the fun in Tokyo Xanadu is buried beneath so much unskippable, unpauseable, and unmemorable story I can’t in good conscience give it my full support.