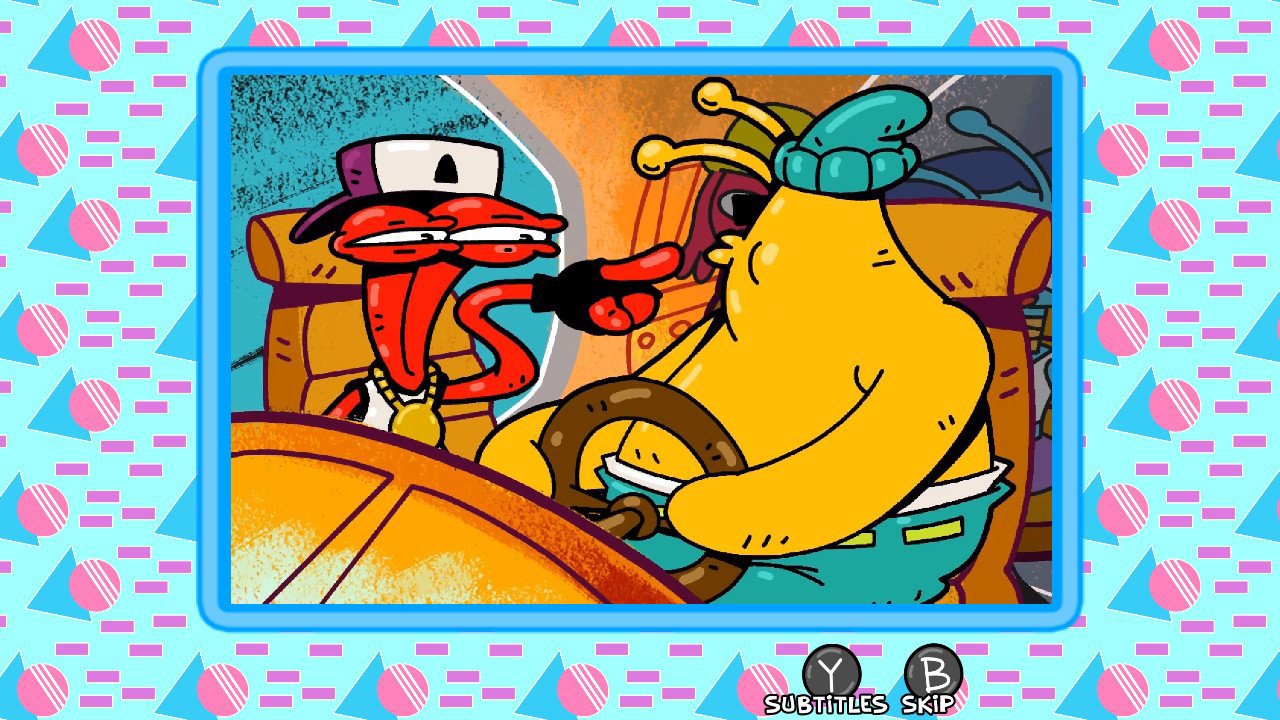 A few months back, I got the opportunity to play ToeJam & Earl: Back in the Groove with series creator Greg Johnson. In a relaxed and comfortably humid showroom, the two of us sat side-by-side, guiding the titular heroes through this fragmented world as Johnson explained the ropes of the game to me. I grew up in a one-console household and the SNES was our hardware of choice. In fact, it was the choice of most of my friends. The only access we had to a Genesis was at the local Boys & Girls Club, and even then we only used it to enter Madden tournaments.

So as Johnson tried to get me into the game that day at PAX, I humored him even though I just did not understand the appeal. Why do I care? What is the point of this game? How is this some treasured franchise that needs to be brought back? When I left that hands-on session, everything about it — outside of the look on Johnson’s face when he realized how many bugs his team had to deal with before launch — simply dissipated from my mind.

Turns out, a weekend spent trying to cram as many games in as possible isn’t the best way to appreciate the brilliance of ToeJam & Earl. What I needed was a few days holed up in bed fighting a cold to see that Back in the Groove is all that and a bag of chips.

ToeJam & Earl: Back in the Groove is a fondue pot of late ‘80s/early ‘90s American hip-hop culture. Stick a fork in and you’re bound to pull out old-school slang, funky designs, and the type of rap white people of the era didn’t find threatening. It’s all cobbled together with Nicktoons-meets-Dr. Seuss art direction and gameplay perfect for chilling out maxin, relaxin all cool. In an age where games are trying to one-up each other with how loud, fast, and exciting they are, Back in the Groove reminds us of how rewarding it can be taking it low and slow.

The brief narrative driving the adventure starts out just outside our planet. After borrowing and subsequently crashing Lamont’s Rapmaster Rocket into Earth, ToeJam & Earl, as well as girlfriends Latisha and Lewanda, have to scour up to 25 randomly generated levels searching for the 10 missing pieces. Each character has their own strengths and weaknesses as well as their own initial set of stats. As I was still unfamiliar with the general concept of the game, I started in the short, tutorial mode that gradually introduced the many concepts to me in a manner that was easy to digest. Everything from exchanging presents and raising your character’s level to how to get far in the hidden Hyperfunk Zones is thoroughly covered so that no player will be confused about what to do even if they can’t quite figure out just what this game is.

Back in the Groove wears a lot of backward baseball caps and you can’t really peg it in a single genre. It’s a rogue-lite scavenger hunt of an adventure game with rhythm, auto-runner, and stealth elements littered across each map. At any given moment, you can be getting’ jiggy in the middle of the desert, dodging attacks from an ice cream truck, finding peace with Gandhi, or jumping over to one of the many islands that house the biggest donors to the game’s Kickstarter campaign. While the variety of elements present in Back in the Groove isn’t quite as large as I anticipated, the absurd ways the game mashes them all together keeps the experience fresh for each run I attempt.

It’s hard to nail down just why this game is so much fun, but make no mistake, Back in the Groove is fun. Even without combat or a real sense of purpose, strolling across every map, shaking trees for XP, and dodging attacks from fanboys and irate mothers is an endless joy; a joy that becomes more blissful when you add presents to mix.

Throughout the game, your character will amass a collection of presents that either aids them in their journey or hinders their experience. Most presents are unidentified when you pick them up, so putting one into play is a gamble on whether or not it’ll be of any assistance to you. One of my favorite moments from the last week had me sneaking around a bunch of sleeping earthlings who immediately woke up and started chasing me when I accidentally used the “Here I Am” present, which erects a giant sign behind me and sets off the noise machine to alert everyone to my whereabouts. Unleashing that monstrosity on myself was amusing in single-player mode, but Back in the Groove absolutely sparkles as a co-op adventure.

At launch, four players will be able to connect online with a day-one patch, meaning my review period was limited to local couch co-op. Honestly, that’s the best way to play this game. Each player is free to proceed at their own pace in their own direction, only occasionally being forced to the same location in certain situations. Presents can be shared with one another, so if you find your homie in a jam, you can help them out. Adversely, you can strap a pair of rocket skates to their feet and send them flying off the stage, back down to the level below. It’s a riot and with so many different presents to collect and earthlings to encounter, no two runs should ever be the same.

ToeJam & Earl: Back in the Groove is unquestionably a short game but that actually works in its favor. Completing each of the 25 levels of a fixed, random, or hardcore random mode will only take a few hours depending on your playstyle. But the game is always inviting players back for repeated runs with unlockable characters, secret areas, collectible hats, some of the best music you’ll hear all year, and a visual appeal that exquisitely nails the ‘90s cartoon aesthetics.

Playing this game is equivalent to downing some orange soda and Cool Ranch Doritos while watching Rocko’s Modern Life with the Fresh Prince and DJ Jazzy Jeff playing on my parents’ six-CD player. With a little more variety in objectives this could be the killer co-op game to end all co-op games, but even with the same basic goal each run, ToeJam & Earl: Back in the Groove is one of the illest, dopest, most hella fly experiences I’ve had on my Switch. And while I know that vernacular is terribly dated, it totally works when talking about this game.

Filed under... #Adventure Games#roguelike#Switch#ToeJam & Earl: Back in the Groove#Top Stories