A great setup for the next two episodes

In some ways, Telltale’s Wolf Among Us has topped its already stellar Walking Dead franchise. Although it doesn’t feature a true post-apocalyptic setting, it still manages to feel bleak and hopeless in its own way. It also helps that almost every character is memorable, and the situations, harrowing.

The last time we saw Bigby Wolf he had just made a break in the case, and was hot on the trail of the murderer that had been plaguing Fabletown. While the follow-up isn’t really as exciting as its predecessor, it still features the same likable and intriguing world — and at this point, it’s clear that the final episodes are going to be one hell of a ride. 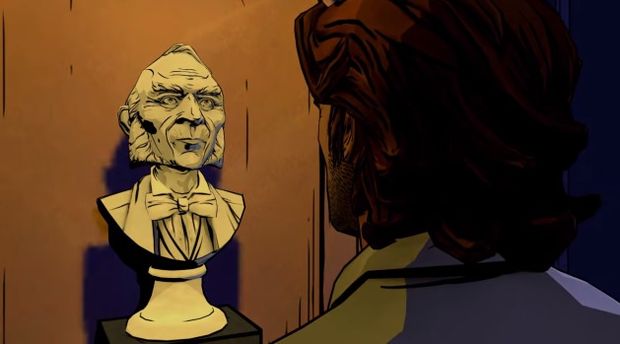 A Crooked Mile picks up right after where Smoke & Mirrors left off: in the hotel room where the alleged murderer’s identity is revealed. At this point the episodes starts with a bang, as Bigby attempts to discern the whirlwind of emotions and facts that lead to this very moment. You can choose to let this frustration out on Beauty, or keep your calm and carry on. The truth is though, Bigby will never be the same after this moment.

Although not a whole lot actually happens in this episode, the whole tone of the series has changed — for the better. You can cut the tension with a knife, and by extension, you can cut a whole lot of other things if you choose to give into Bigby’s wilder side. The body count is becoming more real, and the stakes are higher as a result.

There’s increased interaction with some of the ancillary characters this time around, and they’re a bit more nuanced than your interactions with them in the past. Characters like Holly and Gren are more fleshed out as you talk to them more, and the whole world feels more lifelike as a result. As usual the writing is biting and interesting, and really brings the characters into their own.

The insane attention to detail is still there, as you get to see the little things like the classic Alice in Wonderland beanies hanging in the wall of Tweedledum and Tweedledee’s office, or fliers for “I Am the Eggman Diner.” It’s clear that the environments in Wolf aren’t just half-assed, and like the characters themselves, each room is an extension of the world.

There’s also a few hilarious jokes that reference the adventure genre, like the fact that Bigby talks to himself when investigating items, and “[x] character won’t remember this” after they drink themselves blackout drunk. They’re both tiny nods that remind you of the humor that Fabletown can bring with characters like Bufkin. 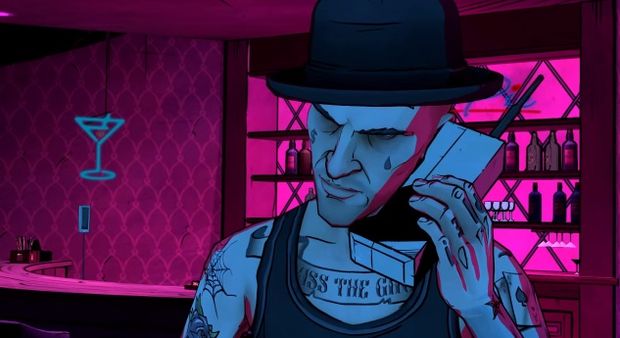 You’ll also encounter a few new characters, which will likely return in episodes four and five to lead into one finale confrontation. But really, A Crooked Mile is more about tying up some loose ends and setting things up rather than introducing too many new facets (or locations) to the mix. In that sense it’s slower paced, especially after Smoke and Mirrors, which was my favorite episode yet. Sadly, the light puzzle element found in Smoke also doesn’t return, which hurts the episode’s variety a bit.

Choices are also light, as Mile only has one real “major” decision on what place to visit first — and even then, you end up visiting all of them eventually. There are still choices, to be sure, but they’re not as apparent as previous episodes. Having said that, Mile has one hell of a finale, and really shows off what Bigby is capable of. As I previously stated, I truly can’t wait to see how this series ends. 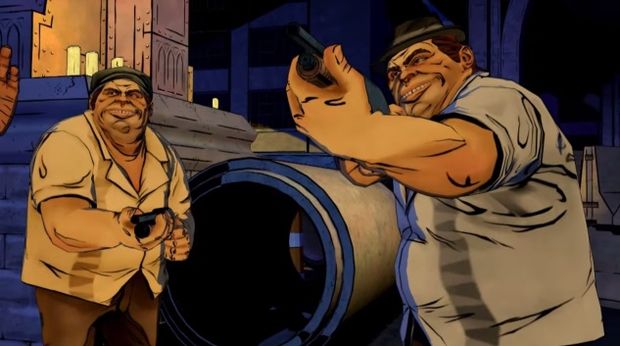 The Wolf Among Us: A Crooked Mile isn’t as interesting as episode two, but the undeniable charm of the world and the characters is still ever present. This series has not only inspired me to read the Fables comics line, but I’m also emotionally invested in practically all of the characters, and the wait between episodes has become almost unbearable. At this point it wouldn’t be a bad decision to go all in if you were on the fence.