More of the same, which isn’t a bad thing

I really enjoyed watching Clementine’s tale unfold over the course of The Walking Dead Season 2. It managed to establish a different tone than the first season, which makes them rather hard to compare bit by bit.

But in terms of delivering a suspenseful, emotional finale, I think Lee’s final outing takes the cake. Season 2’s No Going Back is the last time we’ll see Clementine for a while, but for the most part the episode deals with many of the same themes we’ve seen in her adventures so far.

Not that it’s a bad thing, mind you — just don’t go in expecting it to blow your mind. 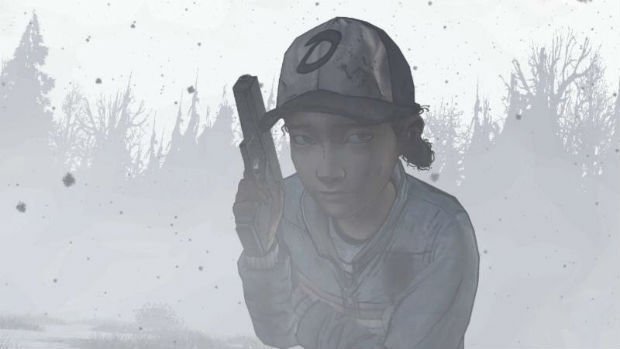 No Going Back picks up immediately after the cliffhanger in Amid the Ruins, with Clem on the ground in a haze. Looking up she sees the resulting shootout, and must make a few tough choices immediately. What starts off as a riveting event slowly turns into more walking and more low-key group conflict, which feels fairly out of place in a highly anticipated season finale such as this.

Having said that, it’s all still enjoyable just as the entire season has been so far. The “Kenny situation” has come to a head, with multiple group members becoming fed up with his shenanigans and increasingly unstable attitude. You’ll find yourself constantly siding with the group, Kenny, or both, as the schism slowly takes hold and spirals into an untenable situation. It’s an interesting look at human interaction for sure, as you’ll see just how much people can take before they snap — from both sides of the equation.

One of the main sources of my disappointment for No Going Back though is the distinct lack of mystery and tension that we had with Lee’s finale. Here, the only real unsolved issue is the question of “will one particular outsider betray the group,” and even then that specific character isn’t compelling enough to really make me care about what happens to them. That said, a few characters did genuinely surprise me, and the fact that Telltale was able to illicit a disappointed response out of me from digital characters is an accomplishment.

If you’re a fan of player choice and actual outcomes, you’re going to love how Season 2 ends up, because nearly all of your decisions so far actually impact the finale. Whereas in the first season I felt like many choices were futile, this season does a great job of making you feel like you’re in charge of where the story is going. Telltale’s concept of forging “your own Clementine” rings true, and again, is a different feel from Lee’s intended finish line.

The “rewind” feature is genius, and unlike the first season where I was happy enough playing it once, maybe two times, I can’t stop testing the waters with the second season. Even something as small as an off-handed comment can change an event significantly. Despite the fact that I think Season 1 was perhaps better as a whole, I’ve been playing Season 2 more often.

I really enjoyed Season 2 of The Walking Dead overall, even if its finale lacks bite. It was original, compelling, and managed to deliver yet another interesting cast of characters to romp through the countryside with. I can safely say that Telltale hasn’t run out of ideas yet, and I’d still love to see a Season 3 someday.