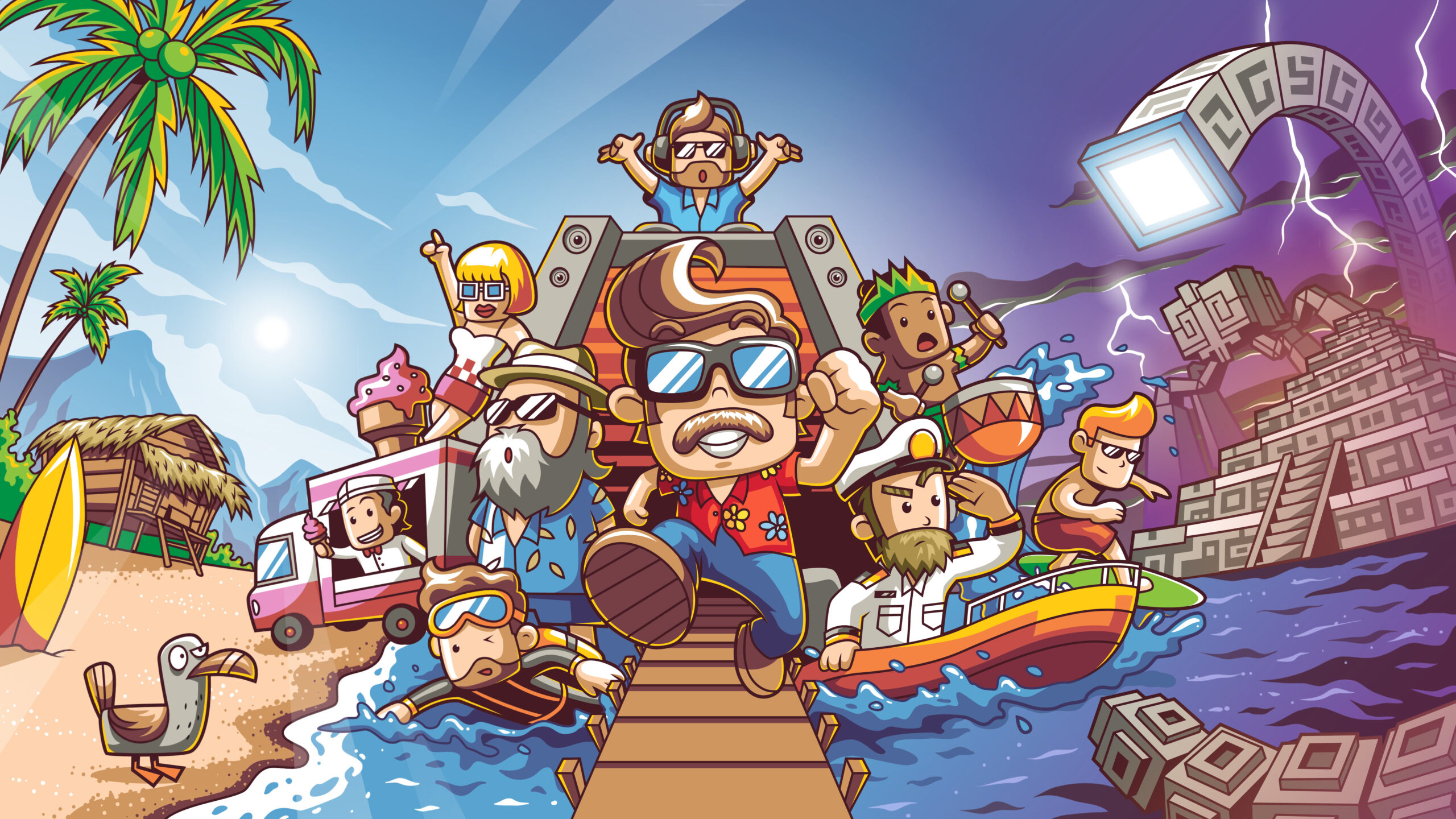 Islands in the sea, that is what we are…

Right now, there are seven inches of snow on the ground and the temperatures are well below freezing. It’s the type of weather that gets people imagining warm, exotic locations in a fruitless bid to tricking the body into thinking it’s warm right before the hypothermia kicks in.

I could do that, or I could just explore the hot, sandy islands of The Touryst. 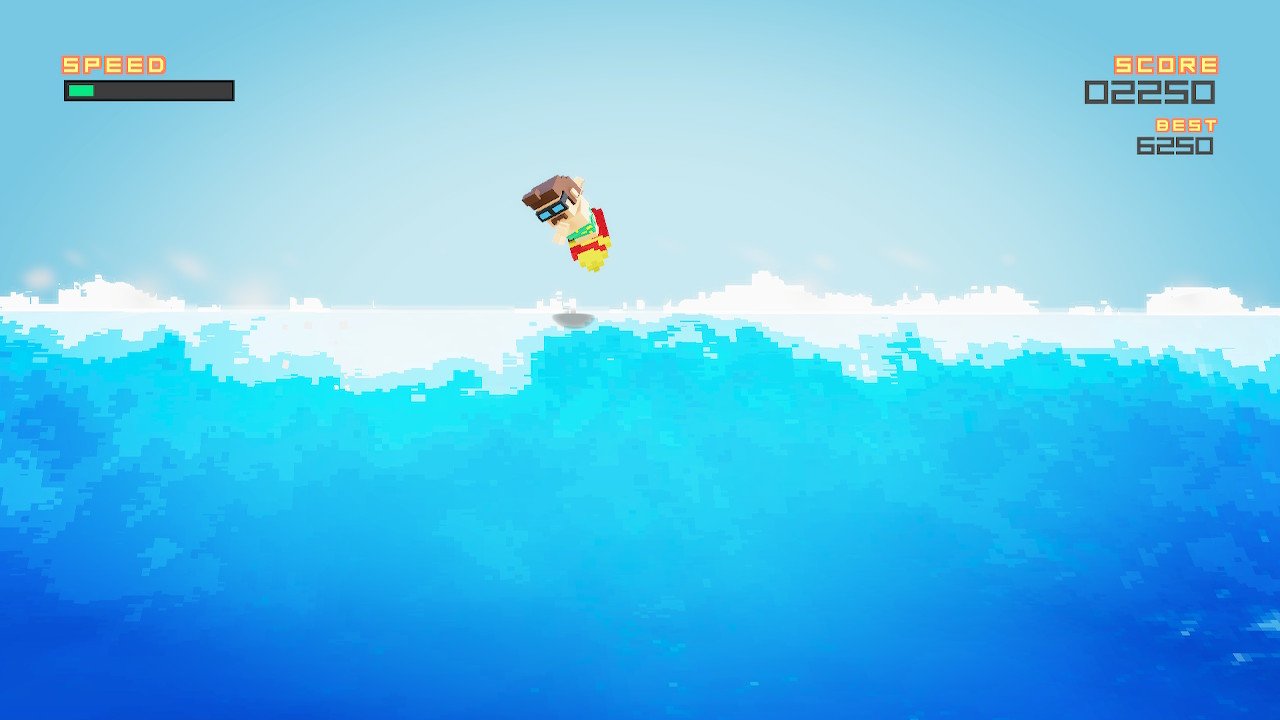 Set in a curiously square archipelago in the middle of the ocean, The Touryst is a peculiar game about a tourist trying to discover the secret of a series of temples that adorn several of the islands that make-up this quasi-open-world adventure. The unnamed tourist starts on a quaint little island where he meets an old man, a tourist himself, who sets the protagonist on a journey that will see him face danger as he dives into the depths of mysterious temples.

Or he can say screw it and just go chill at the arcade.

Like Sturgill Simpson, The Touryst can’t be pegged into a single genre or category of game. There are puzzles to solve, photographs to snap, mini-games to conquer, and strange Sentinels to be outsmarted. Each island you explore has its own set of quests that you are free to finish at your leisure. While there is a narrative to press forward, The Touryst doesn’t force players into a linear path toward the finish. Rather, like a real vacation, it encourages players to chill and get to know their surroundings.

The islands are unique enough in design that it never really feels repetitive despite the overarching Pacific Island motif. Leisure Island features an arcade with 8- and 16-bit versions of previous Shin’en titles — you’ll love the FAST RMX demake — as well as a record store, photo gallery, and movie theater curiously playing a film called The Touryst. Hawayy has a surfing competition, Ybiza features a beachside dance party, and Fijy is home to musical natives. There is an undersea section to discover and a deep cave to spelunk while you maybe consider about possibly checking out all those towering monuments.

There is a lot to do on these islands, but just about every task will be completed in little to no time. Some require mere seconds, others just a few minutes. Some tasks require you to wait until you’ve unlocked all the islands, but once you do, you can wrap them up in a near-instant. If you enjoy photography in games, there are a lot of opportunities to take some photos throughout Touryst.

And really, I found myself taking pictures even when it wasn’t asked of me. The art direction for The Touryst is stupendous. The brightly colored voxel graphics pop off the Switch screen and Shin’en went above and beyond showing how simple graphics can create lush environments. The voxels in the waves while surfing are a particularly nice touch, reminding me a bit of the roaring ocean in The Lego Movie. And it does employ the screen-blur technique used by the Link’s Awakening remake, but unlike that game, this one maintains 60fps. 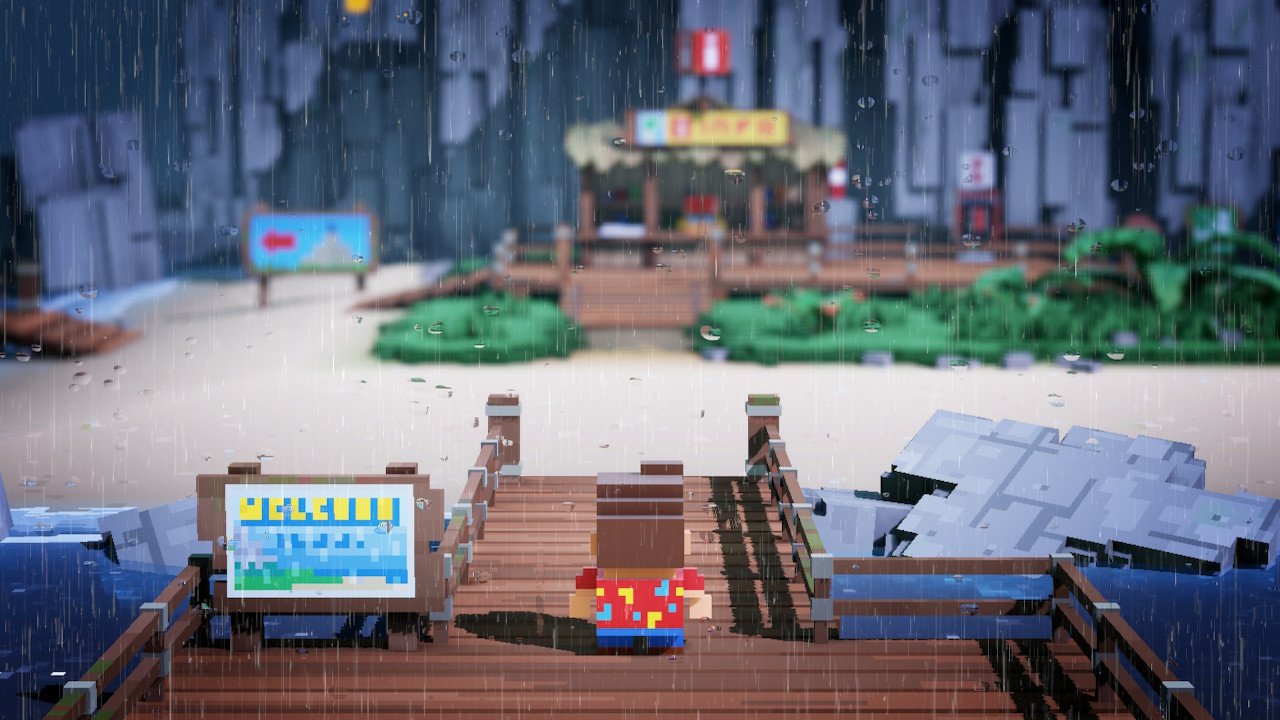 Side activities like surfing and spelunking help pad out the game’s six-hour runtime, but the meat of the experience is found exploring those monuments, uncovering the secrets they hold. Mind you, there’s not much meat there as, like everything else in this game, these monument dungeons can be completed pretty quickly. While you can’t die in the game — if you fall in a pit you just reset to the beginning of the room — these mini-dungeons provide a good challenge that can be attributed to both the design of the rooms and the camera that can be an issue if you don’t take the time to position it just right. While you have full, 360° control of the camera out of the monuments, when you’re inside them or any other building in the game your control is limited. This can create some tricky platforming sections if you’re in too much of a hurry to get through it.

There isn’t a strong narrative that strings together this adventure, but the lack of one makes the whole experience a bit more beguiling. If I were subject to an endless series of cut-scenes where characters prattle through the exposition, I wouldn’t have walked away from The Touryst as intrigued as I am. Mind you, it’s not an amazing experience or something I’m going to remember several months from now like other, more dynamic indie games. But, as a small, self-contained adventure with gorgeous style and a playful sense of freedom, I was more than satisfied when the credits rolled.