NOT the sequel to the energy drink

Liquid sugar: that’s pretty much Surge in a nutshell (or a can!). Somehow, someway, 21% of your daily carbohydrate value is fulfilled with just one (okay, rather big 16 ounce) serving size, and with 69 milligrams of caffeine, you’ll be amped for a little while. Meet the new Surge, same as the old Surge!

Oh god damn it: I reviewed the wrong Surge. 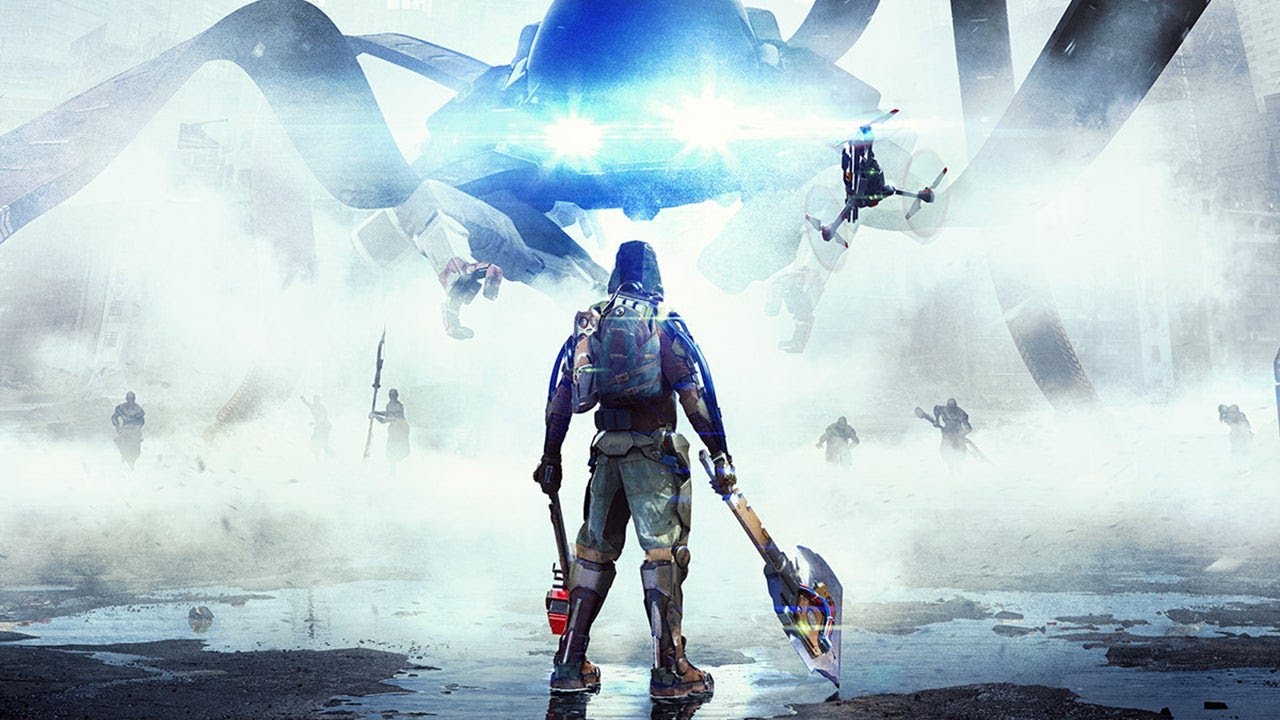 At this point, you’re probably realizing “this is a video game website, what the hell?” Well I’m not going to disappoint you: I did actually play The Surge 2.

For the folks not following along at home, the first Surge came out in 2017 and followed a very…rhymes with “Moles-like” formula. A few of us thought it was middling to mediocre at the time, and having replayed it recently in anticipation of this review, I’d say that assessment still holds up. It’s a good thing Deck13 took a lot of those criticisms to heart.

I can’t even begin to explain how much more personality has been injected into the sequel. You can cut a radio communication with a boss character short, blaming it on “static” while mocking him in cartoonish fashion. Vending machines have mood swings and faces. I did not expect to chuckle this much or have the ability to show NPCs constant sass in a sequel to The Surge, but lo and behold.

There’s also more of an attempt at an actual narrative this time around, even if it mostly focuses on a pseudo-religious concept caked in a far-future aesthetic. It’s not just a thematic makeover, though. Surge 2‘s new locale of Jericho City gives everything a more uniform feel, as it’s an actual world instead of an aimless series of hallways and corridors. There’s also an almost comical amount of shortcuts, to the point where nearly every area snakes into everything. Plus it’s so much more inviting! The dour factory-brown colors of the first are sacrificed as food for the neon Gods.

To facilitate exploration in this brave new world, leveling up is infectious. More levels mean more stats (duh) like extra life, stamina, and MP (battery) like every other action RPG; but also more gear slots and abilities. In Surge 2, your “weight” parameter is sort of doubled up as a gear capacity meter and governs your ability slots, allowing for a number of different builds. This is how you evolve from “sci-fi dude (or gal) who swings a pipe” to “a giant tank Exosquad soldier that dual-wields, uses a stimpack to buff damage, and has a supercharged drone.” New Game Plus (with more story insight and reworked enemy placement) is more enticing as a result, as most players won’t fully upgrade their loadout or acquire every ability in their first 20-ish-hour run.

Combat is also smoother in the sequel, making better use of the whole “horizontal and vertical” attack (not “light and heavy,” for once) dichotomy. Blocking directional attacks and getting through guards is a more nuanced affair, and the game’s myriad builds better allow you to capitalize on precision. It’s also much less obtuse and conducive to experimentation, with a more forgiving energy system (that lets you endlessly power abilities so long as you keep earning energy [MP] by attacking) and a total lack of “weapon skill” requirements. You can basically pick up a new piece of gear and try it out right away without having to “grind it up.” 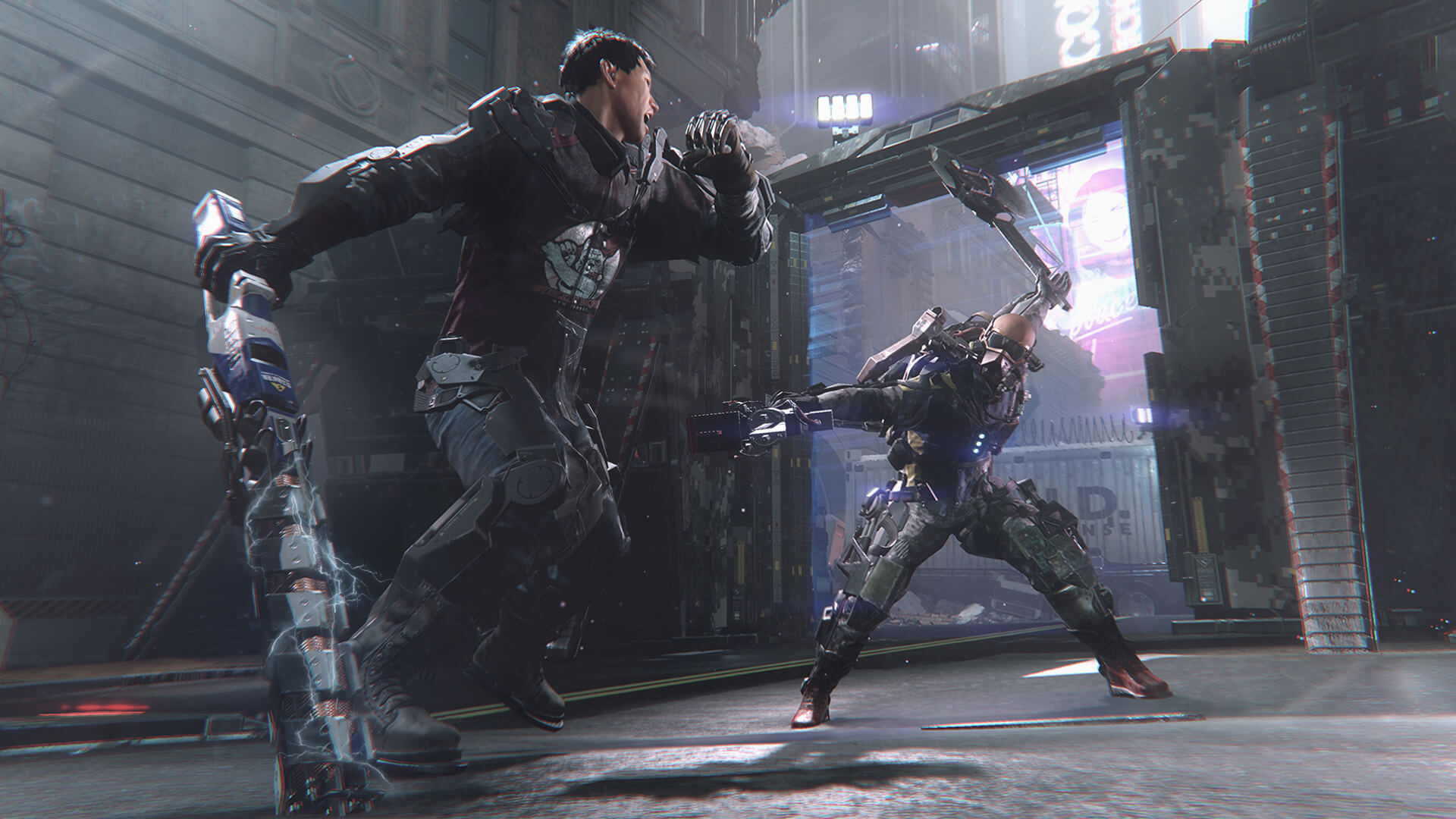 But while the framework is there, in practice, it can get tedious. Many of the game’s early enemies are “sci-fi dudes with pipes,” and while cool robotic designs occasionally sashay into your field of view (especially later on), much of the humanoid movesets are strikingly homogenized. Some new unique designs are introduced eventually, but quickly fall out of favor or are never seen again. In a few cases, even bosses are just repeats of previous, much cooler multi-phase big bads.

Even worse, I encountered a few nasty bugs in the PS4 version. Once, enemies didn’t interact (big bug, right?!) with my character, forcing me to reset the game to fix it. I also had three hard crashes when playing on PS4, which resulted in roughly 5-10 minutes of lost progress for each crash at maximum. You might riot over it — I restarted the game and kept playing. Deck13 says that much of this will be fixed in a day-one patch, but this is what I experienced and some of these issues might make it through.

While Deck13 still has some work to do, The Surge 2 is a massive step up from its predecessor in just about every respect. For the first time, I’m actually excited to see what the studio is working on next.