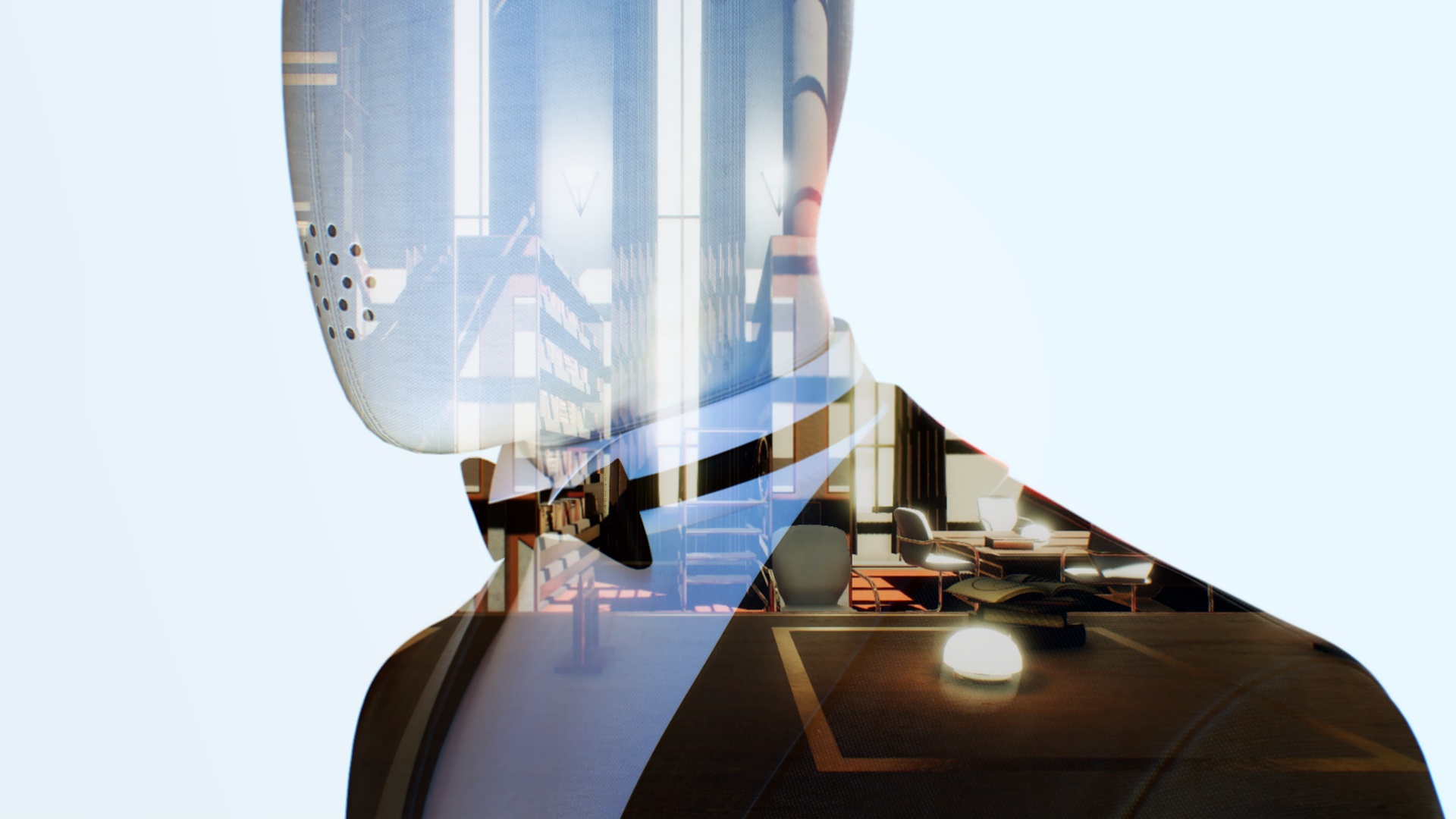 The Spectrum Retreat is a puzzling game. It’s a puzzle game, sure, and that means solutions are the great reward. But there’s an overarching story that’s slowly unraveled, and answering its mystery is the greatest reward.

The problem is that both parts — all the puzzle stuff and the narrative exposition — are almost mutually exclusive. The puzzles serve as a way to space out the bread crumb trail of clues. They’re obstacles and that’s exactly what puzzles should be. However, the pacing can feel out of sync when the yearning to learn more about this story is overshadowed by the number of brain-teasers left to overcome.

The Spectrum Retreat starts at its most mysterious. Awoken in a sterile and nondescript hotel room, protagonist Alex knows nothing about his surroundings. A knock on the door reveals a helpful member of the hotel staff — a creepy mannequin-android thing whose only facial feature is a speaker for a mouth.

It’s not long before we’re able to discern that this is a digital hotel, some sort of Matrix-like simulation where the mind takes a vacation while the body rests somewhere in the physical world. Every day is perfectly manicured and completely repetitive. Alex must go down to the restaurant every morning to kickstart the cycle of events. That’s the only way to break free.

With the help of Cooper, a person who only exists on the other end of a telephone, Alex finds ways to ascend the hotel floors one at a time. Each day is dedicated to tackling a new floor. It’s more arduous than it sounds because completing a floor means besting a series of simulated puzzle rooms.

This is the crux of The Spectrum Retreat — an ever-evolving and expanding set of puzzles that revolve around color switching. It starts simple enough. There are orange cubes and white cubes. Alex can steal the color from a cube and swap it with the color that’s currently on his handheld device. So, if he has white and shoots an orange cube, his device will become orange and the cube will become white.

Access is the reason for all of this palette-swapping. Alex can pass through colored walls if they match the hue in his device. It’s the only real way to progress through levels. Sometimes the walls can be used as bridges though, provided he has a different color than the bridge.

Soon enough, it all gets far more complicated. New colors are introduced, there’s the ability to teleport to same-colored spots, and eventually rooms can be shifted 90 degrees at a time. It never feels too convoluted, though.

The Spectrum Retreat is a well-designed puzzle game, but it falls short of being truly great. Nothing was ever so difficult that I couldn’t figure it out by examining the environment for a few minutes. The rooms get larger and more elaborate, but they don’t necessarily get tougher. Instead of getting more challenging, a lot of times it feels as if there are just three or four smaller puzzles to solve en route to escaping the room. It doesn’t ramp up as much as it just sprawls. It’s an important distinction.

(Also, there are many puzzles where it’s possible to work your way into an unsolvable situation; the only recourse is to restart the room from scratch via a menu prompt.)

The very best that The Spectrum Retreat has to offer comes in the game’s final challenge. This aligns with the themes and developments thus far, nicely interweaving narrative with puzzles. Unfortunately, the rest of the game doesn’t do that. There are small, intermittent story beats — usually in the form of documents littering the puzzle rooms. But nearly all major revelations wait until Alex is back within the disturbing confines of the Penrose Hotel.

At its core, The Spectrum Retreat has a tragic story about a family cast aside by the American health care system. That much becomes apparent early on, but the finer details are hidden behind too many consecutive puzzles. There’s a narrative worth hearing here, but the cadence at which it’s told is just a little bit off. That, mixed with the good-but-not-outstanding puzzle design, keeps The Spectrum Retreat from being a truly great stay.