Where does madness leave off and reality begin?

The Sinking City is without a doubt a love letter to H. P. Lovecraft’s work. Even going as far as being set within the same universe, specifically The Shadow over Innsmouth, and directly references those events and plenty more from Lovecraft’s tales. However, it’s not just a clear love for the source material that makes The Sinking City great. The atmosphere and world building of Oakmont, Massachusetts are just as deep as its fictional waters, with a story and murky sense of morality to match in the best possible ways.

You’re placed in the shoes of Charles Reed, a great war veteran turned private eye who is losing his grip on sanity. He arrives in Oakmont looking for the source of his chaotic visions and is quickly tasked with also solving the seemingly supernatural flooding that is taking place in Oakmont. Between dodging gunfire from simple crooks and encounters with nightmarish creatures, you’ll wade through the darkness and insanity of Oakmont’s citizens and unravel an intrinsic mystery only fitting from the folks that brought us the Sherlock Holmes games. 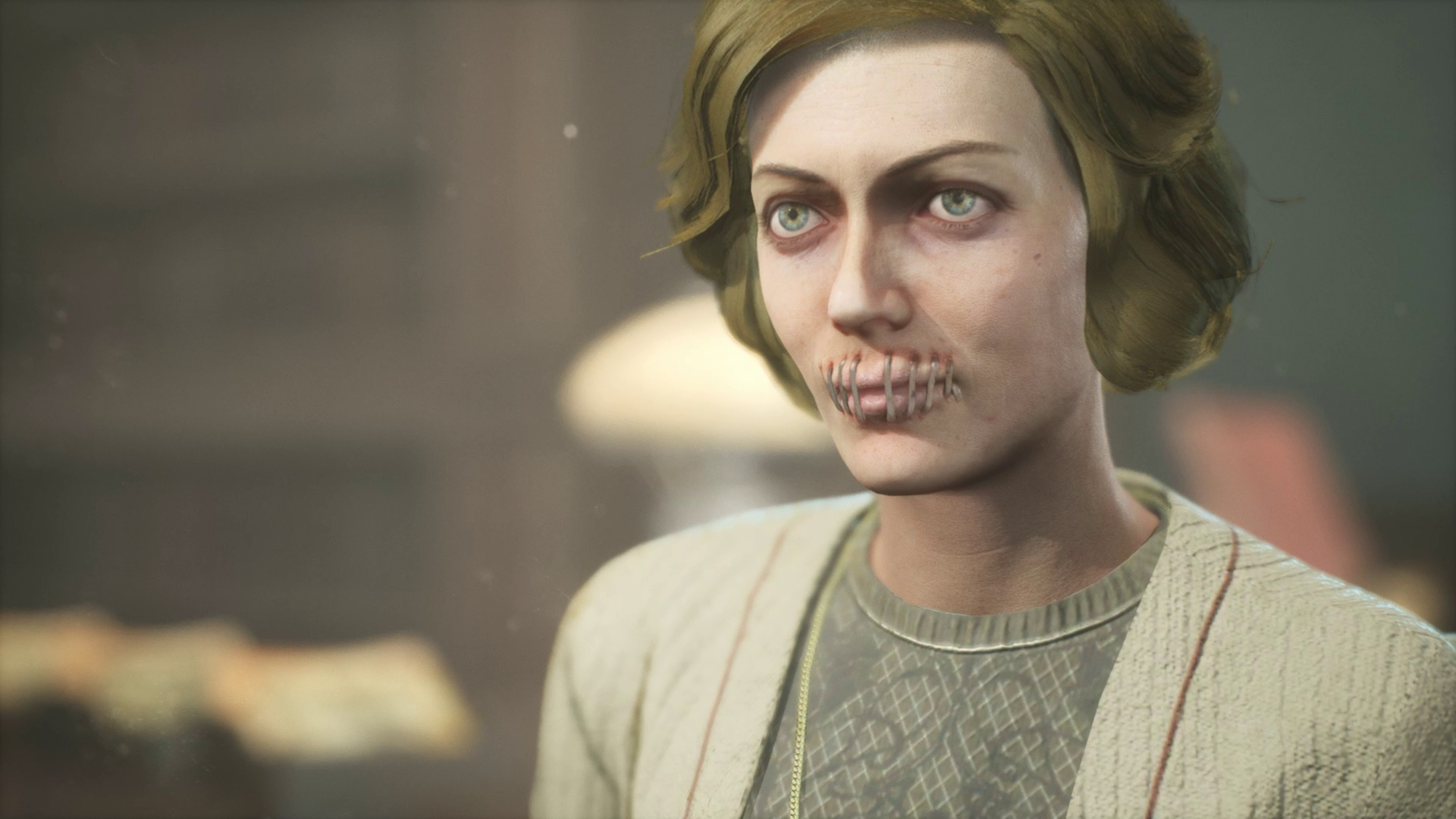 From the moment you arrive in Oakmont, you’ll begin to notice outside of the obvious flooding and decay around you a constant feeling of wariness and alienation from its citizens. Everyone refers you to you as a “newcomer” in a condescending manner and the inhabitants are just as odd as their flooded surroundings. From the unique facial features of the innsmouthers and Throgmorten family, to even the city librarian who’s lips are literally sealed shut because of a “local custom.” All of the different groups, families, and factions of Oakmont have their own prejudices, social politics, and even their own unique dialect.

Combine this with the hostile open world and hopeless atmosphere and it makes for some believable and great world building. To go along with the hopeless atmosphere is a tale of desperation for one’s own sanity and plenty of gray morality decisions. Choices are never simply black and white in The Sinking City. In one instance, for example, I was given the choice to either side with and join a group who seemingly had good intentions and were helping the poor, but, behind the scenes, were also up to some shady and violent stuff (they even kidnapped someone I was looking for). Or I could side with someone who had a clear vendetta and racial prejudice towards them, along with an extreme solution for dealing with them. All while having useful information and details on the person I’m trying to find.

To further aid this, the voice acting is solid and the detective gameplay is the best aspect of The Sinking City. The “Mind Palace” makes a welcome return from the Sherlock Holmes games and works well here when piecing together observations and giving you more details on the tough calls you’ll need to make. Most of the actual detective gameplay boils down to finding clues around the environment and utilizing various archives around the city such as police records, the library, city hall, and various others to either find specific people or locations.

There aren’t any obvious waypoints to guide you along, you’ll constantly rely on your map as you search for specific street names or locations. There’s also a fair amount of side cases to solve and even collectibles to find around the city. However, the more you explore Oakmont the more you’ll begin to notice how familiar it all is due to extensive re-use of various interior areas. By the time I was wrapping up the story and hunting collectibles, I knew the layout of most “new” areas I was going into simply because I’d already been to a place exactly like it, numerous times. 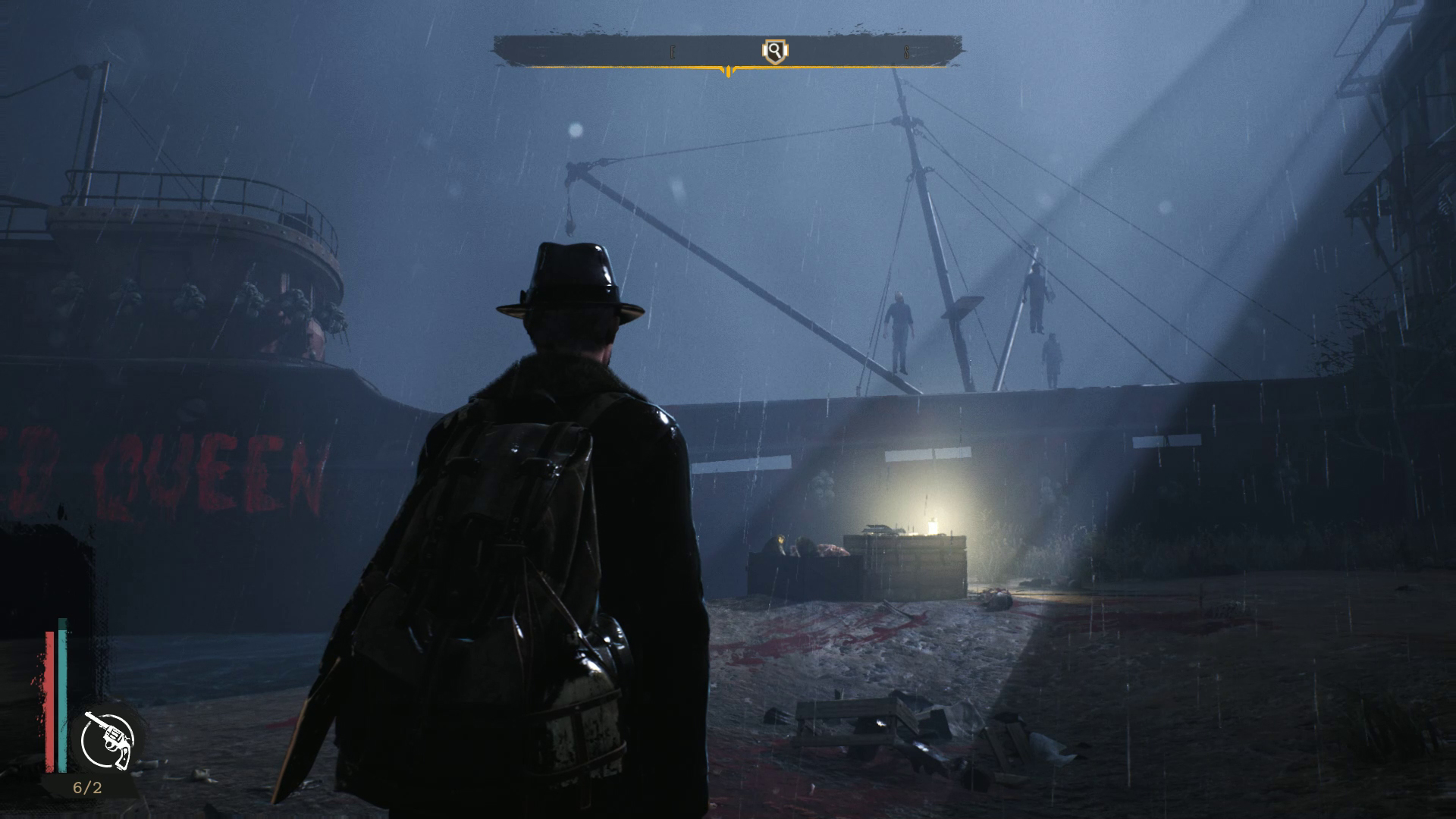 Some of the exterior areas around the city also share the same issues. In one instance, I was looking for a specific factory and all I could find were numerous “Suits and Topcoat” stores scattered around the same district, sometimes even multiple on the same street. Stuff like this is pretty minor, admittedly, but it was certainly noticeable. Combine that with the fact there isn’t a whole lot to do within the open world outside of collectible hunting or stumbling on the odd side case and you’ll find yourself with very little reason to not be fast traveling constantly. Especially with most investigations having you go all over the city from one end to the other.

The low point of The Sinking City, though, is pretty much any time you’re in combat, which is fairly often due to plenty of “infested” areas around the city filled with creatures known as “wild beasts.” As for the combat itself: the animations are stiff, the AI is dumb, and the gun sound effects are laughably weak. Early on you’ll be better off fleeing from enemies, as when they do manage to hit you, they can take a huge chunk of your health (at least on the normal difficulty). You’ll also need to constantly keep an eye on your sanity bar, as staying in combat too long or seeing too much awfulness up close will cause it to drain in a matter of seconds. If completely drained…you’ll die by self-infliction. 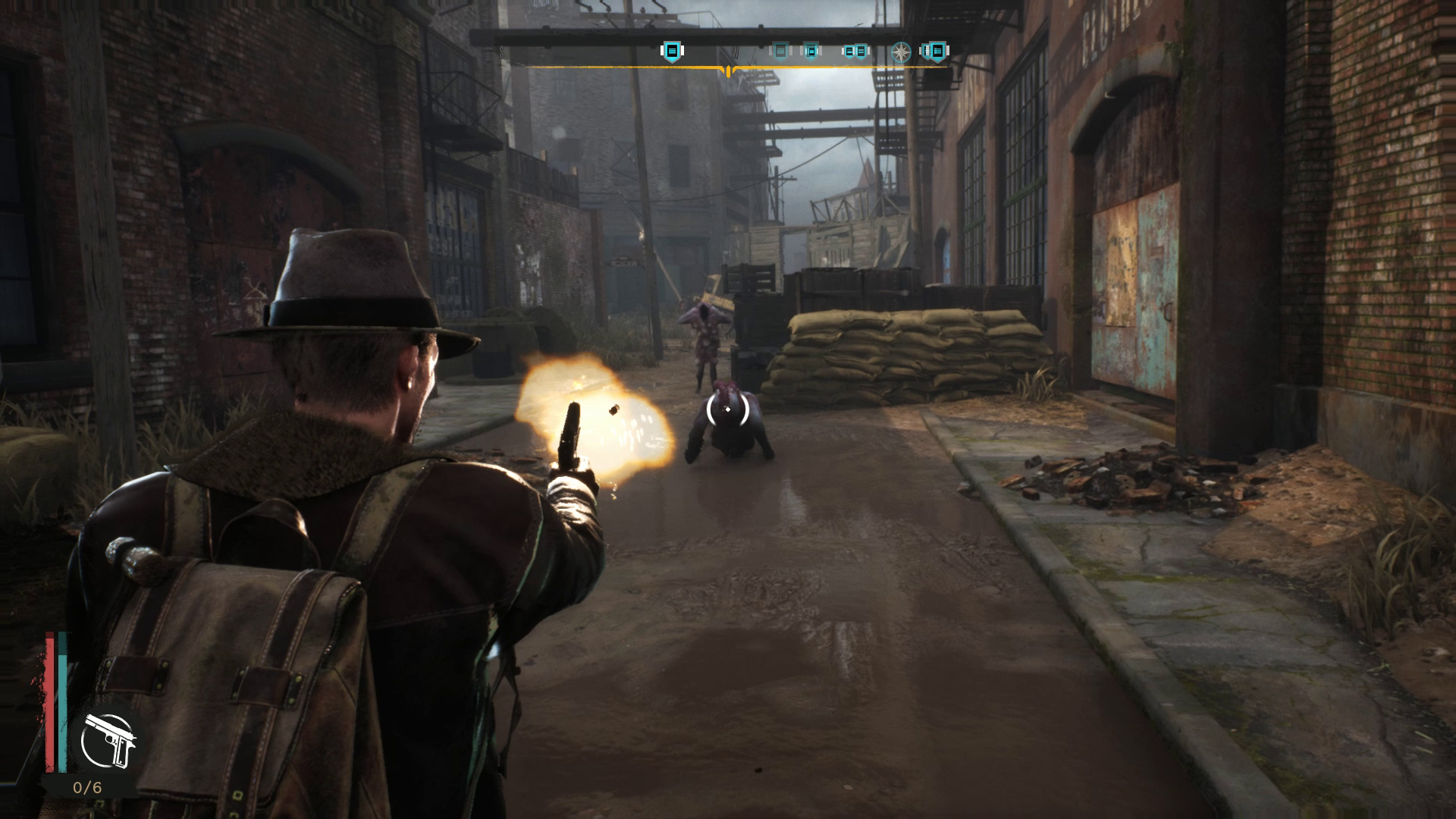 Thankfully, resources are plentiful around the city and you’ll be able to craft a plethora of items within your inventory such as ammo, traps, throwables, health kits, and drugs to keep your sanity in check. I know some people are going to scoff at the sound of crafting, but it’s nothing too bad outside of a few clicks in an inventory menu. On the plus side, a lot of this can be tailored within the customizable difficulty options. Want to make the crappy combat as painless as possible (both literally and figuratively)? You can lower the difficulty specifically in regards to combat without affecting the difficulty of the detective gameplay.

Overall, as much as I adore the story and atmosphere of The Sinking City, it definitely feels like a budget title at times. If you can get past the weak combat, harmless jank, and enjoy a solid detective experience that won’t hold your hand and throw tough choices your way, you shouldn’t pass up on it. Even more so if you’re a fan of Lovecraft. Because as the Old Ones were, the Old Ones are, and the Old Ones shall be and that’s a good enough reason for me!