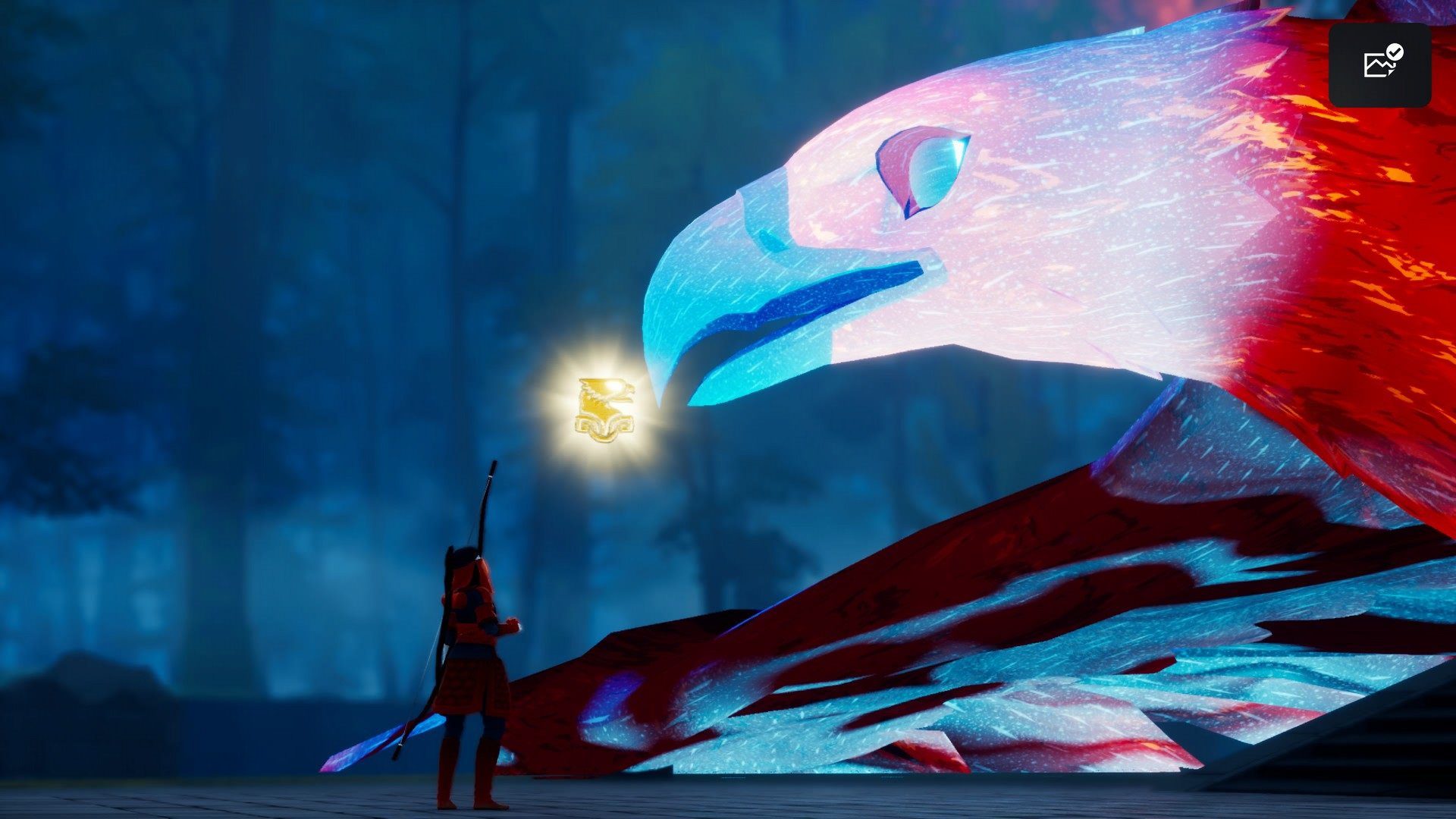 When Abzu came out in 2016, I blew through it in a day. While it had its limitations in terms of storytelling, I mean that more as a compliment, as studio Giant Squid clearly had a knack for creating beautiful worlds worth exploring.

Four years later, and The Pathless feels like an extension of all of that groundwork.

I had zero idea of what to expect from The Pathless, but that feeling of unease passed rather quickly.

It starts up swiftly, just how Giant Squad likes it. The Pathless, foundationally, is an artistic puzzle platformer that joins the ranks of Ico and RiME. Although the mood is whimsical, this is not a strictly “up to your interpretation” tale. It has a clear narrative (an evil Ganon-like force wishes to unleash darkness upon the world), which it benefits from. Although I’m fine with the “you create your own conclusions” strategy, I’m thankful every studio doesn’t try and pull a Christopher Nolan in every game: because not everyone can pull it off (not even Nolan, sometimes).

Where Pathless differs from its ilk is the concept of constant locomotion. There’s a dash button, but it’s governed by an energy meter of sorts. I know! The warning flags are flying high already, but keep reading. To keep dashing, you can pull back your bow and shoot at plentiful targets out in the sandboxy world, which constantly chain and grant you more meter.

If you’re dashing, you’ll get a quick boost. If you’re already jumping, you’ll do this cool little ninja flip. The sensation is a lot like a vehicle-based game: it’s that smooth. It not only looks amazing in practice, but it’s fun to keep running and jumping, since the visual design of your hero sliding on the ground is sensational. The wide camera is a nice touch.

Very early on in the game, you’ll pick up an eagle that has an accompanying petting mechanic. Thankfully, it’s not just a marketing meme, as preening your companion heals it, giving the concept actual purpose. Your eagle can also be commanded to grab objects, which you’ll use in tandem with your archery powers to solve the game’s puzzles. Oh, and you also have detective spirit vision, which highlights important areas of interest and triggers puzzle nuances like mystic walls you can walk through.

You’ll do this for around five hours, with breaks for boss fights, then you’re done. Those bosses, mind, are the absolute highlight of The Pathless. While it would be a cardinal sin to spoil bosses in a puzzle platformer, the confrontations are not only intense, but also a showcase for all of the lovely animations and movement mechanic love and care I talked about earlier. One thing to note, though, is that the actual world and the puzzles within them can feel overly simplistic. While The Pathless looks great, in some sections I felt like I was going through the motions; and on occasion, like I was playing an extended tutorial. I powered through these moments.

I was able to play through The Pathless on PS5, which I highly recommend doing if you have the option. Loads are very quick (a few seconds), and Giant Squid offers either a “performance” (stable framerate) or visual mode. The DualSense also adds to the allure of the game with its enhanced rumble effect, which gives you a slight jiggle before and after firing. It makes the whole archery theme that much more impactful.

You’ve probably played a game like The Pathless before, but you haven’t played The Pathless. If you’re into these types of games (you know who you are), this is another one you can add to the pile. I say “pile” endearingly, as it’s short enough to justify playing right away without becoming backlog fodder.