The Outer Worlds is a kooky sci-fi world I want to explore more of, and while I think (and hope) an eventual sequel could be a home-run, for now, Obsidian Entertainment is expanding Halcyon with DLC.

The first of the two story expansions is Peril on Gorgon, an intriguing corporate mystery set on a semi-abandoned asteroid that begins with an unexpected delivery. Because this is The Outer Worlds, you don’t just get a simple invite to Gorgon – you’re sent a detective’s severed arm with a recording.

I didn’t expect to have this easy of a time slipping back into this feel-bad universe. 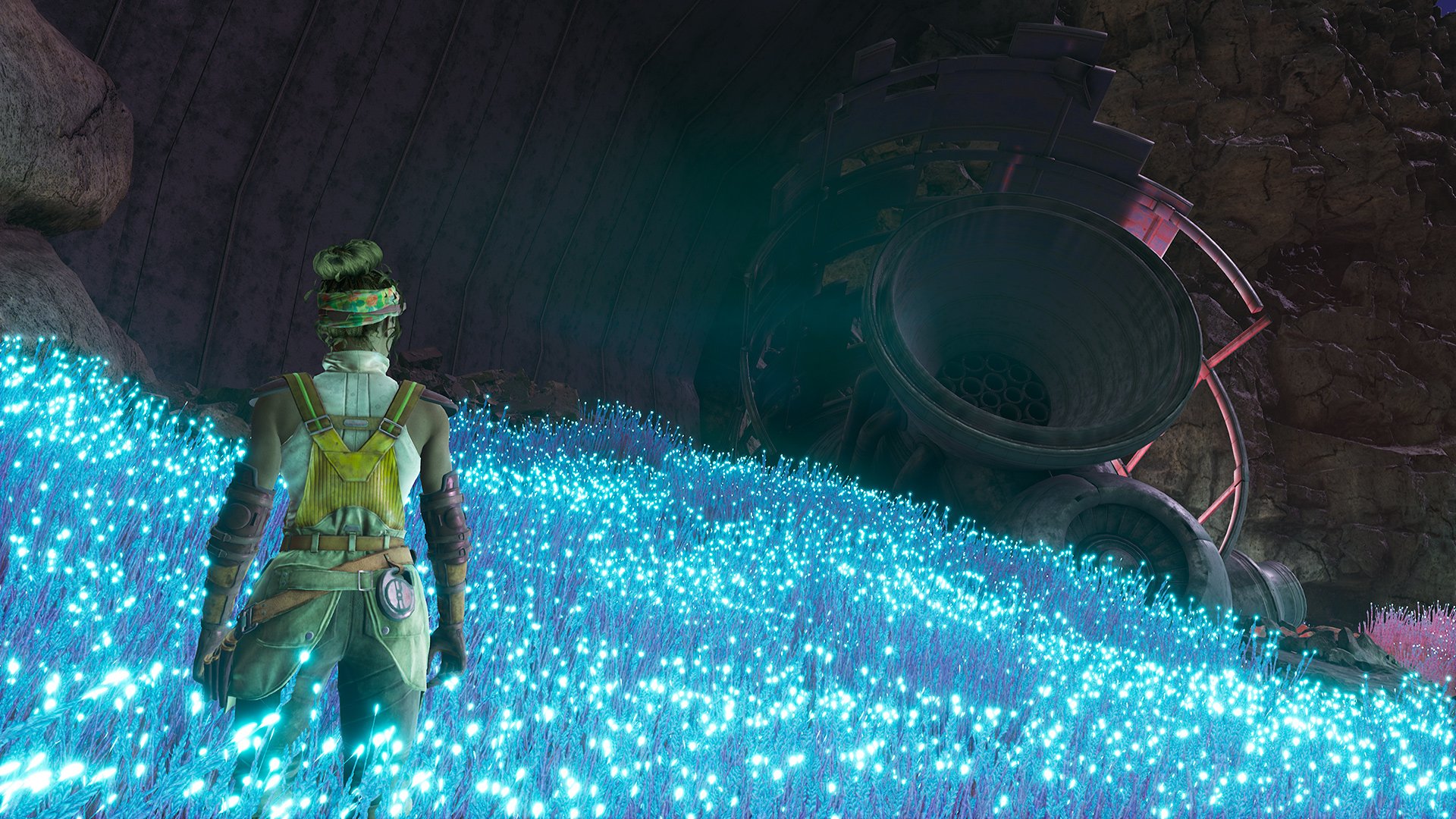 If you don’t have an endgame save file ready to go or you’re otherwise looking to jump into Peril on Gorgon with a fresh character (never a bad idea in a multiple-choice Obsidian adventure), you’ll need to finish Radio Free Monarch, one of the first several main quests in the base game, to access the DLC.

Like the main storyline, the characters, dialogue, and vibrant alien landscapes are the high points. Combat isn’t necessarily a strong suit – I didn’t feel a ton of pushback until near the end of Peril on Gorgon – but that’s kind of okay. Chatting up every person in sight continues to be my main draw.

Moments after touching down on Gorgon, a blaring evacuation message droned on endlessly, and after talking with a nearby trader who had long since learned to accept the racket, I made it my mission to find a way to shut it down. I don’t know the guy, and I don’t care about him in the grand scheme, but I couldn’t let him be. Obsidian has a way of drawing out empathy – and getting me to scour every square inch of every last room for random junk. This forsaken asteroid is surprisingly lush and marauder-filled.

That’s not to say goofing off takes precedence over the critical path – Peril on Gorgon‘s five-hour-ish quest is one of The Outer Worlds‘ better setups. I was excited to see what it was building up to and how my final who-gets-screwed choice might shake out. You’re going to want to keep a backup save.

Without spoiling the major players, this DLC is part family drama, part corporate villainy. You’ve got to crack the case of what really happened at a “deserted” science outpost, and your employer has personal ties to the disaster. Better yet, you’ll get insight into the existing lore of The Outer Worlds. While some add-ons are fun for an afternoon but ultimately lack real impact, this one connects some big dots.

The quest did a good job of making me care about the stakes on a micro and macro level, and it had the unenviable task of slotting into the base game’s story that many players finished almost a year ago.

I think Obsidian pulled off that tricky feat. Peril on Gorgon is the kind of expansion that seamlessly blends into the core game, to the point where first-time players might not even realize it wasn’t originally a part of The Outer Worlds when there’s an inevitable all-in-one bundle down the road.

Apart from exploring interior locations on the asteroid like a fun dive bar with colorful personalities, an unsettlingly quiet mansion, and a deranged testing facility, you’ll also make pit-stops to visit new areas in your old stomping grounds on The Groundbreaker and Byzantium. They help punch up the pacing.

If you’re under-leveled and get too held up by run-of-the-mill foes, a few of the story diversions might drag a bit. I steamrolled most of the marauders and mutant primals with Nyoka, and that kept things moving nicely. There are a few new Science weapons to try out as you climb up to the raised level cap. 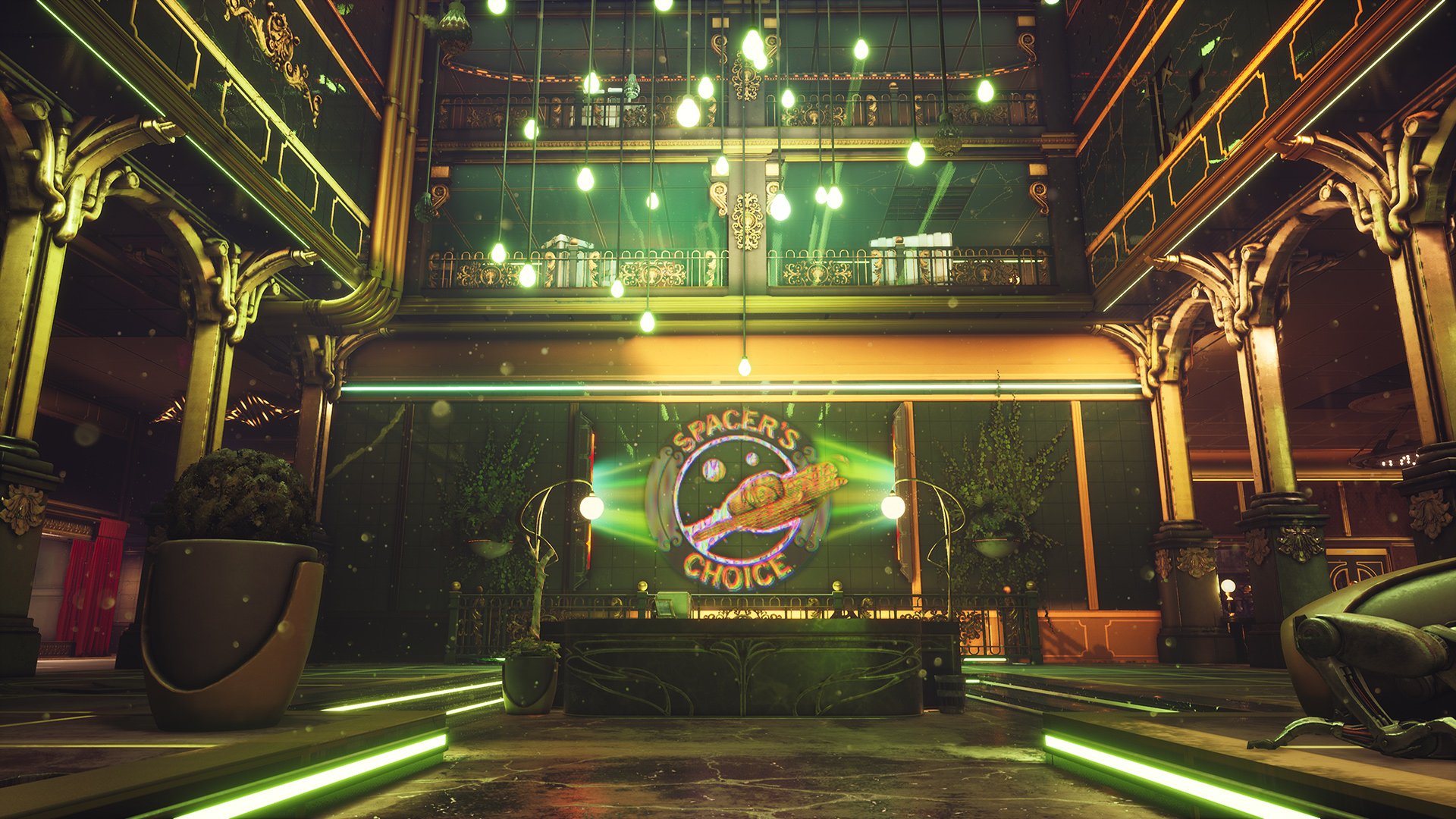 Outside of seeing “the other ending choice,” I’m not compelled to revisit the entire Peril on Gorgon saga again anytime soon, but once (not unlike The Outer Worlds in general) was entertaining enough.

Peril on Gorgon is a meaningful and natural extension of the base game. It avoids feeling tacked on, which was my main concern coming in, and it’s more of the good stuff, not filler. Don’t skip it!

That said, without knowing exactly when or where the second half of the Season Pass will slot in, I’d potentially wait to knock both DLC stories out at the same time (and save a bit of money) if you can.