Orson Welles’ final film, The Other Side of the Wind, was shot from 1970-1976, but it wasn’t fully assembled until this year. The film released by Netflix today is an imperfect salvage job. Welles only finished editing about 40-50 minutes of the movie himself at the time of his death. Editor Bob Murawski was tasked with finishing the movie from the 100 hours of raw footage (with some scenes still unshot), using Welles’ notes as a guide. Michel Legrand, the French jazz composer who did the score for 1974’s F for Fake (the final movie Welles completed himself) created music for The Other Side of the Wind by approximating what he thinks Orson Welles would have wanted. Filmmaker Peter Bogdonavich offers a voiceover at the beginning, which Welles would have done himself.

So many talented people worked on completing The Other Side of the Wind, but they did so with the most important figure missing. And you can feel it.

The Other Side of the Wind reminds me of posthumous novels assembled from half-finished drafts and stray notes to an editor, or a full album built around a handful of a dead person’s demos. The finished work calls attention to the talents of the missing person, the same way you can tell when ingredients are missing from your favorite dish. To put it another way, the movie made me notice the absence of the wind because I sat uncomfortably through two hours of stodgy, stuffy, weightless air.

The Other Side of the Wind
Director: Orson Welles
Rating: R
Release Date: November 2, 2018

The Other Side of the Wind feels like the self-indulgent temper tantrum of an artist recognizing how his career has dwindled over the decades. It’s a work of impish resentment, a nasty open wound of a movie that’s perhaps more notable as an artifact than a work of art.

The bulk of the film is a fake-documentary about the director Jake Hannaford (John Huston) during his 70th birthday party. Bogdonavich (Welles’ real-life friend and protege) plays Hannaford’s protege, and he spends most of the movie appeasing his drunken mentor. There’s also a film-within-the-film called The Other Side of the Wind, which we see portions of between the fake documentary footage. The wordless film-within-the-film mostly consists of Welles’ real-life partner Oja Kodar in Native American brown face pursued by a guy who looks like Jim Morrison. She is usually in various states of undress if not outright naked because art movie. The man pines and pursues Kodar in a series of nonsensical yet striking images that are a stark contrast to the ramshackle cinematography of the party.

The Other Side of the Wind is meant to be an attack on the Hollywood establishment that’s held Welles down over the years, but it fizzles into glum self-pity. Hannaford is a bleary, resentful oaf, and his fate isn’t compelling since he isn’t compelling as a character. Maybe in the 1970s another gruff Hemingway-esque artist would have seemed ripe for consideration. But really, I am less interested in Hannaford the character than I am in the reality of Huston playing an obvious Welles analog, and ditto what Welles sees of himself in Hannaford and in Huston. That is essential to every cineaste’s interest in this film, but seemingly incidental to the fussing about on the screen. I also could not care less about Bogdonavich’s character saying “Look at me and love me, senpai,” every time he’s on screen; his character looks for praise from Hannaford, and real-life Bogdonavich looks for kudos from Welles behind the camera. 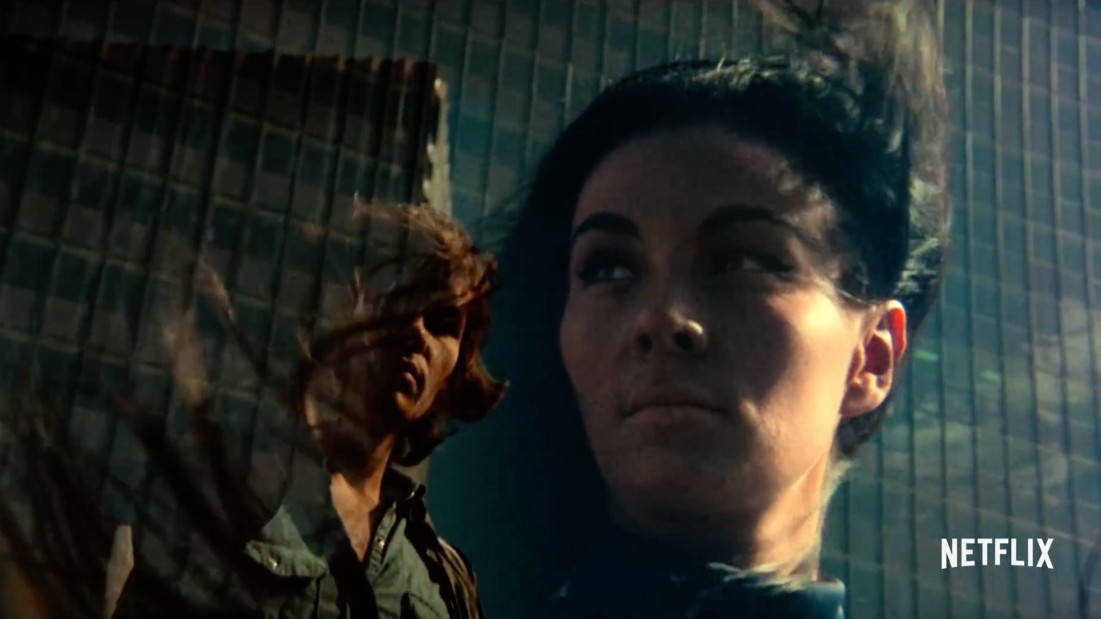 As for the movie-within-the-movie, Welles mocks the European art films of the late ‘60s and early ‘70s, particularly Michelangelo Antonioni’s Zabriskie Point, but to what end? He feels that they’re more style than substance? Great—tell me something new, or maybe imbue that haughty air with something substantive rather than sneering. And yet I still found the film-within-the-film more interesting than the haphazardly constructed party sequences. In the party, the audio quality varies so wildly from shot to shot I couldn’t catch most of the dialogue. The entire production was improvisational, and if you’ve done improv before, even just in high school, you know that a scene can sometimes go nowhere, providing no laughs, insight, or interest. That’s what the dullest moments of The Other Side of the Wind are like.

The documentary footage in Wind feels so staccato, with cuts coming quickly, arbitrarily, and suddenly. I wonder how much of the party Welles cut himself and how much was Murawski trying to approximate a cinematic vision from words or partial scenes. It’s disorienting, and it makes the framing documentary feel just as artificial as the film-within-the-film. Watching F for Fake again, the cuts come sometimes rapidly and unexpectedly, but Welles has the timing of a sleight-of-hand magician, insinuating images and ideas in one place while palming his thesis to show off later. That delightful mastery of moving time and space just seems absent through most of the party.

At least the film-within-the-film is shot with great care, and some of the sequences (which Welles edited himself) are rather striking, and have that sleight-of-hand artistry. A skeevy wander through a hippie bathroom is incredibly pulled off, and ditto a sex scene in a car. But then we go back to the party. Have you ever been to a party that was so boring and self-absorbed (the mockumentary portion of The Other Side of the Wind) you just wanted to go into another room to watch a movie instead, even a crummy/pervy one (the movie-within-the-movie portion of The Other Side of the Wind)? 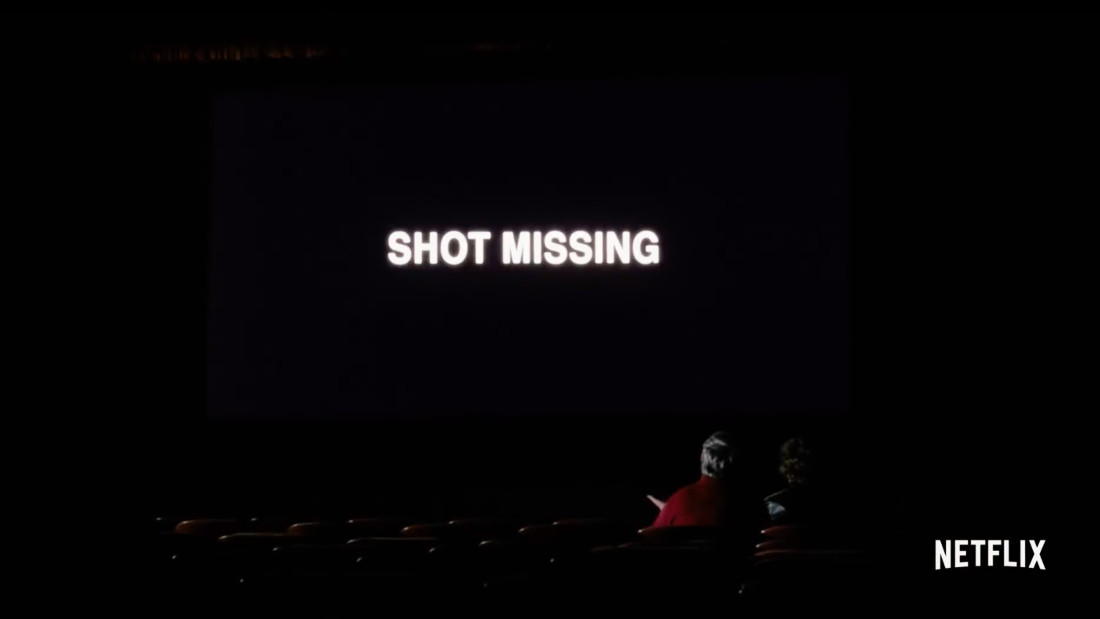 When making art, a work-in-progress is constantly changing and the process necessarily adapts to address those changes; it is one of those moments when the art itself feels like a living thing. Perhaps the greatest difficulty of completing The Other Side of the Wind was making a living thing from incomplete footage and the notes of a dead man. I wonder how different the movie would be if Welles completed it himself. Maybe the movie would have been rearranged in the editing process. The Welles voiceover at the beginning might carry through the movie like F for Fake. The people who worked on The Other Side of the Wind tried to guess what Welles would have done, but the point of Welles’ genius is that only he could have done it. And who can really speak with the dead and intuit their thoughts? It would be the same as reading the intent of a breeze.

Writing about Morgan Neville’s They’ll Love Me When I’m Dead (The 300 Week 39), I wondered if the documentary about the making of The Other Side of the Wind was meant to be a supplement to Welles’ film. I think both should be seen together since they feel incomplete without one another. The Other Side of the Wind is all about the chip on Orson Welles’ shoulder, They’ll Love Me When I’m Dead demonstrates how big that chip was, and my mixed-negative feelings about the completed film make me recognize the scope of his absence in his own film. They’ll Love When I’m Dead also gets at the uncomfortable nature of Welles’ relationship with Bogdonavich and others in his circle, casting a sad ego-trip veneer to The Other Side of the Wind. A frustrated artist throws an analog of himself a party so he can boss his friends around. He also makes a film within a film to show others he really can make the movies that were en vogue at the time, that he’s still got it like these younger filmmakers.

As the movie goes along, the audience sees some title cards on screen about missing scenes and missing shots. This refers to the real-life footage that was never shot from 1970-1976. Welles died in 1985. The cards mirror a moment earlier in the film when the producers are watching the movie-within-the-movie wondering what Hannaford is up to. Watching the text appear on screen just kept me thinking what Welles would have made had he completed the movie himself. He may have left notes, but as the movie says about Hannaford, “He’s just making it up as he goes along.” Notes can’t guide you in that process, or help you figure out where to steer a scene or a story when it’s off the rails. In the ultimate sleight of hand, Welles has insinuated his brilliance (and the lack of it) into the film even though he has disappeared.

Filed under... #Film or TV#Flixist#Netflix