The Order: 1886 opens up in a fairly gritty fashion — a first-person sequence involving a near drowning, by way of water torture. It begins with a bang, thrusting you into this unknown, and frankly frightening world where half-breed creatures live among humans.

It’s cinematic and gripping, and draws you into the world that Ready at Dawn and Sony have crafted together. But it doesn’t really push the envelope from there, as the cinematic angle is prevalent in nearly every facet of the experience, often hindering gameplay. 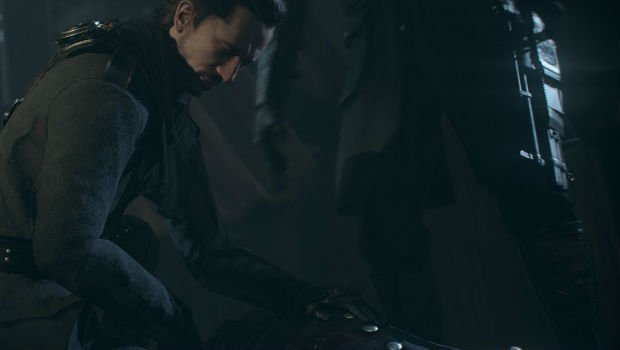 The Order reeks of style and sucks you in immediately. With a grand backstory involving an alternate history set to a backdrop of an ancient order’s lengthy war with stronger half-breed humans, you can tell a lot of thought when into the concept. The writers went the extra mile to tie in familiar territory like the Arthurian legend, and there are a lot of cool nods like the feud between Tesla and Edison. But despite the source material, The Order feels like its own creation and not a summation of existing ideas.

It also has the visual panache to back this up in-game. The lighting and environments are fantastically detailed, and the finely crafted character models make this feel like a true current-generation prospect. Picking up newspapers and reading them in-game doesn’t just present bland text on the screen — you actually get to read the paper itself.

Items in the world can often be inspected by rotating them around and turning them over, further showing off the sheer amount of detail within. It feels organic like the built-in user interface in Dead Space. It’s sharp and well done throughout, and the first time I was able to see the township from high-up was legitimately a “wow” moment.

As a third-person shooter The Order can safely be compared to Gears of War, with a simplistic snap cover system, over-the-shoulder aiming, a chapter-based story, and a basic melee attack that can be used when up close. 1886 delivers the latter with more flair than most titles, with cool contextual attacks like slamming an enemy head into a wall or sliding them across a table.

You’ll have access to grenades, and a two-gun setup (sidearm and main weapon), with your usual sniper, shotgun, and rifle fare. There are a few mixed-in fictional pieces of weaponry as well, like the Tesla raygun and a weapon that shoots a gassy material into the sky by way of alt fire, allowing you ignite it with your primary shot. That’s about it, though. Beyond the literal smoke and mirrors it’s a very standard shooter. Well built, but standard.

There’s also a good amount of quick-time events, which don’t bother me personally — bring them on, I say, as long as there’s gameplay to match. Where The Order ceases to be great isn’t the excessive time spent on QTEs, it’s the self-indulgent camera angles and need to focus so much on turning the game into a walking simulator. 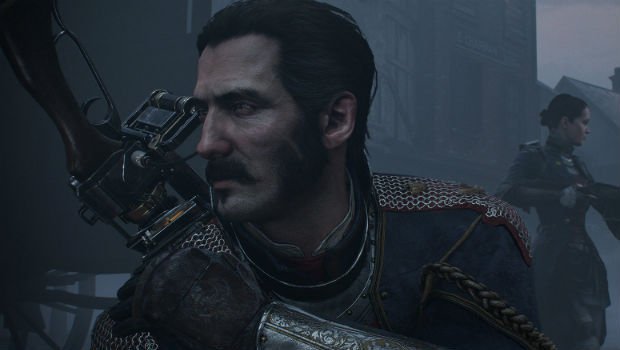 1886 does have a good amount of extra paths and collectibles to explore, but man is it linear. There’s tons of unskippable cutscenes, and even when you’re playing, it can still technically be considered a living cutscene at times — you just have the ability to walk slightly forward without taking any other action. Maybe the developers at Ready at Dawn felt this was atmospheric, maybe they didn’t have enough development time, but either way it feels like padding. So do the standard videogame lockpick and stealth sequences.

The story doesn’t really have room to grow as a result of said padding because so much time is spent getting from place to place. Although the premise is interesting, the narrative is fairly predictable, and characters don’t have any real chance to make their mark; you’ll likely forget a lot of their names before the credits roll. And leading up to right before they do roll, just like Shadows of Mordor, I was pissed that the final boss had to be a QTE — and a retread fight at that.

As you may have heard, The Order is also short. How short? Well, on normal or hard difficulty it should take the average gamer roughly seven hours to complete it — a little less if you rush through and don’t explore any other hallways, a little more if you check every inch. While the length doesn’t bother me on principle, keep in mind that there’s very little in the way of replay value, and there’s no multiplayer — not even co-op — to speak of. 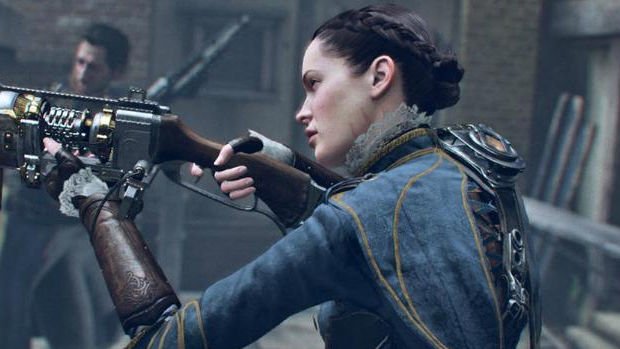 Outside of the sleek presentation and interesting world building, there’s nothing truly special about The Order: 1886. It’s a shame in many ways, because I’d love to see a more tactical style of gameplay in line with Valkyria Chronicles, or a more in-depth game in general using the same engine and lore. I sincerely hope this isn’t the last we’ve seen of this universe, but for now, it’s only worth visiting once, briefly.