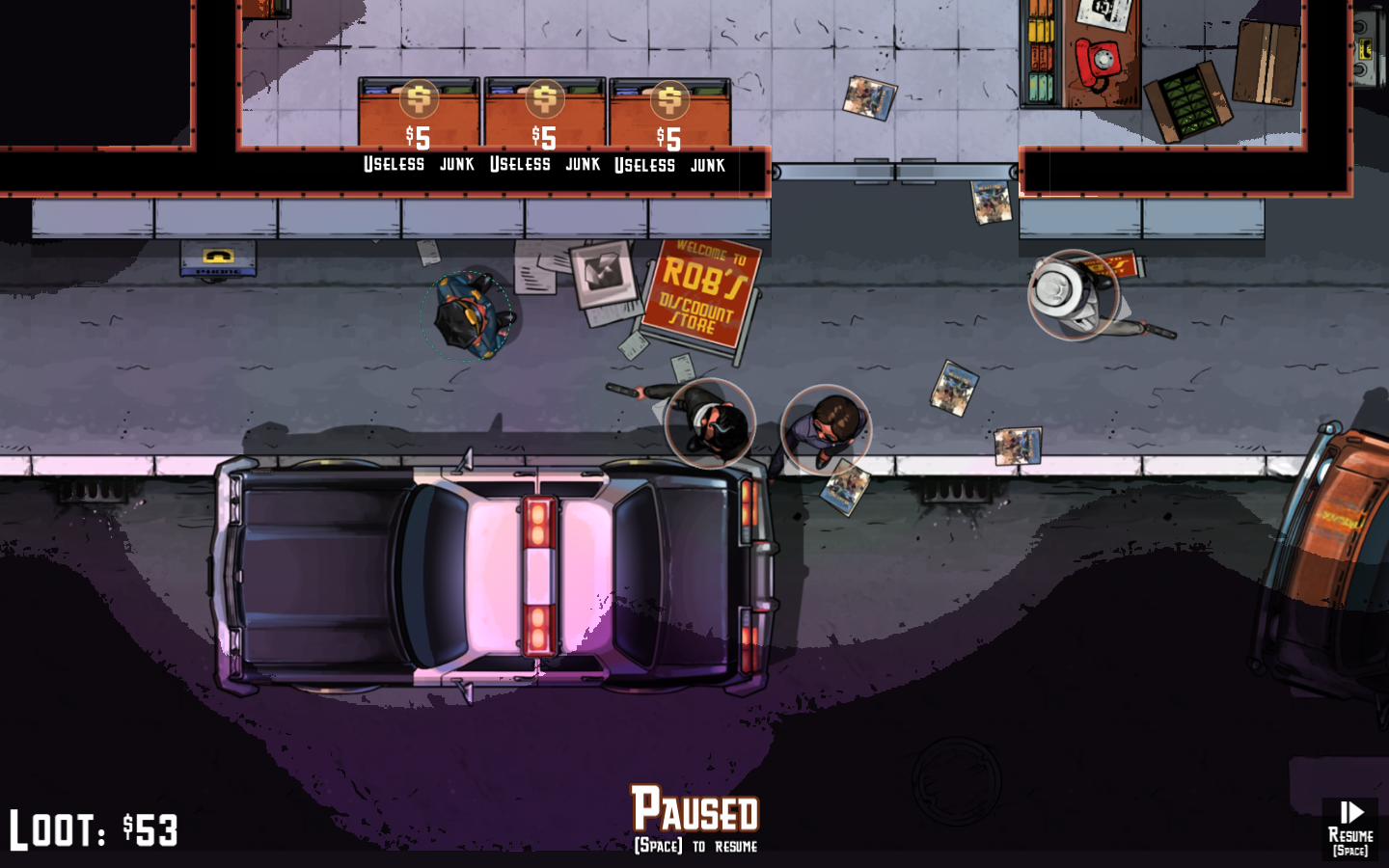 Once upon a time, I played a PC game called Heist. It was truly dreadful, but it did spark my interest in seeing more methodical crime games on the market. Sadly, the wait has been more of a slow drip, with more cancellations and flops than successes, and those that reap the rewards generally rely on the Armani-infused gunplay of Michael Mann’s Heat. It’s been a safe bet, to say the least.

The Masterplan, however, aims to transport us back to grimier times, where excess is too many dreams away and guns are a luxury. It’s going to take a lot of stolen keys and perfect timing if you’re going to make it in this world. And while you’re at it, add your own “Is it a steal or a daylight robbery?” remark here. 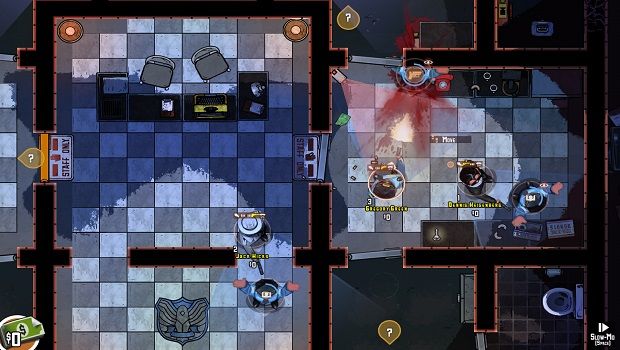 It’s the start of the ’70s and Richard Nixon is cracking down on crime with the War on Drugs, which means bad news for your dealing protagonist. After being busted out of jail, it’s time to stick it to The Man by pulling off a series of heists; each one leading you closer to the ultimate payday at Fort Knox. Actually, there’s not much else to say about The Masterplan’s plot, even if it does serve the funky aesthetics well. No special gadgets, here; just good old fashioned lockpicks, drills, and shooters.

The Masterplan has a charming tongue-in-cheek vibe throughout, with anachronistic references, stumpy characters, and goofy violence. Presented from a top-down perspective, the hand drawn artwork is reminiscent of a board game. Each map stands out with its own detailed identity — from stores to offices to casinos — to the point where you’re interested in seeing the next location or need to remember for a bonus replay. 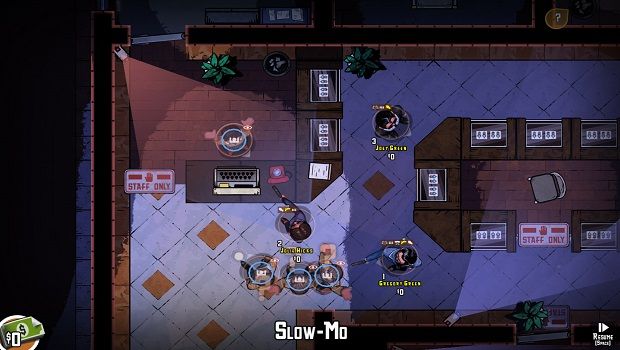 As for the gameplay itself, it’s a real-time, semi-improvisational puzzler. Oddly though, for a game about heists, there’s no pre-planning at all. At a hideout, you hire crew members, buy some weapons, pick a destination, and work it out when you get there. It makes for some frustrating instances of trial-and-error runs. Plus there’s the odd design choice of having to kill a crew member to replace them and not one but two crew caps (six hires, but only four go on the heist).

The Masterplan is really about fluidity and making decisions on the fly. Brute force is fine, but it comes with monetary penalties and alarms, so it’s obviously meant to be played as stealthily as possible; turn off the lights and cameras, and avoid the cones of vision. Though you’re given different objectives, every level boils down to one plan: get the grey key to get the orange key, which in turn will net you the red key and finally the loot. The maps might increase in size and complexity, but it’s always the exact same method for success.

That’s not to say there’s a lack of flexibility. This is a game where you play it room-by-room, adapting to every mistake and accidental paths. As long as those major goals are completed, the next heists are unlocked. It also helps to have a choice, as being stuck on one doesn’t mean a grinding halt in progression. Each heist usually contains a useful tool for another location, like a disguise or a drill, and none of it ever feels overpowered. There’s a real feeling of relief when a plan goes awry at the last second and a previously opened shortcut becomes essential for your escape. It’s the little pressures that make it fun. 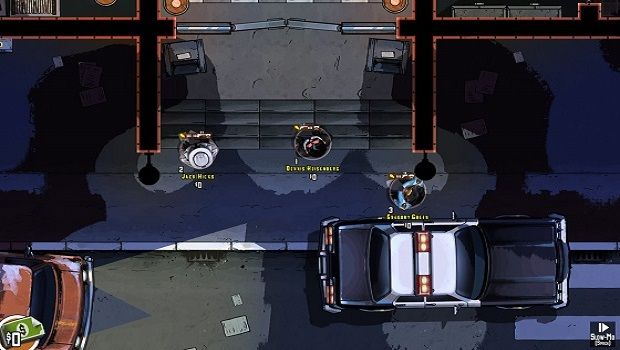 The Masterplan rides a fine line between fiendish and finicky. The minimal UI, which encircles your character with a simple right-click, usually overlaps objects and characters in close proximity. When you’re on your own, it works great. When you’re moving two people together or need to multi-task, it becomes a real hassle; especially in a timed situation. Everyone walks around like they’re on ice, which makes for some troublesome encounters when you need make quick turns, fast draws, or lock swinging doors.

There’s a slo-mo function meant for synchronised tactics, but it’s obviously the developers’ way of combating the negatives above. You see, there’s never much reason to have a crew working in tandem. Most heists have you donning a disguise and pulling off silent one-man robberies, as the rest of your crew idle about, acting as pack mules or lookouts.

For the most part, The Masterplan feels incredibly slight. In the last third, where tactics shift from bull rushes to planning longer routes, the need for tactical complexity becomes too apparent. Though not exactly fast-paced, it works best when decisions are made on-the-fly and risks are taken for monetary distractions. Overall, The Masterplan is not a bad game, just one that misses some tricks because of scaled back designs.