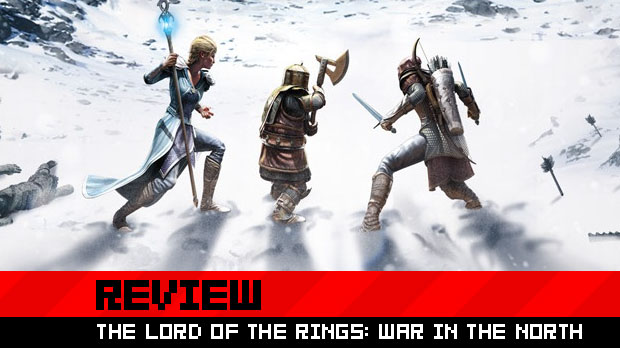 In a month packed full of huge videogames releases, it’s borderline suicidal for any new game to consider joining the pack. Warner Brothers, however, has the Lord of the Rings license under its belt with the desire to flaunt it.

The Lord of the Rings: War in the North tells a tale that runs parallel to the events of J.R.R. Tolkien’s legendary trilogy and subsequent Hollywood interpretation. With some M-rated violence and online co-op, it’s coming out strong in one of the biggest market fights this industry has ever seen.

If it gains any measure of success, it’ll likely be due to name value alone, because the gameplay just can’t compete at all. 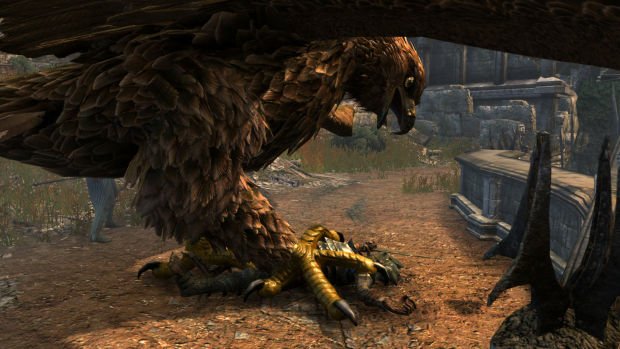 War in the North contrives a new “fellowship” of original characters and sets them against one of Sauron’s previously unknown henchmen, a powerful sorcerer known as Agandaur. Set during the events of the Lord of the Rings trilogy, three heroes march forth to distract Agandaur and foil his northern campaign while the rest of the free folk deal with Sauron’s machinations.

As a side story, War in the North is far less epic in scale compared to the established work, and the lifeless writing doesn’t help matters. While familiar faces such as Aragorn and Gandalf show up, the story feels less like a true enhancement of Tolkien’s universe and more like a shallow, paint-by-numbers presentation of the Northern territories. Its three main characters all share the same personality, and by that I mean none have have any personality, solely defined by the fact that they must fight some Orcs in the snow. They have no real feelings on that and no stated goals outside of the mission at hand. NPCs aren’t any different, while the main villain could be literally any other bad guy from any other second-rate fantasy story.

The gameplay isn’t much different, doing the bare minimum to be considered decent. Liberally pinching role-playing elements from Dragon Age and tossing in some basic hack n’ slash combat, War in the North is a serviceable action RPG that relies heavily on its co-op to be enjoyable. Due to the swarming nature of enemies and the incredibly brutal damage they can dish out, I would strongly advise against solo play. The game is horrible when played alone, especially with its terrible ally A.I. that will see friendly characters’ refusing to dodge or defend themselves in any way. To its credit, the ally A.I. is at least really good about ensuring downed players are revived, but that’s all it’s good for. 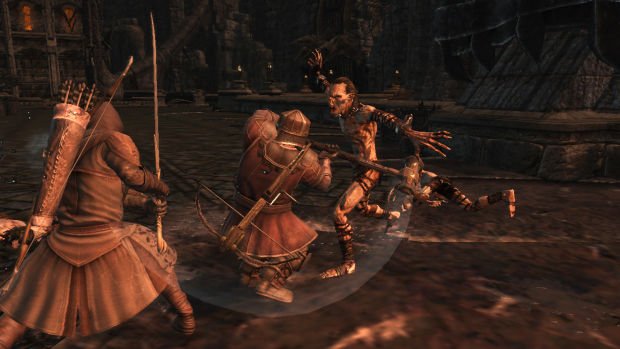 It seems the game is designed entirely around the idea of lazily enforcing co-op by making players die a lot. Thanks to the huge amount of enemies and their ability to drain a life bar in seconds, characters will hit the ground a lot. When downed, players can crawl on the floor for a brief period before bleeding out, so another player will need to hold a button to revive them. This is the only real co-op interaction outside of trading equipment, and the game works extra hard to make sure it’s done all the time. It also doesn’t help that enemies will constantly harass any player trying to revive another, thus it’s not uncommon for a reviving character to need its own revival almost immediately thereafter.

The combat system consists of rather vapid button mashing, with extra experience earned by pressing the “strong” attack button at various telegraphed points to perform extra attacks or cut off limbs. It’s a decently violent system that has head and arms flying in all directions, but it’s harmed by a terrible targeting system that often has players attacking thin air, as well as incredibly slow animations that affect everything from attacking to recovering from enemy knockdowns.

Nevertheless, the game is a solid little distraction that does nothing truly unique but certainly isn’t offensive. There are three playable heroes — Eradan (a ranger), Farin (a dwarven champion) and Andriel (an elven loremaster) — and each one fulfills the stereotypical character classes of ranged scout, melee warrior, and mage respectively. Certain weapons can only be used by certain characters, and each one has its own tree of skills to unlock during the course of the adventure. 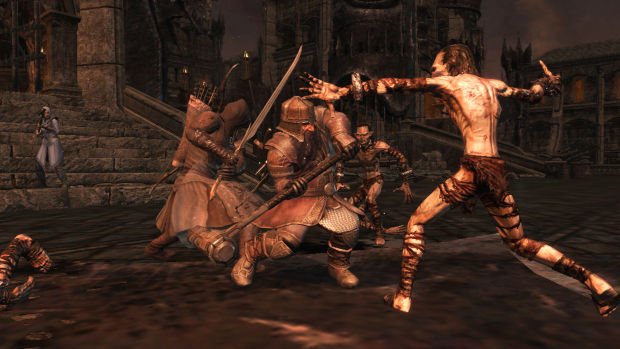 There’s an obligatory leveling system, allowing players to boost stats for health, power, stamina, and strength. Players start off remarkably weak and never get truly competent until they pass the halfway point and gain some decent abilities. Even then, the game’s power recharge rate is agonizingly slow, which makes playing as the mage frustrating. There are potions to instantly replenish health and magic, but they drain way too fast to be considered useful for long. It boggles the mind how a game with such a focus on special skills could make those skills so hard to use. Even with an excessive amount of stat points invested in power, the meter still empties swiftly and takes a long time to refill.

War in the North‘s biggest problem isn’t that it’s particularly bad, it’s just that it does what a ton of other role-playing games already do, just on a far less impressive scale. The Rings flavor doesn’t really add anything to the game, especially with a graphically unimpressive, corridor-based representation of Middle Earth. There’s no joy to be had in exploring Tolkien’s universe in a game this visually unremarkable, populated as it is by dull characters who have never been seen before and will never be seen again.

The fact that it resembles an RPG in only the most aesthetic of ways is fairly disappointing. Despite its leveling system and dialog trees, the game only makes vague and halfhearted attempts at being anything more than a linear trek from point A to B. In games with a strong narrative or exciting pacing, linearity is perfectly fine, but there’s a dishonesty to War in the North that sees it attempting to look more open than it actually is. The dialog trees, for example, don’t influence the outcome of conversations as there’s only ever one “right” reply that advances the conversation. There is a single player choice in the entire game, but it comes during the final boss fight and exists solely to obtain an extra Achievement/Trophy. Even more insulting, the game’s mandatory objectives have been called “quests,” as if to try and trick the player into thinking they had any other choice. There are no “quests” in the game, there’s one mission with straightforward targets. 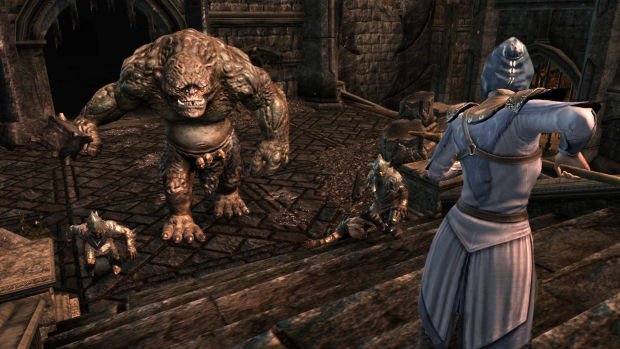 Add to that the terrible voice acting — all the free folk have either gained American accents or poorly faked British ones (because, of course, all British people say “rarth” instead of “wrath”) — and you have a game that could only really appeal to the truly obsessive LotR fan. Even then, those fans may feel a bit let down at the vapid and flavorless interpretation of their favorite fantasy world.

The Lord of the Rings: War in the North is a decent little distraction, but it’s out during a period when “decent” distractions should be low on a gamer’s list of priorities. There’s just no need for this game right now, and while it presents some solid role-playing action, it’s a fairly threadbare experience in a world where far deeper, more engaging RPGs are widely available. For those who can’t live without more Lord of the Rings entertainment, or for anybody who literally has nothing else to do, then War in the North does a fair job at amusement. Most people, however, can safely live without it.