This past Friday night, I had the distinct pleasure of attending The Legend of Zelda 25th Anniversary Symphony at the beautiful Pantages Theater in Hollywood. To say I was looking forward to it is a vast understatement.

I am a giant Zelda fan. Actually, beyond giant. I am such a huge, massive Zelda fan that Link couldn’t pick up my level of Zelda love even if he equipped a pair of Golden Gauntlets!

But despite my love of all things Zelda, how did I like the concert? Did I enjoy hearing a full orchestra play select music from the Zelda games? Did I enjoy seeing montages of some of favorite Zelda moments played on a giant screen behind the orchestra? Did I love the surprise appearances by Zelda director Eiji Aonuma and composer Koji Kondo? 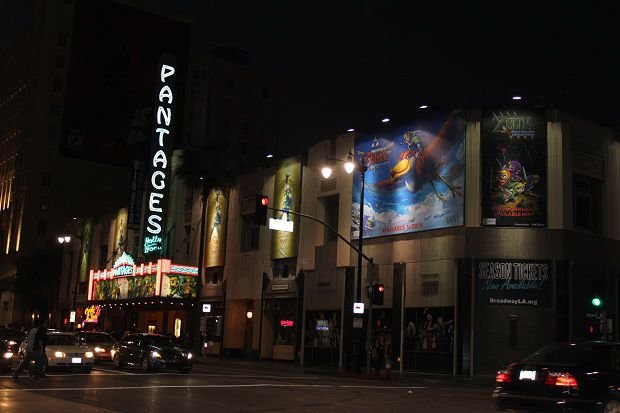 When I walked into the Pantages and saw the gorgeous, historic theater decorated in Triforce banners and Zelda imagery, I kind of lost my mind a little bit. I was having trouble accepting that I was about to sit down and listen to a full orchestra play music from a bunch of different Zelda games.

I couldn’t believe it was happening! As the lights went down and the charming conductor Eímear Noone walked out, I almost couldn’t hold in all of excitement.

Before I had a chance to rip off my shirt, run around the theater with my arms flailing, and shout about how happy I was, the concert thankfully began (whew!). 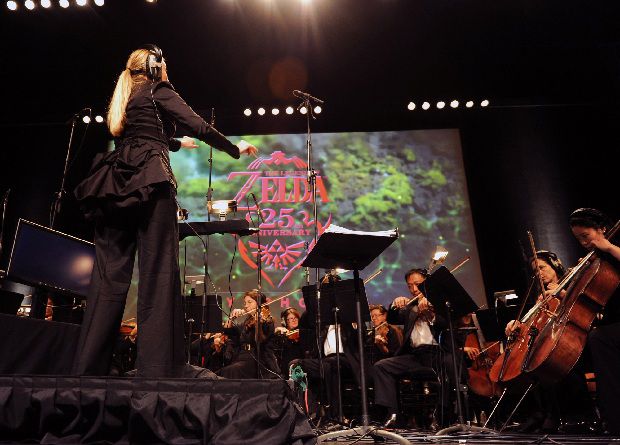 I won’t go into too much detail about exactly what was played, as this concert is going on tour starting next year and will most likely come to a city near you. Hearing everything for the first time and not knowing what to expect was part of the magic. I wouldn’t want to ruin that for you.

I will say this: a lot of music was featured. I think the only Zelda games that weren’t represented in the concert were Zelda II, Link’s Awakening, and The Minish Cap. While all three of those games have great music, I was shocked and quite saddened not to hear “The Ballad of the Wind Fish” or any of the other fine, haunting pieces from Link’s Awakening.

Despite that — as well as a few small video and audio glitches — the performance was near perfect.

For anyone that is a Zelda fan, the 25th Anniversary Symphony is a must-see. Heck, even if you don’t know or like Zelda (blasphemy!), the concert is beautiful and dynamic enough to entertain and mesmerize even the most general music fan. 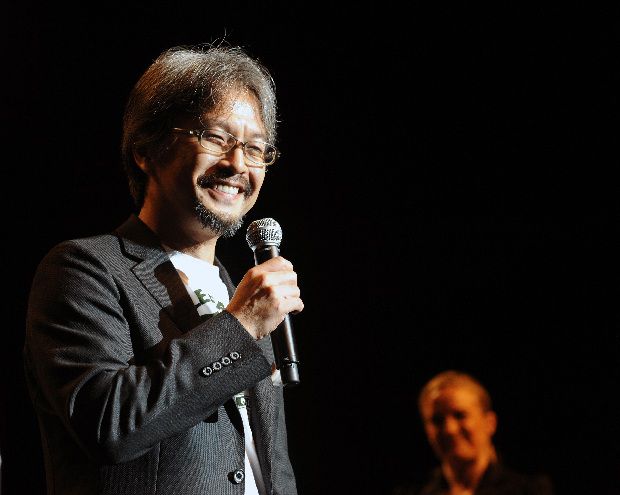 The performance itself was separated into two parts. Each part featured medley after medley of various Zelda music. Themes from A Link to the Past, Ocarina of Time (Bolero of Fire!), Majora’s Mask, Wind Waker, Twilight Princess, and even the original Zelda were performed, and each sounded more beautiful than the one before it.

Some of my highlights include:

And speaking of tears in the eye, I was on the verge of breaking down the entire concert! The combination of music, images, and wonderful memories filled my entire body with emotion. Hearing the music brought me back to so many different moments in my life that it was all very overwhelming. Wonderfully overwhelming, but overwhelming nonetheless.

But I held it in. My eyes were filled with tears, but as I quietly watched the concert, I did my best to not completely lose it in front of a sold-out crowd of fellow Zelda fans.

But then Koji Kondo made a surprise appearance at the very end. 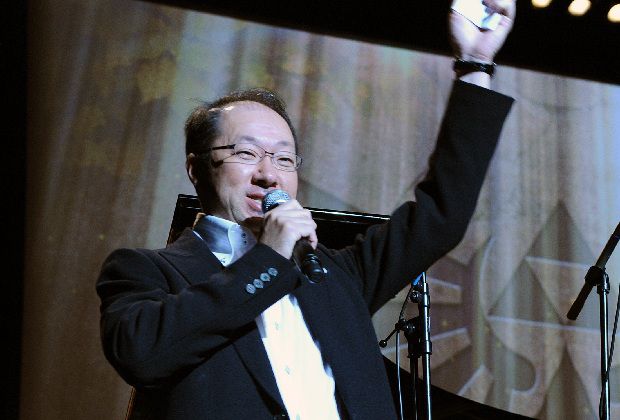 After the last piece was played, the composer of the Zelda games shyly took the stage and sat behind a grand piano. He then began to play a piano solo of “Grandma’s Theme” from The Wind Waker.

All of the emotions bubbling up inside of me the entire concert just came bursting out when Koji Kondo’s fingers hit those ivory keys. It was beautiful and heartbreaking and haunting and stunning and absolutely wonderful.

The show could not have ended on a better note. 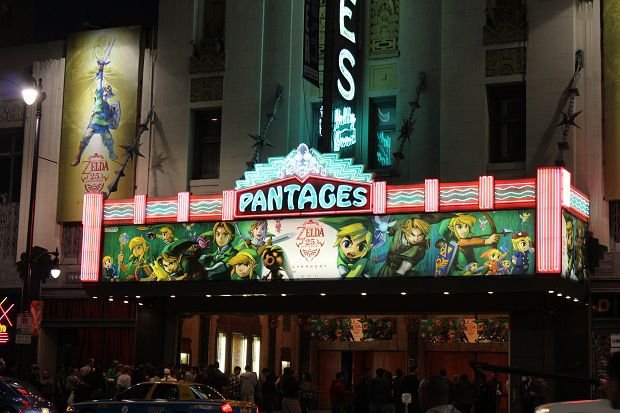 Once the 25th Anniversary Symphony starts going on tour next year, I highly recommend going to see it. Hearing the already gorgeous Zelda music played by a full orchestra is truly a once in a lifetime experience.

It is something I will never forget for the rest of my life.

Filed under... #AMAZING#Concerts#Notable#The Legend of Zelda