Let’s go to the mall!

You don’t have to ask me twice to get back into the world of Naughty Dog’s The Last of Us, given that the game swept pretty much every award you could earn in 2013. I’m happy to accept the invitation into its super freaky post-apocalyptic world, especially when that return comes with a healthy dose of backstory. For me, it’s the storytelling that makes Naughty Dog’s games so enjoyable. 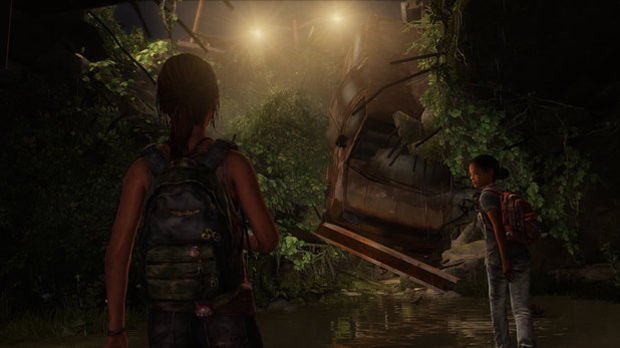 We’ll skirt as much of the story as we can to prevent from spoiling it as Left Behind is pretty much just that — story. That’s not to say that there’s a lack of gameplay, but what really keeps you going in this two- to three-hour journey is the interaction between Ellie and her friend, Riley. The prologue backstory you get on Ellie’s life before she meets Joel is worth the price of entry alone.

All you need to know is that Ellie was once at least somewhat innocent, and that you’ll get to see a lot of that in Left Behind. Following two young girls as they run around playing feels so far away from the main game’s tense string of battles, but this journey adds so much to Ellie’s character that you might prefer it to the other side of the game, which flashes forward to a darker time. Again, we’re intentionally keeping details vague to prevent from spoiling the fun.

And it is a lot of fun. You wouldn’t expect to be laughing out loud at additional content for such a dark and terrifying game, but I lost count of how many times I busted out with laughter. There are cute and genuinely sweet moments Ellie and Riley, which, again, will come as a surprise to those that were taken through the wringer with The Last of Us.

If you liked the exploration bits of The Last of Us, this trip to a huge Boston mall will delight you. Even with the combat-free stretches that the dialogue takes place in, it still feels like you’re out exploring and learning new things about the world. And you really are exploring a new world. Unlike other downloadable story expansions, Left Behind is packed full of new things to see and do. We won’t spoil it, but there are times that you’re literally playing with your friend, goofing off with no goals or checkpoints to reach. This is stuff that will make you smile.

As you’d imagine, playing as Ellie feels quite different than playing as Joel. It’s very easy to walk around a corner and find yourself completely over your head with attackers. Even a one-on-one battle is a struggle, though. Ellie has a blade that works nicely for a face-stab finish, but it’s not nearly enough as a defensive weapon. Outside of having enough ammunition at the ready, Ellie has to keep completely out of the way of the Infected to survive. She’s simply not strong enough to take them on.

Of course, the diversion and sneaking skills learned in The Last of Us are applicable in Left Behind, as is the crafting skill. Gathering resources and keeping out of harm’s way is that much more important here. 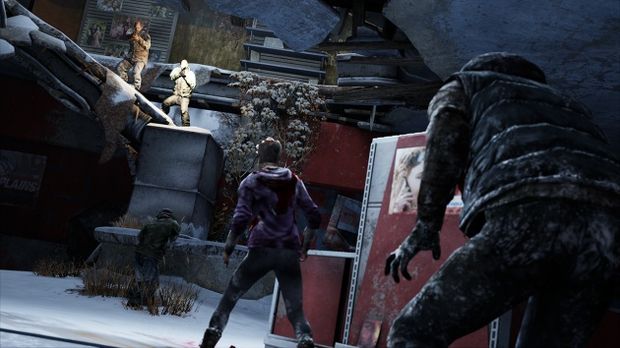 Though there really aren’t that many instances of combat, I found myself overwhelmed in most of them. I became frustrated in instances that just seemed downright unfair, where attackers of every type seemed to surround me. And being wave-based, you do have to kind of clean up the room before being able to continue on. It took a bit for me to realize that staying out of the way really was key, and that these waves of encounters were really more like room-based puzzles. After I got the hang of, say, training Infected onto nearby humans, that frustration went away.

Again, the storytelling is so good here that it’s almost like you have to work through a combat segment to be rewarded with an Ellie/Riley interaction. It’s not that the combat isn’t good or enjoyable, but that the talks between the two girls are just that much more enjoyable. Left Behind plays out like a rollercoaster ride of heavy memories, tense combat, and story bits. It all goes really fast, too. 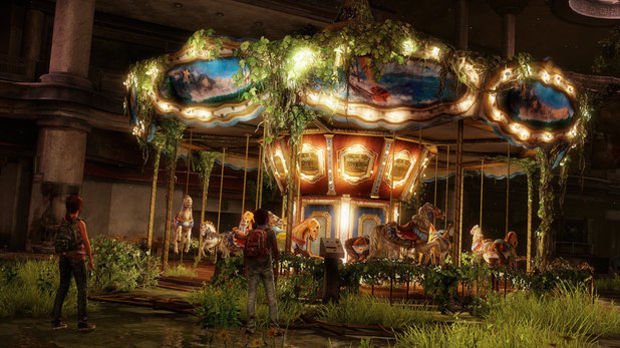 The presentation is top notch, as you’d expect from a Naughty Dog release. Even now, Last Behind‘s visuals are stunning, holding up nicely to a lot of the PS4 and Xbox One releases we’re seeing. Expect some new eye candy to marvel over. The voice performances are a real treat: Ashley Johnson brings potty mouth to a new level as Ellie, and newcomer Yaani King is outstanding as Riley.

The Last of Us: Left Behind is a short but sweet. $15 is a tall ticket for three hours of content, but this content is just as beautifully crafted as the original game was. More importantly, it gives fans of The Last of Us another chance to revisit its world and further explore the life of Ellie. For the first time they’ll see her in her element, with her guard down, letting you connect to her fully.