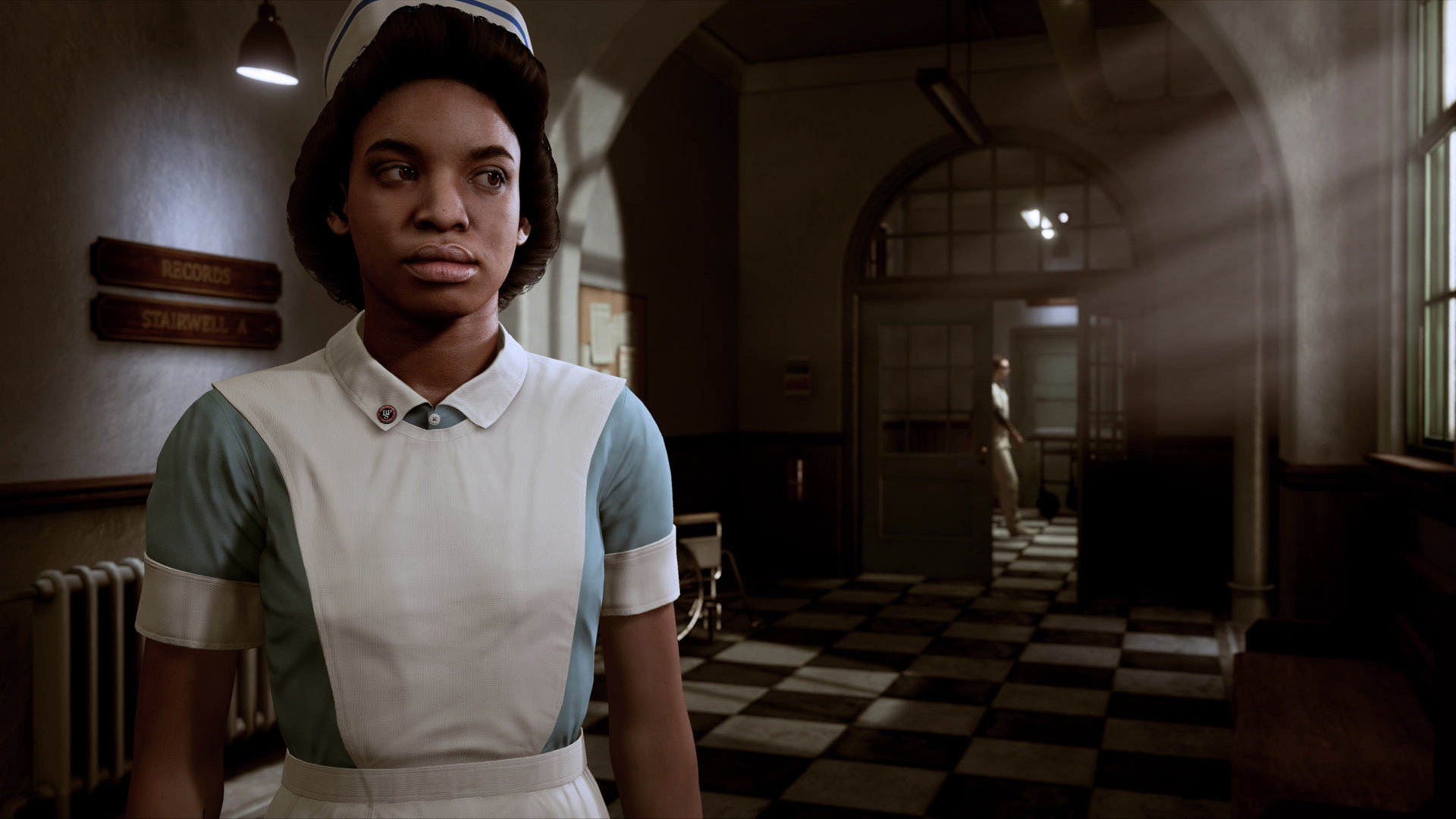 Until Dawn surprised the hell out of me. On the surface, Supermassive Games’ cinematic horror adventure looked like standard slasher-film fare, but it played with genre tropes in such a delightful way and knew how to balance tension, thrills, scares, and humor. It’s a riot, especially with a group.

I’m still holding out hope for a sequel that keeps the choose-your-own-adventure format but swaps in a new setting and characters, but for now, the IP lives on with PlayStation VR spin-off games. Whereas Until Dawn: Rush of Blood went for gun-toting arcade action on a deadly roller coaster, The Inpatient takes a much more subdued approach. It’s a prequel set in the 1950s at Blackwood Sanatorium.

If you’ve played Until Dawn, you know that place was bad news. Now you’ll get to see it in its prime. 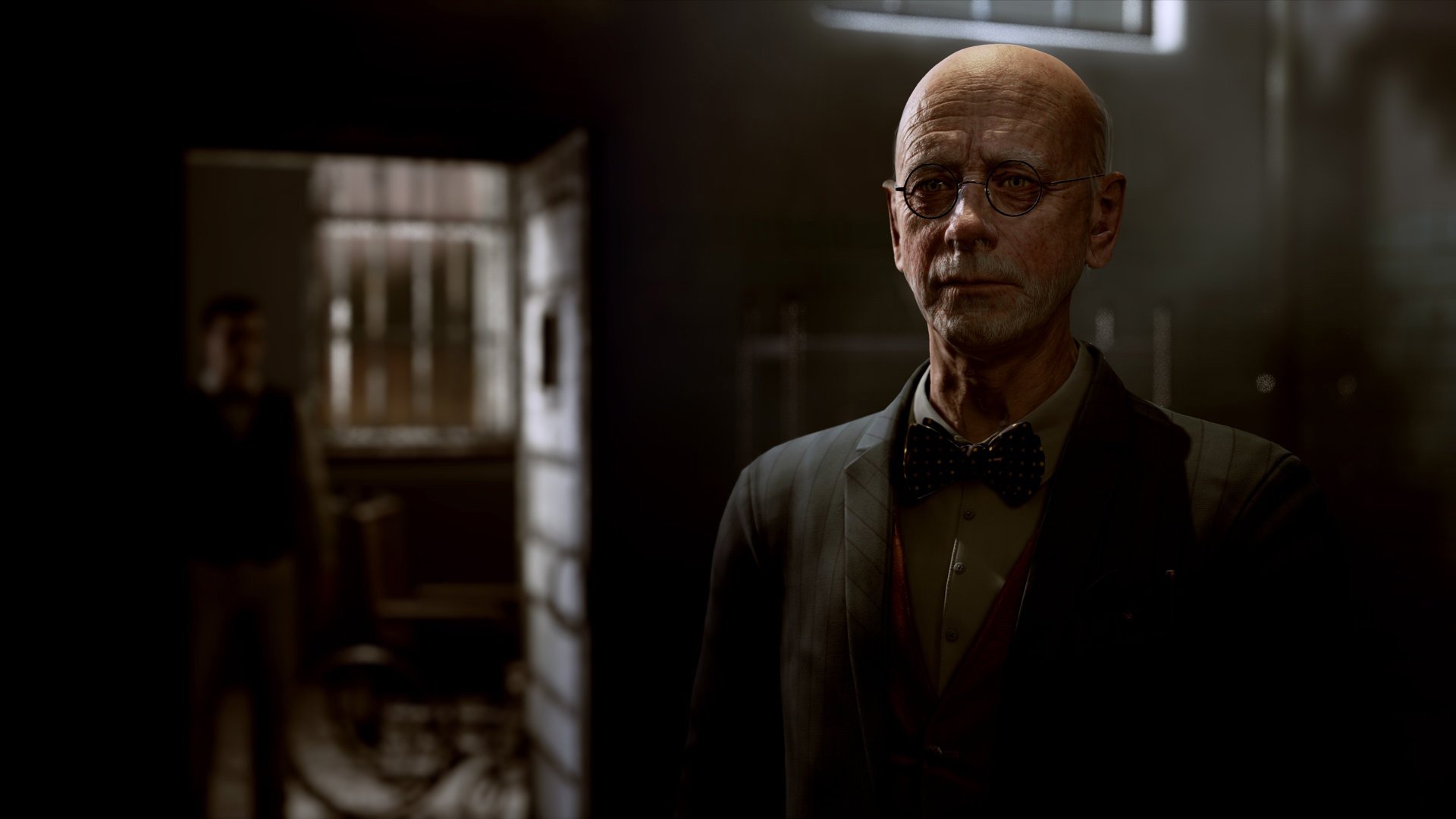 It’s worth stressing up front that while The Inpatient is a direct prequel, it’s actually best played after Until Dawn. You’ll have a better understanding of the sanatorium’s significance (surprise surprise, it isn’t just some run-of-the-mill clinic) and the supernatural horrors that await its patients and staff.

The game starts off a high note with Blackwood owner and operator Jefferson Bragg posing questions to you in a room that’s too dim for comfort while you’re strapped in a chair. It’s a sign of things to come. While you’ll eventually be free to walk around the sanatorium and interact with flashback-triggering objects, the bulk of The Inpatient‘s interactivity comes in the form of answering questions.

Like Until Dawn before it, your choices will lead the game down branching paths that affect who lives and who dies, often in unforeseen ways. Unlike Until Dawn, there’s very little in the way of action. It’s a slow burn. The Inpatient is a game about walking and talking — literally, if you want. You can optionally speak out loud to answer questions using the built-in mic; the voice recognition works most of the time.

The Inpatient pulls off immersion so well that it ended up captivating me despite having a simple story and not nearly as much action or even suspense as I would’ve liked. The only real question mark is your true identity (which admittedly has a good payoff), and I can name just a few tense moments that had me on edge. One involves characters taking turns to cross a long and very clearly ominous path; the other involves a big ol’ needle that made me squirm so hard, my chair almost tipped over.

Supermassive invested a lot of energy in creating a believable setting, and it succeeded. The Inpatient is impressive to look at and lose yourself in, especially considering it’s running on PlayStation VR. The stellar lighting and audio work in particular are worth praising. Even though much of the game is literally strolling along the sanatorium grounds with a flashlight in hand and listening to people talk, my mind never wandered. I felt engaged. (Side note: You can play with a DualShock 4 just fine, but using a pair of PlayStation Move controllers is ideal — you’ll be able to interact with more stuff.)

My second time through, I enjoyed The Inpatient even more. I knew what to expect from the game and had some ideas about how to alter the “Butterfly Effect” Supermassive is so fond of. Unsurprisingly, things didn’t go quite as planned. Not everyone made it out alive. But I saw several all-new scenes and went from one of the “worst” endings to one of the “best.” I also changed my gender for the second playthrough, a choice that in and of itself has ramifications on how certain events will unfold.

The Inpatient is a much quieter game than Until Dawn. It adopts a straight-faced tone, opting for psychological horror rather than grisly thrills. There’s nothing wrong with that approach, but coming off the last game, it took some adjusting. I couldn’t help but wish it was more, well, exciting. It’s a technical marvel, but at times the experience feels hollow and uneventful. In the end, even though I’m glad to return to this universe, The Inpatient comes across as a bit of a missed opportunity.