When I heard that The Incredible Adventures of Van Helsing III was on the horizon, I was taken aback a bit. Has it already been a year since the second game?

I didn’t expect such a quick turnaround, but after seeing that most of the assets are re-used, it makes complete sense. 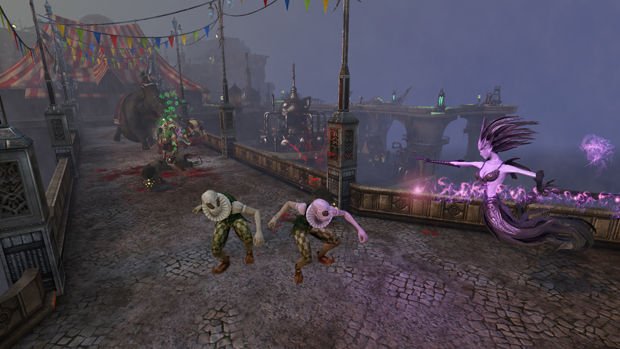 For anyone who has played and enjoyed the first two games in the series, the third installment is likely worth the investment, despite its issues. It offers a solid form of closure to the trilogy in terms of story — but be warned, the rest of the game doesn’t feel nearly as fleshed out. Van Helsing III starts off with a great summary of the events that have transpired so far, but there’s a lot assumed of the player in terms of game mechanics at play. The tutorial does a decent job of covering the basics, but it is very possible for new players to completely overlook entire portions of the game if they’re not observant.

The story picks up exactly where Van Helsing II left off. The New Bad Guy is in charge now, and Van Helsing and his ghastly partner Katarina are out to destroy him.  During their new adventure, Katarina’s backstory gets more fleshed out, and this is easily the most interesting part of the plot. Unfortunately, it’s easy to miss because most of it is told through in-game dialogue between Van Helsing and Katarina. Her dialogue, while it is displayed on screen, is constantly moving and is hard to hear under the noise of killing monsters. It’s often triggered right as the player is about to take on a large group of enemies, making it impossible to simply “stop and listen.”

Gameplay remains largely the same as it was in the past. Players can beef up their skills by spending Rage to increase certain aspects of the skill, like damage or duration. Each skill has three different elements that can be increased with Rage, and players can spend up to three points of Rage in any way they like; they can distribute one point to each element, or all three into one element to really increase its effect. It’s a very unique system that really elevates Van Helsing’s gameplay above many generic ARPGs.

There are six new character classes to choose from, however players cannot import their character from the previous game. They can import a file for “Glory Points,” which act as extra buffs, but this element of the game seems completely broken and doesn’t function at all. The classes play rather differently, and players can vary how they approach each class’s strengths. I played through the campaign as the stealthy Umbralist, and made sure that I spent as much time as possible being invisible, so I focused on the spells that granted invisibility, which forced me to forfeit some burst damage by doing so.

The skill tree has changed this time around, no longer requiring certain skills to be owned before taking another one. Instead, all of the skills are available to be taken from level one. Modifiers like extra damage or a bigger area of effect do require a certain amount of skill points in the skill itself before leveling up, however. This makes it more of a skill “bush” rather than a “tree,” since everything is easily picked without needing something else to get to the “higher” abilities.

It’s nice to have free range, but there’s also no feeling of finally unlocking some badass skill in the late-game and about half of them feel useless. Chances are, player will choose 3-4 skills and stick with them forever. Katarina can also be customized, though her skills do follow the format of pre-requisites. Her mechanics remained unchanged and can still be toggled between melee, ranged, and a passive form that buffs her partner. She can also hold inventory and go back to the Lair and sell items without Van Helsing needing to do so himself.

Both Van Helsing and Kat have had their max level reduced — hers is down to 25 and his is down to 30, half of what was offered in Van Helsing II. The game is rather short, and there’s not much for players to do after reaching the max level. The “Neverending Story” mode from the past two games, which was essentially a New Game+ mode, is missing. I managed to complete the story in six hours, which wouldn’t be an issue if there were any way to continue to progress. Since the max level is so low and there’s no Neverending Story, there is little to no replayability in Van Helsing III. 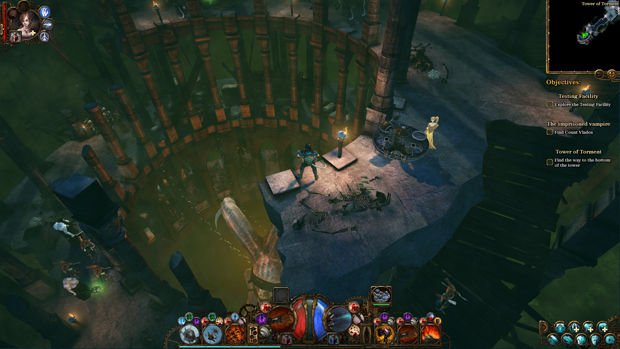 The tower defense mini-game returns in the “Lair” area, though players can completely opt out of it and instead send NPCs out to take care of the problem. The game mode itself also remains unchanged at its core. Build towers and traps to help defend against waves of enemies. The NPC missions also make a return, where the player can choose one of four leaders with various skills and traits to go out on missions and come back with sweet loot (well, mediocre loot usually). The Chimera can also be sent on its own missions, but can no longer be summoned into battle.

All of these elements are fine, if a bit uninteresting, but they never come together as a cohesive whole. While out on missions, players will receive radio transmissions from the Lair saying things like “Hey man you gotta get back to the Lair! Bad guys are marching in and it’s bad news!” But if the player never returns or never click on that NPC, nothing happens. There’s no urgency to these missions and makes them feel incredibly disjointed. If the player never goes over to the Chimera section of the Lair, then they miss out on some more mediocre loot and an achievement or two, but that’s about it.

For people familiar with the series or ARPGs in general, I recommend playing a difficulty above Normal. Playing through on Normal was much too easy, as the Umbralist could kill some bosses in a single hit. There are plenty of difficulties to choose from and a Hardcore option for those who think they can avoid death permanently.

There are some bugs that I encountered during my time with the game. Some were minor, like the fact that if the Umbralist swings at nothing, no sound effects play or that some achievements are still broken. Others are more impactful. At one point the map’s ground simply didn’t exist, even though it looked like it did. According to patch notes this is fixed, but others are not, like the aforementioned Glory Points. 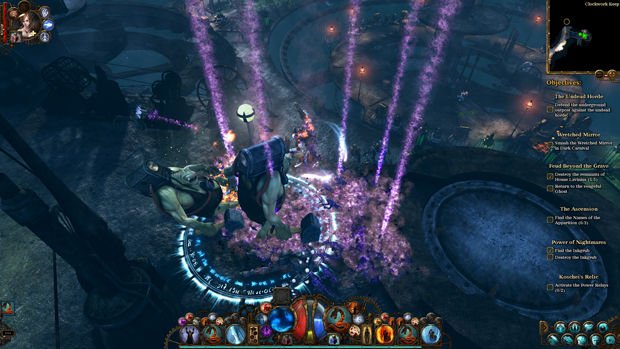 Multiplayer with up to three other players is included once again, and if you can find someone near your region to play with, it isn’t too laggy, but again bugs rear their ugly heads. Player VS. Player  (PvP) is also available, but it’s hard to find people playing it and most players will probably have taken skills that focus on killing large groups at once, since that’s what the Campaign is made up of. Scenarios also return, allowing players to play through zones with different modifiers, like constantly taking damage, to make things more difficult. It’s a decent way to farm for loot, but it is unlocked at level 27, just three levels away from the maximum level, so there’s no real gameplay incentive to ever play a Scenario.

In many ways it does feel like a copy-paste job, but neutered to remove certain elements. A lot of the models and mechanics are exactly the same as the second game, but then things like Neverending Story or a higher level cap are simply gone. The banter between Van Helsing and Katarina is still as solid as ever, as is the voice acting backing them up, but it’s possible to miss the banter because of combat noise. Its parts feel a bit disjointed, like a student who has copy-pasted the information from their research paper from various different authors with no detail given to the paper as a whole.

Van Helsing III feels much more like an expansion of the second iteration than a game all on its own. It’s nice to have a solid end to the story, but it’s baffling that so many features were removed from the previous games for this finale.