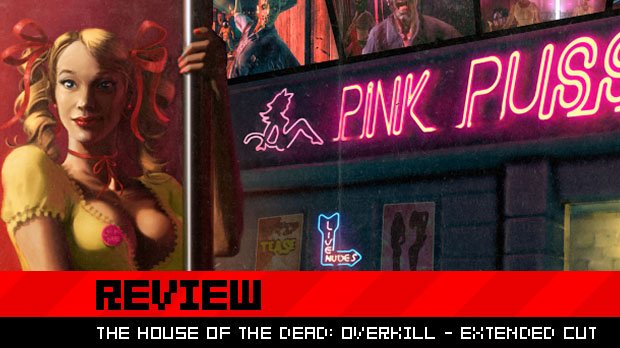 The House of the Dead: Overkill is one of my favorite Wii games. Not because it’s of the quality of its gameplay or its narrative depth, but because it’s one of the most gloriously stupid productions ever committed to disc. From its record-breaking profanity to increasingly ridiculous bosses, Overkill is shameless on a beautiful level.

Sadly, the game never sold too hotly, what with it being a vulgar and violent experience on the family-friendly Wii. With The House of the Dead: Overkill – Extended Cut, SEGA has a chance to bring its zombie-blasting, mother f*cking shooter to a more receptive audience.

However, one has to ask if this 3D-enabled HD upgrade is worth dusting off for a second crack of the whip. 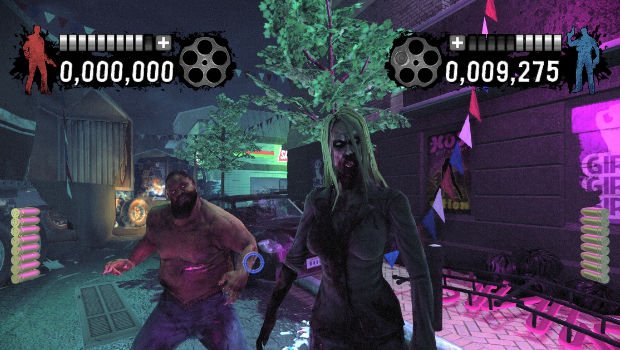 For those who did not play the Wii original, The House of the Dead: Overkill takes the arcade on-rails shooting of the House of the Dead series and transplants it into an over-the-top grindhouse setting, as Agent G and Isaac Washington team up to chase down the nefarious Papa Caesar. Along the way, they’ll meet audacious sex object Varla Guns and shoot their way through an army of violent undead mutants and utterly horrific bosses.

Much of the game is unchanged from the 2009 version. You’ll defend yourself from incoming mutants using either the PlayStation Move or SIXAXIS controller while the camera does all the movement for you. Bonuses such as concept art, 3D models or music can be unlocked by shooting special items in the environment while health packs, bullet-time power-ups and grenades can also be fired at and collected throughout every stage.

New to Extended Cut are two levels focused around Varla Guns and stripper friend Candy — Naked Terror and Creeping Flesh. Set in a strip club and slaughterhouse respectively, these stages feature fresh banter between the two extra characters, a selection of new mutants and a pair of previously unseen bosses. These new levels are decent and the bosses are some of the most disgusting ever seen in the series, although they’re not quite as challenging as what the established stages offer. Also, the new cutscenes between Varla and Candy are rather offensive with the “dumb bimbo stripper” stereotype portraying Candy as borderline autistic. Her child-like personality is juxtaposed with so many upskirt camera angles that the whole thing comes across as disturbing — and not in a fun way. 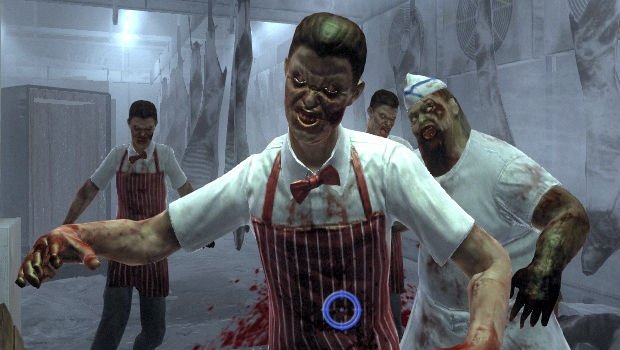 Extended Cut supports 3D (both stereoscopic and anaglyphic) and the game has even retooled itself a little to justify the experience. Stages and boss fights feature new elements that throw the combat right into the player’s face, but while these moments might be cool for those wearing 3D glasses, they waste the time of anybody else. They’re rather forced and come across as little better than when a 3D movie constantly tosses garbage at the camera in slow motion. It’s tacky and excluding, not to mention rather annoying with excessive repetition to the point where even those wearing 3D glasses might get tired of it.

Naturally, the game’s visuals have been upgraded in the transition from Wii to PS3 so that everything gets an HD lick of paint. That said, it’s definitely still a very basic looking game, with awkward animations and simple textures remaining in place. While the HD boost is very welcome, the visual changes aren’t amazing to the point of revelation and don’t quite do enough to justify a purchase from those who have experienced it on the Wii.

Even with the two new scenarios, Overkill is still a rather short game, able to be beaten in a handful of hours. There’s a “Director’s Cut” version that unlocks upon completion, extra guns to purchase with in-game cash and several bonus levels to keep things spicy but this is a game designed around replay and will only truly reward those who intend to keep beating the same stages in a bid to top their high scores. That poses a large issue, however — while Overkill is a lot of fun, Extended Cut has taught me that it’s not a game worth playing more than once. 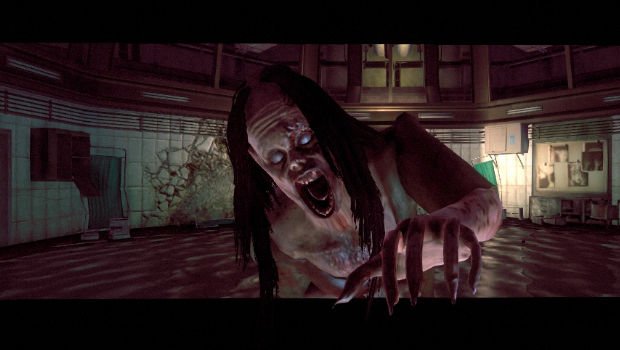 Playing The House of the Dead: Overkill a second time round, I found it significantly less entertaining than it was on the Wii. Much of this is due to the shock value fading away as the endless stream of swearing and sex jokes fails to maintain the element of surprise. Initially hilarious, the vulgarity comes across as rather desperate on a second playthrough. The relative ease and simplicity of the game compared to others in the House of the Dead series if far more evident, too.

That does not mean the game will fail to amuse new players. What it does mean, however, is this isn’t a game I feel fans of the original need to play. The visual boost is nice but not overly significant, the extra levels are nothing to write home about and the new 3D elements are annoying more than complimentary. Those who played Overkill in 2009 won’t miss anything of great value by skipping over this new iteration.

However, those who are yet to experience a game so foul it broke a world record for most F-bombs in a game will likely carve out a portion of entertainment from the experience. At the very least, it gives PlayStation Move owners a damn solid game to enjoy and one might imagine that Move owners are desperate for anything at this point. That said, the fact that even SIXAXIS controllers are supported means that any PS3 owner can enjoy it. 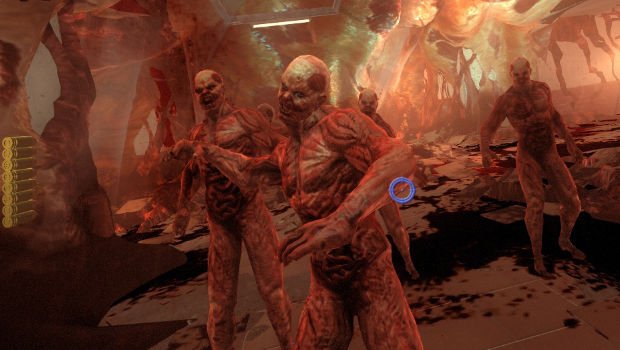 For those fresh to Overkill‘s saucy blend of violence and crude humor, The House of the Dead: Overkill – Extended Cut is a fun little game that will soak up a few hours and provide some laughs along the way. Those who have been to the rodeo before, however, don’t need to get on the horse again. In fact, I’d go so far as to say that the Wii version is better for not shoving the 3D gimmickry down anybody’s throat and providing a more streamlined experience without the addition of that infuriating Candy character. Whatever version you play, you only need one, because this is a game that just isn’t as much fun the second time around.