Coming to you from beyond the veil

As I made my way through the world of Skyrim last week, a familiar feeling set in — my quest isn’t as joyous when I’m taking the critical path.

No, like most Bethesda games, the stories that you create on your own by doing random dumb acts is where all the fun is. And if you’re going the console route, mods don’t hurt either.

So while I wouldn’t really run out and tell anyone to get Elder Scrolls V: Skyrim: Special Edition, especially if you’ve played it already, it speaks to a certain crowd that will want to relive those tales all over again. 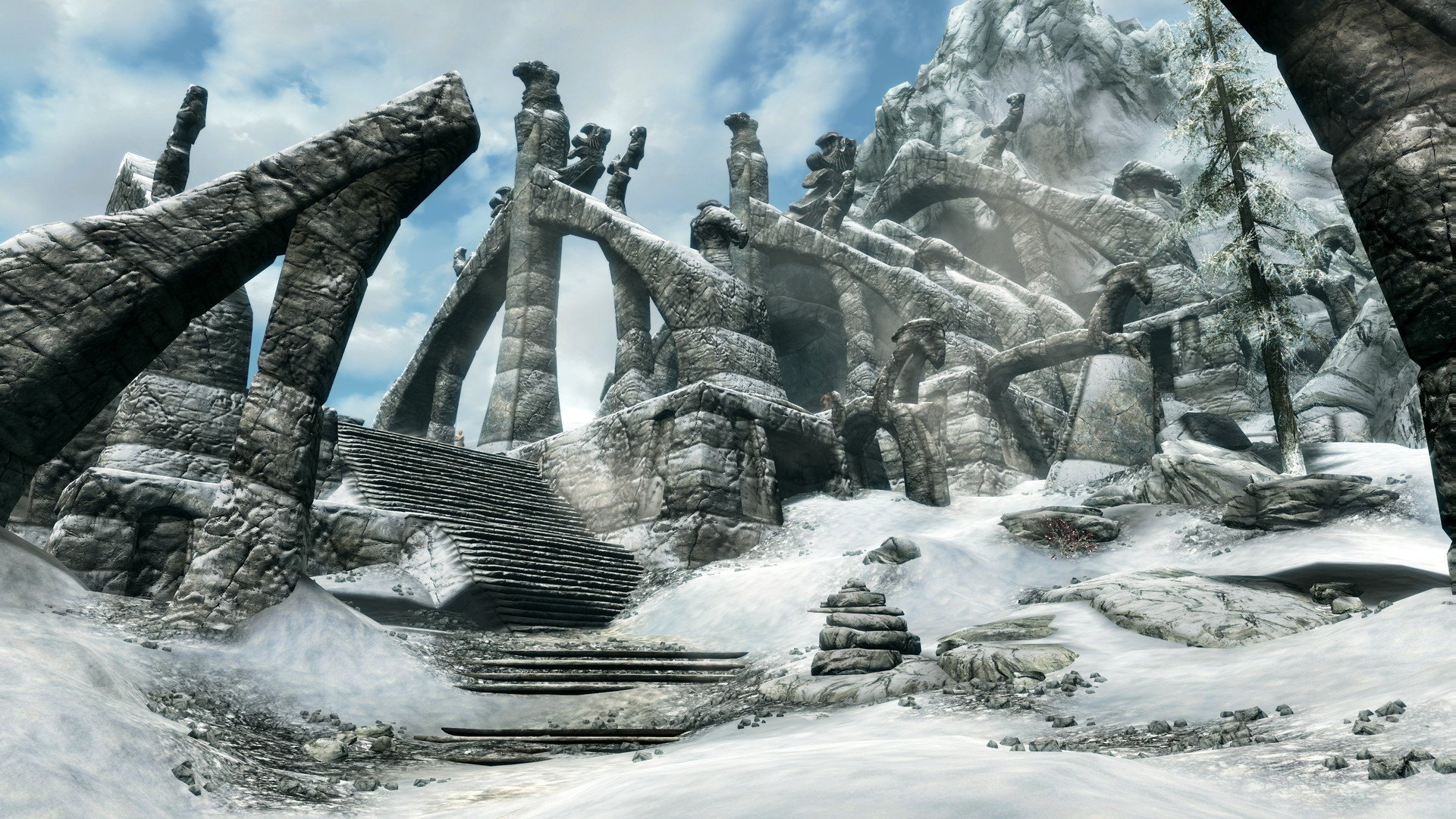 I’m straight-up unimpressed by the campaign, which was a weird feeling to have since it begged the question of whether or not it was ever justified. There’s that honeymoon period with all open-world games where they feel better than they are, partially because you’ve invested so much into that one playthrough, so I never really rush to judgment with games like this — especially when it comes to Bethesda’s wheelhouse, which has a storied history of well…lackluster stories.

A lot of aspects of Skyrim feel dated and glossed over by the special edition sheen, particularly the combat — and especially on consoles. Selecting options without a mod like SkyUI is a chore, and if you’re a caster on a controller, you’re going to be fiddling with menus more than actually casting things. But a lot of that melted away over time, as Skyrim‘s world is a joy to explore in spite of those pratfalls. One minute I’m spelunking around in Skeleton caves that have nothing to do with the main story for five hours, and the next I’m battling a dragon with the help of a town, unscripted.

The DLC also makes slight improvements on some of the core storylines — but the key word here is slight. Dawnguard, one of two major campaigns, is rife with glitches and mediocre writing, but gets the job done in the sense that it actually feels like a meaty addition. I’m also a sucker for vampires, and the aftermath of the DLC and the vampiric options within have a large impact on the duration of your current playthrough, which is a big plus.

Hearthfire, one of those module-like things that Bethesda went overboard packing into the season pass for Fallout 4, is just as useless as it was years back. It’s nice to have the option to build a home built in, but just like my first time with it, I spent five minutes fiddling about before ignoring it and moving on. If you really like the idea of a settlement, just try Fallout 4 or any other world-building game that does it better than both.

Dragonborn, the other big add-on, suffers in the sense that it draws too heavily on the ho-hum “dragon” shtick from Skyrim proper, but brings some form of closure to the narrative that the campaign never really does with a showdown with Miraak, the first Dragonborn. Solstheim isn’t quite as unique as the Morrowind continent we got two Elder Scrolls ago, but it’s a step up from many of the bland zones in Skyrim, and again, it has new items and dragon powers that can be brought back into the open world for more shenanigans.

I warmed up to all of the visual upgrades the more I played and started to notice them a bit more. Rain doesn’t clip through buildings anymore, and lighting, especially in caves, does look markedly improved. But the chief tweak I really enjoyed was the smooth framerate on consoles, and after digging into the mod support on Xbox One, I’m starting to see the light as well. The PS4 situation is much less desirable since you can’t use outside assets (I recommend skipping it if you can for posterity’s sake), but the Xbox One already has a few substantial mods under its belt (from UI upgrades to full-on expansions), and it’ll only go up from there. 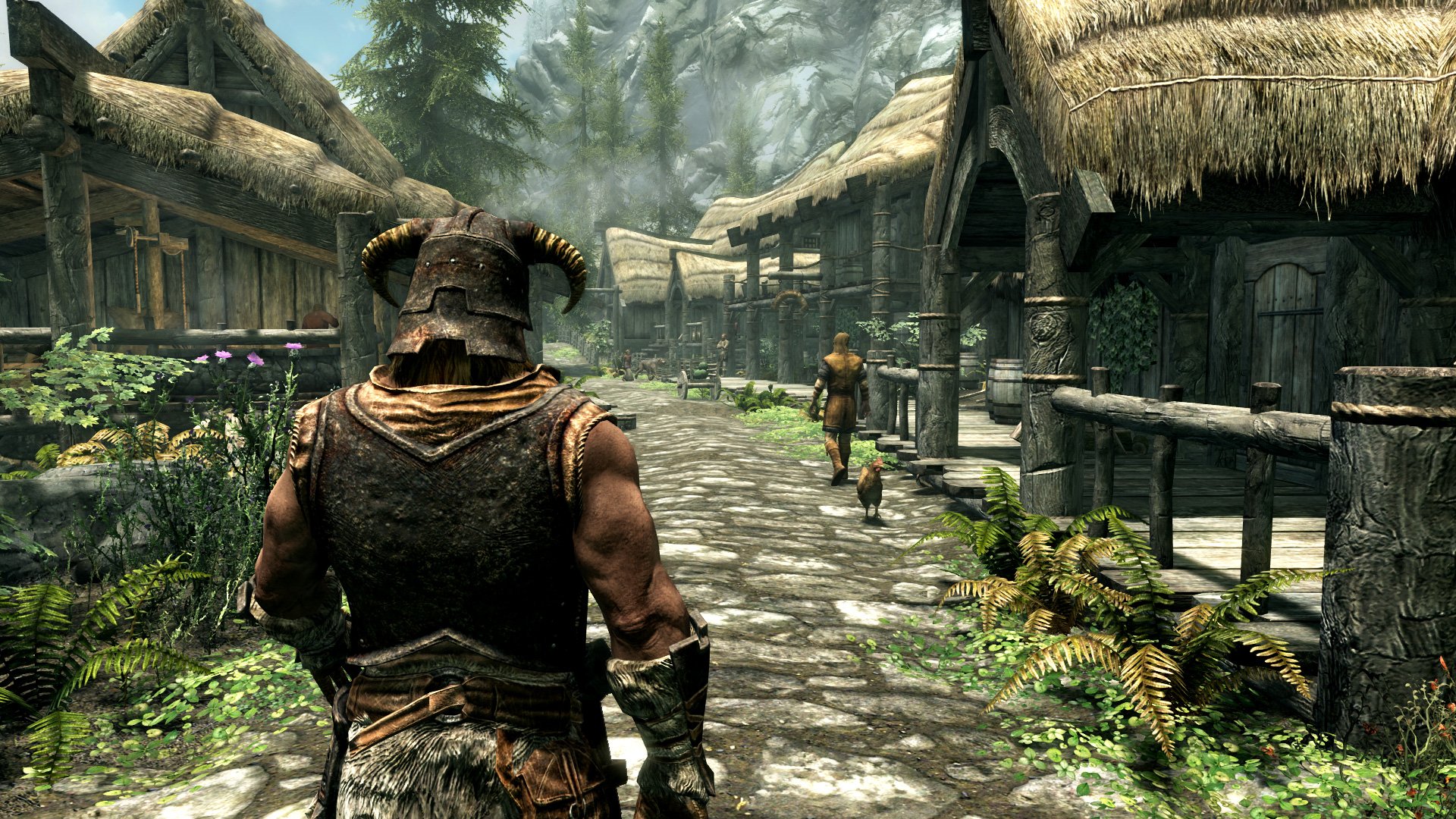 If you didn’t dig it way back when, Elder Scrolls V: Skyrim: Special Edition won’t do much to change your mind. It’s still impressively open, but once you actually reach your objective marker, it morphs into a shallow experience with shaky writing. Mod support will naturally help grease the wheels a bit, but make sure you stick to Xbox One if you’re going the console route and stay on the beaten side path.