As someone who loves the detective genre in both novels and film, I’m always disappointed by the way they translate to video games. A lot of it boils down to gimmick first, mystery second; where you’re usually a ghost, someone with time travel powers, or the owner of a “sonic screwdriver.” It’s understandable, what with gaming’s emphasis on interaction, but sadly, those that do play it straight are either too ambitious for their own good (L.A. Noire) or met with commercial indifference, despite being the gold standard (Last Window: Secret of Cape West).

So, personally, it’s refreshing to see a no-nonsense crime drama like The Detail in a medium of extremes. Right from the opening episode, it strives to bring the genre back to basics and rely on player choice over fancy forensic skills, as its cast of cops and ex-cons blur the moral line for justice. But after playing catch-up with the first two episodes, it’s hard not to wonder if Rival Games went too threadbare for its efforts. The Detail ends up being a troublesome affair, but that’s alright. For you, trouble is my business. 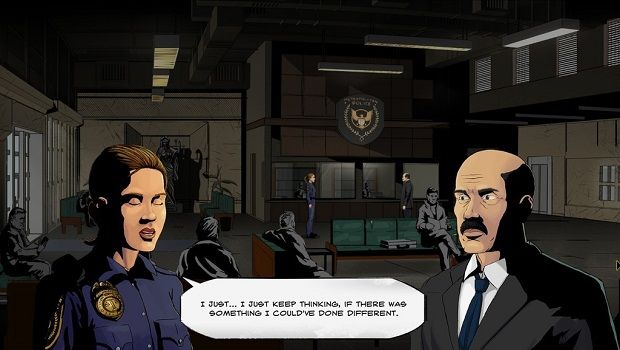 Though it’s mostly presented as a graphic novel, The Detail is a cop show at heart, owing a lot to the likes of NYPD Blue, The Wire, and Homicide: Life on the Streets. Players take control of several characters on both sides of the law – Det. Reggie Moore, a burned out cop, Katelyn Hayes, a rookie officer thrown into the deep end, and Joe Miller, an ex-informant-turned-family man – as they track down the suspect in a gangland murder. By the end of the second episode, things go from bad to worse, as Reggie struggles with the responsibility of a new Major Crimes Unit, and Joe resorts to desperate measures for his family’s safety.

It might be a familiar premise, but it’s also one that makes for an intriguing set-up; where characters are presented with morally grey decisions on a regular basis and the stakes increase scene-by-scene. But, honestly, the writing never quite hits its televisual marks. Characters spout clichés like the last 15 years of contemporary crime novels never happened, maverick cops are constantly told to cool their jets, and the gang stereotypes are really on the nose. 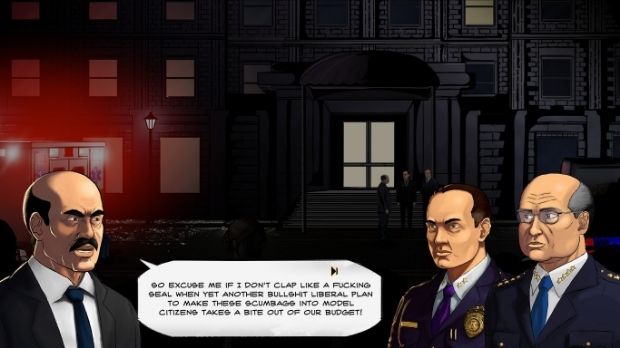 The Detail does have moments of subtlety though, enough to elevate solid characters over the eye-rolling narration. The main protagonists come across as sympathetic and realistically flawed – Reggie’s girlfriend being an escort and Joe’s bedtime stories to his daughter spring to mind – and for all the bluntness of Ep1: Where the Dead Lie, you perfectly understand the motivations and reflections that colour in their more questionable actions.

Both episodes lean heavily on choice and consequence, but by the end of Ep2: From the Ashes, you never get a sense of the bigger ramifications. Most of the decisions are short-term affairs and callbacks usually end in a throwaway line of text. In several scenes, three choices really amount to two outcomes. This is particularly striking in Ep1: Where the Dead Lie, where a child molester walks free, no matter what you pick (completely ignoring his assault of two officers in the process). In Ep2: From the Ashes, aggressive tactics can cause a suspect to have an epileptic fit, but it’s never brought up again.

Of course, the illusion of choice will always be there in narrative-led video games. Some hide it better than others, but here, only a handful of decisions clearly carry any weight. From conversations to investigations, player input feels fairly minimal, and that’s really down to the low-budget hallmarks of an iPad port. 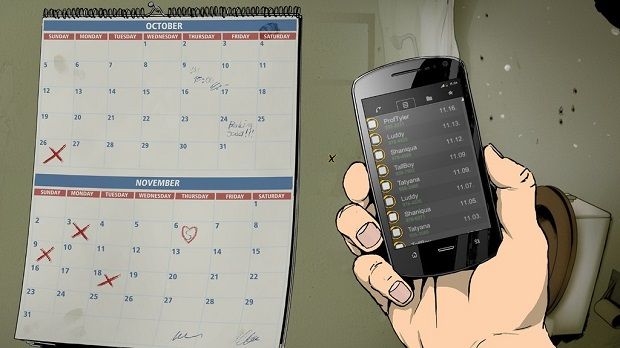 A crime scene is just a case of clicking on hotspots, which can also be permanently highlighted for ease, and they’re always capped off with a simple comparison puzzle, e.g. check the names on a map with a criminal record or match the calendar dates with a call log. When the story becomes more urgent, like getting into a fight, it’s more about picking the next panel in a comic book.

Speaking of which, The Detail’s artwork is an acquired taste. Nothing on screen is ever consistent; jumping from stark black and white panels to comically expressive talking heads, with characters looking different in every other shot. Grammar is also spotty at times; not exactly egregious, but sometimes distracting. It’s not until Ep2: From the Ashes that the quality takes a massive leap for the biggest beats. 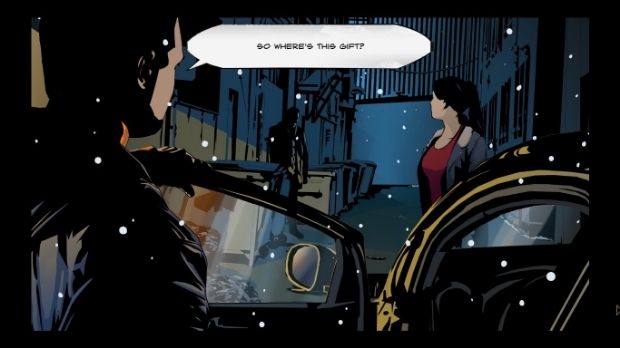 But if there’s a real consistent high point throughout, it’s definitely the soundtrack. The low-key themes perfectly capture the downbeat mood, turning the right kind of screws when the situation gets out of hand, and getting into the head of certain characters when the dialogues fails to deliver.

The Detail is a rough production. Past the clichés, inconsistent presentation, and slight investigative work, there’s the odd glimpse of potential in its characters and their dilemmas. Whereas Ep1: Where the Dead Lie leaves a bad first impression, Ep2: From the Ashes does its best to refine past mistakes, if not rectify them completely. Two episodes down in a five-episode season, and the nagging suspicion that The Detail won’t be anything more than average when it’s complete lingers in the mind. For now, it’s best to stick with the gimmicks.

Filed under... #Point and click#Visual Novel