Harryhausen would be proud

I was lucky enough to grow up with parents who had a penchant for classic films, and B-humor. Hell, their first date was Monty Python and the Holy Grail, and as a child, I was raised with an endearment to the craft, whether it was through direct viewings or being introduced to them by way of Mystery Science Theater 3000. A lot of people dismiss B-movies outright which is a shame, since many of them have influenced the industry in countless ways, most notably the use of practical effects.

The Deadly Tower of Monsters from ACE Team manages to channel most of that silliness in a way without sacrificing gameplay, but the experience is fleeting. 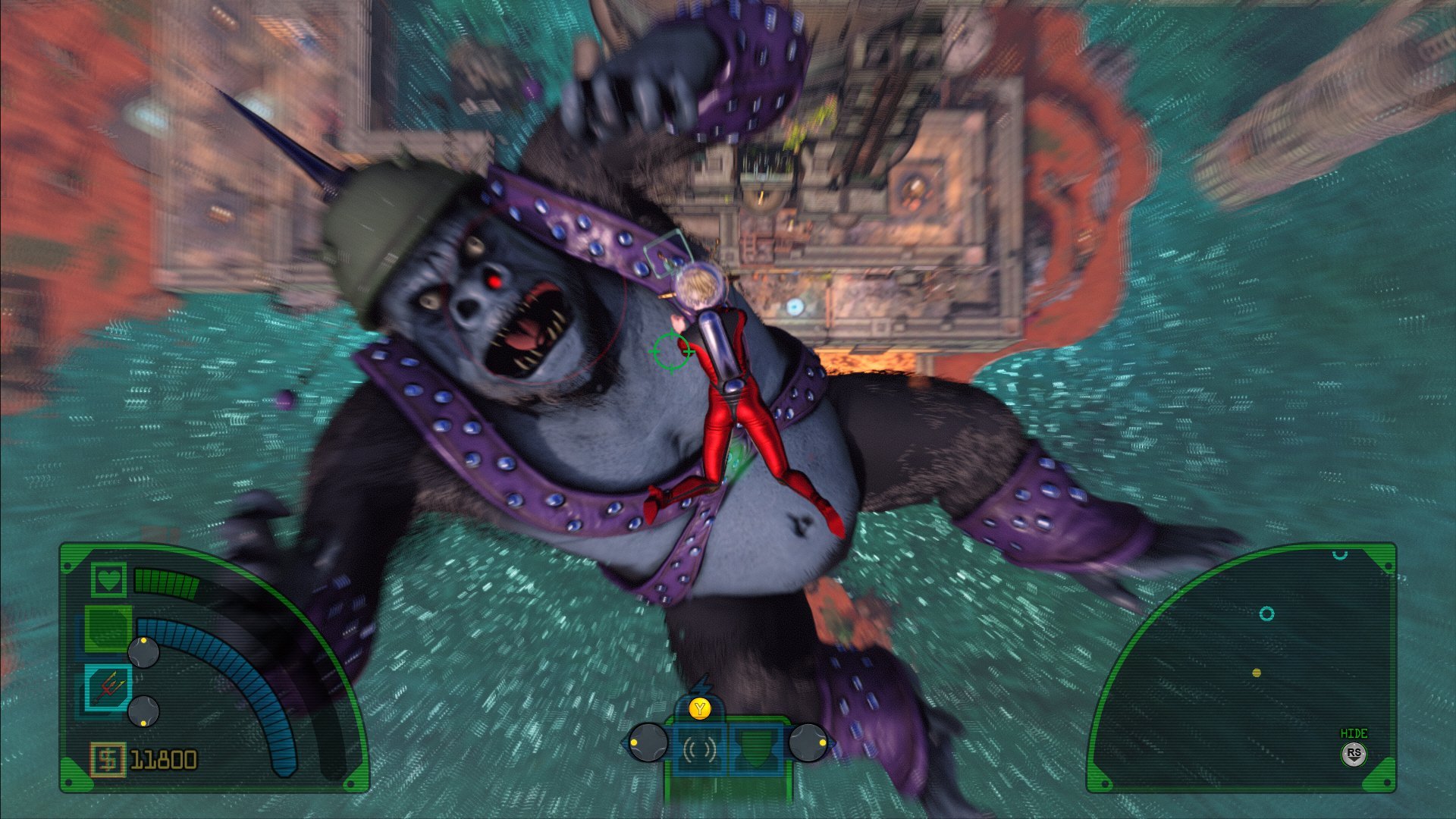 The silly audio “DVD” commentary right from the start helps cement that B-movie feel Deadly is going for. Permeating through the menus, the “director” of the “movie” you’re playing will continue to comment on your actions throughout, much like the narrator from Bastion. This narration however is a bit wackier, and will make fun of everything from gamey elements like finding useful items instantly in unexpected places, why items disappear after you pick them up (the hero “beams” them back to his ship), and how the actors got into a particular costume. He even boasts in one early scene that having his female lead rescue his male lead is progressive, and how he was “ahead of his time” for it. It’s amusing enough to keep one interested throughout.

So how does it play? Well, it’s basically an isometric action game, with twin-stick shooting and melee attacks. The latter can be charged for effect, and players can also roll, or hover with a jetpack in a double jump of sorts. It’s a small thing, but intuitive health bars circle each enemy, so you know exactly how much of a beating they’ll need. There’s also three playable characters available — Dick Starspeed, Scarlet Nova, and Robot. All of them have unique powers at their disposal, but for the most part, the choice is aesthetic.

What I really like about Deadly Tower is how fresh the game constantly keeps things. At first I thought it was going to be a simple sci-fi spoof with aliens, but it’s so much more than that. There’s Planet of the Ape-esque monkey men, “Energy Imps,” a Ghost Pirate ship, and so much more that I won’t spoil here. The gimmick is really cool as well, in that the entire game takes place on a gigantic tower that extends from the ground level of an alien planet all the way to space. Players will slowly climb said tower with checkpoints, which you can instantly teleport to after obtaining them.

Great camera work also helps show off these environments in a big way, and I love how you can alter the visuals and music from “DVD” quality to the worse “VHS” setting. Cutscenes can also be fast-forwarded even upon the initial viewing, and there’s several funny effects such as a forced black and white section for “budgetary reasons. ACE Team also goes full hog when it comes to the theme — I’m talking Ray Harryhausen-like stop-motion animation in some cases. If it sounds jarring it really isn’t, as the player character is always on point, so the framerate doesn’t necessarily drop when enemies like that appear. “For those who are curious, here are the PC visual options and the control scheme.

The best part though is the freefalling system. From any point of the tower you can jump off, starting a falling animation that allows you to aim and shoot downwards, collecting helpful objects in the air as you descend. It’s a rush to jump off really high points and just take in the scenery, and boss fights that incorporate this mechanic are even more fun. The fact that you can use an “air teleport” system at the touch of a button to return to the point where you fell and teleport to any checkpoint at any time is the icing on the cake, allowing a large degree of freedom when it comes to exploration. This is especially helpful on PC, where I encountered two crashes in my first playthrough. When I loaded the game again I picked up right back where I left off.

Despite all my praise though, you should know what you’re getting into. My first playthrough only took me roughly three hours to complete, and I managed to spend an extra hour looking for artifacts and completing additional objectives. There doesn’t seem to be any option for a New Game+ or the ability to alter the difficulty, which definitely stings a bit despite its strong initial run. I can definitely see replaying it every so often however, and jumping off of the top of the tower is something I did many, many times. 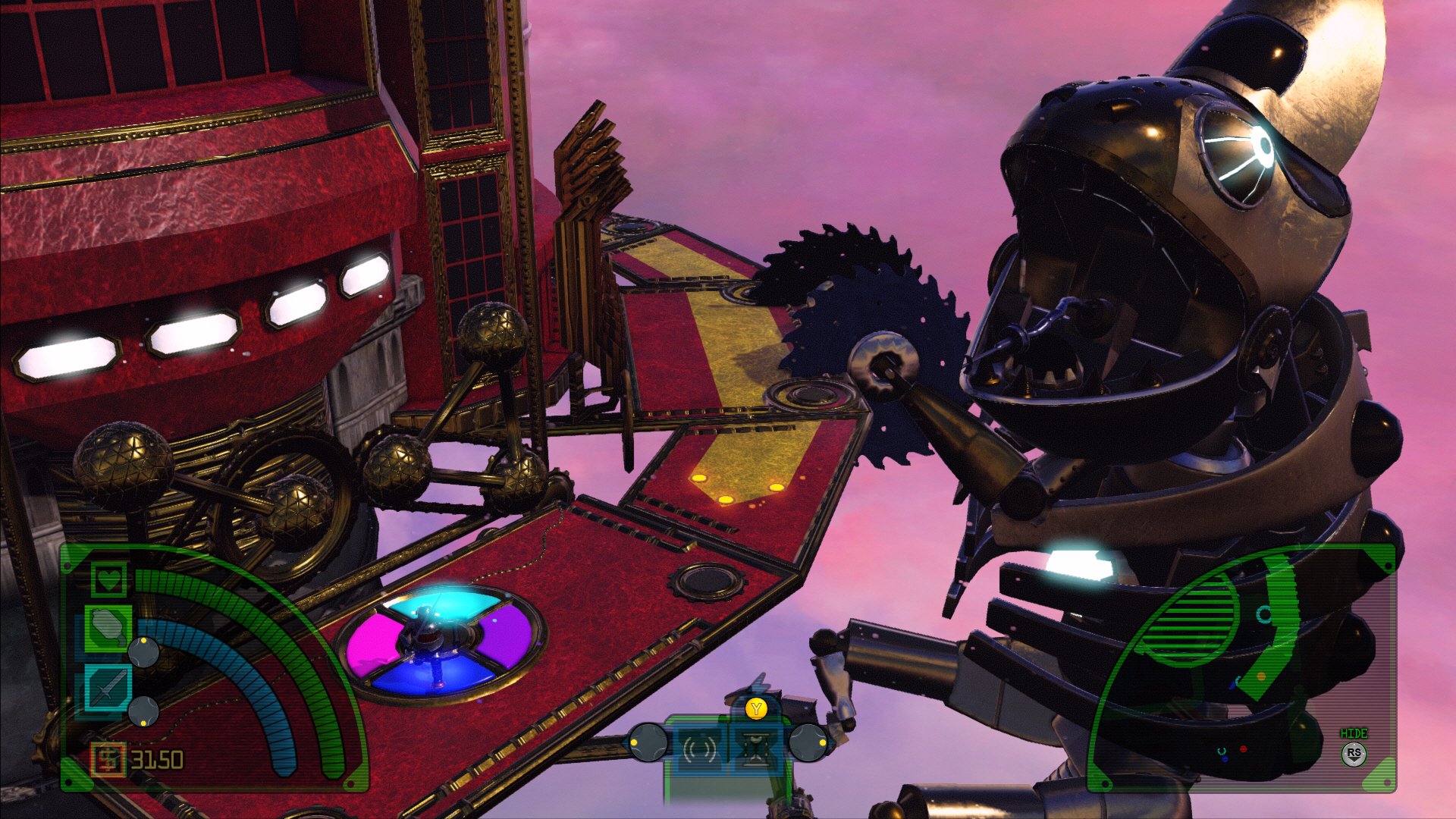 The Deadly Tower of Monsters is a fleeting experience, but one that no B-movie fan should go without. I have a few issues with the loot and upgrade systems (namely in that they feel superfluous), but as a straight action game, it mostly succeeds in what it sets out to do.