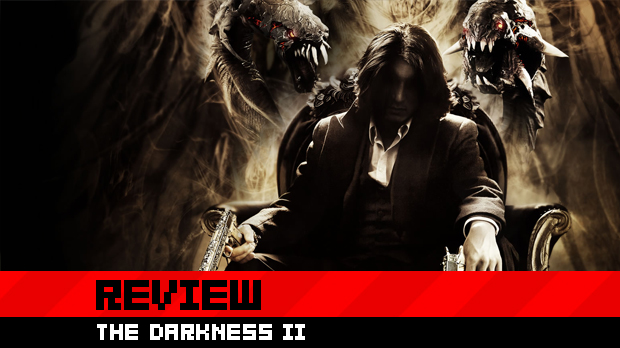 The Darkness was a rather solid first-person shooter and a good example of a license being properly handled. Developed by Starbreeze Studios, it featured some bold gameplay choices that didn’t always pan out but managed a solid game worthy of a sequel.

Picking up two years after the events of that game, Jackie Estacado has become the de facto organized crime leader of New York, and his time since has been spent keeping The Darkness subdued. Now, a new enemy has targeted Jackie and plans to take his gift to use as a weapon of mass destruction. In order to save himself and his family, Estacado must again unleash The Darkness and cut a bloody path through the city. 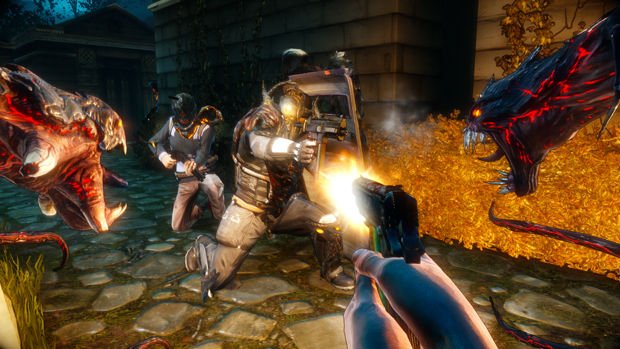 This is a case of an unremarkable story being handled remarkably well. The surface-level plot line in which Jackie fights against this new enemy doesn’t keep its secrets long and quickly becomes little more than one bloody conflict after another. Meanwhile, a second story thread slowly develops which changes Jackie’s goals dramatically in the game’s final act towards a rather predictable conclusion.

Were that all The Darkness II had going for it, things would be dire. But the presentation is more than up to the task of keeping things interesting. Pacing is very deliberate in attempting to keep the player on their toes. While some developers are content to throw in a scripted explosion sequence or two as a mid-level surprise, Digital Extremes will completely change the emotional tone on a dime, nail it and then throw the player right back into the fray when they’re done. Little touches here and there plant seeds to reward observant players and demonstrate that there are greater aspirations than the standard licensed game. 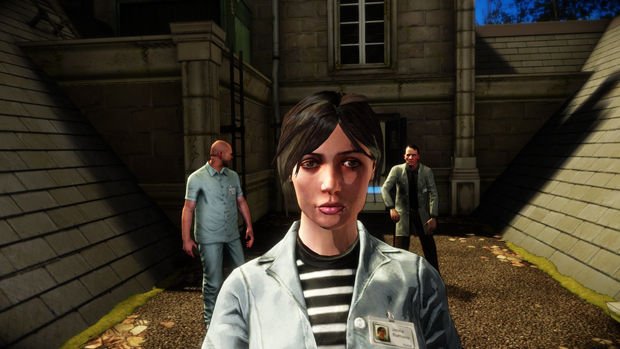 Effective use of cel-shading gives a feel evocative of the comic books from which these games originate and makes it surprisingly easy to get sucked in. The effect does wonders to keep a game all about being in the dark remain vibrant and lends itself well in a practical sense to the gameplay as everything is easily distinguishable. It also sounds quite nice. In combat, guns are noisy, screams are bloodcurdling and Mike Patton feels bigger than life as the voice of The Darkness. Voice acting overall is stellar and while the plot may not be particularly original, the dialogue is pretty good and made all the better by some top-notch performances.

It’s a fairly short solo campaign, clocking in at around six hours, and fun from beginning to end with a very strong emphasis on killing people. Even at the outset controlling Jackie feels like a bit of a power trip with his tentacles in play. Mapped to the bumpers, the right tentacle bashes either vertically or horizontally while the left allows Jackie to grab objects or enemies and throw them. In concert with firearms in his hands, he’s lethal at any range. Killing enemies and eating their hearts gives Jackie dark essence which may be spent on new and improved abilities with bonus essence awarded for more violent kills. 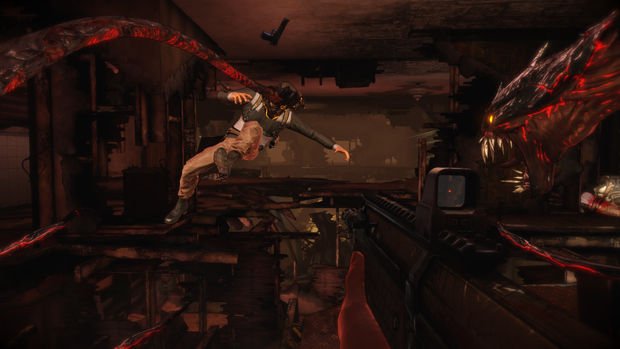 These abilities are both fun and useful. Grabs can become executions and reward a kill with health, ammo or even a shield made of pure dark essence (as well as some stomach-churning animations). Gun channeling buffs your guns with more damage, infinite ammo and rapid-fire for a few seconds and can eventually do the aiming for you. The bashing tentacle can fling enemies or sprout blades for a big damage boost.

When upgrading, abilities are organized in a wheel with each quarter having its own skill tree relating to different types of powers. A steady flow of dark essence ensures upgrades are always there for the taking, but the game’s length is such that it would be quite challenging to unlock much more than two trees to the point at which their more valuable powers become available, providing replay value in attempting different configurations of powers or achieving Jackie’s full potential in the “New Game +” mode. 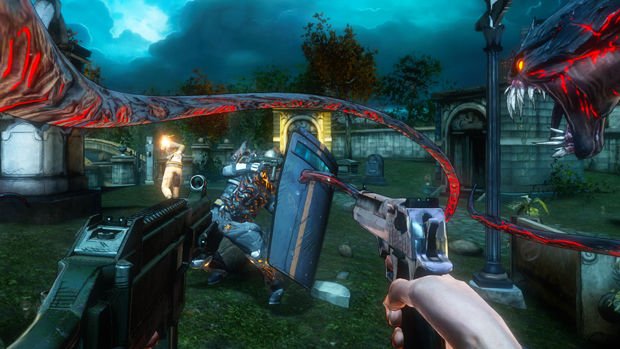 Also supplementing the solo campaign is the multiplayer “Vendettas” mode. Playable with up to four people (or solo, if you like), each controls one of Jackie’s four supernatural enforcers. These characters are each centered around one of Jackie’s Darkness powers which they can use as well as support abilities that contribute to the team. Like Jackie, they collect dark essence from kills and spend it upgrading their own unique ability wheels. Unlike Jackie, they aren’t a whole hell of a lot of fun to play. With only one real power at their disposal each, the lack of variety makes the combat significantly less interesting.

At around two hours, the Vendettas campaign is worth playing through, offering a different set of missions which run concurrent to Jackie’s story and add some additional flavor, but could easily be dismissed. Greater challenges can be found in The Hit List missions, arena-style boss fights where the odds are much less in your favor. These are really difficult, to the point where it feels necessary to have more people helping to keep some of the heat off (or, you know, just Jackie).

The Darkness II succeeds far more than it fails. The single-player experience features some genuine emotion in its narrative, something games which don’t feature skull-extricating tentacles rarely manage to accomplish. And while the Vendettas cooperative multiplayer content feels lackluster by comparison, it’s not bad either and serves to pad out this short but otherwise delightful game.