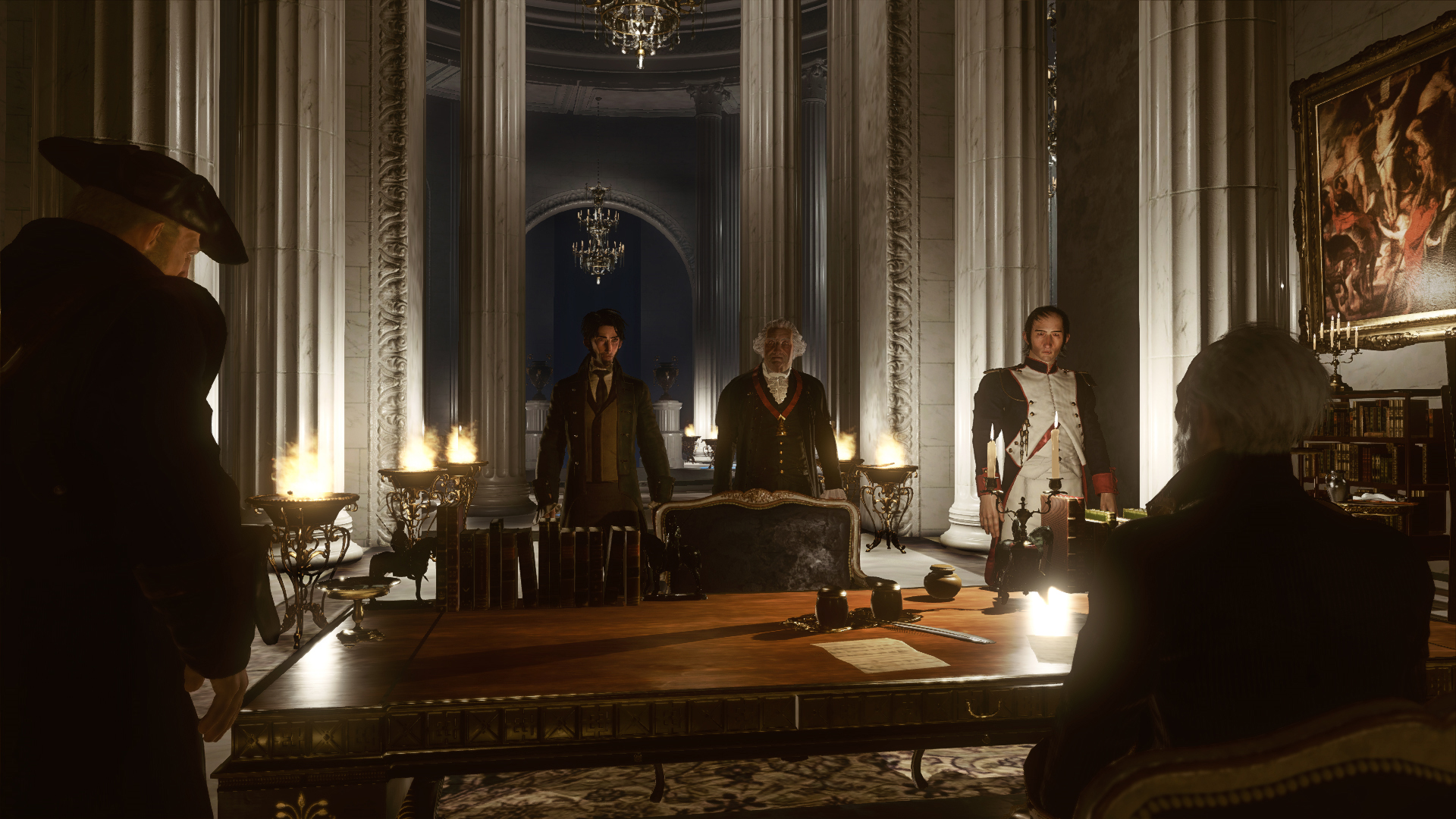 Well hot damn! I think I sort of enjoyed the third episode of The Council.

Episode 3 does not start off strong; the cliffhanger from the first episode is more-or-less ignored and the player’s obvious questions aren’t even asked within the context of the game until the end of the episode. It’s as if the “find out next time, on Dragon Ball Z!” wasn’t even slightly addressed until the last five minutes of the following episode. It’s extra frustrating because, well, there’s no way in hell the main character would ignore it until way later.

Regardless, the episode quickly transitions to a grand meeting between every historical leader that was brought to this island. I feel like this moment is what the entire game has been leading to, and it executes it incredibly well. Finally, the RPG-like skill trees the player has been crafting to better execute conversation tactics is put to full use in a huge forum with a lot at stake.

I got rather excited for this moment, and I’m happy to say that The Council delivers when it needs to here. Finding yourself stuck between two sides with your previously-leveled-up skills at your disposal feels like an awesome adventure game. The plot is even set up so that this idea should return in a future episode, and I am actually looking forward to that.

Unfortunately, the lack of polish I mentioned in regards to Episode 2 is still very prevalent here. During that great forum scene, for example, there is a 30-second-or-so period where the character speaking in front of everyone just…isn’t moving his mouth. Then, things start clipping into the chairs like crazy. Missing the details is the easiest way to turn an engaging moment into the exact opposite.

It’s more than just that, too. There are multiple moments in the same conversation where the subtitles and audio are wrong. Now, I get it, sometimes they don’t always match up. But both times, the character is saying super important numerical information. It was incredibly confusing, and I wasn’t really sure which number to go with.

Again, I feel the need to mention that the voice acting for the main character continues to make great scenes awful. An otherwise emotional moment turns into an “ugh, right” as soon as he opens his mouth and tries to sound like…anything, really. Listen, he does fine when he’s supposed to sound snarky or logical, but anything else just falls way short of believable.

Another dialogue issue, which becomes exacerbated in this episode, is the inability to skip dialogue that’s already been said once. There’s a (quite good) puzzle at the very end of this episode that requires a lot of back-and-forths. Constantly cross-checking items results in a lot of repeated dialogue that you’ll have to listen to. Every. Single. Time. It can become super frustrating, and led me to prefer a “guess and check” method rather than actually figuring it out as intended.

After the awful showing of Episode 2, I had absolutely no expectations going into this one. But hey, I came away relatively pleased and somewhat looking forward to what is to come next. The underlying issues that have plagued every episode thus far still persist here, but at least The Council is finally utilizing its strengths in the best way possible, despite its flaws.