Go ahead, make my day

My life’s earnings are stashed away in my vault. Well, half of it. As an added security measure, I’ve given my wife half to hold on to and protect with her life. I’ve built my house in such a way that I feel pretty confident that my belongings are safe. At the very least, my wife and kids will be safe behind the protection of my pit bull, Tiny.

I come back later in the day to find that a few vagabonds tried, and failed, to steal my money. Their loss, my gain. They died, I thrived. I come back the next day and find that my walls have been sawed through, and my money stolen. I check on Tiny: drugged. My family? All dead, no, murdered. I have nothing left. I check the security tapes, though I’m not really sure why. I don’t care for revenge, though I can’t say the thought is absent in my mind. Standing in what’s left of my house, I take it all in and kill myself. 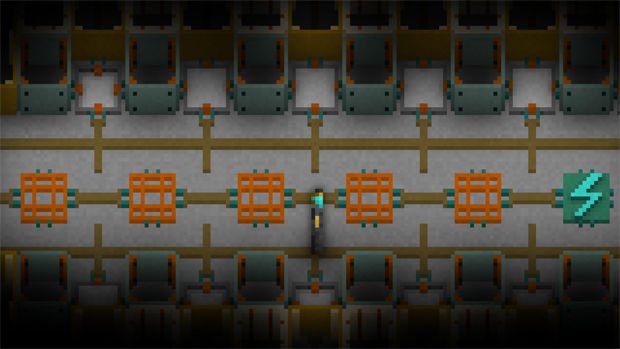 This type of situation is actually not uncommon in The Castle Doctrine, aptly named after the law excusing the use of deadly force to defend against an intruder. Each player starts the game with $2000 and a family. The money can go towards building a house and securing the vault, and/or buying tools to raid other people’s houses. There are a lot of mechanics at play in Castle Doctrine, none of which are ever explained. Expect to use the wiki to learn anything.

Building a successful house means using tricks and mind games to kill anyone who attempts to break in. Traps like electric tiles and pitfalls can be combined with pit bulls and dead ends to bring an intruder to their untimely demise. As mentioned, it will take some wiki reading to understand how most things work, but most of it is easy enough to comprehend. There are plenty of complexities available though, as electric wiring, pressure plates, and animal AI can be utilized in such complex and imaginative ways that even when someone has explained it all, I still don’t quite grasp it.

So why not make the vault impossible to get to? I’m glad you asked, dear reader, because Jason Rohrer has thought of that. After building traps and mazes to protect the vault, each player must prove that it’s actually possible to actually get to the vault by robbing it themselves. If they die in the process, everything is lost and they must start from scratch again.

When not building a house, the player can choose to spend their time attempting to rob others. Tools can be purchased to aid in the crime, such as saws to cut through wooden walls, water to short circuit electricity, or ladders to step over pitfalls. It’s hard to know what each house will have in store, so it’s good to be prepared. If a player dies while robbing someone, they lose everything, including their house, and the house owner gets all their remaining tools and their bounty, decided by how many houses they’ve robbed prior.

To rob, players are presented with a list of everyone’s house. Displayed is their name, how much money they have, how many have tried to rob, and how many have died trying. Using this information, players must choose a house that they think they can successfully steal money from. After a player makes an attempt to rob your house, it is possible to watch the security tape of their attempt. Doing so can show you an oversight you may have made and the effectiveness of certain traps.

That is, more or less, all that’s going on in The Castle Doctrine. Rob or get robbed. It’s how players use these tools at their disposal that makes Doctrine an interesting product. Your first house is going to suck, you may as well come to terms with that now. But you will likely learn quickly, either from your mistakes or the proficiencies of others. Robbing houses always has an extra benefit: discovering traps and ideas you may not have thought of before. Imitation is the sincerest form of flattery. 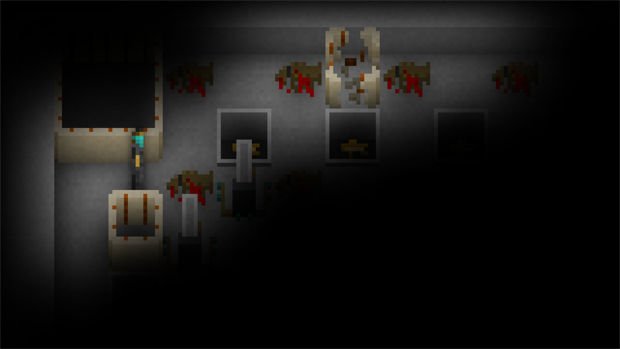 A successful robbery often depends on two things: correct tools and luck. It’s the latter that can really damper a player’s motivation. Why should I even bother entering most of the successful houses if, when they’ve done their job, I have a very small chance of success? Well, the answer to that would be to take down one of the “big guys” and, in turn, become one. If you don’t have grand ideas for your death house, there’s very little motivation to keep going once the idea and novelty begin to wear off. Stories like the one I told become pretty common and begin to lose all impact after a while.

But maybe that’s the point. Have I become desensitized to violent robberies and homicide? Has suicide just become part of a “game” at this point? My family members have names, and they are my family, why aren’t I protecting them better? If I send robber after robber into houses with reckless abandon, am I no different than a leader of a terrorist organization, sending others to die for my cause?

I’ve considered all these questions, and they were, for the most part, my motivation for getting better. I wanted to protect my wife because she’s my wife, but also because she holds half my money and I don’t want to lose money. It is, however, very demoralizing to set up a decent house, only to have someone with more money and knowledge of game mechanics stroll in and rob you blind without blinking twice. That’s life I guess.

There are some rough edges concerning the game itself, too. I’m not sure why the game’s window can’t be resized, but it’s locked at a rather small size. This forces the house list to display a paltry amount of options at a time, forcing the player to slowly scroll through the list, which starts at the most expensive house. Since new players won’t want to rob the expensive houses, prepare for a lot of scrolling early on. It also means you can’t see much of your house when creating the layout. I didn’t even know my house was more than a single screen size for far too long. 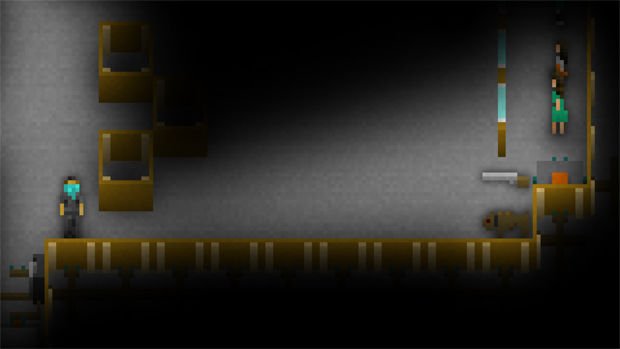 In Castle Doctrine, there are the Haves, and the Have-Nots. Everyone begins as a Have-Not, and the Haves can come at any moment and ruin their lives. It takes a lot of work to move up the ladder, with not much motivation to invite you up. Ideally, you want to protect your cash and your family because that’s what people do. In the end though, most will only care about mechanics, which can certainly keep one entertained.

The Castle Doctrine is certainly an experience unlike any other, but I also find it hard to recommend since it’s so obtuse and seems to want to put new players at a huge disadvantage, increasing the skill gap between the best and the worst. Intense research and work must be put forth to succeed, but there’s no real motivation except bigger and better death traps. If you have a penchant for creating complex death traps with a limited toolset, The Castle Doctrine may be just for you. Otherwise,do some research before moving into the most dangerous neighborhood of all time.