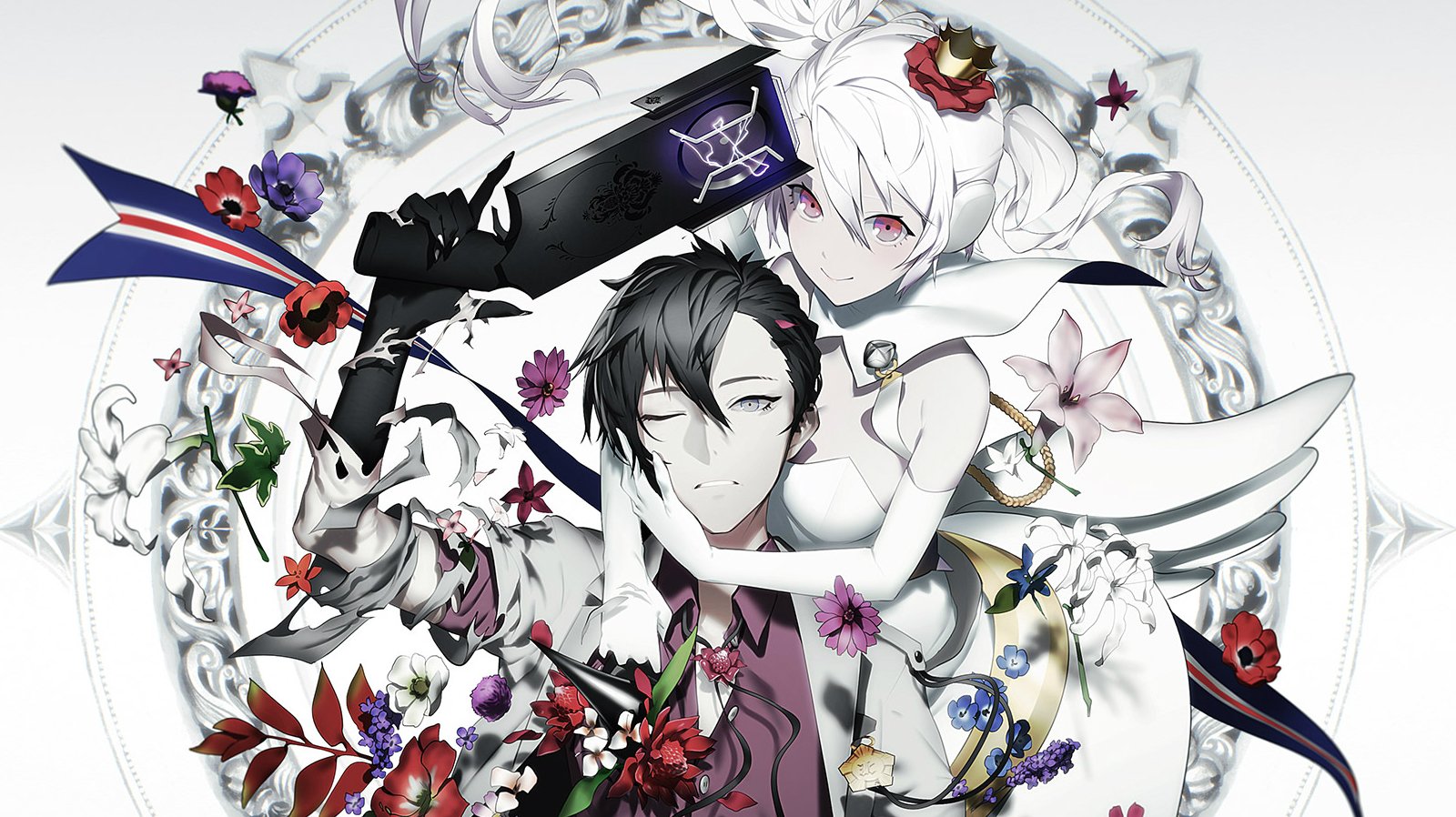 I would understand if you decided to stop reading now. 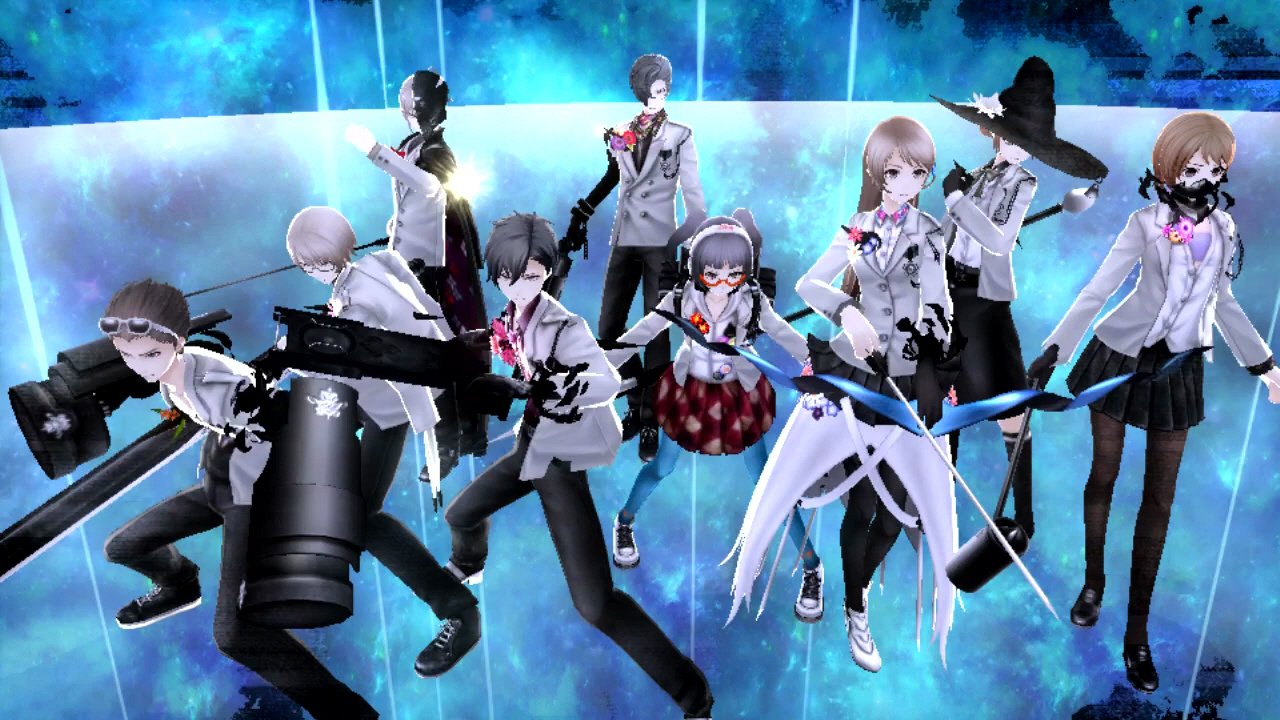 In case you’re wondering just what the titular “Caligula Effect” actually is, you can read the game’s digital manual to find out their interpretation of this slightly obscure psychological term. Oddly enough, this information is treated as a huge spoiler, so out of respect for that, I won’t elaborate on it here. Still, reading the manual is good advice, as The Caligula Effect is brimming with cool ideas that aren’t explained all that well in the game proper.

It’s those cool ideas, and Aquria’s ability to execute on them, though, that lead me to think that “The Icarus Effect” is a more appropriate subtitle for the game. Like the mythical youth that flew too high, The Caligula Effect is a prime example of one’s reach exceeding one’s grasp, as its actual systems and mechanics fail to live up to the sheer ambition of the genuinely fresh, creative ideas underpinning them.

If nothing else, no one’s pretending the bury the lede, here. Within minutes, the unnamed protagonist is clued into the fact that not all is right with his world. Indeed, the premise of The Caligula Effect would remind anime fans of a more sci-fi take on Angel Beats! For those lacking that particular touchstone, imagine what would happen if virtual idol Hatsune Miku pulled a Sharon Apple, and became sentient. Then, imagine what would happen if she decided that the best way to go about things would be to kidnap everybody and put them in the Matrix – for their own good, of course.

That’s pretty much the setup, though the virtual idol in question here is called μ (pronounced “Myu”), and the Matrix is “Mobius”, a place where everyone, young or old, male or female, fat or thin, manifests as their ideal self, which just so happens to be an attractive high schooler. The exceptions are the player, and his companions in the Go-Home Club, a passel of teens who can see Mobius for what it is and are determined to return to the real world. Standing in their way are the Ostinato Musicians,  μ’s elite squad of composers determined to protect the status quo and keep anyone from getting out. Along the way, they’ll find out they have more in common than they realize, like a shared fondness for flower-themed accessories and personal drama. Especially personal drama. 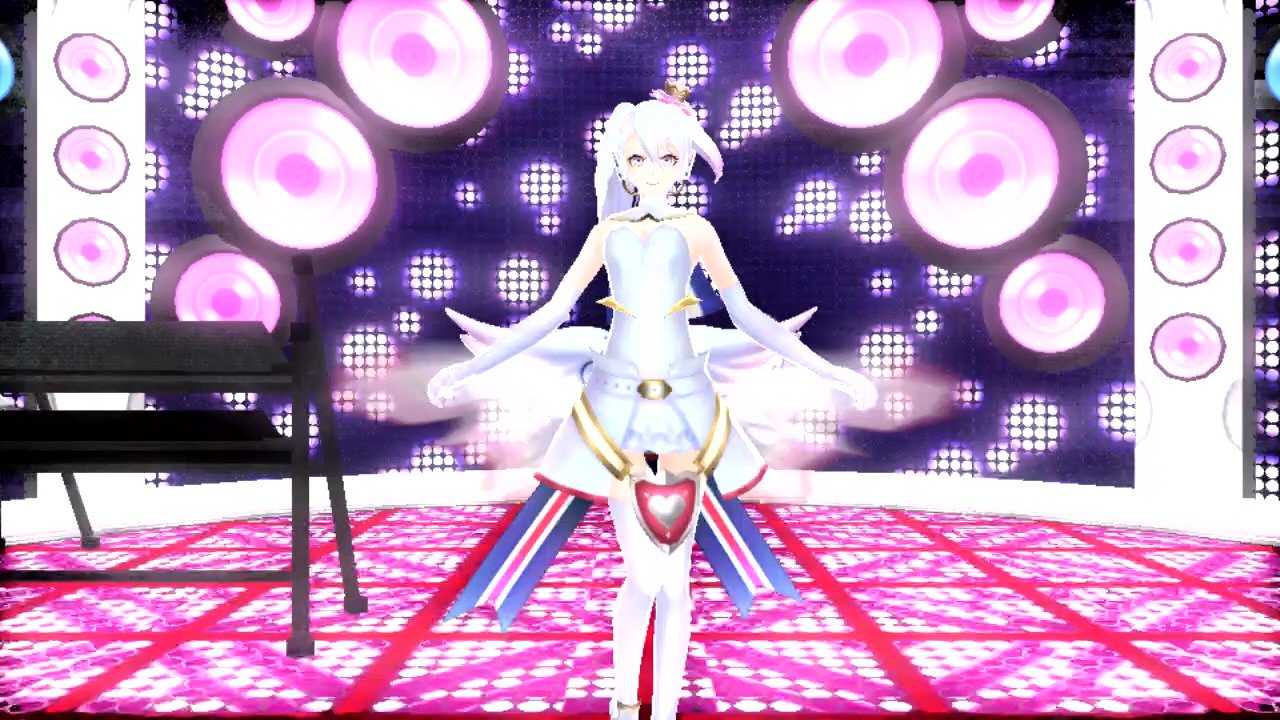 Indeed, psychodrama is the text, subtext, motif, and theme of The Caligula Effect. Featuring a narrative written by Tadashi Satomi, who wrote the scenarios for the original Persona titles, the game feels like what we’d get if someone tried their level best to make a Persona game unmoored from the Megami Tensei umbrella brand, no longer riding Carl Jung’s coattails.

If Persona was too subtle for you, The Caligula Effect is a game where player equipment is divided into three categories: “Manifesto”, “Core Belief”, and “Traumatic Memory”. Their attacks are called “Catharsis Effects”, and they manifest their superpowers by literally tearing off bits of their bodies to expose blackened, monstrous-yet-fashionable weapon-wielding limbs (and occasionally a jaunty hat). Heck, everyone’s profile includes an entry for “Surface Trauma” and “Deep Trauma”. That’s what we’re dealing with, here. 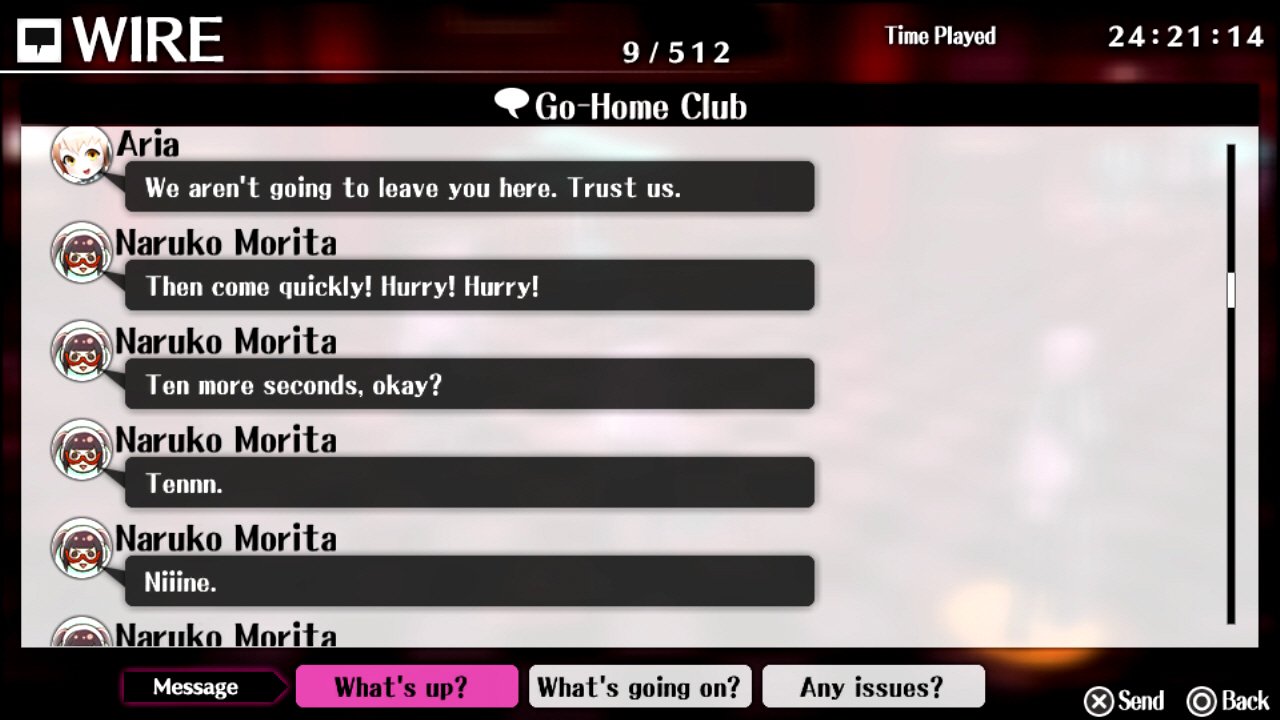 At a stretch, this emphasis on emotional troubles feels like a ready-made justification for many of the game’s more troublesome elements. What’s with this main character going on a really tone-deaf fat-shaming spiel? Well, she’s not in Mobius because she was a saint, of course. Hero and villain alike, the people in μ’s world are here because they’re problematic! Why is the world so lifeless and dull looking? μ is a music program, she doesn’t know the first thing about effective level design! The list goes on.

Humor notwithstanding, these asides and the “character episode” stories that serve as rewards for the player’s use of the social system are where the narrative shines best. The stories take advantage of the fact that these kids in the cast are merely idealized representations of their real-life selves. Thus, the stories cover a wider scope than usually found in teen-centric JRPGs and anime, and the revelations can come as genuinely affecting surprises at times. By contrast, the main narrative is less interesting, if only because the concept of a misunderstood villain whose evil stems from personal issues is a well-worn one. 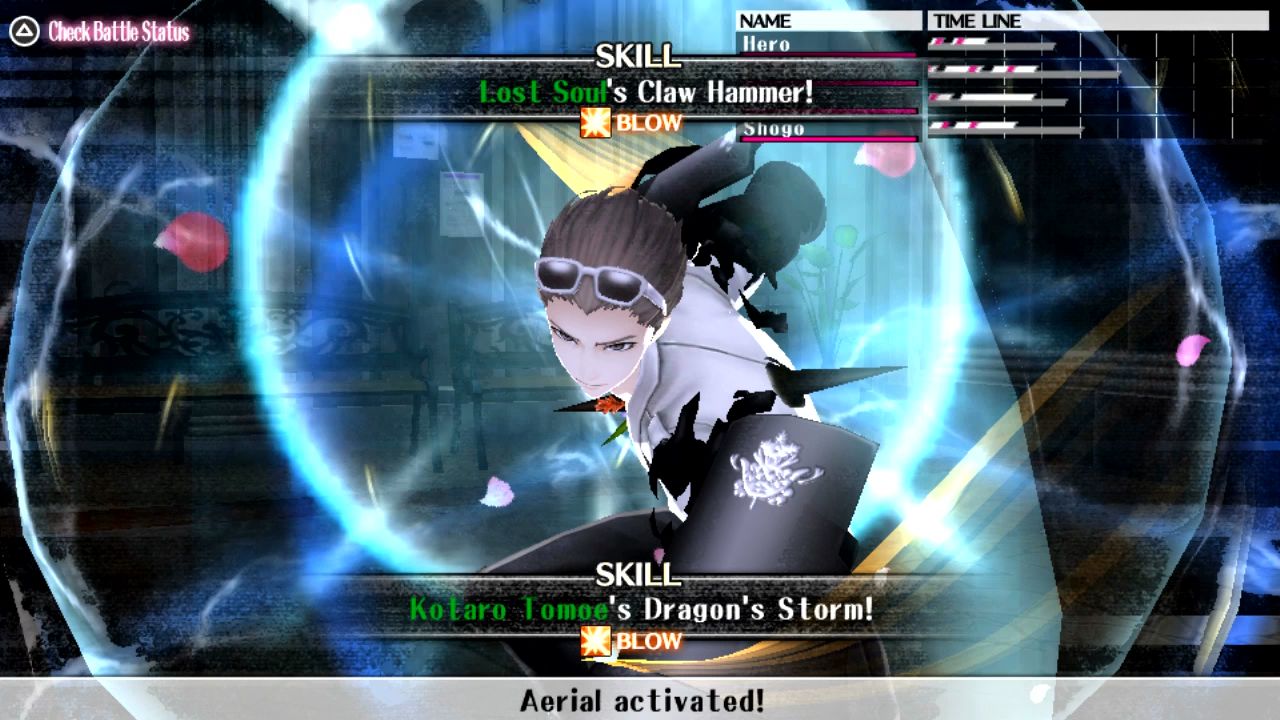 The Caligula Effect‘s real party piece, however, is its brilliant battle system. I might be a bit biased, but beat for beat, Aquria’s system practically matches a “perfect JRPG” design concept I once came up with in high school while thinking of a sequel to Final Fantasy VIII. It’s best described as a hybrid of turn-based combat and the Active Time Battle system, but it also brings in some of the concepts from combo-centric games like Project X Zone or Endless Frontier.

At the beginning of combat, each character can string together up to three actions, each of which takes some time to animate, and costs skill points to trigger. Combining actions in certain ways or using buffs can speed up execution time or eliminate buffer frames. Different attacks can launch enemies into the air, knock them around the stage, or cancel their attack animations. Different characters also have different specialties. Kotaro, with his heavy gauntlets, is great for moving in quickly and launching a foe with a hard uppercut, while the cannon-wielding Shogo hits hardest while an enemy is in mid-air. The versatile protagonist does best when keeping enemies off their feet, while supporters like Kotono with her bow and Mifue with her hammer work best by manipulating the enemy’s “risk factor”, increasing the chances of triggering a launch or dealing extra damage.

All of the above plays out in a predictive preview mode, where players can check the likely results of their actions to set up the perfect juggle or combo. The results aren’t 100% reliable, though, as stronger enemies may have hidden talents or simple luck of the draw to foul up a player’s prediction. Combined with free movement and the variation on each character’s skills, The Caligula Effect brings what might be the freshest battle system in ages. 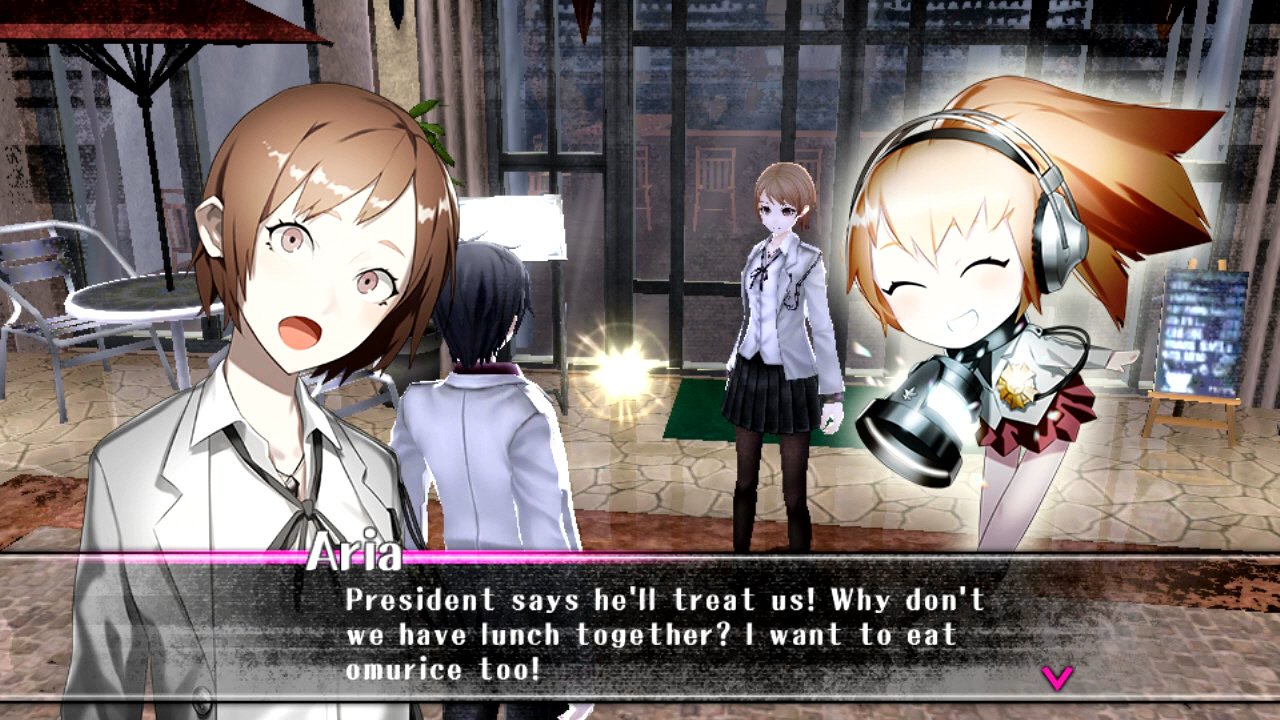 The trouble is that all of the above feels sadly wasted on the game itself.

Though the character episodes can occasionally surprise, the majority of them are typical anime dramatics, and largely fail to plumb the potential of a game that so clearly wants to encourage the notion of grappling with one’s own worst impulses. Worse still, they’re presented with barely any flair, landing with all the impact of a Wikipedia entry.

This is down to the fact that The Caligula Effect can’t seem to give players the time needed to latch onto the characters, thanks to its barely-there social system. Called the “Causality Link”, the marketing trumpets the system as a way to form relationships with all five hundred students in Mobius, allowing players to summon them into the party in place of the leads. Unfortunately, the system itself is about as shallow as a tea saucer. “Forming a relationship” consists of spamming the “talk” button in front of a character over and over, while they cycle through a selection of conversational bookends and build a friendship gauge. At a certain level they can be added to the party, and fulfilling a basic side quest (usually a fetch quest of some sort), will reward some passive abilities for use by the player. Veterans of Aquria’s oeuvre will recognize this system as lifted practically wholesale from Sword Art Online: Hollow Realization (also by Aquria), and it’s as inconsequential here as there. 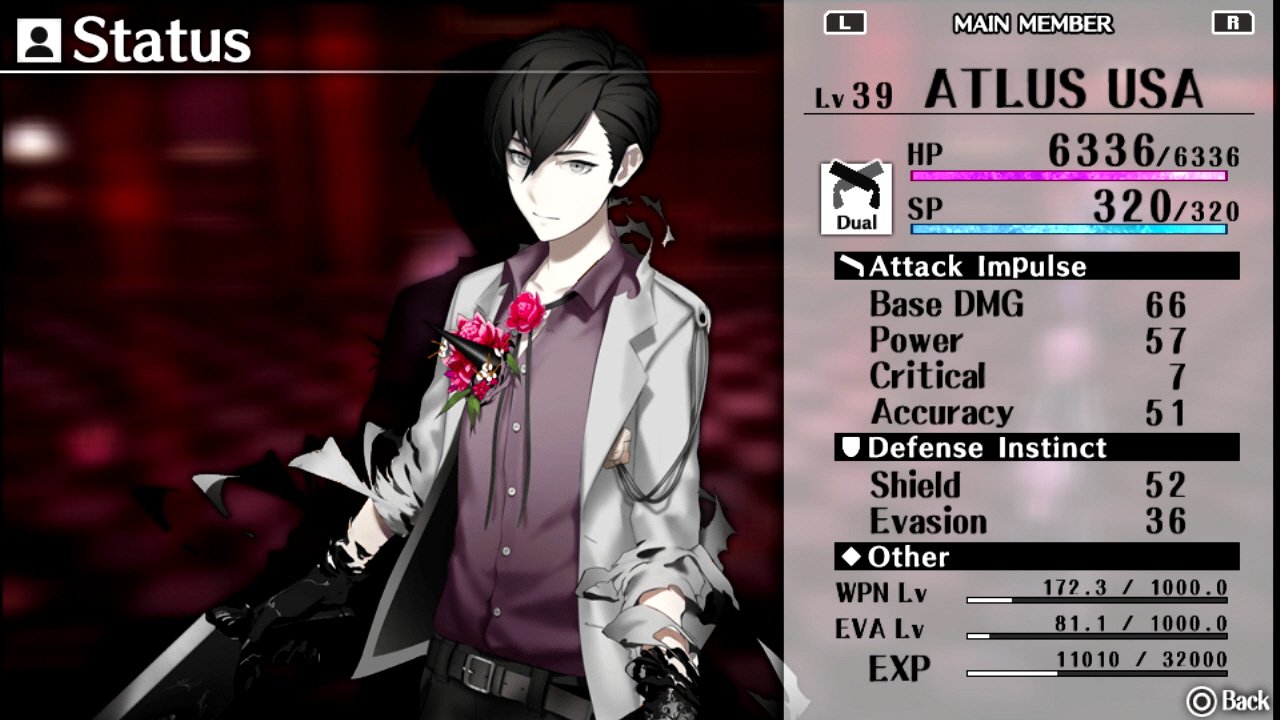 Similarly ill-conceived design decisions also undermine the appeal of the battle system. The ability to so intricately coordinate the party’s actions would be great in a tactical game, or even in an RPG with a more restrained approach to encounter design, but in The Caligula Effect, it’s inflicted upon environments drawn straight from Shin Megami Tensei‘s dungeon-crawler template. Though not randomly generated (thank goodness), the samey corridors of Mobius crawl with hostile enemies, of which there seem to be about half a dozen varieties in toto. Ideal strategies quickly make themselves known, but battles resolve no faster because of how long it takes to assign, preview, and coordinate every single action. Even a simple battle against a single similarly-leveled foe can take a couple of minutes to get over with, and before long players will be running past as many enemies as humanly possible just to keep from getting bogged down in never-ending encounters.

One saving grace might have been the bosses, which can resist many of the more common tricks and feature unique gimmicks, but the act of getting to them is an ordeal of backtracking across multiple floors of slowly loading, identical-looking labyrinths trying to solve brain-dead switch puzzles (i.e., the “puzzle” is finding and pushing a button on the other side of the level). And there are only a handful of the bosses to contend with over the course of the game.

Even the soundtrack isn’t immune to undermining itself. Featuring compositions from popular indie composers like Oster Project, 40mP, and Polyphonic Branch, the background music is of high quality and pulls a neat trick by having the vocals of each song fade in and out seamlessly whenever battle kicks off. This is great, but the problem is that there only seems to be one fairly short background loop for each dungeon. Further, the songs themselves are usually too high-energy to be tolerable for the lengthy hours demanded of a JRPG dungeon grind. I never appreciated effectively looped background music before, and I learned to resent its absence as I played The Caligula Effect. 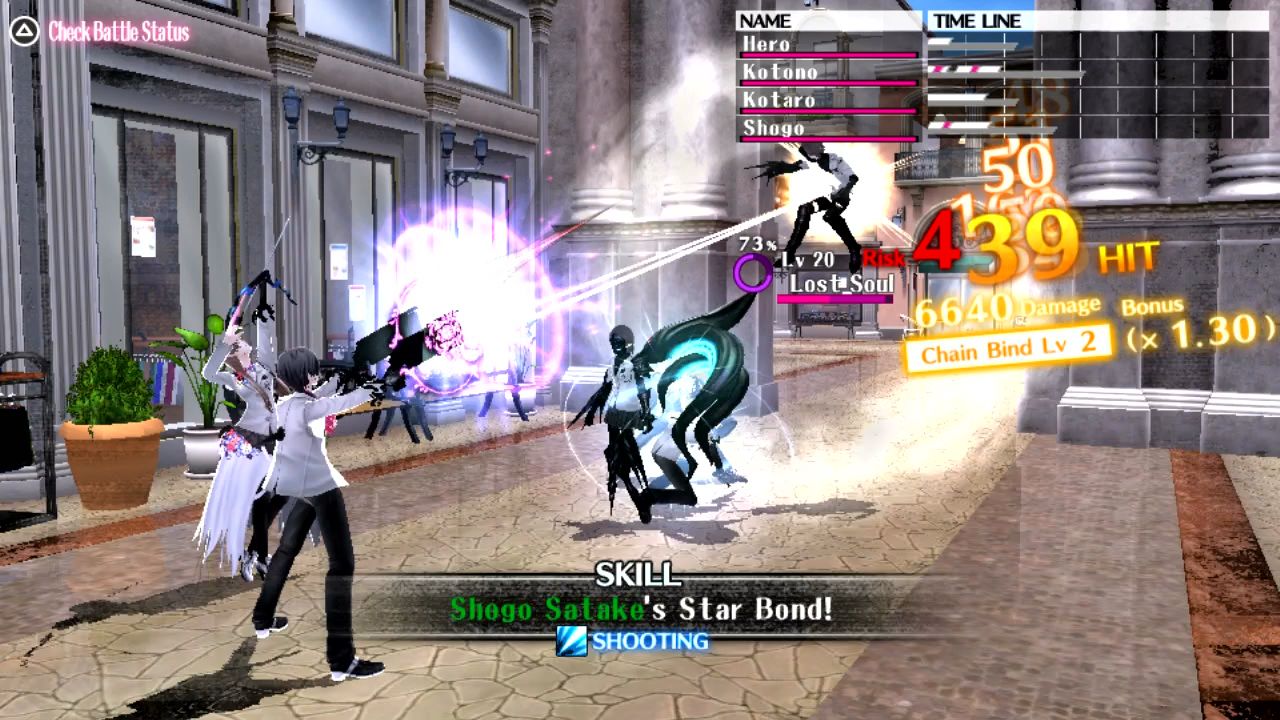 All of the above is exacerbated by considerable performance issues. Lengthy loading sequences and a framerate that seems to drop into the PlayStation 1 era during busier battles just turns the frustration into bitterness. Much as I love the PS Vita, it can’t handle this game, and it shows all too painfully.

I wish I didn’t want to like The Caligula Effect as much as I do, but it’s just tragic how far it falls from its own obviously lofty goals. For a game about a virtual world where everyone appears as their best possible self, The Caligula Effect is a walking worst-case scenario, representing the most disappointing possible execution on the huge potential of its best ideas.