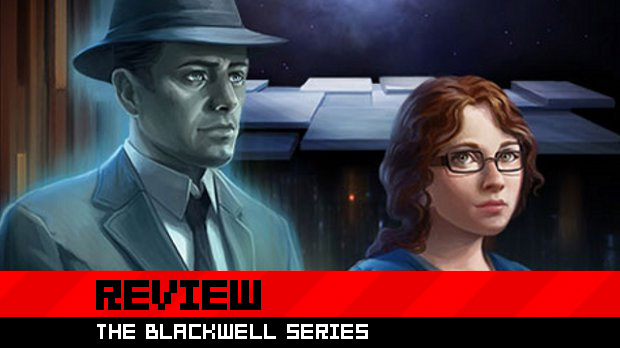 Point-and-click adventures were big in the ’90s and Wadjet Eye Games looks to bring them back with the Blackwell series: four episodic games that follow a reluctant detective and her ghostly relative. Each game tells another part of the story, and opens up an interesting and dangerous world of obnoxious and stubborn ghosts, weird and entertaining people, and clever mysteries.

In The Blackwell Legacy, you meet Rosa and Joey, then jump back twenty years in Blackwell Unbound to get to know Rosa’s aunt Lauren. Blackwell Convergence brings you back to the present with a more knowledgeable Rosa and the most recent installment, Blackwell Deception, shows you that there is far more going on than you would have initially guessed. Each of these titles is a story. Keep reading to find out how well these stories are told. 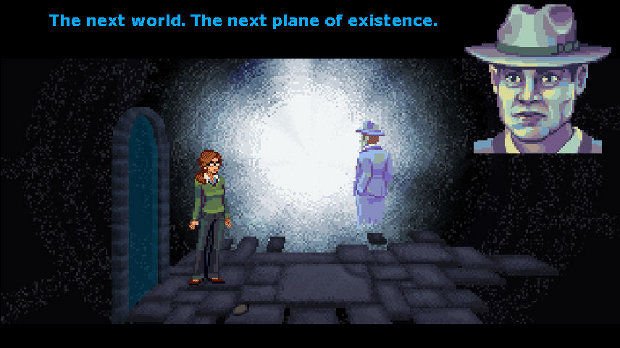 The Blackwell series, which consists of four games, is a throwback to old point-and-click adventure titles. As such, the controls and mechanics are pretty simple. Left clicking interacts with objects and people, as well as directs your character where to go, while right clicking examines items and objects. There is an inventory that houses all of your items, whatever oddities you collect during your adventure, as well as the notebook, which will be your most frequently used tool throughout all of the titles.

The notebook does more than just collect clues — it’s how you will interview or question other characters during dialogue, including conversations with your companion. Your character may also go over the clues on her own, musing about them and possibly giving you an idea of to where to go next, should you get stuck. There is a lot of dialogue — which should not come as a surprise at all — and you will be using the notebook a lot, for almost everyone you talk to. These are not the only tools to help you solve mysteries though; using the phone, phonebook, and computer will also come in handy from time to time.

The phone and phonebook should be pretty self-explanatory and you will use them to call people and look up numbers and addresses, respectfully. The computer will allow a bit more variety as you will be able to check — but not respond to — emails and do searches, effectively replacing the phone and phonebook. Unlike with real Internet searches, however, the game doesn’t make you wade through hundreds of false leads to find the one you are looking for. If you type in the correct search, you won’t have to do any more digging than that (if you’re looking for realism, you probably shouldn’t be playing a game that revolves around ghosts). 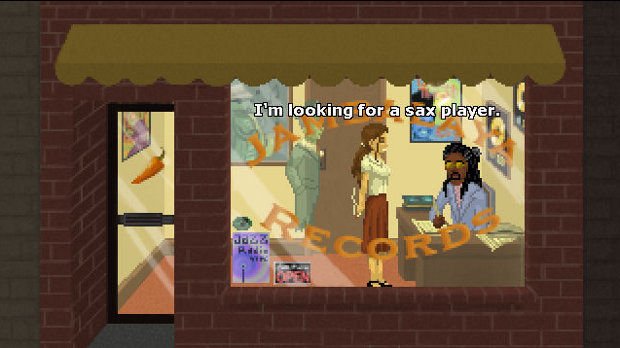 Each of the four titles is a somewhat self-contained story, but there is a larger story arc that encompasses all four episodes as well. If you decide you are only interested in one or two of the games, you can play without being too lost, but you won’t get the full meaning behind events and (some) characters. This is especially true with games two and three. The first game, The Blackwell Legacy, introduces you to Rosangela Blackwell, a struggling writer who is going through a bit of a rough patch in her life. You will also meet Joey, Rosa’s sidekick. There are a few other resurfacing characters, but Rosa and Joey are the two main ones. You will also be introduced to Rose’s aunt, Lauren, who is only spoken of and never met.

In the second game, Blackwell Unbound, you get to play as Lauren since the game is a prequel. The second game also introduces something to the series that the first game lacked: the ability to switch control between the main character and Joey. In addition, Lauren’s story takes place a number of years before Rosa is even born and so the sleuthing is done a bit differently. There are no computers or cell phones, so Lauren will use different methods to track people down.

Blackwell Convergence, the third title in the series, brings you back to Rosa and Joey, and the story is a direct follow-up to Blackwell Unbound, so if you were thinking of skipping an installment, it would probably be a bad idea to skip this one. (Unless you’re looking for serious immersion and want to be as clueless about events as Rosa.) The last game so far is Blackwell Deception, which hints at a much larger story than what you’ve seen so far. Since it is the newest, it is also the most polished. That isn’t to say any of the others were bad, but game four feels the most streamlined and easy to get a handle on. Rosa gets technological and instead of a notebook and computer at home, she has a smartphone that can keep track of clues as well as search the Internet, make calls, and check email. While it may not seem like much, the change is a big one and quite welcome. 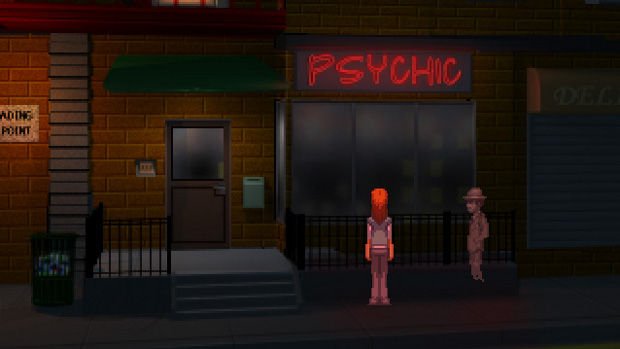 Playing the games in order has another benefit, besides the main story. As you play each title, you will come to know the characters better. Without giving anything away, each of the mysteries is interesting as well, and by solving them, you are given more insight into the supporting characters.

The puzzles involved in solving the mysteries vary in both difficulty and length. Some are more obvious than others, and some will really test your powers of observation and your critical thinking skills. There were a few times that something mentioned in a completely different context was relevant to solving a puzzle later on, and it took a little while to put two and two together, but because these games are so linear there is no way to get truly stuck in figuring something out. If you feel as though you’ve come to a dead end, you can go back and talk to everyone, try combining all the clues in your notebook or rechecking your inventory until you figure out what you’ve missed. And once you’ve figured out the next step, it will seem incredibly obvious. None of the puzzles were ever dull or silly though, and later games had some especially interesting little challenges to solve.

The writing is where this game truly excels. The characters are interesting and fun, there are some great jokes and (I can’t tell if this was done on purpose or not) there are some rather perverted moments. Not all of the dialogue is inspired, and there are a few fairly cheesy or cliched moments, but the mysteries you must solve, and the stories you dig up in the process are genuinely captivating. The overarching story that connects all four games is also something to look forward to. There are some plot holes, and one or two things that don’t make sense (how does a ghost make a phone call?) but the tale isn’t complete and those things may be explained later in another game. 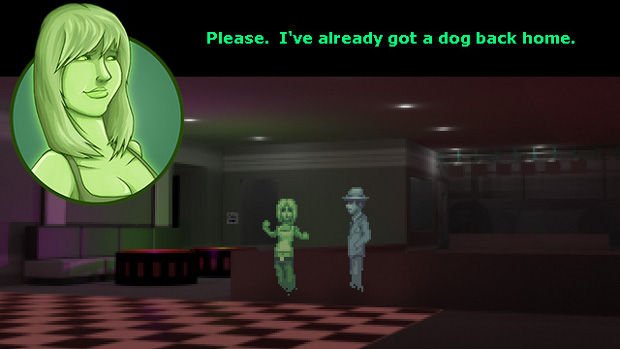 Unfortunately, as good as the story is, there isn’t really much replay value there. Once you’ve completed a chapter, there is little reason to go back. You can replay a game for the commentary (which is interesting) or to get all the achievements, but that’s about it. There are different dialogue options, such as the tone you want to take in a response, but that doesn’t usually seem to actually affect much of anything other than if your character’s attitude will be doubtful, aggressive, or sarcastic (to name a few examples). There are a few times when your choices do lead to different dialogue options, but the end result is always the same.

While the stories, and most of the dialogue, are rather good there are some things (besides the lack of replay value) that hurt the games. None alone are that terrible, but together they can be a huge headache. One such problem is a glitch that breaks dialogue if you shift+tab to do anything else on Steam. If you have the games outside of Steam, this isn’t a problem, but for those of us with Steam, good luck shift+tabbing out. Another issue, which is addressed in the later chapters, is reading. There is a bit of reading in the first game and because of how the graphics are handled, reading is a bit of a challenge. That isn’t to say it’s impossible, but little things like this tend to detract from the overall experience.

One of the biggest disappointments was interaction between the two main characters. In the first game Rosa is able to question Joey about her family and history, but after that, the interaction is incredibly limited. While you do learn about both characters as the stories progress, its a shame that there aren’t more chances to have the two main characters interact directly. In a game so heavily focused on dialogue and character interaction, it feels incredibly strange that the most important characters are so limited in how they can interact with each other. Rosa and Joey can discuss notes they’ve gathered or talk about the next step in the case they’re working on, but selecting the option to just chat provides a few lines of conversation that you do not get to be a part of at all. Joey has an interesting relationship with Rosa and Lauren in the second game, and while you are given glimpses of it, they are small and oddly confined. 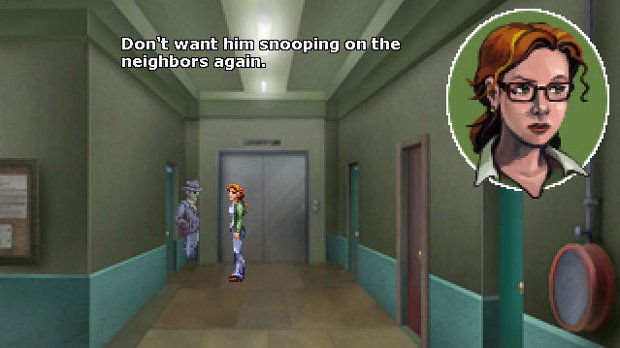 The other major disappointment is the length of the games. The first three are each about two hours long, while the fourth one is about three times that. Although they are episodic, which means they should be shorter than a full length game, two hours doesn’t feel like enough time with the characters. The fourth game, Blackwell Deception, tells a longer story, and hopefully future episodes will be longer as well, but I would have liked to see more in the other three.

All in all, however, the Blackwell series does much more right than it does wrong. The ’90s point-and-click adventure vibe and pixelated artwork are great for nostalgia and are charming, rather than annoying or outdated. The voice acting is rather good and the voices fit the characters well — one example of this being the Countess whose voice is absolutely perfect. It’s also worth pointing out that these games were made over a number of years, and by playing them in order you are given a chance to see a bit of how the story, creator, and game mature over time. Certain things, such as the inventory, remain the same across all four titles, in contrast to things like the area map, which changes with each new game.

The Blackwell games tell an interesting and vast story that spans generations. They aren’t for everyone (and if you’re looking for a game that will put your new video card through its paces this certainly isn’t the right game for you) but Wadjet Eye games has something really good going for it here and they do an excellent job of leaving the story open for another chapter. The games aren’t perfect, but if you are a fan of point-and-click adventures, or of story-driven gameplay, give these a look.