The Stanley Parable is famous for its fourth wall-breaking narrative, taking the maligned “walking simulator” genre and showing how effective it can be in the hands of a capable designer. When writer Davey Wreden surprise-announced a new title just a few days ago, most readers expected something similar.

But The Beginner’s Guide doesn’t really break the fourth wall so much as it never puts it up in the first place. This is a collection of games, the player is playing it, Wreden is narrating, and everyone is astutely aware of the situation. That’s just how things are. At least, until it’s not. 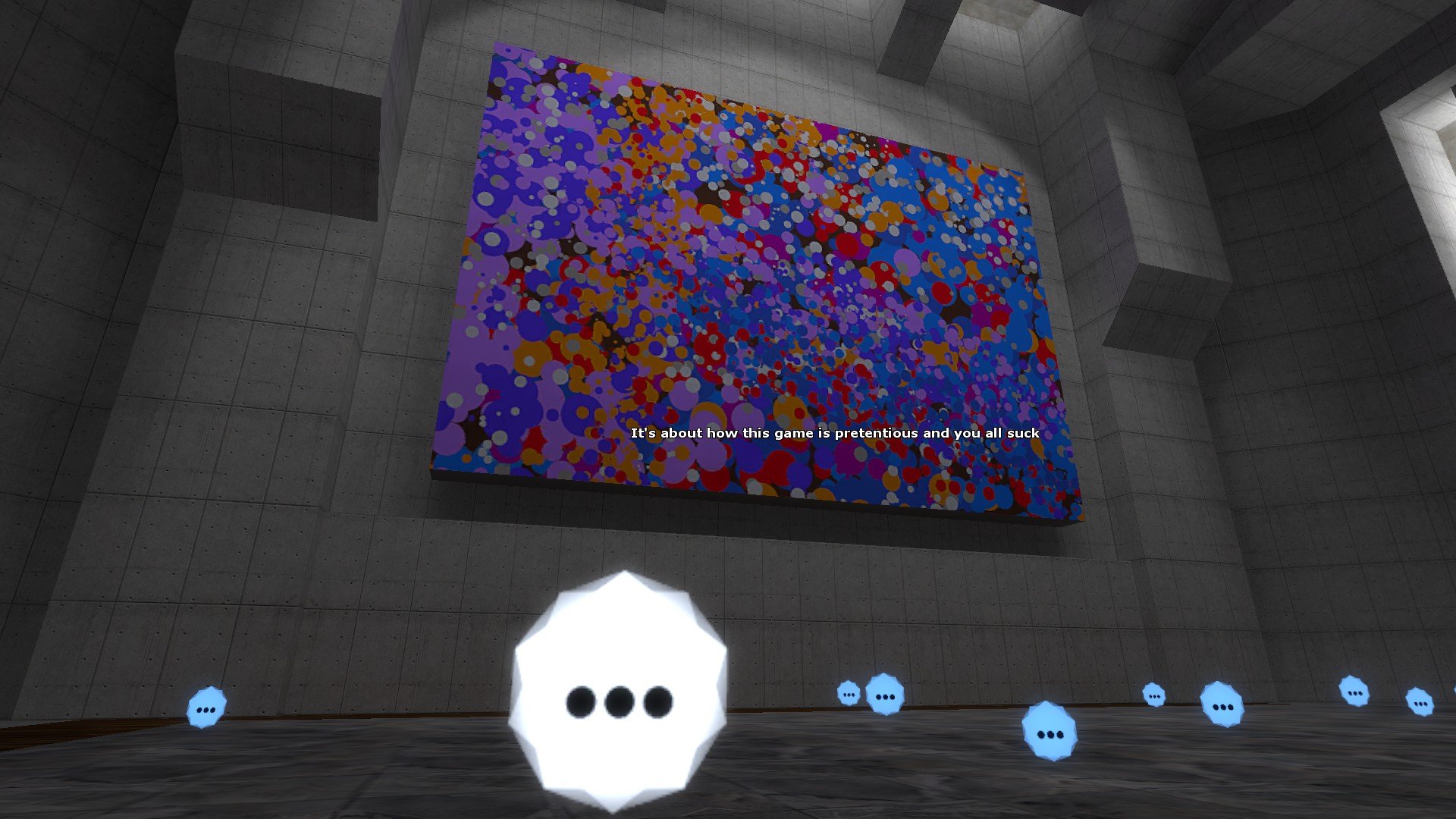 He was once friends with another game designer named Coda. Ever since meeting at a game jam, he had been fascinated with Coda’s work. Most of the games are short, five to ten-minute affairs involving walking and philosophical musing. All were built in Source, but the art styles vary. Coda never released his games publicly, but Wreden hounded him to play each one upon completion.

What we play through is Coda’s entire body of work, presented chronologically. All the while, Wreden offers insight about game design, from the nuts and bolts of the tools used to the deeper symbolism of a particular segment, whether it was intentional or unintentional.

Unlike a lot of these narrative-focused games, which allow the player to passively experience the story, absorbing or ignoring as much as desired, it’s the kind of experience that demands intellectual engagement. I mean that literally; Wreden explicitly asks the player to send him critical analysis, providing an email address toward that end.

There is exactly one puzzle in The Beginner’s Guide, and it is repeated a few times. It involves two doors and solving it requires an irreversible step. When solved, the entrance is sealed and the exit is open, providing only one possible path: forward. Wreden’s interpretation of this puzzle involves a symbolic closure of the past, marking something as “complete” and putting it out of mind. While I was playing through, my mind went to thoughts about having to take risks in order to progress and the idea of finding comfort in familiar things.

The structure provides a strange sense of immersion only a few games can manage. I am not the avatar of the character in these environments navigating through them; I am the guy sitting at his computer, playing a game while another guy talks to me about it. The story being told is a history that took place in the real world, and together we are piecing together the deeper meaning behind these weird art games. 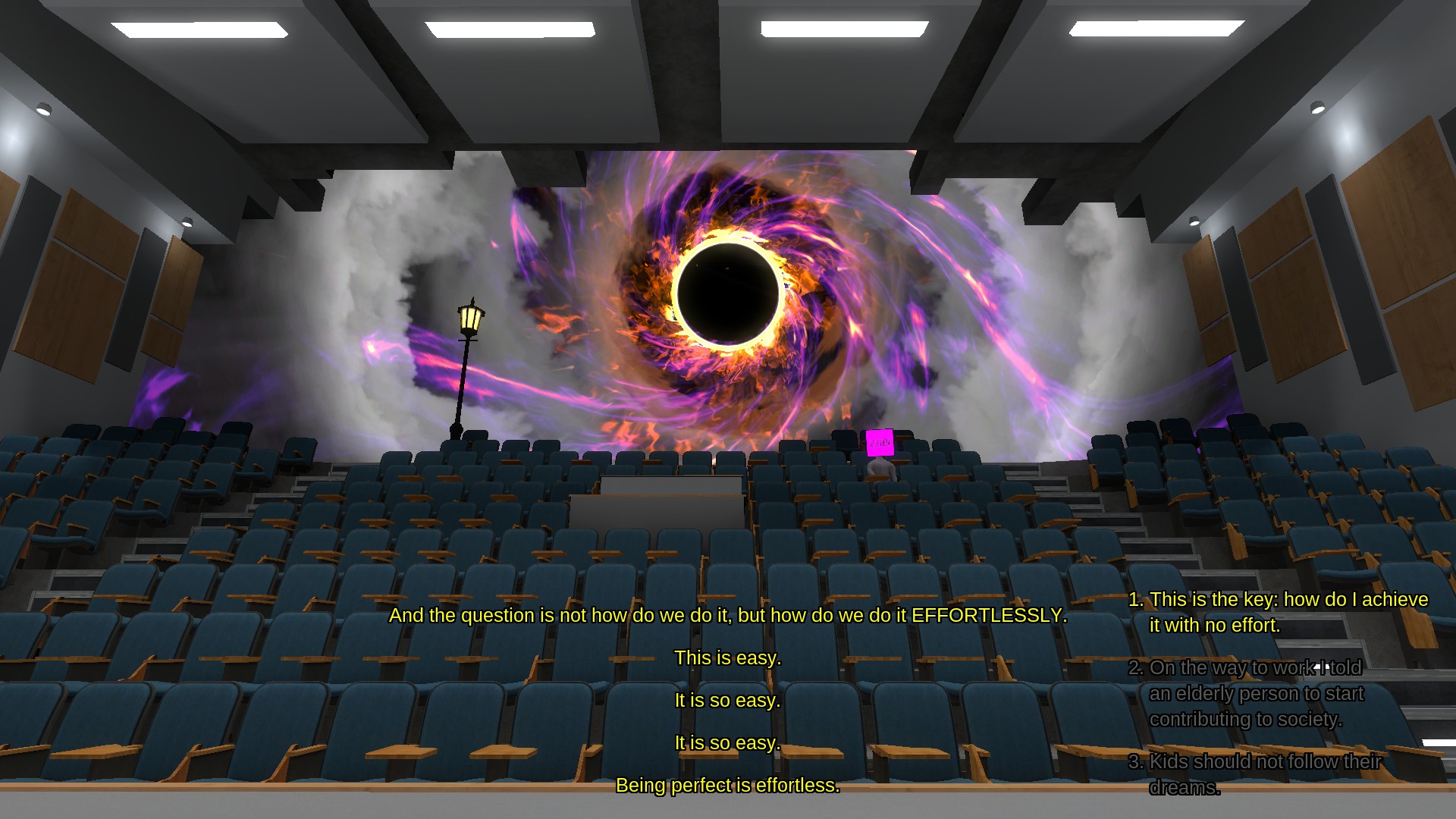 The roundabout immersion is ironic in a way. Normally making it clear the player is just someone playing a game adds a layer of disconnect. Since the reality matches with the premise in The Beginner’s Guide, it actually drew me into the meta-narrative even more closely. I realized about halfway through just how emotionally invested I had become.

I found myself marveling at Coda’s creations just as Wreden had done before me. I spent time reading every note posted in one section even after being told I didn’t have to. I wanted to understand the person who made these just as much as Wreden. I was grateful for his aid when it came to surpassing the intentionally frustrating or impossible barriers. I had to see it through to the end.

And then, just as my emotional investment hit its peak, the revelatory climax rolls in. Maybe Coda isn’t the enigma Wreden paints him as. Maybe he just wants to be left alone. Wait, maybe he wouldn’t want me playing his games. Maybe I’m violating his personal space by participating. Maybe I’m an asshole for doing things against someone else’s wishes. Maybe I’m a bigger asshole for writing a whole review about it. My involvement as just the guy sitting at his computer playing a game is non-negligible at this point. 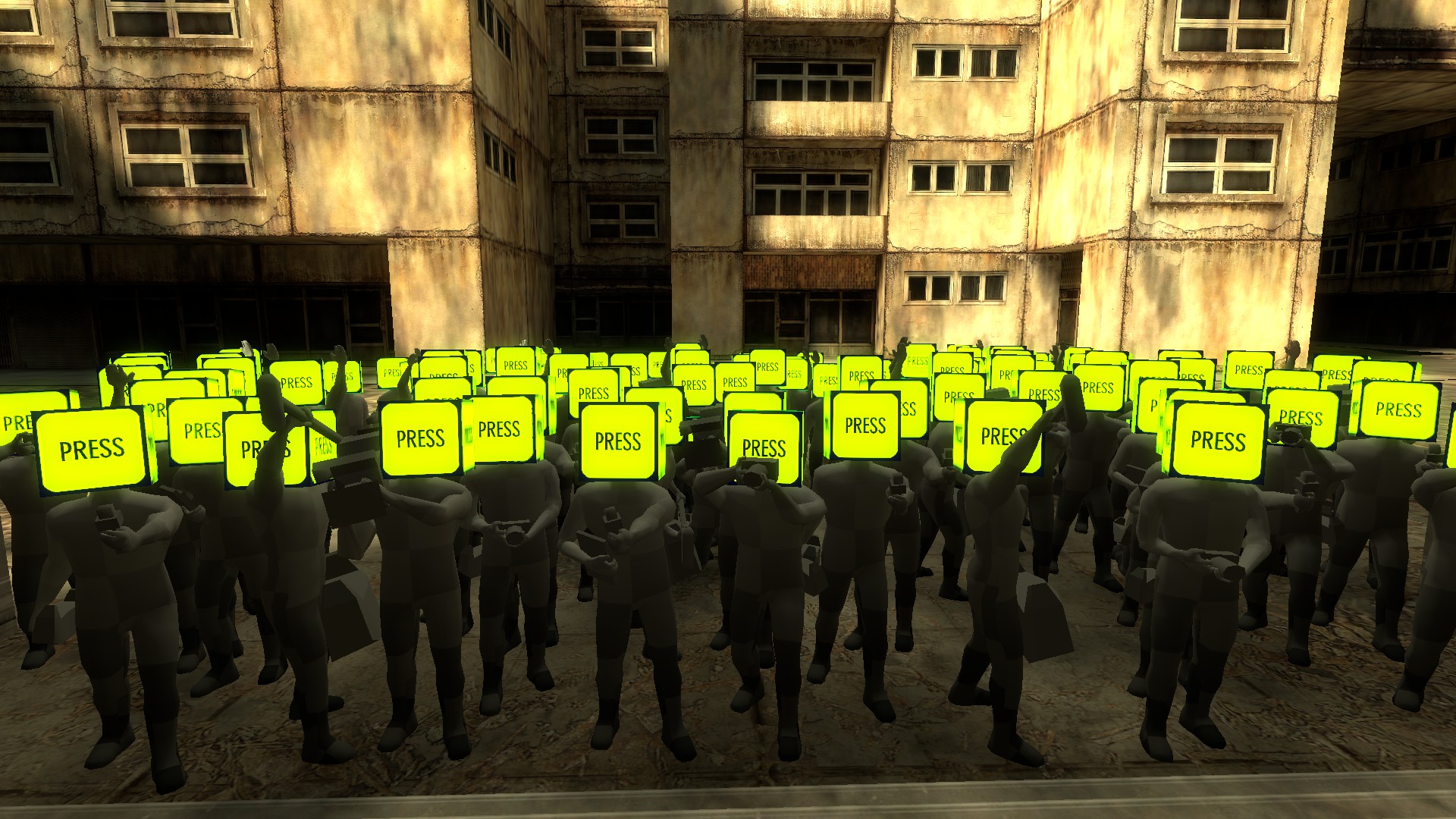 I’ve been thinking about this game a lot for the past 36 hours. It demanded I think about it, at first only superficially, but later more substantively. I mulled over a lot of questions when I should have been sleeping. I continued thinking right when I woke up. I think I dreamed about it in between. I won’t spoil with the explicit questions here, but I’m sure we will be talking more frankly soon.

On the surface, The Beginner’s Guide is a game about game design and critical analysis. Digging deeper, it provides a window into the mind of a man I might not have fully understood otherwise. It does all of this in a way only a video game could. More than anything else, it has caused me a lot of introspection, a feat few games ever achieve.