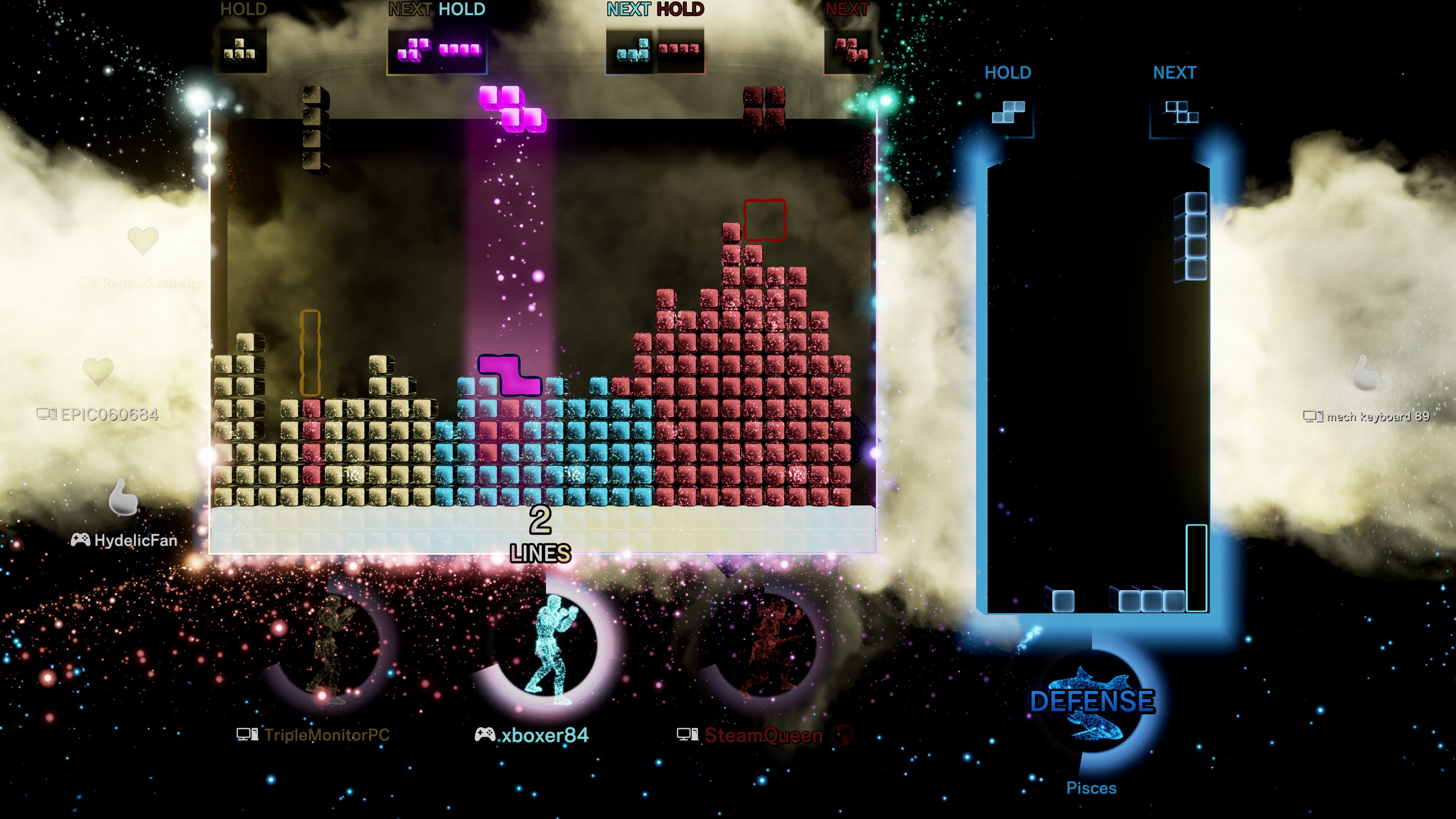 It ain’t broke, but they fixed it anyway

I’m not gonna lie, I’m not great at Tetris. Tetris Effect originally drew me in as a gorgeous VR experience, but once I got started I enjoyed trying my hand at beating the solo campaign. I was a bit unsure of what to expect from the new multiplayer update, Connected (which is free if you already own the base game, by the way), but I can tell you, even for someone like me who lacks a certain skill level, it’s a blast to play.

There are four game modes in the update. The most simple of these are the Score Attack modes, of which there are two. In just plain ‘ol Score Attack, you’re playing head-to-head with standard Tetris Effect rules in place, but no Line Attacks are exchanged. Whoever has the highest combined score after two rounds wins.

Then there’s Classic Score Attack, which has the same setup, only it’s old-school Tetris rules: no hard dropping, no holding, only one piece shown in the queue, etc. The regular Score Attack is a good option if you’re looking for “single-player competitive Tetris,” while Classic is pretty brutal, and it’s the rules players use at pro competitions.

Zone Battle is another fun addition to the traditional Tetris experience. It’s another one-on-one format, but it also incorporates the time-stopping Zone mechanic from the single-player. If you enjoyed that part of the base game, definitely give this mode a shot.

For me, though, Connected Mode was the star of the show. You and two other players go up against AI bosses, and every so often, all three of your boards will combine into one big one, and you take turns dropping blocks, trying to clear as many lines as possible. That, in turn, deals damage to the boss.

If you “die” in this mode (the official term is “Tap Out,” I learned recently), your teammates can revive you if they play well enough. I had to play online because unfortunately none of my friends have Tetris Effect (at least that I’m aware of), but I can imagine some of my buddies would love to play Connected Mode together.

There is both local and online play with friends though, in addition to the “play with strangers” thing. Tetris Effect: Connected is also cross-platform and uses a room code to get everyone hooked up, so there are plenty of options if your squad plays Tetris together for fun.

Just when you thought that’s it, there’s more too. That’s right, there’s bonus features! This includes the highly requested Spectator Mode, which allows between four and six additional players to watch from the sidelines. PAL Mode is also a new addition, which replicates the feeling of the European PAL format from the NES Tetris game, so you get a lower framerate, faster horizontal movement, and faster dropping speed. On the flip side, we also got a Slow Speed Mode, and that’s exactly what it sounds like. Plus there are performance vs. fidelity options, so you can customize your play experience exactly how you want it. 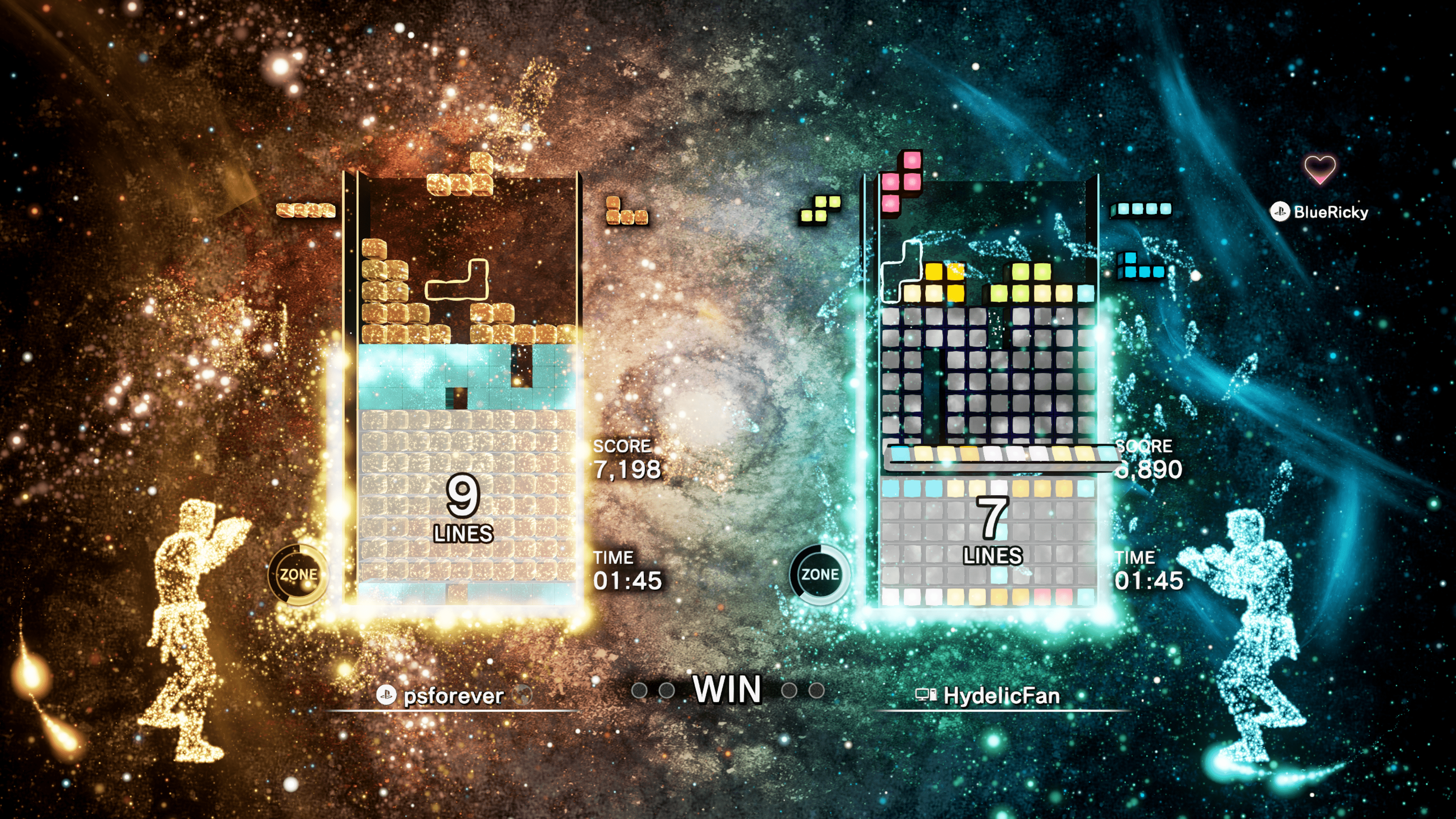 Just like other multiplayer games, Connected also has Tiers and Skill Ratings. You get an individual SR for each mode, and then whichever Tier you’re in is determined by all of those SRs combined. You win SR points if you win a game, you lose SR points if you lose. Bob’s your uncle.

Match length depends on which mode you’re in, as well as how good you are. The Zone Battle and Score Attack modes can basically go on for as long as you and your opponent can keep from “Tapping Out,” but I found the Connected mode to be a bit longer. No game went on for more than maybe twenty minutes at most, though. The wait times weren’t bad at all to get into games either, which was another plus.

That’s all of the logistics finally out of the way, so now let’s talk about game feel. What do you expect? Tetris Effect felt amazing to play from the start, so the base was already there to have some really compelling multiplayer versions. 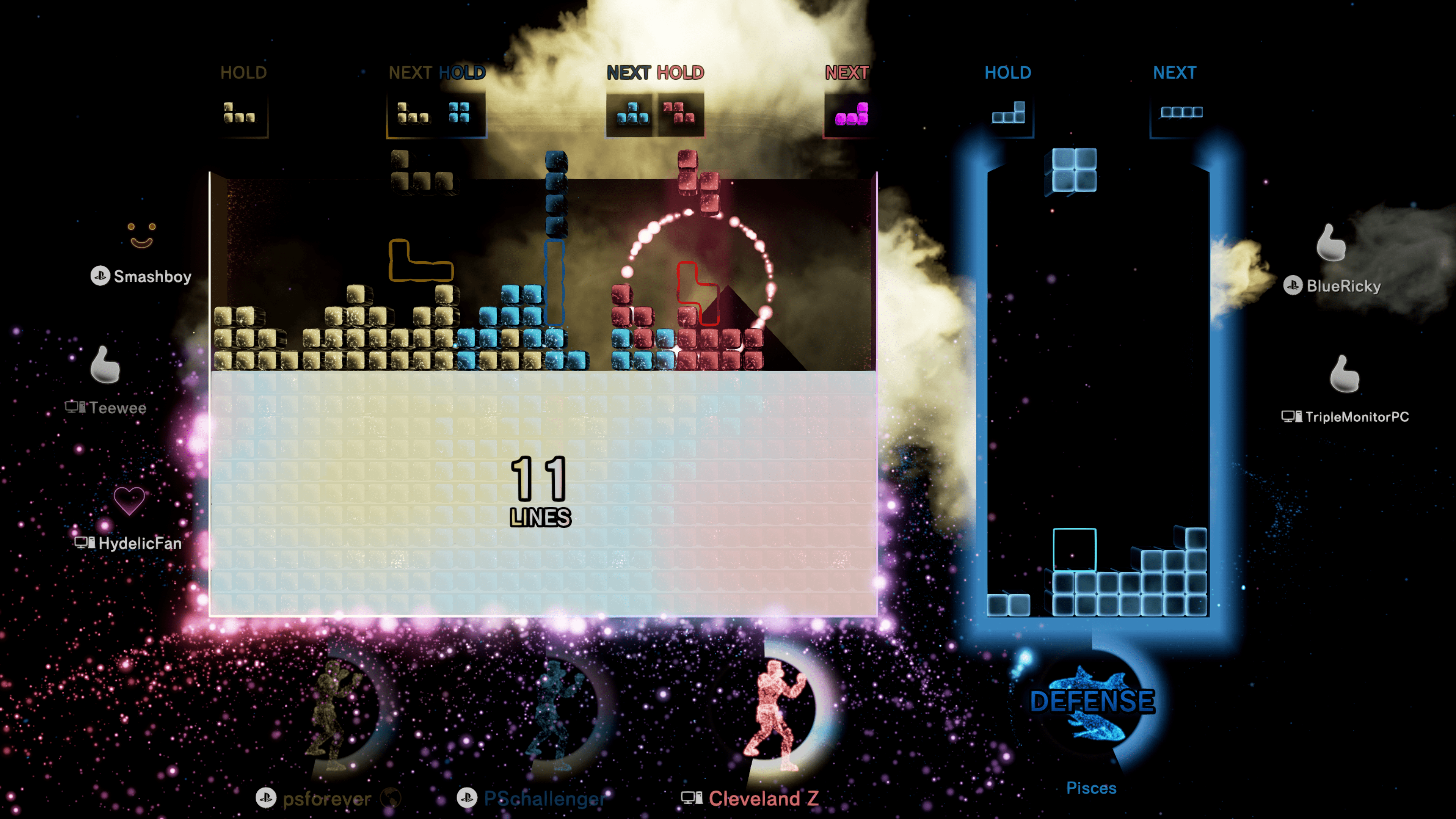 At the end of the day, it’s Tetris. We’re not reinventing the wheel here, but that’s not a bad thing in the slightest. If you love Tetris, you’ll love this multiplayer. The sound and visuals are stunning, and the new game modes put a fresh new take on a classic that are worth trying in and of themselves.

It’s already a given that competitive players are going to have fun with this, especially when there are multiple variations of traditional Tetris gameplay. If you’re someone like me who’s a bit more chill, though, I promise you will still have a great time with this game. I especially recommend trying out the Connected Mode if you’re a more laid-back player, too, because there’s more leeway there.

I thought I had seen it all with Tetris 99, so I’m really impressed to see how the brand keeps moving forward and giving us new things to try out. I’m not sure how the hardcore Tetris masters are going to feel about this one, but for a casual fan like me, this is about as good as it gets.