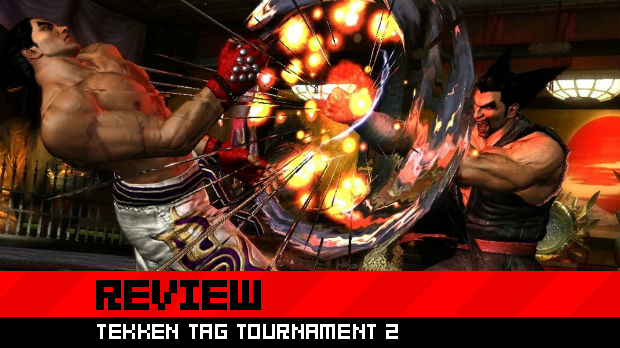 I’m what you call and “on again off again” Tekken fan. I religiously played the series for hundreds of hours per iteration all the way up until Tekken 4, then I just kind of…stopped. For years to come, I would dabble in the Tekken universe, but nothing ever really caught my interest for more than a few months.

Tekken is an extremely technical series, which is one of the reasons I fell in love with it in the first place. Although I wouldn’t put it in the same pantheon of pugilism as the Virtua Fighter series, the fact is, Tekken both rewards split-second twitch decisions and lengthy planned combos and juggles, making it very hard to get into if you’re a newcomer.

For starters, by checking out the command list, you might be turned off by the fact that more than a few characters have well over 100 moves and combos. Thankfully, Namco Bandai wanted to lower the barrier of entry a bit with TTT 2, so they included a new extensive training mode called “Fight Lab” that should get you up to speed with the series. Fight Lab puts you in command of Combot — a familiar character for fans of the series. It’s your job to learn everything there is to learn about Tekken‘s combat, and power up Combot in the process.

There’s even a little mini-story attached to Fight Lab to help keep things a bit more interesting. Combot is actually a project employed by Violet Labs, as Violet struggles to create the ultimate weapon — and constantly harass his secretary in the process. Although it’s a bit nonsensical (ok, it’s completely nonsensical), it adds to the appeal of learning the ropes — at least, it’s more appealing than just about any other fighting game training mode to date.

Mechanically, TTT 2 heavily follows in the footsteps of Tekken 6 before it, just with the added twist of tagging, and various tag-based special moves. Tag throws, Tag combos, Tag Assaults, and Tag Crashes all perform various functions such as tandem assaults, safe tagging, and the creation of combo openers. 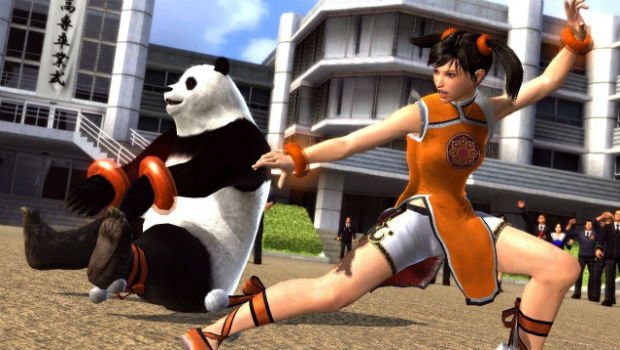 Since the console version includes the content and balances found in the Arcade update, Tekken Tag Tournament 2 Unlimited, you also have the ability to play as one buffed solo character instead of a proper tag team. Because of this, you can utilize the Rage system, which was introduced in Tekken 6 to a polarizing degree. For those of you who are wayward Tekken fans, Rage is extremely easy to use, as it basically triggers automatically when you’re at a certain level of health.

It functions extremely similarly to X-Factor in Marvel vs. Capcom 3: you just don’t get to choose when to use it. I feel like while at first glance it may turn people off (just like X-Factor did), the fact that you can’t really choose when to use it balances it out a bit. Essentially, you have to be losing health to gain the effect — again, this functions just as Rage has been functioning in the past. What you may find even more polarizing, however, is that Rage in TTT 2 is governed by much more than just health percentages when used with two characters.

Characters have different relationships with each other: meaning it will trigger at different times depending on whether or not the characters like or hate each other. This is just like how Netsu functions in the first TTT, it’s just tweaked a bit. So how does it pan out? Well, there were more than a few times I became extremely frustrated fighting against this solo setup, as there are a number of characters that feel a bit too strong while they’re using Rage power — I’m talking one-hit kill combos here.

Once you learn the ins and outs of the tag system and tag combos, however, you should be able to counter single characters with a bit more ease — just like any fighting game, the more you play, the more familiar you’ll become with various tactics. Fans of the series should know how they feel about Rage by now; just be aware that it still exists. 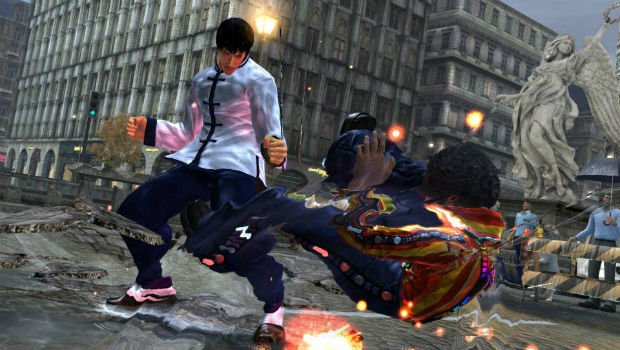 On that note, the game feels fairly balanced regardless, which is an accomplishment given how many combinations of characters and solo/tag setups you can come up with. You can also play with four players in 2v2 matches just like the original Tekken Tag. But outside of this enhanced training mode, you’re going to be hard pressed to do much outside of dressing up your characters if you’re not keen on online play. While there is the addition of “Tekken Tunes,” which allows you to customize the music for each arena, there is a distinct lack of mode variety.

In particular, Offline players, prepare to be disappointed. Like many other Tekken games, there is no Story Mode — only a nine-stage, tenuously presented Arcade Mode. Thankfully, unlike Street Fighter x Tekken (and many other games in our current market), there are ending movies for every single character: just don’t expect anything spectacular.

As far as characters go, Tekken Tag Tournament 2 has just about every single fighter to ever grace the franchise outside of Gon (who was left out due to copyright reasons). You should be able to find at least two characters to suit your personal style, and all of the old choices feel just as smooth as they have all these years. In fact, there’s at least one addition here that hasn’t been seen since Tekken 2!

Just like recent entries, Namco’s attention to detail is also extremely evident: P-Jack’s hands will twist and turn while steam leaks through his cobbled wires, and Ogre’s snake-hand will beautifully slither to and fro. I had a ton of fun rediscovering some of my old favorites (Yoshimitsu), and familiarizing myself with some of the newer combatants. There’s just…so many damn fighters to choose from, and nearly all of them feel unique given the high quality of the designs. If a wide character pool is your thing, TTT 2 is your huckleberry. 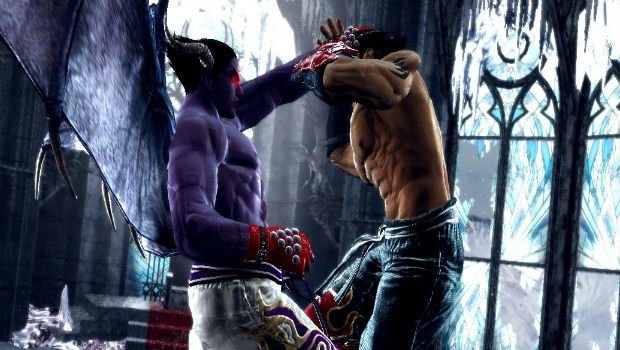 Speaking of characters, don’t worry your pretty little heads in regards to DLC: producer Kasuhiro Harada stated that there will be no paid character DLC in TTT 2. While four characters (Kunimitsu, Ancient Ogre, Michelle, and Angel) are unfortunately pre-order timed exclusives, they will unlock for free at a later date. Although I wish there was no DLC whatsoever for fighting games, these concessions are much better than paid character DLC — period. Unfortunately, the characters were unavailable for testing for my review (same with the Snoop Dogg stage), as the codes were not online and active yet.

Along with your purchase, you’ll net The World Tekken Federation (which I will hereby refer to as “WTF”): it’s essentially Call of Duty Elite or Halo Waypoint for Tekken, but a little more detailed than both of those operations when it comes to cold hard stats. While WTF doesn’t provide any extravagant options for casual fans, such as videos or original content, it’s probably the most advanced statistics system to ever grace a fighting game.

You can view nearly everything you want here: individual matchups, battle histories down to the amount of life you had left in them, combo and move set propensities, customization options, and character-specific stats. You also have the ability to put together a team (a fighting game clan, essentially) to take on the rest of the world. For hardcore fighting game fans, WTF is a Mecca of information to help you improve your matches.

Actual online matches run very smoothly, just as they do in SoulCalibur V. As an added bonus, you can spar with Mokujin in between games, so don’t get bored while you’re waiting to play a match online. Sadly, like the selection of Offline choices, a variety of unique modes like SoulCalibur V‘s Global Colosseo are completely absent here. 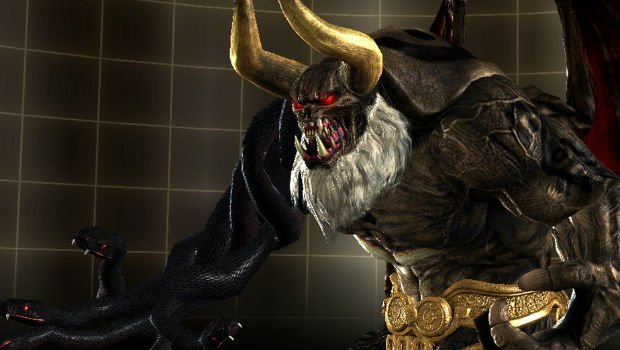 In fact, all you can really do is play ranked and unranked matches — that’s about it. Again, I’m completely fine with this as someone who just wants the core game to be solid, but casual fans will probably be disappointed after about a week of play.

So what’s the bad news outside of a fairly paltry selection of online modes? Unfortunately, online play is entirely gated behind an online pass, meaning you will either have to pick the game up new or purchase a pass to actually play online. Sadly, this is becoming more and more prevalent in today’s market, but it’s just something you should be aware of.

If you’re a Tekken fan, Tekken Tag Tournament 2 is essentially a “greatest hits” of Tekken so far, just like TTT 1 was in 2000. If you’re not a franchise fan, there isn’t really much “extra” content here to “wow” you, or make you change your mind. If you’re somewhere in the middle, though, know that TTT 2 offers some of the best core combat in the series, and runs wonderfully online provided you’re willing to treat it like an old-school fighter and play it over and over…and over.

For whatever reason, Tekken Tag Tournament 2 grabbed me, and then it didn’t. Every time I boot up the game, I feel my old passion for Tekken growing inside, but then it subsides after about an hour or so. There’s nothing glaringly wrong with combat; it just feels a bit bare-bones and too familiar sometimes after every hundred matches or so. While TTT 2 doesn’t change the world, so long as you’re already a series fan, you should be satisfied.