Some things never really change. Sharks, for example, have existed for millions of years. These creatures have witnessed the birth and extinction of countless species. They endure as time ceaselessly marches forward. A constant in an ever-changing world, they remain the spitting image of ancestors that once patrolled the oceans at a time when dinosaurs walked the earth.

Like sharks, the Japanese role-playing game is essentially a living fossil. The venerable genre has seen others rise from the primordial soup, evolve, wither, and perish. A product of a bygone age, the JRPG still remains very much akin to its early paradigms.

The Tales series epitomizes this abstraction. Refreshingly old-fashioned, the franchise continues to tiptoe toward perfection while many of its peers struggle to reinvent themselves. Tales of Xillia stays true to its roots, providing a largely traditional experience with some unique twists. 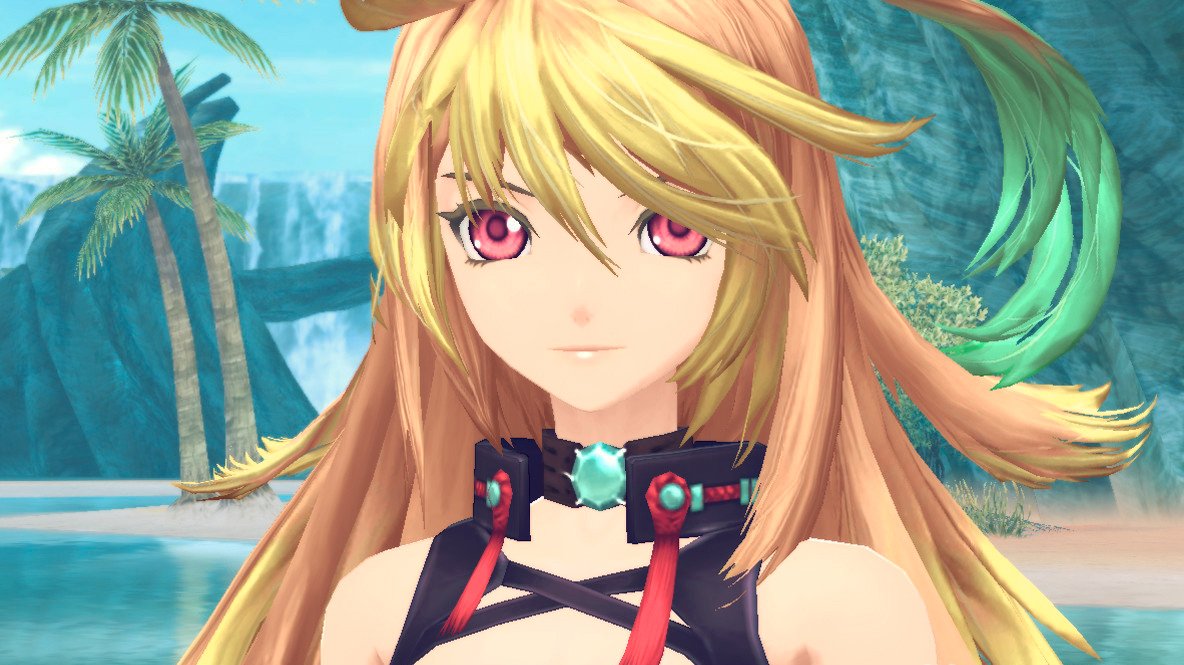 Tales of Xillia tells a classic story following a motley band of heroes on a journey to save the world from disaster. The narrative centers around a powerful weapon that threatens both the environment and a tenuous peace between two nations on the verge of war. Naturally, it’s your mission to destroy the device before things get too out of hand.

The adventure begins with a chance encounter in an underground research facility. There, a divine guardian known as Milla Maxwell crosses paths with a young medical student by the name of Jude Mathis, both of whom are investigating matters of personal importance. Of course, things go awry. The unlikely pair stumbles upon more than they bargained for and their lives are irrevocably altered because of it.

Setting out to stave off the looming calamity, players will be poised with a choice of which character to follow. While the duo’s destinies are intertwined, their paths will diverge and reconvene at certain points throughout the story. Each arc features unique scenes and scenarios, which provide a nice incentive for players to revisit the thirty-plus-hour campaign a second time around.

Beneath the title’s timeworn premise and a fair number of anime and JRPG tropes is a winding plot that takes some unexpected turns. The narrative is garnered with thought-provoking themes and allusions to contemporary societal issues. However, as compelling as some of the underlying thread work can be, it’s the charming characterization that really stitches the experience together.

The central protagonists are joined by a supporting cast that steadily take up arms with our heroes along the way. It’s a group with disparate backgrounds ranging from the puckish mercenary to a young girl with hidden powers, and a vexatious talking doll. It’s this ensemble that makes Tales of Xilla such a joy to experience.

Strewn between story sequences are vignettes that provide a great deal of insight into the title’s colorful personalities. Having spent her life in isolation, Milla is blissfully ignorant when it comes to human society and particularly sensible attire. In his own ways, Jude is similarly oblivious. His coming-of-age story is laden with playful jabs at sheltered adolescents. These little asides are such a nice addition in fleshing out the characters and bring a levity to an otherwise dark tale. 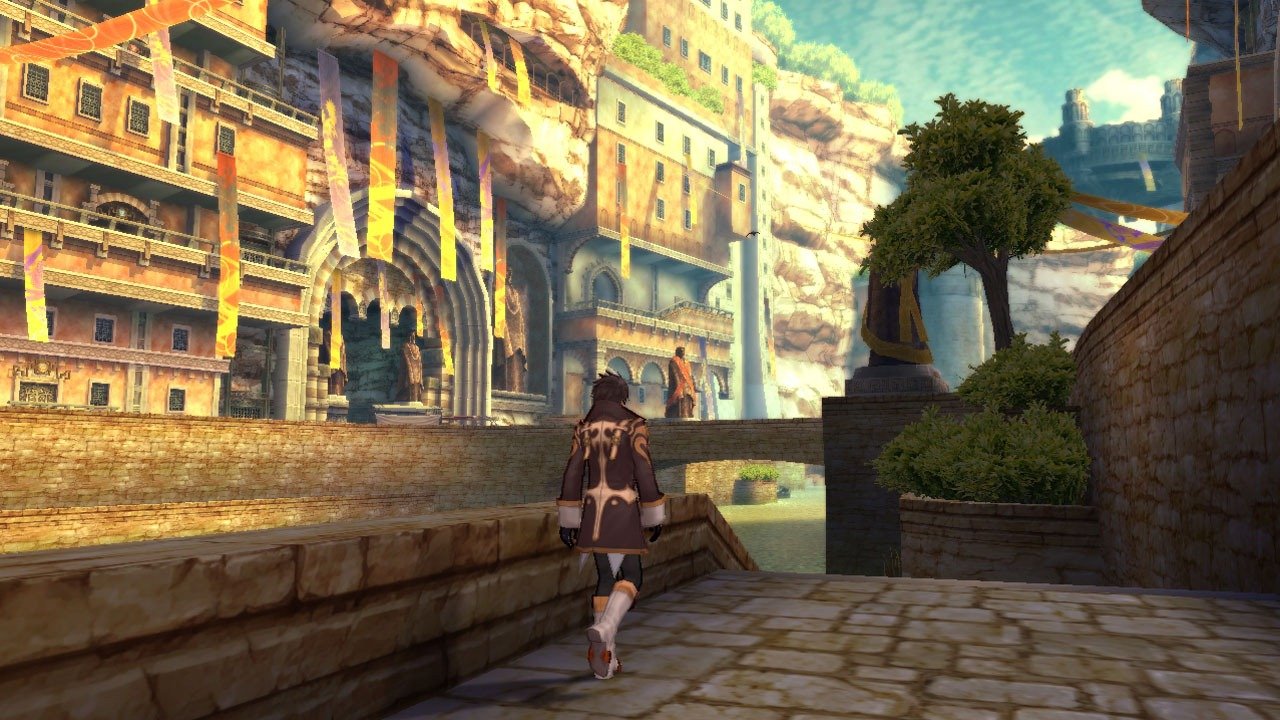 Along the way players will visit a myriad of different locales. Sadly, there just isn’t much to explore. Apart from some stunning architecture and scenery in the distance, towns and dungeons leave a lot to be desired. In contrast with the vibrant characters and a brilliant soundtrack that plays beautifully to each situation, the environments themselves oftentimes feel lifeless, repetitive, and dull.

It’s clear that a lot of time and effort was allocated toward the title’s combat system, which alongside the narrative is a real highlight of the experience. Equal parts action and strategy, combat takes place at a rapid pace and requires both a plan and split-second timing to execute it.

Battles typically have their genesis in the overworld, where dungeons are populated with dozens of roaming monsters. The manner in which an enemy is approached will likely have as much of an impact on an encounter than another other aspect of the contest. Sneaking up on enemies is advantageous for two reasons. Surprise attacks leave foes with only a fraction of the health that they would possess in a head-on clash and cause them to begin the fight momentarily stunned. Conversely, players will be at a disadvantage at the outset of battle should an enemy ever get the jump on them. 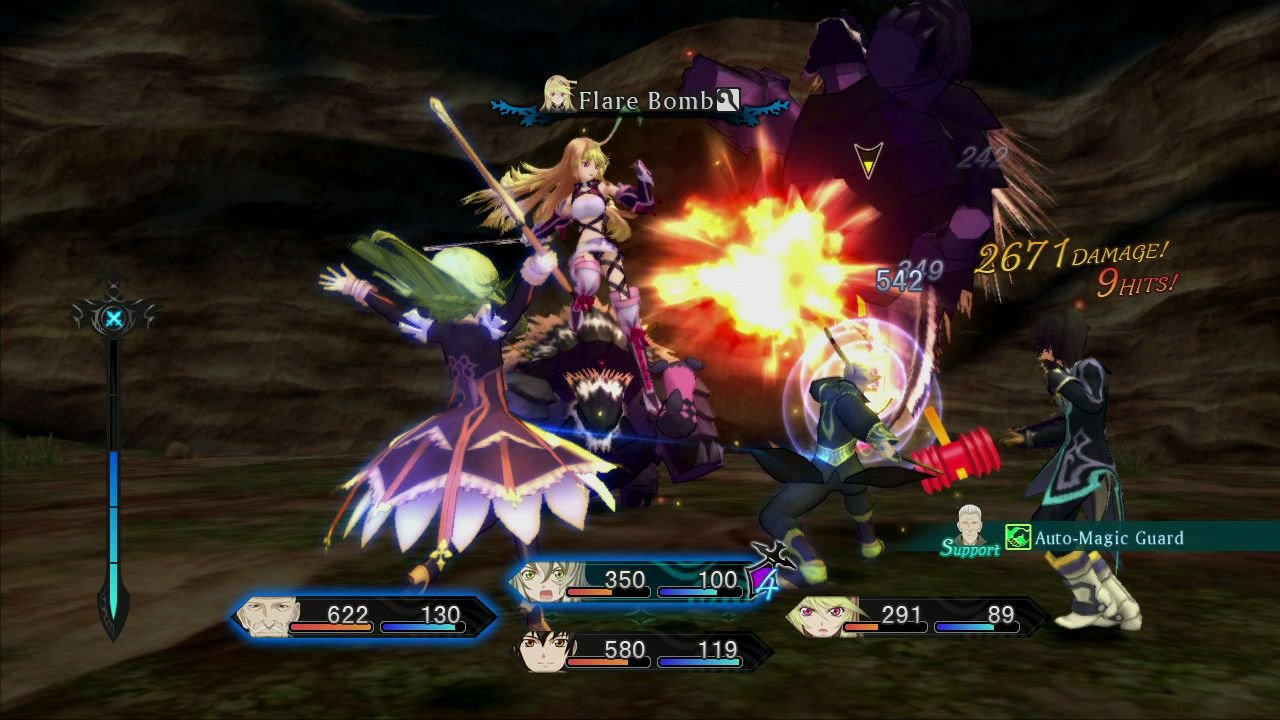 Once initial contact is made, the game transitions into an isolated arena where the player can field up to four members of the party at any one time. Individuals can be swapped out with other conscious party members at the player’s discretion. In fact, the player can take an authoritative role in battle, dictating when and what type of spells and physical attacks characters should be using and against which enemies.

To that end, there is a vast array of ways in which the player can customize how each party member will act in combat while they aren’t being micromanaged. Personally, I enjoyed giving my team various support roles and leaving them alone for the most part. Most of my attention was dedicated to controlling a single character on the front lines, only issuing commands when the tide of battle critically depended on them.

Characters can be tweaked even further with various active and passive abilities that really change one’s approach to battle. These play an especially important role in combat thanks to the new linking system. Pairs of party members can be tethered during combat to more readily assist one another and blend their unique skillsets into devastating special attacks. It’s a subtle addition, one that makes for some incredibly engaging fights. 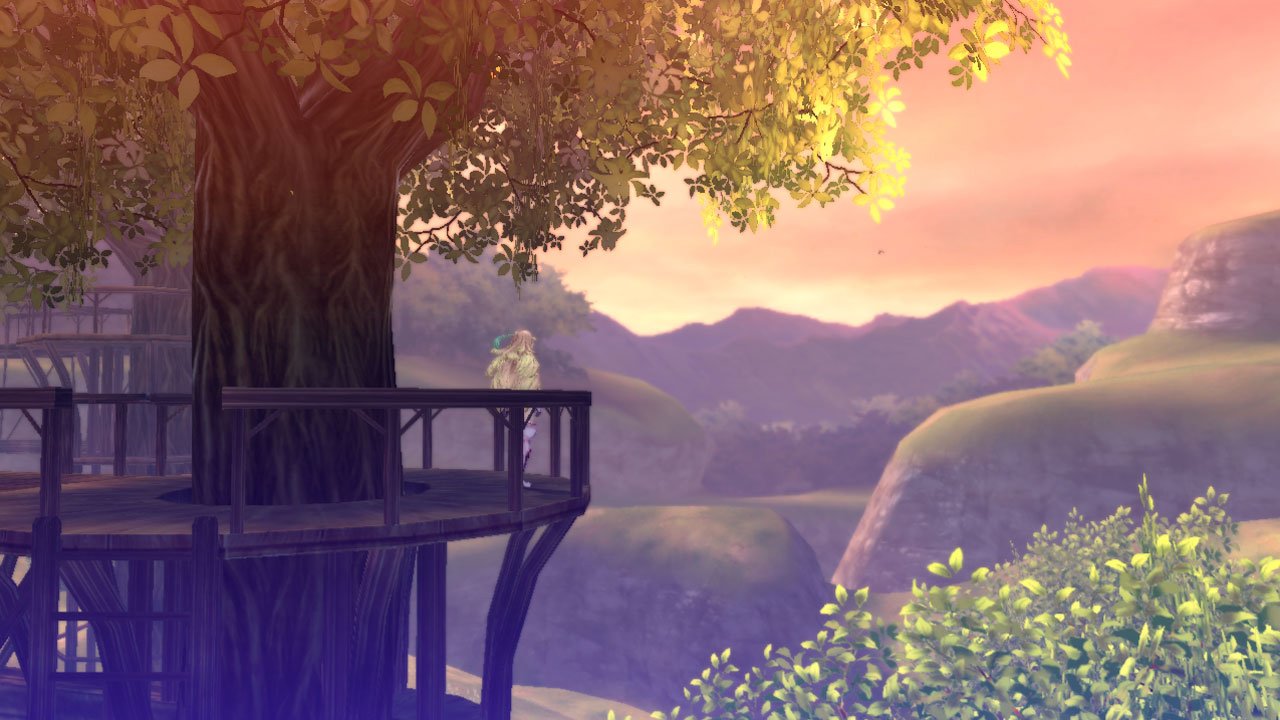 Even something as mundane as leveling up has an interesting spin on it. Typical progress bars are replaced by webbed diagrams called Lilium Orbs. Leveling up earns points that can be allocated toward activating various statistical nodes, adding yet another hue of mutability.

In terms of difficulty, standard battles generally feel appropriately challenging. Some of the lengthier dungeons can be treacherous, but there’s fast travel along with plenty of waypoints and a quick-save feature should you ever get in a tight spot. The importance of items is paramount and it pays to be fully stocked when leaving a town for your next destination.

As one might expect, bosses offer a much stiffer challenge than conventional enemies. I found one of the encounters toward the end of Milla’s campaign to be particularly unforgiving. After being brought to a seething rage after falling victim to what’s essentially an instant kill for the umteenth time, I swallowed my pride took advantage of the difficulty slider in order to progress. 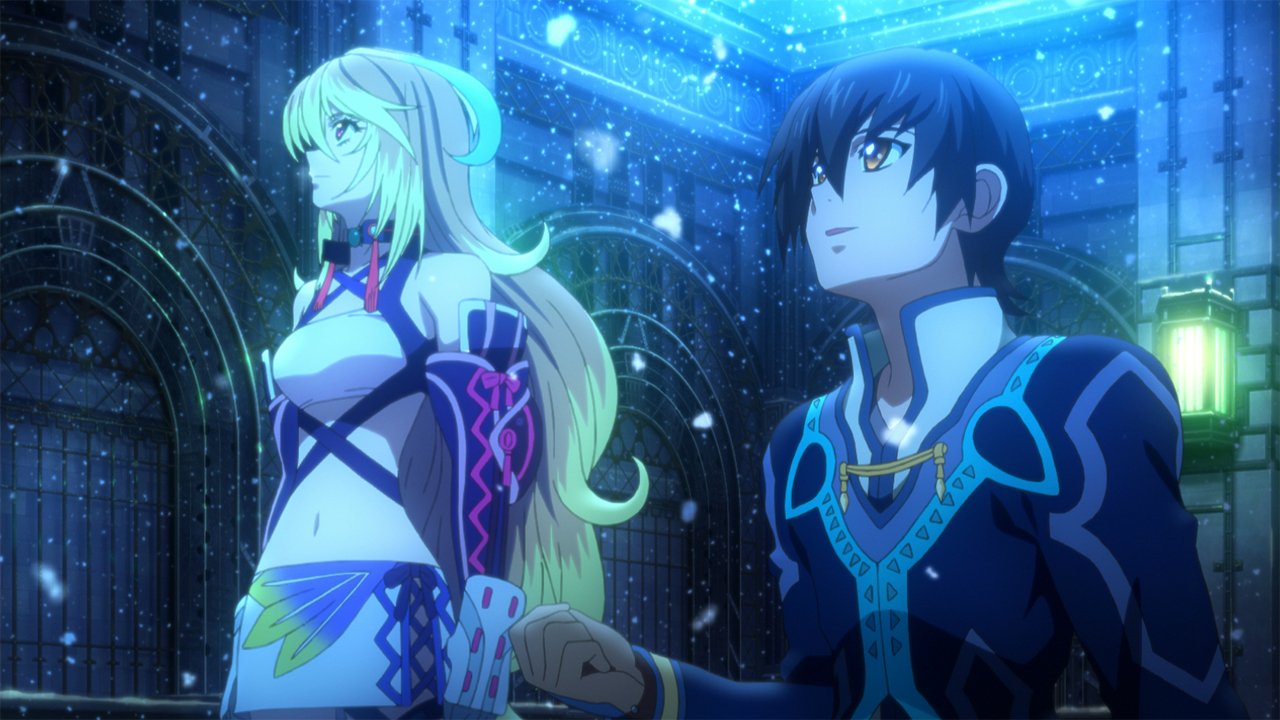 Tales of Xillia never strays terribly far from the formula set forth by its predecessors. Firmly rooted in the past, it instead introduces a selection of new elements and subtle enhancements that make it feel refreshing while still very familiar. The story and characters are delightful, and an engaging battle system rounds out a mesmeric package. Simply put, Tales of Xillia is one of the finest role-playing games in recent memory.

Filed under... #Role-Playing Games#Tales#Tales of Xillia