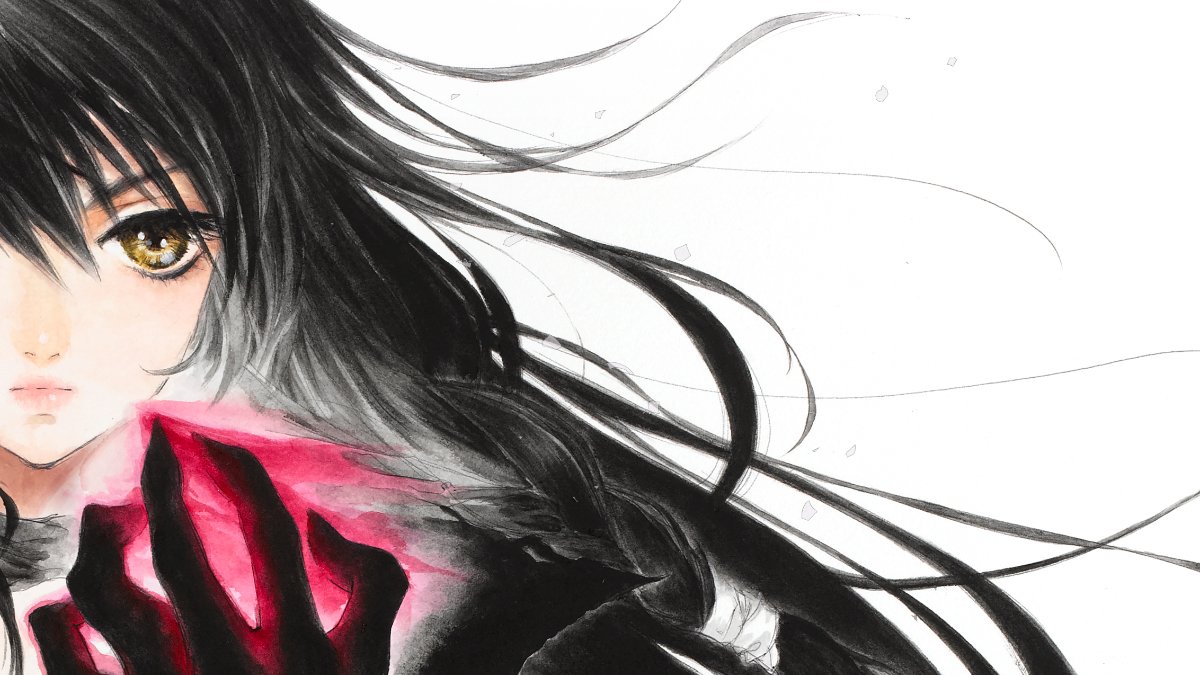 When I first wrote about Tales of Berseria, I held the belief that while the game wasn’t particularly groundbreaking or innovative, it nonetheless provided a highly polished and consistently excellent experience. At the time, I’d only put 21 hours into the game, which means that while I was approaching its half-way mark, I wasn’t quite at that point yet.

Now that I’ve seen the story of Tales of Berseria draw to a close, checked out some of its post-game content, and had a quick look at its predecessor — Tales of Zestiria — does my opinion of the game remain just as consistent as my initial impressions would have me believe? For the most part, yes. Right from the outset, it becomes immediately apparent that the narrative of Tales of Berseria takes a decidedly dark tone. You play as Velvet Crowe; a woman who, having endured three years of imprisonment after witnessing her sickly younger brother be ritualistically sacrificed by a man who she formerly trusted, sets out on a crusade for revenge against the individual who caused her so much despair.

While Tales of Berseria‘s narrative does contain several twists and turns — as well as some fairly significant revelations that may be immediately recognisable to anyone who has taken a cursory glance at Zestiria — Velvet’s primary goal remains the same throughout the 50-hour adventure. This isn’t to say that her motivations for revenge remain the same as the story progresses, but her primary objective is consistent throughout Berseria‘s runtime.

The game, itself, is also not short of emotionally-affecting or gut-wrenching moments. Tales of Berseria often tries to try and portray the main characters as villainous in nature, even if its actual antagonists can be significantly crueller in-action.

Joining Velvet on her revenge-fuelled rampage is a ragtag cast of eclectic and sometimes-morally-ambiguous individuals. These characters each have their own motivations for joining up with Tales of Berseria‘s ludicrously-dressed heroine, as well as their own goals and ideals. For instance, Eleanor often acts as a foil for Velvet’s more destructive tendencies, Laphicet can bring out the more human side of the game’s protagonist, and Magilou’s smug demeanour and penchant for terrible puns can often bring some much-needed levity to the table.

Like in other Tales games, Berseria also features optional skits that allow for the characters to elaborate on the situations that they find themselves in, provide more backstory, or serve as another form of comic relief. Some of these skits even showcase the best lines of dialogue that the game has to offer, and are well worth your time if you have any interest in Tales of Berseria‘s cast.

Alongside its quirky and likeable cast of characters, Tales of Berseria‘s greatest strength lies with its combat system. This real-time battle system is both fast-paced and responsive, and heavily emphasises stamina (which is referred to as a ‘Soul Gauge’) and resource management. At the start of each battle, party members will have a set number of Souls which can increase or decrease based on various criteria.

For instance, inflicting a status condition on an enemy or defeating them will increase a character’s Soul count by one. This, in turn, allows them to perform more actions on the battlefield, such as dodging, blocking or performing Artes. Likewise, should an enemy inflict a status condition upon one of your party members, that character’s Soul count will drop by one.

Party members also have access to ‘Break Souls,’ which allows them to perform some potentially devastating abilities on the battlefield. The trade-off to this, however, is that it will increase their opponent’s Soul count by one while also reducing their own by the same amount. The result of this is that it’s entirely possible for a player to misjudge the effect of their abilities and wind up bolstering their opponent’s abilities.

Suffice it to say, knowing when to perform these abilities, when to back away from an enemy and knowing the opportune moment to strike is paramount to mastering Tales of Berseria‘s combat system. There is a downside, though, in that it’s entirely possible to button mash your way to victory in most cases on the game’s default difficulty setting. The combat system only shines on higher difficulty settings and when facing off against tougher bosses. So, let’s talk about Tales of Berseria‘s visuals. From the moment you start this game, it becomes clear that it was built with the limitations of the PlayStation 3 in mind. This is because — in Japan, at least — it also saw a release on Sony’s decade-old home console. The result of this is that many of the environments seem somewhat simplistic in terms of design, and a many of the game’s textures appear blurry and blocky when viewed close-up.

From a technical perspective, Tales of Berseria is in no way an impressive game. Thankfully, the game does at least sport a rather pretty art style which, in-action, can look quite effective. Despite the dated graphics on offer, many environments, such as the Manann Reef and the game’s final dungeon, still managed to impress me from an artistic standpoint.

The other benefit to eschewing a more graphically intensive visual style is that it helps ensure that the game’s performance remains consistent and smooth. Rarely, if ever, did I experience any significant or noticeable dips in Tales of Berseria‘s framerate. No matter how chaotic an action sequence got, performance remained incredibly consistent throughout. I must stress, however, that I was only able to test this game out on a PS4 Pro, and it’s entirely possible that this may not be the case for owners of a base PS4 console.

Nonetheless, I’d love to see what could be accomplished should Bandai Namco Studios decide to drop Sony’s decade-old console when working on a future instalment in this series.

On the topic of environmental design, Tales of Berseria opts to forgo the more open-ended locales that were featured quite prominently in Zestiria in favour of much smaller, more constrained maps. These environments are often littered with collectables, such as herbs that increase a character’s stats, enemies to battle, Katz Spirits — which can be used to acquire various pieces of cosmetic gear — and treasure chests.

While this might be a bit of a letdown to anyone who would have preferred that Bandai Namco Studios refine or expand upon the more open-ended environments of Zestiria, I can’t help but find this change to be for the better. Tales of Berseria is a highly linear and guided affair. While the game does feature the occasional side-quest, these distractions aren’t the focus of Tales of Berseria. In this sense, the smaller and more linear environments complement this more focused and guided style of gameplay and storytelling rather nicely.

Unfortunately, Tales of Berseria‘s dungeons aren’t particularly excellent. Almost all the dungeons in the game consist of a series of corridors with the occasional branching path, and with puzzles that could be accurately described as “mindless.” Most of the puzzles contained within these dungeons involve finding and pressing a switch of some form to open the door required to progress, with little in the way of variation. As I mentioned in my Review in Progress, the word “consistent” could easily be used to accurately describe the bulk my experience with Tales of Berseria. For the most part, I still agree with this sentiment. As I’ve already mentioned, the game’s framerate remains mostly stable, but I also found that the game’s story moves at a very consistent pace, with new areas and environments being introduced every few hours.

Sadly, this isn’t always the case, and there are a few circumstances where the game will force you to revisit previously-completed dungeons to progress through the story. This becomes especially prevalent in the game’s second half, where you’ll find yourself revisiting the prison island from Tales of Berseria‘s opening chapters with great frequency.

The game’s difficulty, too, is relatively consistent. Never once did I feel as if the game required that I linger in an area for too long just so I can grind for experience points or equipment. By simply downing almost all the enemies that I came across, I never once found myself in a situation where I felt outmatched by any of the challenges that the game threw at me. Of course, this does change once you bump the difficulty to a higher setting — where enemies will be of a significantly higher level, and where healing is less effective — but anyone who intends to play the game on its Normal mode will likely never feel as if Tales of Berseria‘s challenges are insurmountable.

In this respect, I can’t help but come to the conclusion that Bandai Namco’s decision to offer level-boosting DLC is a poor one, as it may give off the impression that the game will do everything in its power to goad players into buying into what can only be described as a pay-to-win scheme. This isn’t the case, and while I won’t dictate what people should or shouldn’t do with their finances, I’d advise against buying this sort of content. Not only is it a form of “pay-to-win” DLC that further trivialises an already-easy game, but it’s also entirely unnecessary given that Tales of Berseria barely requires the player to grind for levels in the first place.

I also found it frustrating that Tales of Berseria completely disables the use of the PS4’s Share button throughout the duration of the game. As someone who takes a lot of screenshots of games, the decision to disable this feature was just a little bit irritating, even if it wasn’t a deal-breaker by any means. 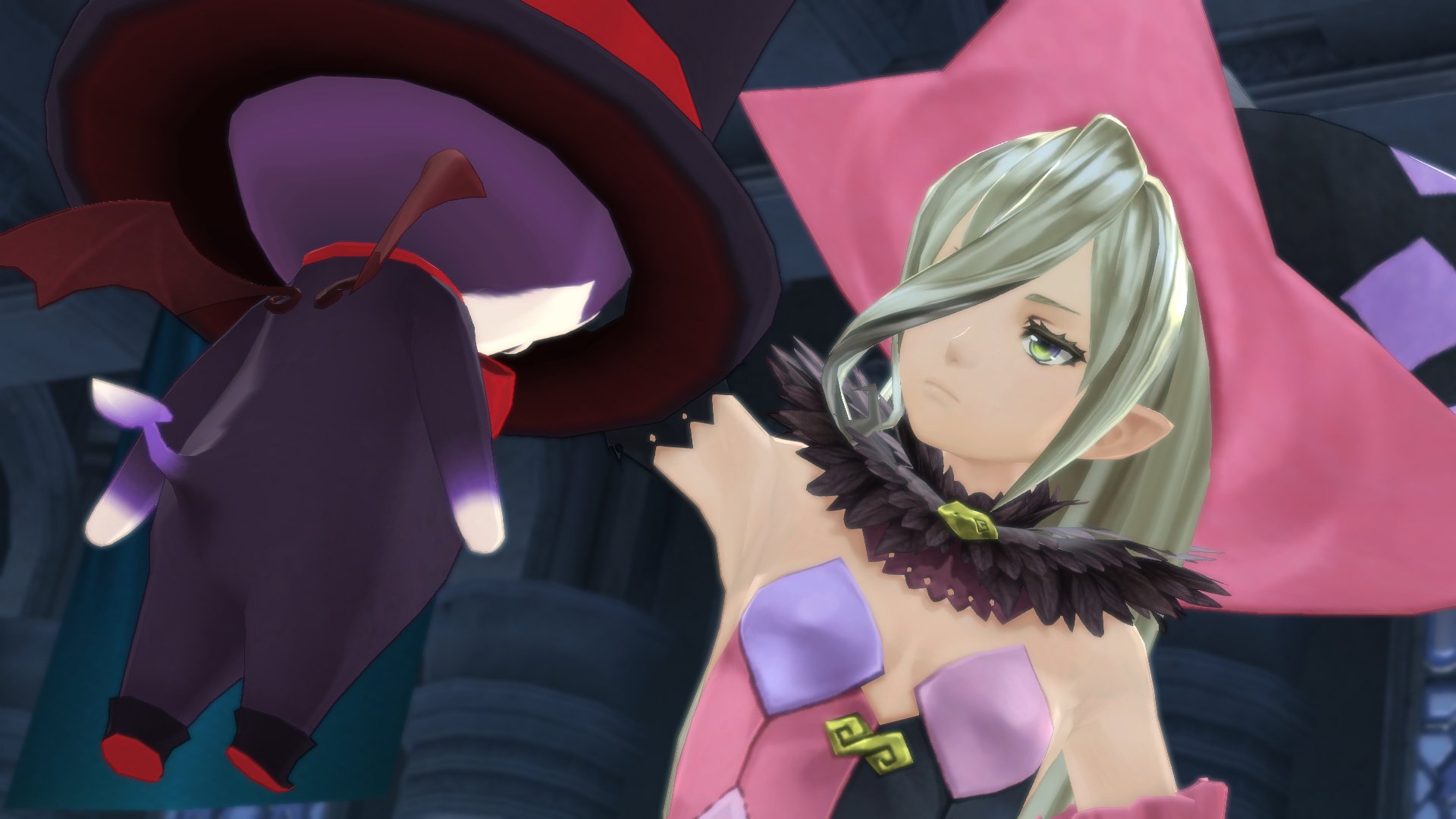 Tales of Berseria may not be the most ambitious or innovative game ever, but that’s entirely okay. It may have a handful of issues, not least of which includes its forced backtracking, occasional reuse of dungeons and its uninspired puzzles. At the same time, its characters are often likeable and entertaining, its tale of revenge is intriguing, and its combat system is fast-paced and responsive. If you’re already a fan of — or are curious about getting into — the Tales series, this is one to check out.