Tales from the Borderlands has consistently edged out Game of Thrones as Telltale’s best current series. That’s not just one man’s opinion; that’s science (see: Metacritic). As it nears its conclusion, it is becoming more apparent just how special Tales is. 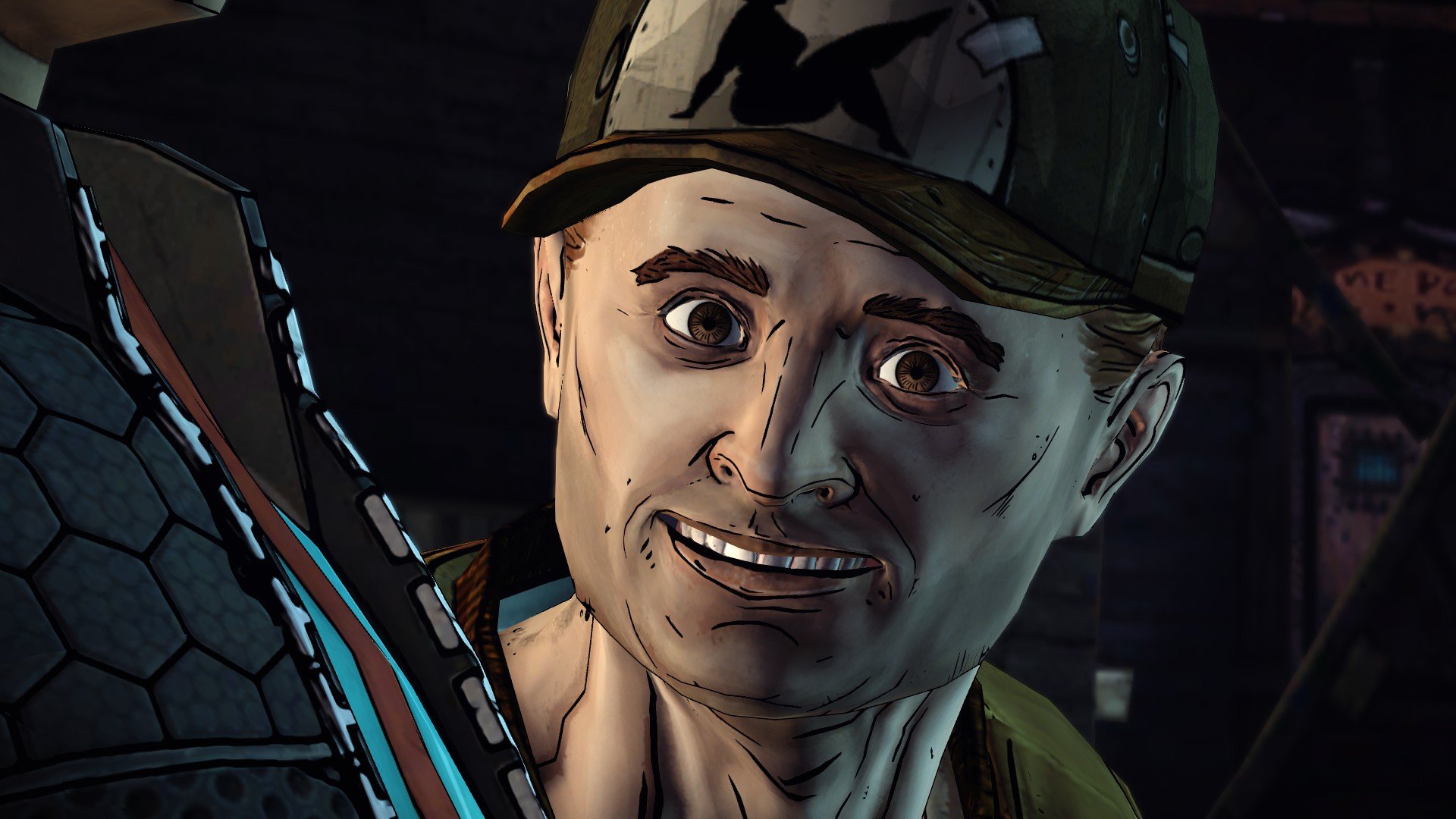 Things were looking bad for Fiona and Rhys at the end of the third episode. Sure, Gortys found her first upgrade and the path to the Vault of the Traveler became clearer, but newcomer Vallory had the group pretty well pinned under her thumb by the end.

Complicating matters was the revelation that the final Gortys upgrade isn’t even on Pandora; it’s up on Hyperion’s moon base Helios. For a series known for fast travel between exotic locations and featuring interstellar travel as part of its lore, it’s easy to forget just how infrequently anybody takes a trip off Pandora. Usually, denizens of the wasteland are stuck there.

And so the first act of this episode involves the non-negligible task of actually getting from Pandora to Helios. The group grows as August and Vallory’s henchmen ride along to ensure Rhys and Fiona don’t try anything funny and Scooter hops in as the on-board mechanic. It’s a pretty motley crew, well deserving of the ’80s rock credits sequence rocket launch montage.

Telltale continues to demonstrate its comedic mastery with Tales from the Borderlands. One of the funniest parts comes from a totally visual gag within the launch montage. It elicited more laughs with no words than some comedy games do with thousands. The written jokes here are on point too. Each of the characters brings something different.

Gortys remains a highlight through the whole ordeal, even if she has fewer lines than she did in the previous episode. Fiona’s sarcasm hits just the right notes. Handsome Jack is about as likable as a murderous psychopath can be. The plan that comes together even allows players to act like total assholes without having to feel too bad about it.

The trip to Helios also allows for one of the most bizarre scenes in recent memory. Without spoiling too much: it’s a classic Telltale quick-time event action sequence, but it involves a horde of Hyperion accountants and a lot of mouth-made sound effects. 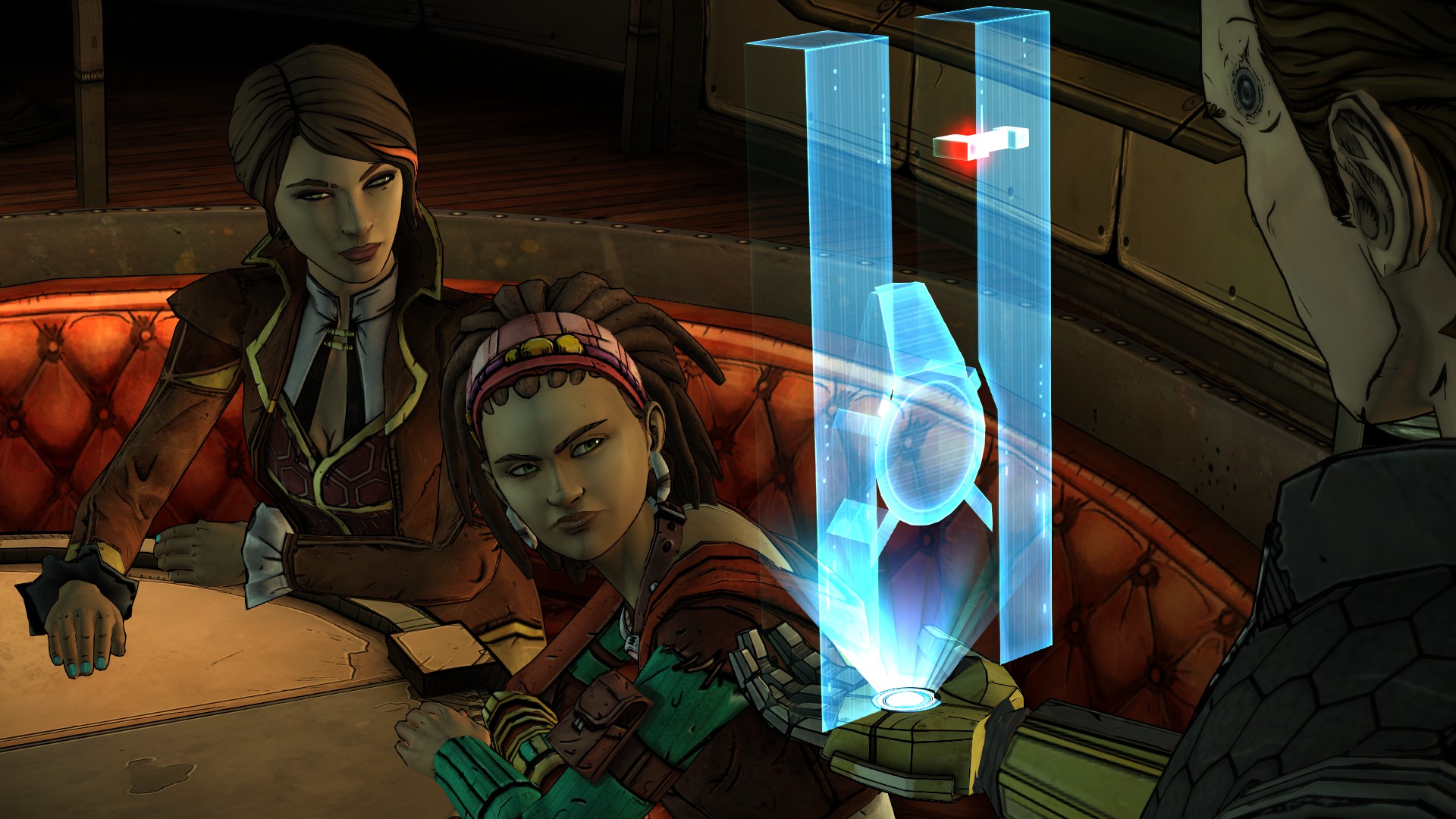 It isn’t all laughs. The series has had its serious moments in the past, but Escape Plan Bravo will cement Tales into the overall Borderlands lore. It is no longer a side story on Pandora. It feels like its own proper entry in the timeline, with real effects on the world Gearbox built.

I have to imagine there is at least a modicum of trepidation when handing over a franchise to another developer, but if Gearbox had any fears that Telltale wouldn’t do right by Borderlands, those fears would be unfounded. If anything, it feels like Gearbox needs to hire the Telltale writers to consult on Borderlands 3. 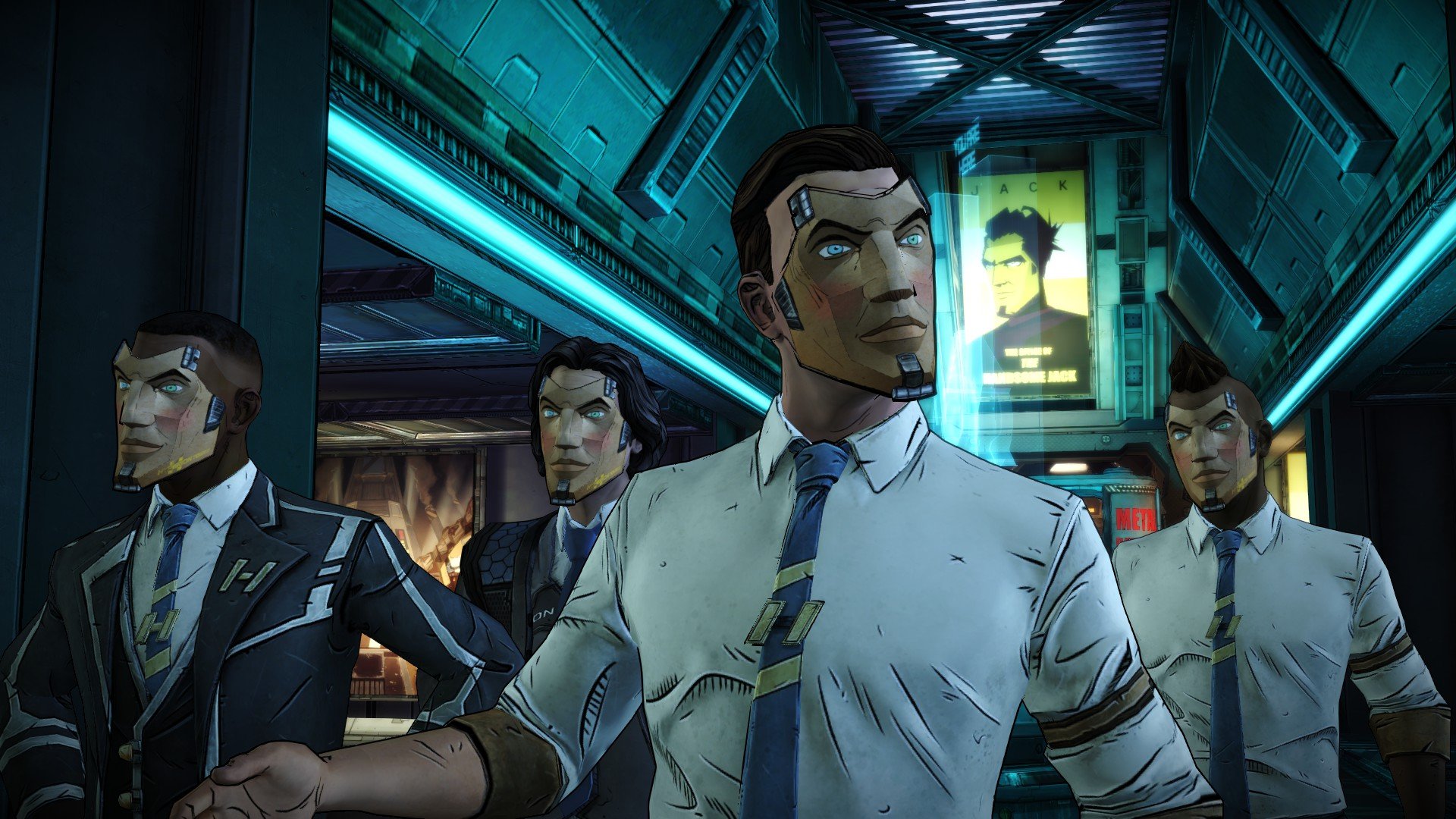 Escape Plan Bravo solidifies Tales as a must-play series for those interested in the Borderlands universe. I cannot wait for the last episode, The Vault of the Traveler. There is so much to resolve: Vallory, Handsome Jack, Vaughn, Gortys, the masked man, Felix, the vault. I’m stressing out just thinking about it all.

There isn’t much more to say without spoiling the best episode of Tales from the Borderlands yet. I laughed. I cried. I haven’t been able to say that about a Borderlands game since Tiny Tina’s Assault on Dragon Keep, or about a Telltale game since the first season of The Walking Dead.