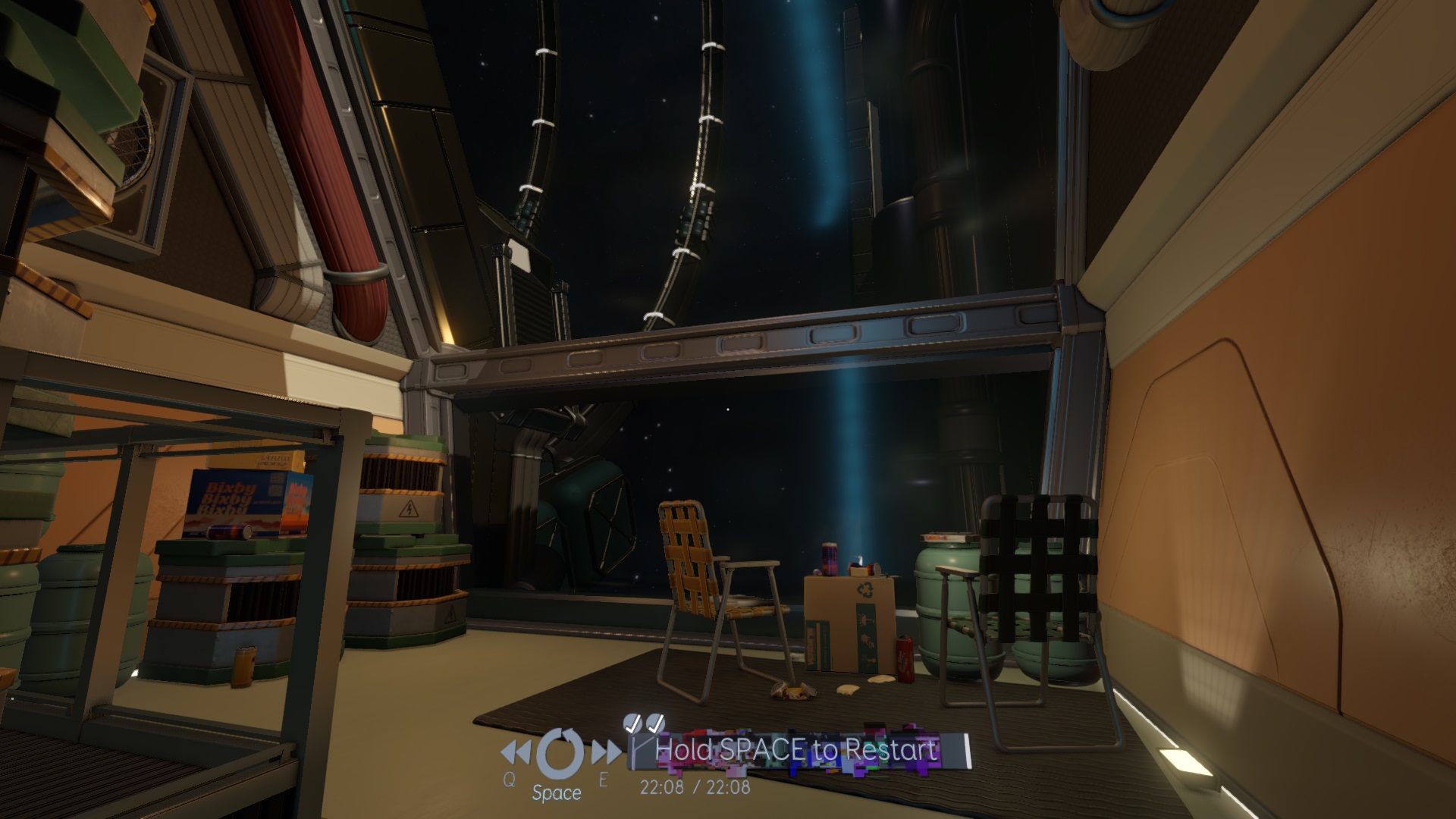 There’s a certain stillness to space station Tacoma. Though it orbits through space and its compartments rotate in steady automation, the station is terribly quiet. It once buzzed with life. The signs of Tacoma’s former inhabitants are inescapable. But those people are gone now, leaving behind only remnants of their time in orbit and some unanswered questions about their disappearances.

Tacoma begins with a simple mission: board the abandoned station and recover any and all data relating to the crew’s final hours. It’s ostensibly a game about traveling through lonely corridors and unoccupied rooms; the real Tacoma exists within the data interfaces and personal logs of the six crew members that once called the sleek station home. 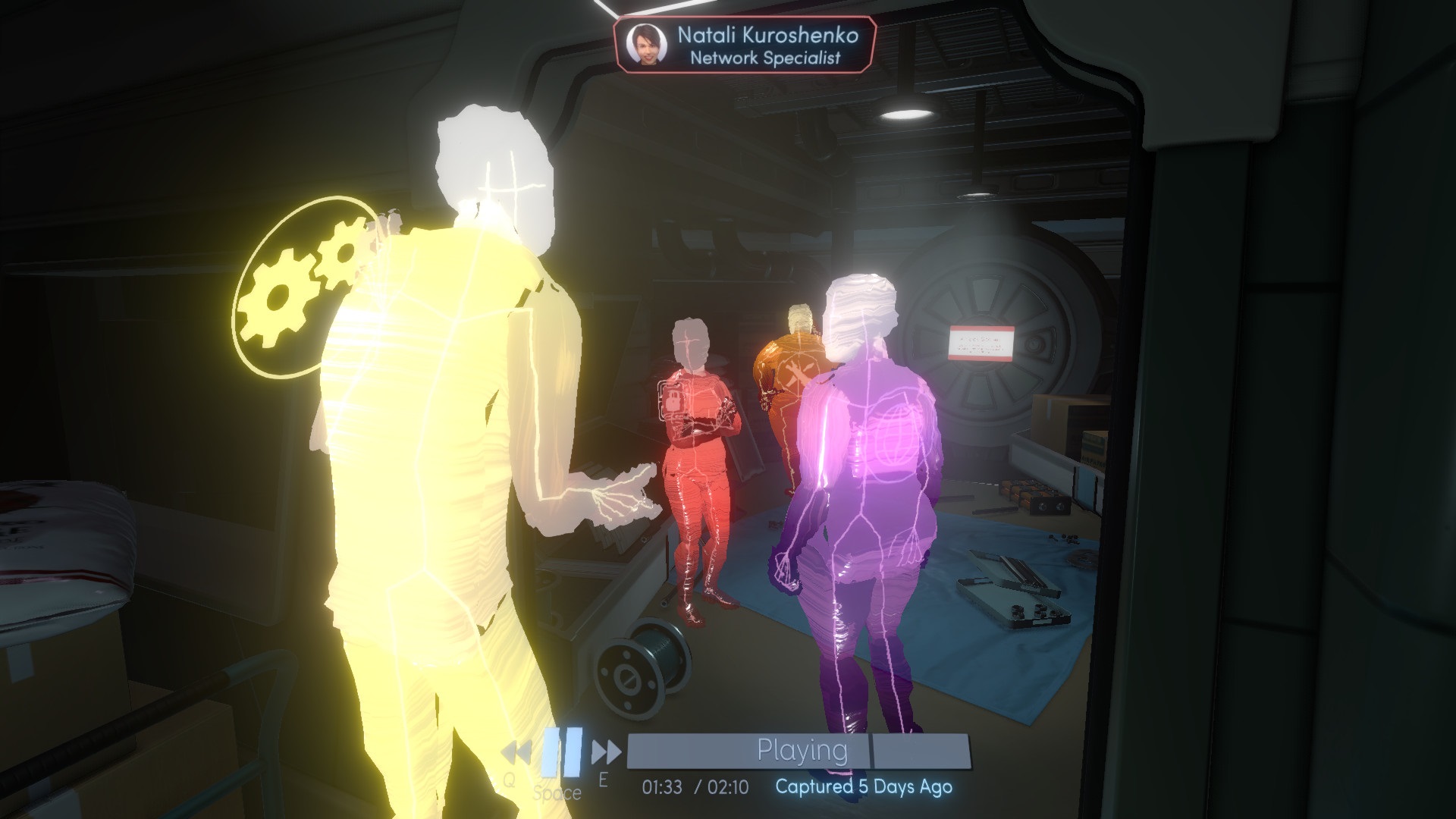 Let’s get something out of the way first. Tacoma only takes a few hours to finish. It’s not a long game, even if you’re intent on leaving no part of the station unturned. But Tacoma‘s runtime is anything but a shortcoming. It’s a powerful tool. From the moment protagonist Amy Ferrier enters the station’s silent halls, Tacoma commands attention. In two hours, developer Fullbright manages to tell a story that’s both gripping and emotional without wasting a single extra minute.

Tacoma weaves sleek science-fiction visuals with augmented reality displays and glitchy artifacts. Once Ferrier steps aboard, she utilizes AR technology to track — and essentially relive — moments from each crew member’s time in space. What begins as a mission to recover data for the sake of the Tacoma’s owners quickly becomes something more; Tacoma allows players to observe and inhabit the lives of six people stuck countless miles away from their homes.

The station’s crew are digital ghosts. They haunt Amy whenever she enters specific rooms. A blip on her heads-up display will appear whenever trace AR footage is recoverable, which allows players to watch the missing astronauts flicker into existence once more. Their forms are cast in single colors and simple shapes, nearly translucent against the station’s interior. At any point during an AR sequence, Amy can pause, rewind, or fast forward the footage, which both adds to the game’s ethereal atmosphere and allows players a chance to follow each scene from multiple perspectives. Tacoma‘s flashbacks aren’t static shots. Each one is full of movement. Characters enter from one room only to converse, walk and wander out of sight. It’s impossible to catch every line of dialogue in one viewing, which means that dedicated players will have to pause the playback and reposition themselves to find characters who vanish from sight. Like ghosts, Tacoma‘s virtual displays care not for the living’s inability to pass through solid objects.

You can piece together what happened during the Tacoma crew’s final days by watching the main AR sequences without much difficulty. But while the story-mandated segments move the plot forward, some extra sleuthing is what truly brings the characters to life. The station is full of personal objects and internal memos for careful inspection. They’re hardly — if ever — required for progress, glossing over them means missing out on what makes Tacoma so special: its overwhelming ability to make its characters feel human. Every member of the crew has flaws and hang-ups. They might be gone by the time Amy docks her vessel and enters the station, but they leave half-scrawled notes to lovers and emails to far-away family members in their wake. It’s not uncommon to paint a picture of one of the crew through how they act during an AR sequence only to later find some snippet of their personal lives that completely changes your perception of them a few minutes later. Tacoma‘s cast is diverse; a collection of strangers from across the globe from wildly different backgrounds, and through some impeccably detailed environmental design, every one of them feels well-realized. 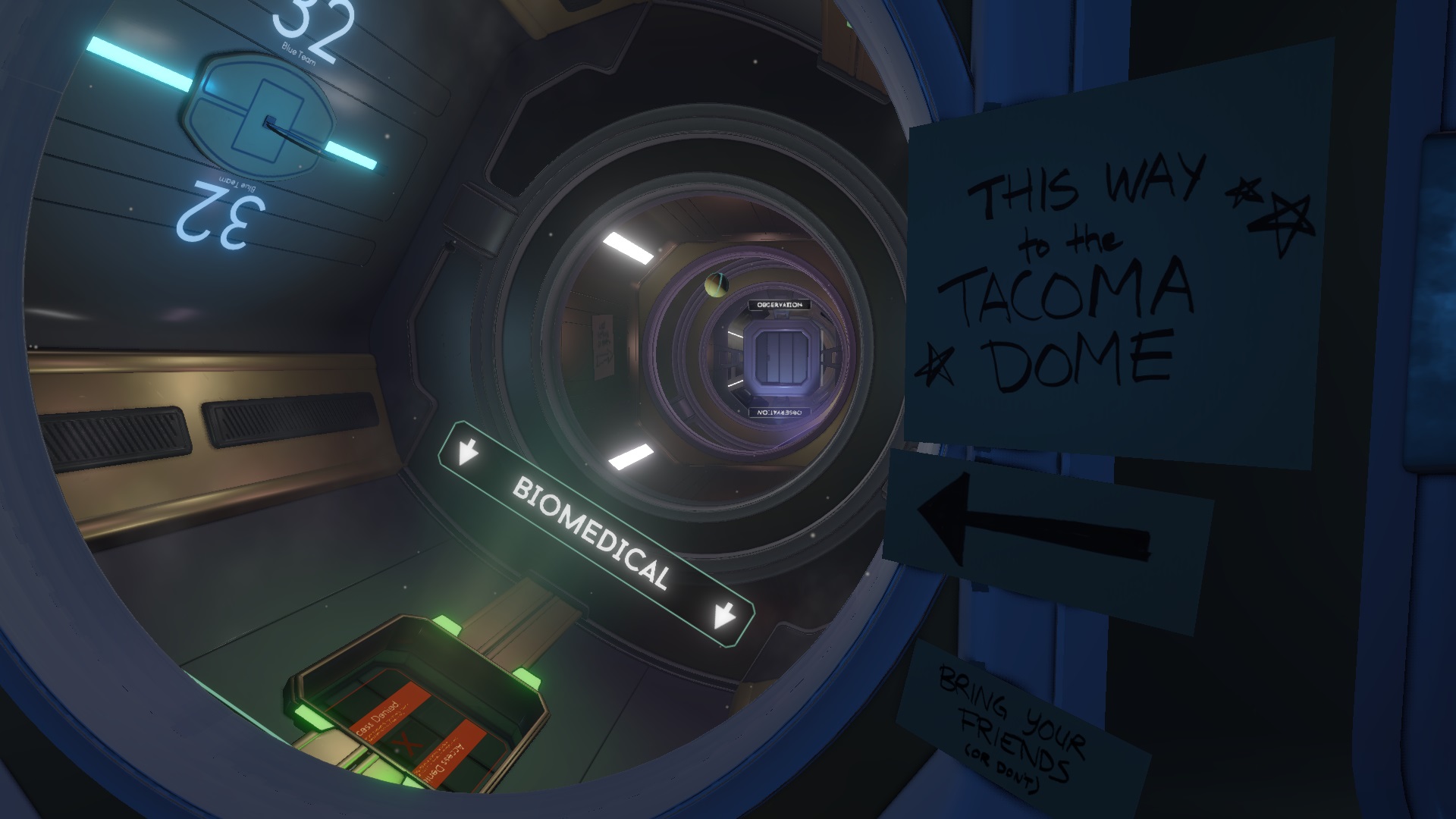 The same too can be said for the random objects that litter the station. Tacoma features some of the most obsessively-detailed pieces of trash ever seen in a game. Snack wrappers, cigarette tubes, and countless other objects are scattered in every nook and cranny imaginable. Amy can pick up and rotate every single one. It might not seem necessary in the grand scheme of things, but the little details packed into the space station are touches of the sublime. Every mug — and the ringed stain it leaves behind — tells a smaller piece of Tacoma‘s story.

Tacoma isn’t for everyone. Though short, it’s meditative and methodical. It’s a game for the quiet explorer and the empathetic. There’s no major action or combat, no perplexing puzzles or fail states. Instead, Tacoma gives players a masterfully crafted setting and encourages them to find out what made the people who once called it home tick. Life, even among the stars, can be mundane and familiar but Tacoma‘s presentation is nothing short of spectacular.