Two years ago, if you had told me Nintendo was making a Mario runner for mobile, I would have laughed directly into your face. Not just any laugh, but a big, boisterous laugh usually reserved for moments of schadenfreude and Tyler Perry movies. “There’s no way they would do that,” I would have argued as I tried to catch my breath from all the laughing and knee slapping.

But here we are in 2016 and I’m not laughing anymore. I just spent the past few days playing a game I thought Nintendo would never create: a mediocre Mario platformer. Oh, it’s also on the iPhone. 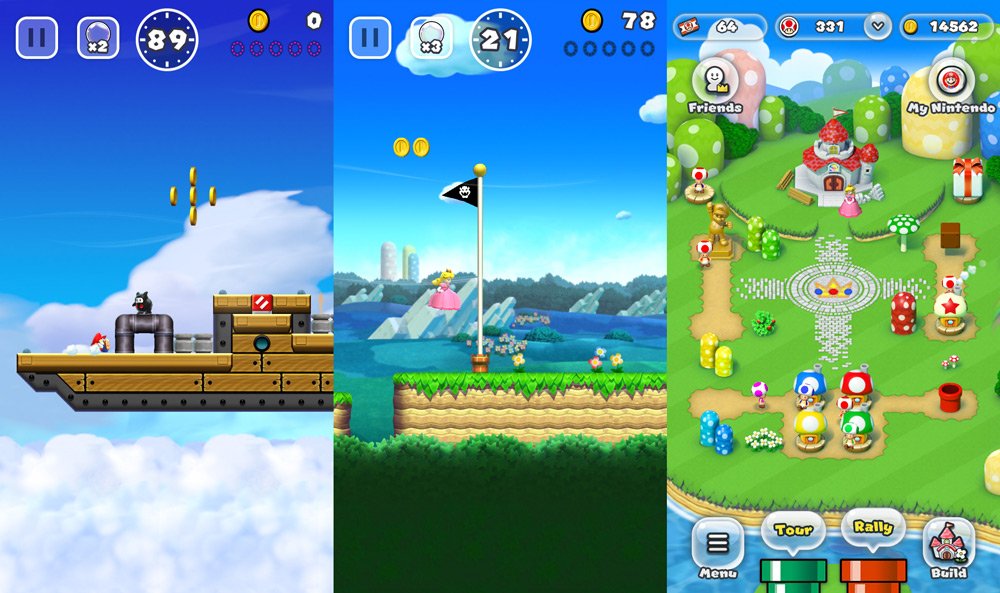 Within 90 minutes of downloading Super Mario Run to my iPhone, I had seen everything the game had to offer. I beat all the levels, tried my hand at the Toad Rally a few times, and I was on my way to creating a cute little kingdom. Having seen it all, it was then I asked myself if the $10 I just spent was worth it.

Super Mario Run is Nintendo’s first real foray into the mobile gaming market and it’s left me at odds with myself. I can see three, potentially quality free-to-play mobile games that have been crammed into one package and sold at a premium. The three main modes of the game are Tour, Rally, and Build. Tour is the campaign where, if you pay, you’ll test your one-button platforming skills through 24 levels. Rally is closer to an endless runner where you’ll race against another player’s ghost to see if you can get the most coins and Toad supporters before time runs out. Build is simply a city-building game.

Before I break down each of these modes, I have to compliment Nintendo on the controls. Super Mario Run forced me to rethink how I play Mario games and just what is possible with the simplest control scheme. You only need to touch the screen to make Mario jump. The longer you hold, the higher he’ll go. Characters only run right and will catapult themselves over small enemies without any user input. Time a press of the touch screen just right and you’ll bounce off that enemy with a trick. Chain enough of these tricks together and you get a run worthy of YouTube. I just wish the level design was more interesting.

Out of the two dozen levels found in the Tour mode, I’d say maybe three elevated themselves to compelling, whereas everything else was easily forgettable. Levels are short, able to be beaten in around a minute, but you are encouraged to return to them to seek out the pink, purple, and black coins. Depending on your skills, this will require multiple playthroughs of the same level to get them all. So if you’re the type of person who argues short games aren’t really short because you can replay levels for high scores, here’s the Mario game for you!

Most of my time has been spent improving my ranking in the Toad Rally mode. With its seemingly randomized level layout, perfecting my one-touch skills kept me challenging more and more players as the battery on my stupid iPhone drained. Sure, the ghost house levels suck here just as they do in the Tour mode, but everything else entertained me as I built up the population of my kingdom.

Replaying Toad Rally leads directly into the Build portion of the game. The more you win, the more Toads come to live at your kingdom. The more Toads you have, the more buildings, playable characters, and scenery features are available for you to purchase with in-game coins. Similar city-building games rely on gems, coins, and a good old-fashioned waiting period for you to unlock anything. Super Mario Run simply asks that you play the Toad Rally mode over and over. Within the several hours I played, I unlocked a good amount of buildings to populate my kingdom, as well as Yoshi, but there are many more I can tell will take me dozens of hours to gain access to. 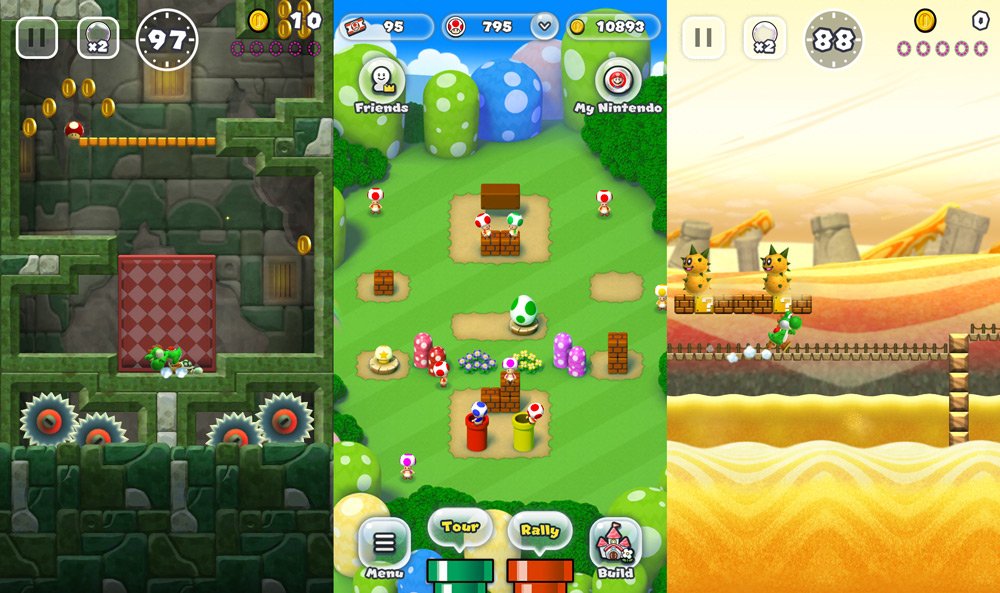 That grind is just one of the systems in place that makes me think this was originally going to be a free-to-play game. There are waiting periods for some of the not-particularly-interesting mini-games and there are the Toad Rally tickets. In order to play the Toad Rally, you have to spend a ticket. As I purchased the game, I was given 20 and through the campaign unlocked about 80 more. I have yet to have an issue getting tickets, but I wonder why I even have to bother with them at all. As a free-to-play game, these would make sense. As someone who already paid for the game, they feel pointless to me.

I had some fun with the game in Toad Rally and I’ll admit it’s cute to watch Toads play ring-around-the-warp-pipe in my kingdom, but everything here just feels half-assed. The level design is amateur, the boss battles, save for the final confrontation with Bowser, are too simple, and the build mode left me indifferent to the whole shebang. The controls are there, but everything else feels like Mario b-sides, and that really shouldn’t be the case with this grand entrance into the mobile market.

Now, there’s a chance a year from now this game will be something spectacular and totally worth the entry fee. They could, despite what’s been said, add great new levels, interesting boss battles, new Toad Rally stages, more characters, and some type of collectible to replace the pointless Toad Rally Tickets for people who have paid the full price. But until that happens, I’ll probably just stick to playing regular Mario games.