We all have our favorite Mario game.

Maybe it’s a classic entry you played during your childhood. Maybe it’s a newer one that blew you away. Me? It’s kind of a mix of both, as Super Mario World still rules the 2D roost as far as I’m concerned, but Mario Galaxy 2 and 3D World definitely fit into that latter category.

I’m sure everyone is going to have opinions on which Mario is “best” to include in a Super Mario 3D All-Stars compilation, but the ones Nintendo actually gave us are a decent selection. 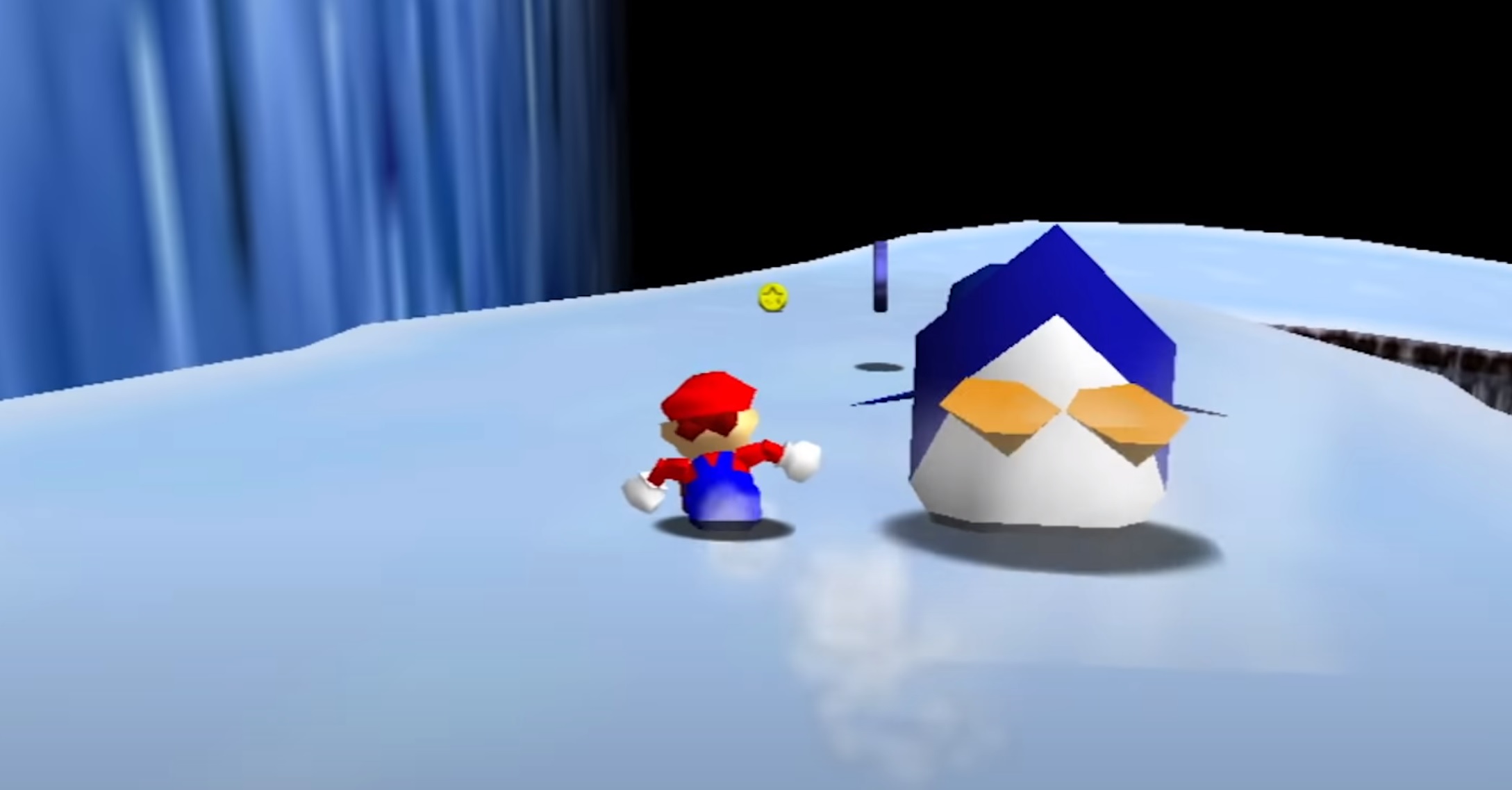 Because I know a lot of people are going to want the technical rundown quickly, here it is:

If that’s not good enough for you, you can close this window now. If you’re still here, it’s time to dig into the games.

Raise your hand if you’ve finished Mario 64 more times than you can count: I thought so.

Say what you will about it “looking and playing like an outdated relic,” but Mario 64 still holds up for me. The incredibly enticing hub castle is still a masterpiece in design, as is the open-ended nature of the game and the devilish machinations of hidden stars. The presentation of Mario 64 in this package is somewhat disappointing, but the game isn’t.

Mario 64‘s sandbox puzzle approach is brilliant. If you hate a mission parameter or even a full level, you can just leave. As a kid, there were entire portions of the castle that I didn’t explore fully until I made the push to acquire all 120 stars. The fact that the hub is actually a level (and isn’t so labyrinthine that it starts to become a chore to navigate) still blows my mind.

The controls translate well to the Switch (as they did on the DS), and naturally, the camera can take some getting used to if you didn’t grow up with the original. It’s very fun to play in handheld mode, but as a note, this is “Super Mario 64,” not the DS version with extra content. There isn’t a whole lot more to say about this one. It’s a classic, but the 3D All-Stars version isn’t going to wholly convert anyone. 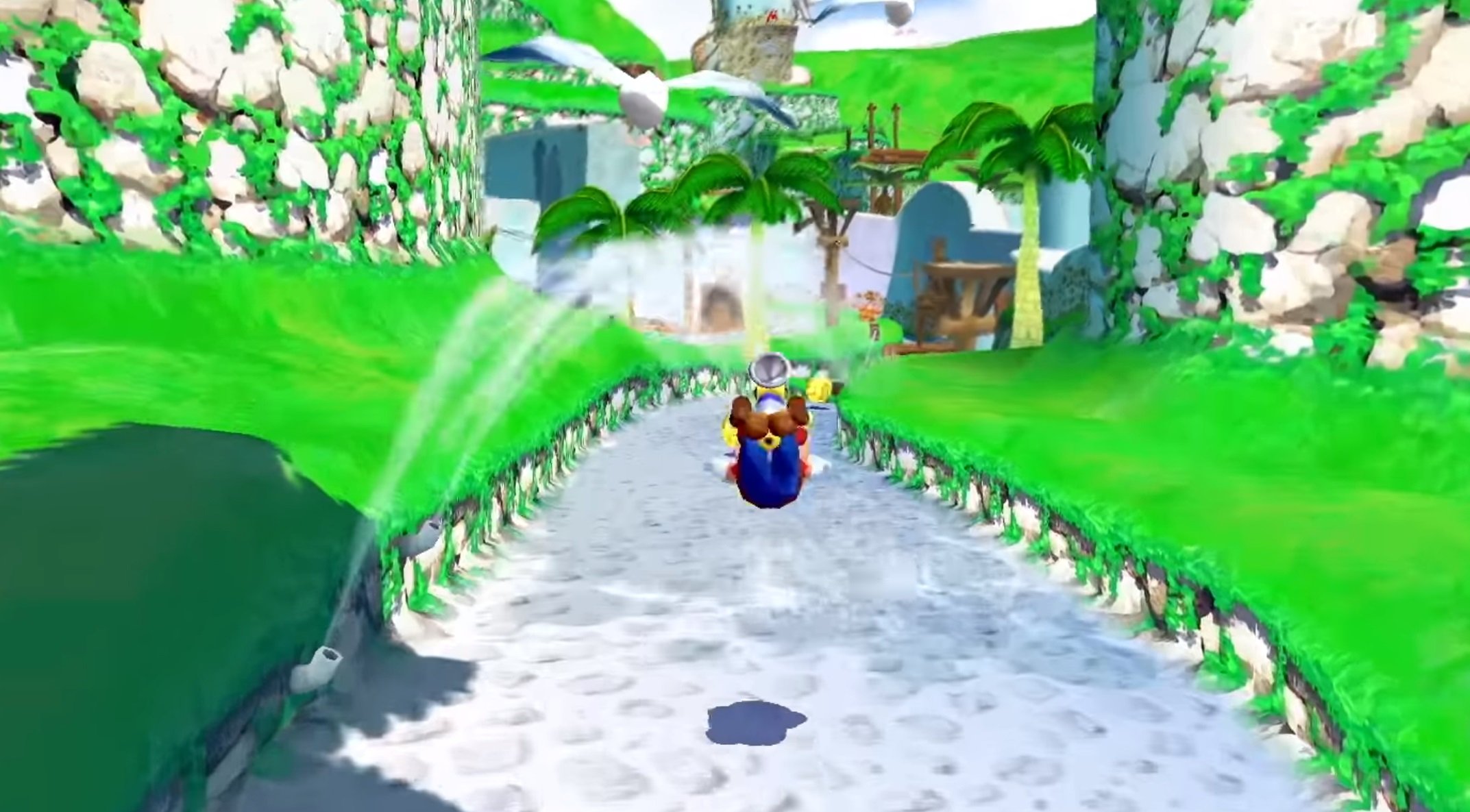 Look, I’ve played Sunshine more than enough to make a judgment call on it (I even had a Sunshine speedrunning competition with a friend of mine with side-by-side TVs!), and I know I’m wading into dangerous territory here, but it’s still incredibly polarizing.

Foundationally, Sunshine is a 3D mascot platformer with a water jetpack strapped to Mario.  I’m just going to get into it: the problem lies with the FLUDD system. Depending on who you talk to, having to micromanage the FLUDD is either strategically engaging or tedious. I’m somewhere in the middle. Aiming it can be a chore and the gimmick can feel very tired halfway in as the game tries to come up with more tricks to constantly refill your water meter without trivializing many of its puzzles or battles. Although there are lots of clever ways the game eases you into these situations, for me, the best levels are FLUDD-less, full stop.

There are some really interesting and abstract designs in these side levels, years before Mario Galaxy was a twinkle in someone’s eye. The FLUDD isn’t a constant problem either; it just crops up every now and then and becomes a thorn in your side. The tropical setting of Isle Delfino is also starkly unique, a few levels are legitimately taxing, and the stakes feel a little higher overall. As far as the All-Stars version goes, Sunshine‘s resolution is better than Mario 64 while docked, and GameCube-era visuals still look great to me, minus some washed-out colors every now and then.

I revisit Sunshine around once a generation and appreciate it slightly more each time — even if it is still near the bottom of my 3D Mario power rankings. Hey, guess what you all? I did it! I made a definitive ruling on Mario Sunshine. I’m sure this won’t be debated for another 18 years. 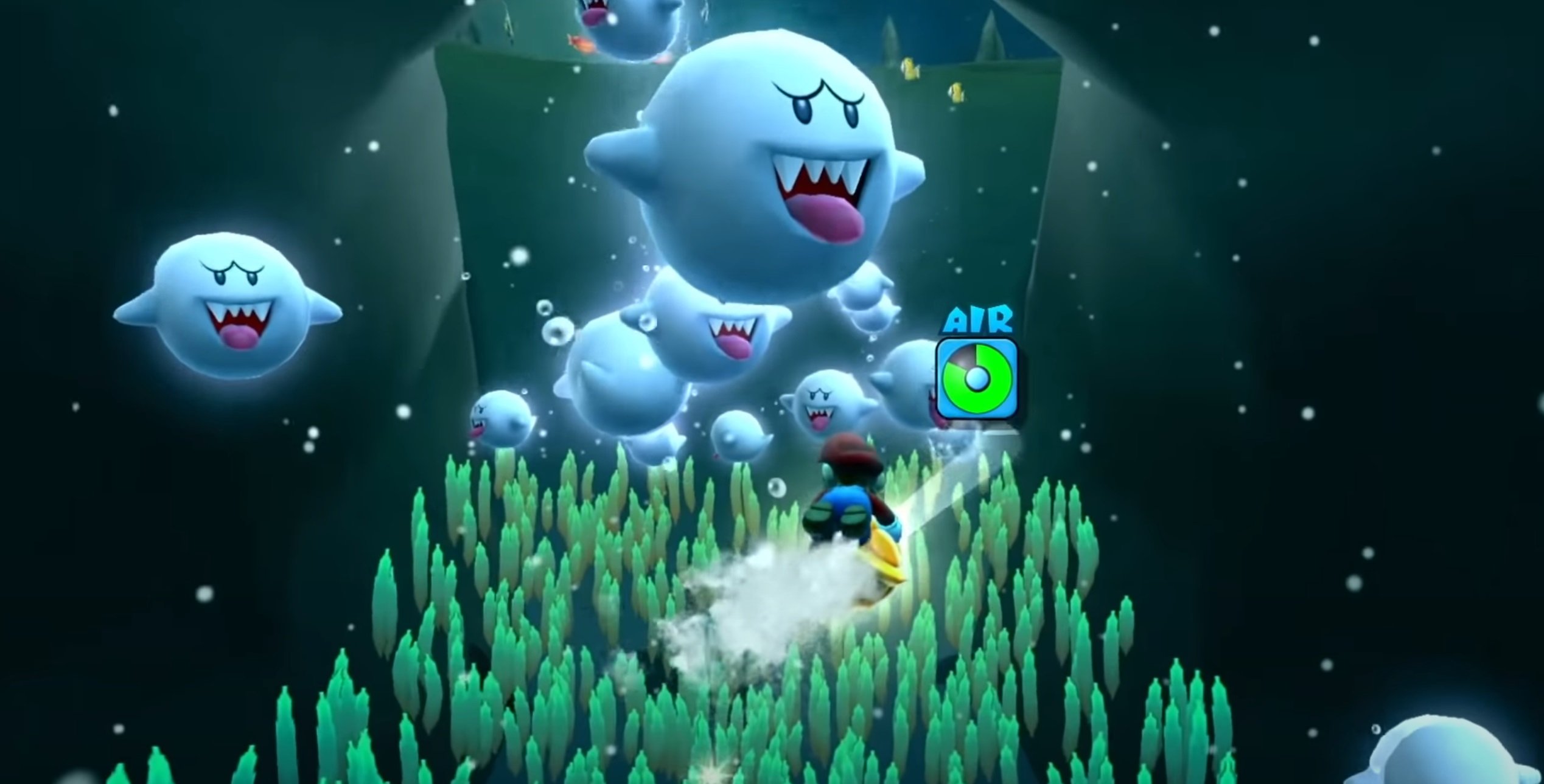 Mario Galaxy on the other hand…one of the most disparaging things people say about it is “sure, but it’s no Mario Galaxy 2.” And hey, not many games could measure up to that masterpiece of a sequel! But Galaxy 1 still stands on its own, especially now that more control options are available.

Most notably, you can play the entire thing in handheld mode, as Nintendo opted to sub in touch screen functionality for the Wii’s IR pointer. If you’re playing docked or in tabletop mode, Nintendo requires motion controls — but the Pro Controller’s Y button can double as waggling for Mario’s spinning mechanic (you’ll also need an extra Joy-Con for the passive co-op mode). Speaking of the Pro Controller, the game is fully playable with it. Menu selection and star bit shooting are done through motion-control aiming. Easy enough.

As far as the bones go, this is the game in the trio I’ve played the least, but I really enjoyed discovering it all over again. The level design is a bit uneven in that some feel appropriately epic on a galactic scale, and a few have a copy-and-pasted feel to them like you’re going through the motions until you’re wowed again — a pacing problem the sequel addressed. But Galaxy can suck you in if you let it, especially if you’re isolated from the ability to play Galaxy 2, this collection’s big omission.

Mario Galaxy also has a fair bit of worldbuilding (including a brutal intro where Bowser’s forces completely wreck the Mushroom Kingdom), but it’s a lot more digestible and adorable, as the galactic motif is extremely zen-like. The introduction of Rosalina also assists in helping Galaxy craft its own world, without the reliance on nostalgia. It plays very smoothly and still looks great to this day (shots fired: the two Galaxy games look better than some current-gen games). It deserves to be in this collection.

As far as 3D All-Stars‘ extras go, you’re basically getting a music player for all three games (that can be used while the Switch is in portable mode like a little iPod) and that’s about it. The menus are eloquently framed like a museum of sorts, but once you read the flavor text and flip through the available music tracks, you’re done. The games are the core of this release.

Super Mario 3D All-Stars, as barebones as it might be as a compilation, is a great way to experience (or re-experience) these games all over again. It was a joy running through all three of them even if they weren’t strictly upgraded. That goes double for Mario Galaxy, as this is going to be my preferred way to play it from now on.