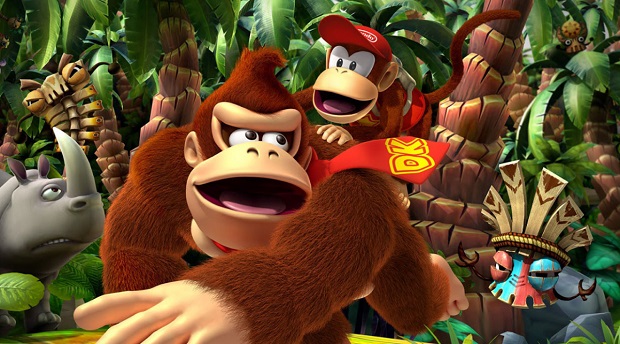 You don’t need this

PAX is full of weird pandering shit designed to appeal to the almost 100,000 gaming fans that come out for the convention. Any company would be remiss to pass up the opportunity to make some easy extra cash by selling products that show-goers buy based on reference rather than actual appeal. Imagine our delight when we found a sign at Starbucks imploring us to get a Donkey Kong Frappuccino.

Hamza, Jordan, and I all took the plunge on the DK monstrosity. Yep, we had to buy it just because of the name. Dammit, these shitty marketing tactics actually work. No regard for price or ingredients, one by one, we all did the DK Frap.

After swiping our credit cards, we found out that this iced concoction is a java chip frappuccino with an added banana, an extra shot of espresso, and toffee nut. Also, it only came in a size that’s an Italian word for “Too fucking big.” When later reached for comment, the barista dressed as Yoshi stated it cost “around eight dollars or something.”

The visual appearance of the drink looked something like a camouflage that a troop in the desert would wear. Brown and more brown with some spotty darker brown things. Unfortunately, its unappealing aesthetic carried over into its much more important quality — taste.

I honestly don’t even know how to describe how this drink tasted, as it was mostly a mash-up of different flavors that didn’t really blend well together. I might’ve enjoyed it slightly if I had about eight ounces of it, not eight million ounces. Jordan contributed to the scrutiny by saying “I think I might like this if it were only toffee,” which didn’t really speak praises of whatever the hell we drank. Hamza just furled his eyebrows at it and sneered.

No one finished. All three went in the trash prior to being halfway done. In fact, we discarded them so quickly, that we didn’t get a picture of them before deciding it should be reviewed. And, there’s no way in hell I’m buying another.

At the end of our Starbucks trip, there was a clear winner: Andy Dixon. He bought a black coffee for a couple dollars; that was absolutely the correct decision. The DK Rap is a treasure that needs to be preserved for generations to come. The DK Frap needs to be forgotten as quickly as possible.