The Death Star is such a no-brainer for Star Wars Battlefront. The iconic assault against the Empire’s superweapon has appeared time and time again in games, and for good reason. It’s cool! Thrilling, even. And as much as I prefer DICE’s superior on-the-ground battles to its aerial dogfights, Battlefront could stand to have more maps and modes for the latter to balance out the package.

I’ve seen people express a renewed interest in the game thanks to this expansion, and I totally get it. The concept is sound. But having helped blow up the Death Star a few times (and failed to even get a chance to do so countless more), I’m far less optimistic about the DLC than I thought I’d be. 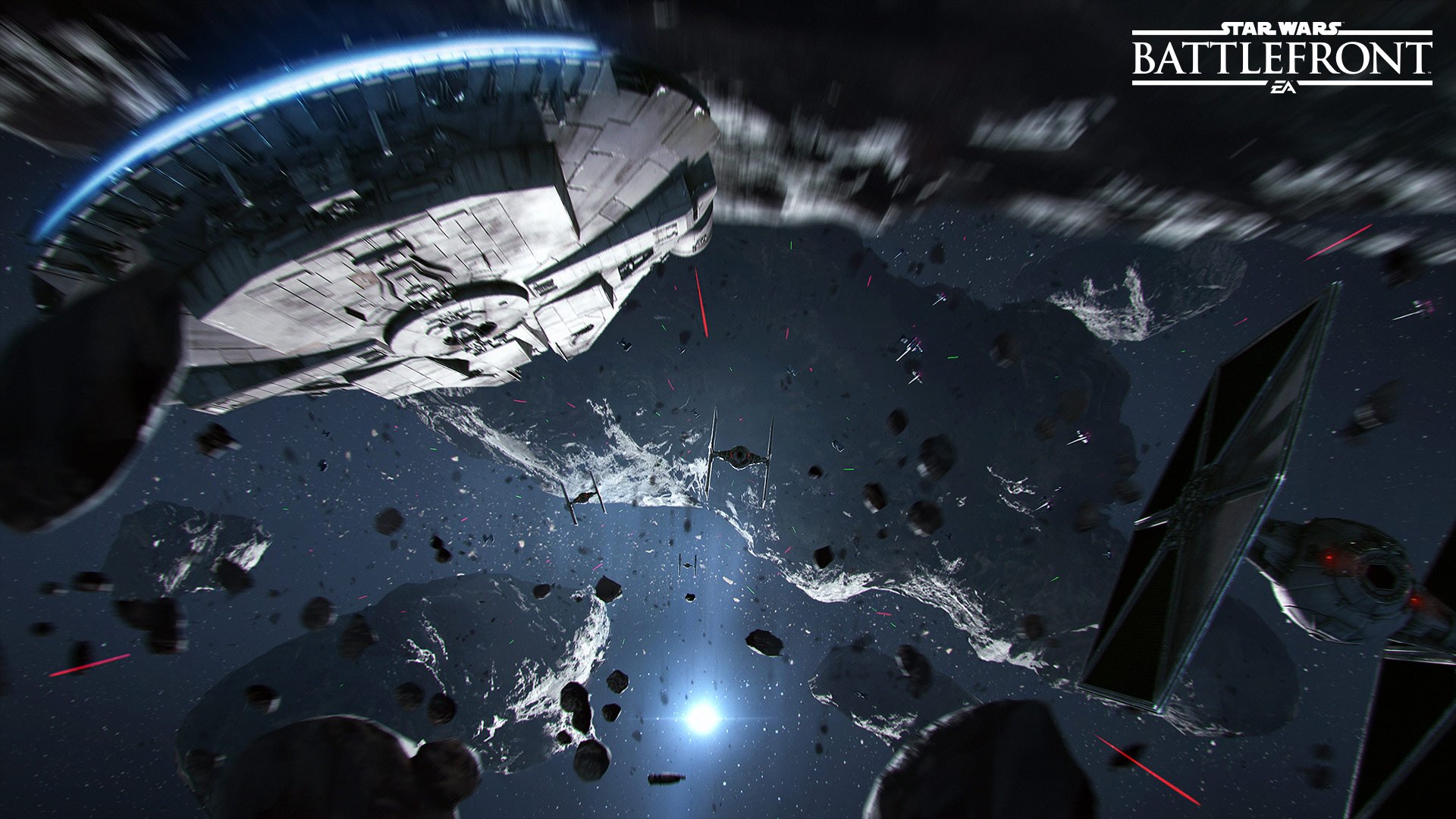 The primary draw here is Battle Station, a new mode that can play out over three distinct phases. The first has the Rebels chipping away at waves of TIE Fighters in space. Clear ’em all out, and computer-controlled Y-Wings will roll in to weaken a Star Destroyer, temporarily exposing its weak points for the human-controlled ships to shoot up. That back-and-forth happens a handful of times until either a) the vessel is kaput, or b) the timer runs out. In the latter case, that’s it — the Empire wins. The game ends.

But assuming the Rebels pull through, and they often do, Battle Station shifts (after a not-exactly-quick loading screen) to the Death Star’s interior. They now have to work their way on foot to R2-D2, who one lucky person then gets to control and steer to an extraction point alongside the team. If the Empire can prevent that from happening with a strong defense aided by continuous near-partner respawns, once again, the game will end. That exact scenario came up a lot in my sessions. The discouraging thing is, even as an Empire player, I didn’t want Battle Station to conclude prematurely like this. I wanted it to continue into the third round — the surface of the Death Star — and I think that’s a common sentiment.

Here, the Rebel Alliance and the Empire clash in space once more, but there’s a greater sense of urgency. At regular intervals, three Rebel players are selected to blow up the Death Star. They’re sent into the trenches to fly through designated checkpoints en route to the exhaust vent. Everyone else in the match is either chasing after them to help or hurt their chances, including Luke Skywalker in his Red Five X-Wing and Darth Vader in his TIE Advanced. If the wrecking crew is wiped out, another three players are chosen for the job. This process repeats until someone succeeds or the timer runs out.

On the defensive, none of Battle Station feels all that different from Battlefront‘s existing Fighter Squadron mode. I think it’s just all right. On the offensive, though, it’s far more exciting. You really feel pressed for time. That goes triple for the trench run, where you’re feeling the weight of your whole team and trying to go slowly enough to not crash but not so slowly that TIE Fighters can shut you down.

Unfortunately, you’re looking at a not-insignificant commitment to get to that point. Battle Station can drag, and there’s no way to take on the Death Star without first going through the mode’s prior two rounds. And, the more I play it, the less it seems to hold up. Does it look great? Yes. Absolutely.

It’s high-fidelity and authentic to what we conjure up when we think of the original trilogy. That said, the in-space fights feel like style over substance. Neither the Star Destroyer or the Death Star seem truly “alive.” The sights and sounds are there in spades, but I felt more immersed in, say, Rogue Leader‘s rendition of the Battle of Yavin. After a few nights of Battle Station, I’m good. I don’t feel compelled to continue with it. I had one incredible win where I made the difference, and that’ll stick with me. 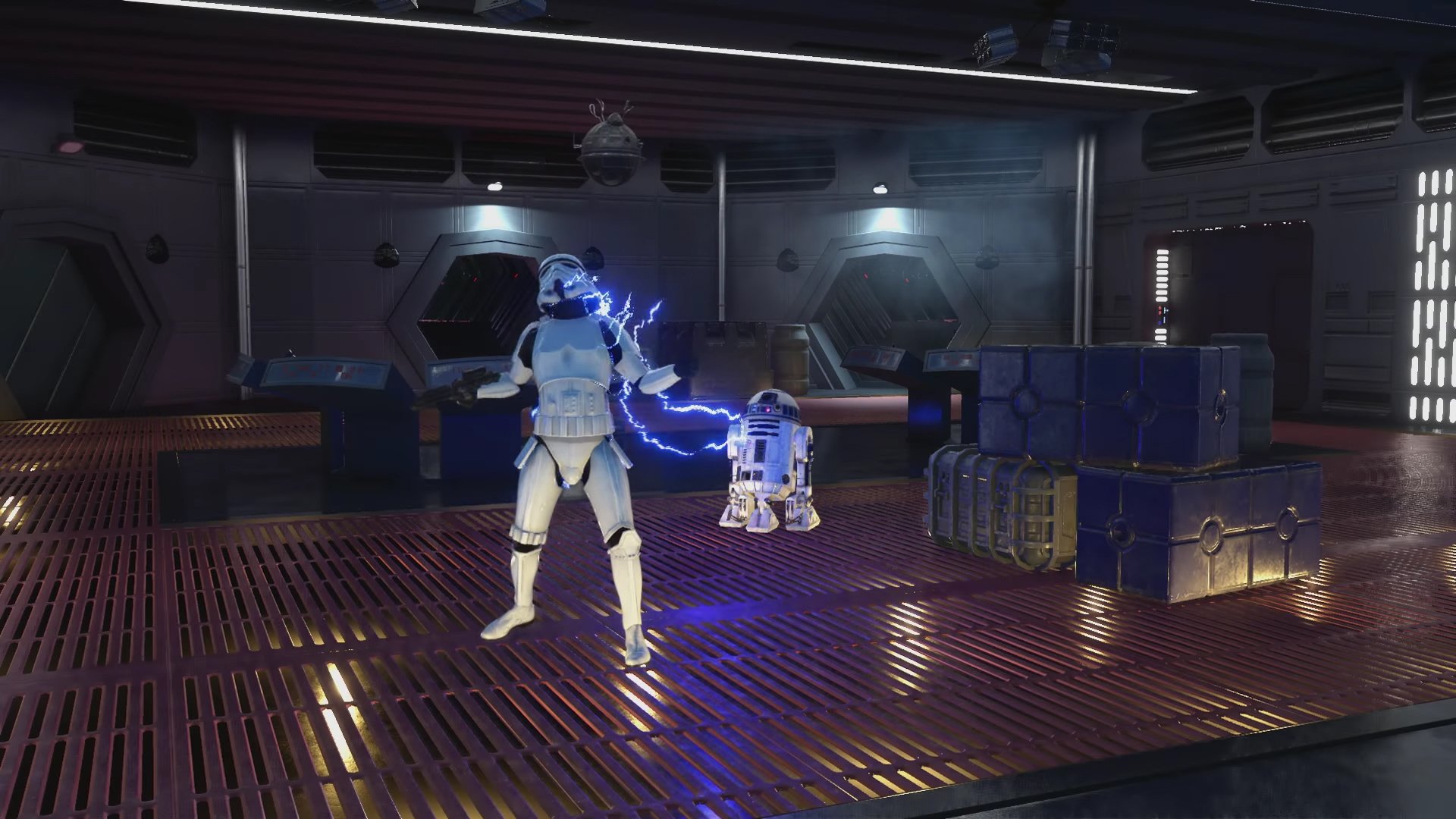 Thankfully, there is more to Death Star than that lone mode and a new map for Fighter Squadron. There’s also… Blast! Yes, just Blast. For whatever reason, DICE skimped on the modes for this expansion, so team deathmatch it is. I like Blast quite a bit, especially with the new map set inside the station’s halls. The details, like the trash compactor, are all there, just as you’d expect. Everything feels well-adapted from the film sets, if a little less visually interesting than Battlefront‘s more exotic locales.

This map is full of fast-moving blast doors and cramped rooms, perfect for popping in to enact a surprise attack. My main hangup is one that applies to the game overall, and that is the score limit — it’s too low. By the time I get into a match of Blast, it might be about to wrap up (if it hasn’t already ended), and then I’m shuffled into something other than Blast (like Battle Station!). It’s a lot of waiting around in loading screens, which makes it tough to want to keep playing after even a few rounds.

The new gear does little to change that. The weapons (the K-16 Bryar Pistol and TL-50 Heavy Repeater) both have an alt-fire in place of a zoom, and holding it down will cause you to walk slowly and charge up a shot capable of a one-hit kill. If you miss, you’re likely dead — these blasts instantly overheat your gun, leaving you vulnerable. I’m not accurate enough to do well with them, but the design works in light of Battlefront‘s other weapons. It doesn’t feel overpowered. As for new Star Cards, there’s the Laser Trip Mine, which is exactly what you’d expect aside from its bonus ability to scramble players’ radar, and the stationary Medial Droid, which sends out blasts of healing energy for you and your teammates. 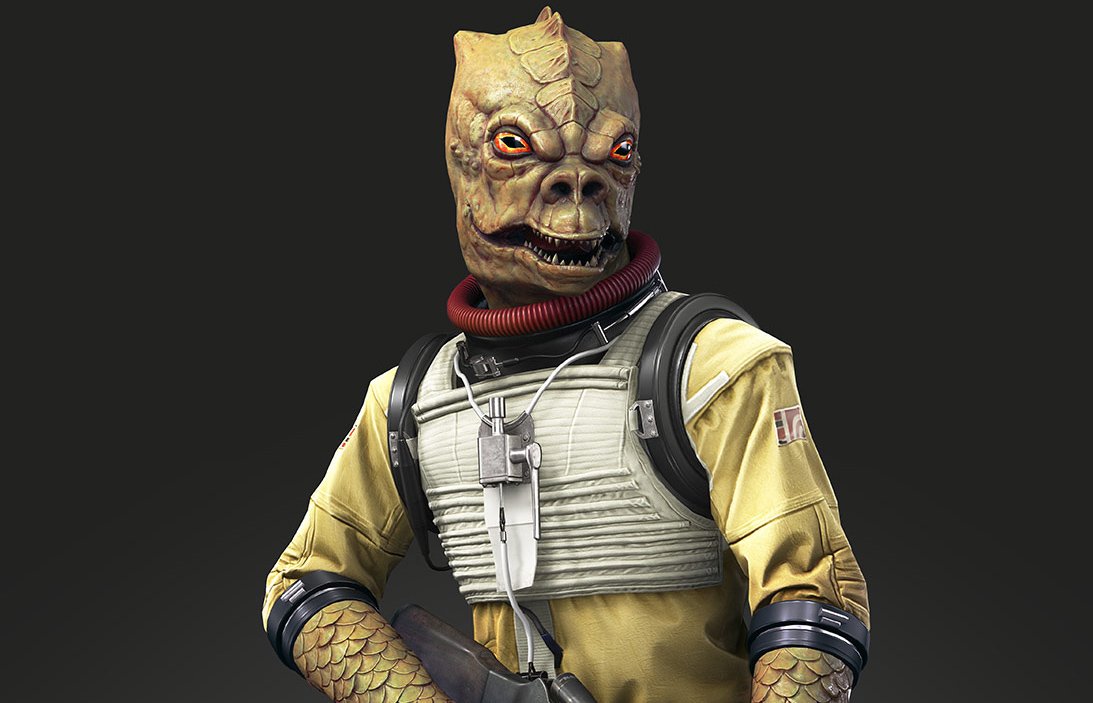 Chewbacca and Bossk further flesh out the expansion as the new hero and villain character, respectively. Both are mighty in the right hands. Chewie can fling explosive bolts (up to eight per shot when his trait is maxed out), he can roar to buff nearby friendlies, and he can smash the ground to wipe out regular soldiers with a shockwave. He’s a beast, as he should be. The one disappointment is his design, which looks dated to the point of being out of place with the rest of Battlefront.

The bounty hunter Bossk is even better. I think he’s my favorite out of everyone. (Luke and Vader are enjoyable with their lightsabers and high jumpin’, but their survivability leaves a lot to be desired.) With each kill, Bossk regains a bit of health, and so long as you play smart, you can keep him alive indefinitely. He wields a Relby-V10 capable of firing off a load of Micro-Grenades that explode on contact, and when he’s in a tight spot, he can leap away while dropping a far-reaching poisonous Dioxis grenade. Lastly, he has heat vision which, when active, also enhances his cooldown rates, damage, and sprinting speed. It’s full-on Predator mode! The only downsides are that it can be hard to tell friends apart from foes based only on their heat signature, and if someone tosses a flash grenade, you’re in trouble.

In short, there are highs and lows to Death Star. With a few expansions down and only one left to go, I was expecting something greater. If not more from the headliner, Battle Station, then at least more mode compatibility with the new maps. There’s no excuse. I came in thinking it’d be an easy sell — and it probably still will be for some given its inherent nostalgia — but I’m coming out of it feeling let down. Taken with the rest of the season pass, Death Star helps round out the wider experience, but I would have a hard time recommending it as a standalone purchase. At this point, I’d go all or nothing.

[This review is based on the final build of the DLC provided by the developer.]