The legend of Star Fox 2 has been a popular Nintendo campfire story for over two decades. Set to be released two years after the original Star Fox, it was subsequently canned right before launch, and all of its development resources were moved to the Nintendo 64.

But it never truly died. I still remember playing a ROM of the alpha edition that a friend had picked up, and the trials and tribulations of its development cycle were basically an open book. It seemed like a taste was all we would get until Nintendo announced a limited release on new hardware — a highly unconventional move that drew the ire of fans after the system sold out online in an instant.

Yes, Star Fox 2 is exclusive to the SNES Classic, and it’s worth giving a shot. 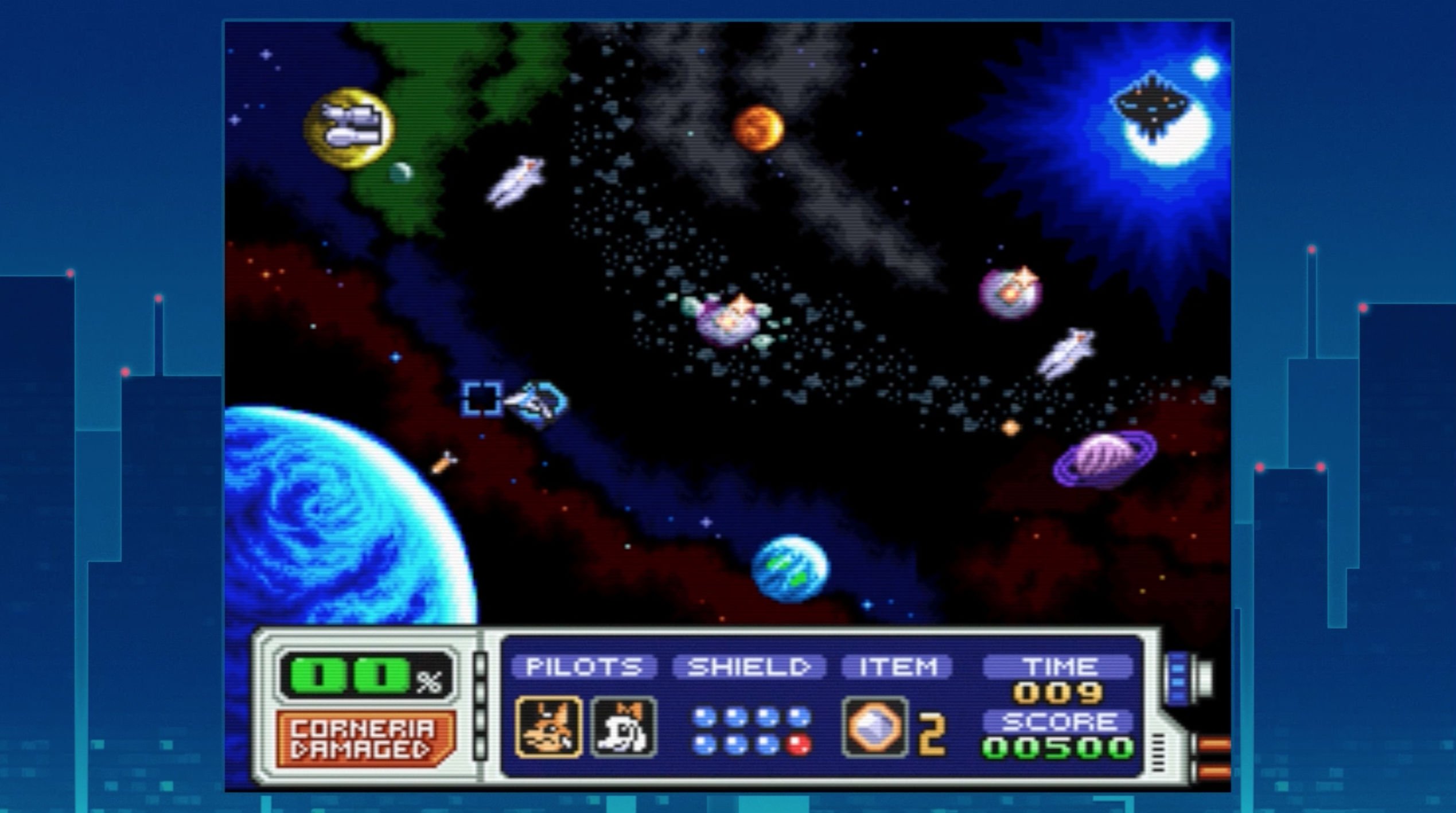 Nintendo made all the right moves in making Star Fox 2 seem familiar to the first at a glance, while silently reworking the series from the ground-up mechanically. Sure, you’re going to be hopping from planet to planet on an overworld, but now that map allows you to free-roam and pick your next jaunt. Space battles are still sprinkled in, but they’re in first-person and have a more dogfight-like feel to them rather than extensions of the same planetary on-rails rumbles.

The same goes for the walker transformation sections and “all-range mode” areas, the latter of which was employed shortly after Star Fox 2 was canceled in Star Fox 64. Add in the power to select a character and a wingman (with two new faces, Miyu the lynx and Fay the dog) that each have unique statlines, and you have a smörgåsbord of alterations. It’s obvious that Star Fox 2 is a highly ambitious endeavor, so let’s talk about how those changes stick.

Selecting a ship is somewhat of a sham because most of the crafts are the same with minor tweaks here and there, but the illusion of building a small party with your favorite characters works. Miyu is also my new best friend and I pick her consistently over Falco, Peppy, and Slippy, and if you so choose, you can have your own personal bestie as a wingman.

As for the general flow, Star Fox 2 is a lot like the original but with a more open map, where Corneria is constantly being bombarded with missiles. Your job is to intercept them (an automated turret will help but needs to recharge from time to time) while taking down aircraft carriers and the planetary bases that launch them. It’s as simple as selecting an area on the map and moving toward it, but again, the illusion of tension works in its favor — the decision to press forward and ignore a missile or go back and prevent it was real.

Why does all of this matter? Well if Corneria’s damage threshold crosses 100%, or you use up all your lives, the game is over. This element of permadeath might have turned people off from the original on native hardware, but on the modern SNES Classic (ha) you can utilize the save state function to literally save yourself the heartache. You probably won’t need it though as long as you’re vigilant.

What I like most is that you’ll be swapping between viewpoints and playstyles on a dime. Traditional first-person battles feel like smooth transitions, as do the classic third-person segments, some of which allow you to swap between a walker and an Arwing at the press of a button. The Star Wolf squad also adds some character to the game’s typically faceless tank bosses, and some mini-exposition between levels make everything feel more RPG-like. Note how I said “RPG-like,” because this sequel is still incredibly truncated — it’ll take you around 30 minutes to beat it (though there are three difficulty levels and some hidden collectibles to find).

Star Fox 2 tries to do so much, and it’s clear that it took its toll on the SNES hardware, pushing it to its absolute limits. Nintendo didn’t make any concessions with the Classic unit to compensate, as the low framerate is still a problem. Initiating a transformation into a walker for the first time is a pretty big moment, but when it’s followed by massive slowdown my mood immediately sours. It’s not that it’s consistently unplayable, just uneven.

It’s hard to tell how Star Fox 2 would have been received if it released as planned. I think it would still have a following to this day due to its loose smattering of new ideas, but that’s precisely why it would have its detractors as well.

[This review is based on a retail build of the SNES Mini hardware provided by the publisher.]